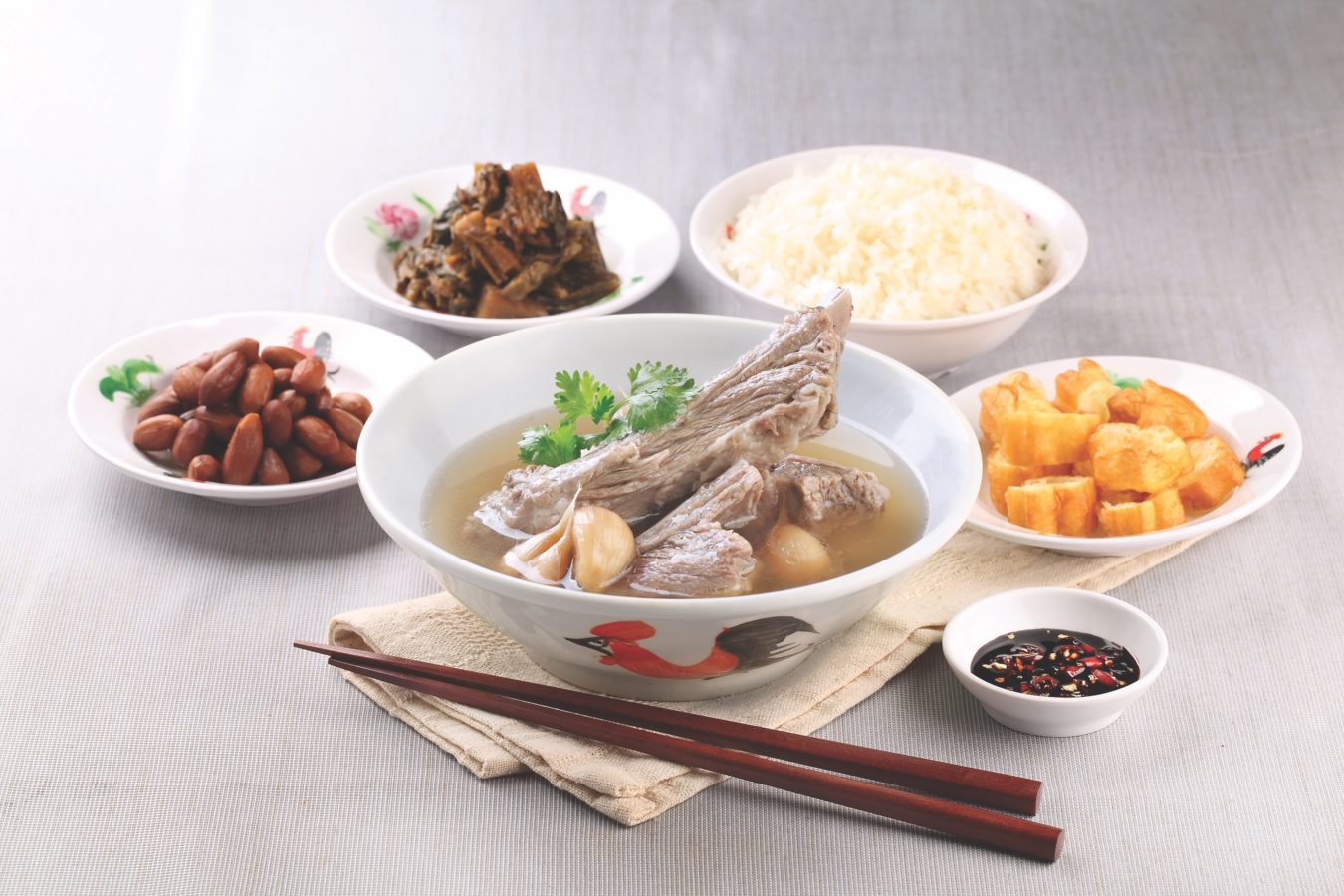 At an age when I imagine myself permanently one with the couch, a pioneer in Singapore’s bak kut teh scene is coming out of retirement to reopen his hawker stall, 45 years after first starting it.

“We have seen many generations come and go through the years, with some bringing their girlfriends, then wives, and now children to come and visit,” Lim said. “We hope to reach these people once again and allow the new generation to enjoy Rong Cheng Rou Gu Cha for themselves.”

Why was Rong Cheng so famous?

Lim first opened Rong Cheng in 1976 along Sin Ming Road, where he became known for cooking the beloved Teochew dish with loin ribs, also called dragon ribs, which are larger and offer a different texture. It’s also costlier, so most hawkers in Singapore today still use spare or prime ribs.

At Rong Cheng, fresh ribs are first cooked in water, garlic, and pepper, and the broth is boiled for one to two hours using a special technique that Lim declined to reveal. The method, however, gives the soup a meatiness alongside its peppery kick.

Rong Cheng’s version eventually caught on among other bak kut teh hawkers, and today popular chains like Song Fa and Founder sell it. Lim’s dish was also featured in high profile food festivals like the Ultimate Hawker Fest in 2015 and the 2017 Singapore Day in Melbourne.

For Rong Cheng, they eventually moved to Midview City in Sin Ming where Lim’s son, Lionel, took over after his father retired due to health reasons. That business was ultimately sold to new owners two years ago.

But is the new Rong Cheng still any good?

Absolutely. The club-like loin rib is meaty yet tender, and the soup offers an eye-watering jolt of pepper. Other dishes are just as worthy. The mui choy, which I suspect is cooked with lard, is deeply satisfying, and the braised pig trotter falls apart at the sight of your chopsticks. Pork liver soup is a finicky dish to prepare, but Rong Cheng’s version is soft and chewy.

Lim doesn’t do all the cooking today – he supervises over an apprentice – but he doesn’t plan to go away again. “I don’t intend to retire!” he said.

Dining Singapore Food Hawker Food bak kut teh
Jethro Kang
Jethro enjoys wine, biking, and climbing, and he's terrible at all three. In between them, he drinks commercial lagers and eats dumplings.