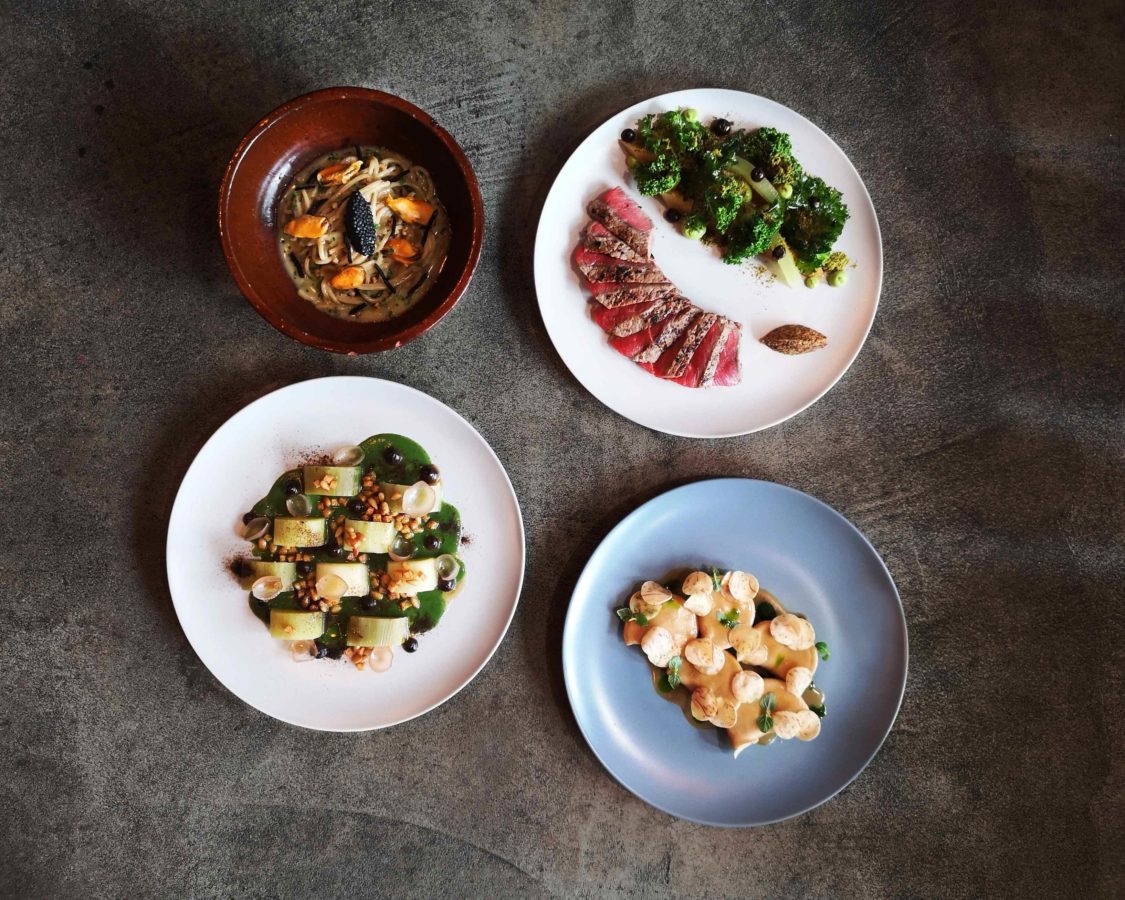 Food & Drink
Review: RVLT’s newest menu fills some pretty big shoes, and then some
Share this article
Next article

Mention heading to a wine bar in Singapore and you’ll usually have a group of friends groaning their despair. “We’re not pretentious, you know,” mutters another.

Too long have wines been subjected to the starched-collared crowd, accompanied by a multiple-paged wine list full of names one can hardly pronounce. Let’s be real, those overwhelmed will end up with a flute of Sauvignon Blanc or a Pinot Noir anyway.

RVLT is an uncommon establishment in this regard. In 2016, two Singaporean sommeliers, Alvin Gho and Ian Lim founded the bar to bring diners into the wine world without the snobbery; an offbeat haven for vinophiles that’s free from the constraints of wine drinking rules.

As they celebrate their third anniversary this year, they’ve introduced a slew of new dishes by Head Chef Sunny Leong (previously of Michelin-starred Corner House).

We were excited. After all, the gastro-bar has big shoes to fill — the legendary patty melt from previous resident chef Kenneth Foong (now Head Chef of Noma, only one of the world’s best restaurants) gained such a cult following, it was almost unheard of if anyone strolled past the doors without a serving. But we digress.

Read on for all the highlights.

You might also like…
Food & Drink
Operation Dagger set to close and re-emerge as a pop-up
Food & Drink
Review: Bar Milano brings the convivial Italian taverna to Keong Saik

The new menu takes on a molecular spin with Wild Spanner Crab With Dashi Crystal Bread And Caviar — a crystalline, hollow “bread” inspired by Pa de Vidre of the (now-defunct) three-Michelin El Bulli, but instead of water, potato starch and kuzu, RVLT’s version is made by dehydrating a dashi stock of kuzu and katakuri to create a wafer-like block packed with flavour.

It’s then crowned with a generous serving of spanner crab seasoned in green apple, kefir, cream cheese, mint, fresh lemon juice and a dollop of caviar to boot. The result? A striking balance of crisp aromas from the apple, buzzing sweetness from the crab and a whole lot of fun to dig into.

The ginger-scallion chimichurri adds a whisper of local flavour to the Air Dried Beef Tartare, conjuring chicken rice in the mind. Except you’re having a steak tartare. The conflicting sensations may feel disconcerting at first bite, but the dish boasts a strangely creamy, addictive texture that had us coming back for seconds.

The moreish Chicken NcNuggets, in turn, brings you right back into the industrial-chic locale. The name, if you guessed it right, is an ode to McDonalds, even served in six, nine and 20 pieces — only this version didn’t originate from pink blobs in a factory. The nibbles are a perfect ratio of hand-chopped soft chicken bones and freshly ground breast and thigh meat, making it uncannily similar to the one from Maccas too.

In place of the crowd-favourite Fettucine in uni butter sauce lies an interesting combination of buckwheat spaghetti that sits in a pool of monkfish liver sauce, dressed with smoked Bouchot mussels and Avruga caviar. Here, the creamy monkfish liver sauce gives the al dente, nutty spaghetti a hearty bite that balances out the pet-nats we were served.

Needless to say, the wine at RVLT is delicious: artisanal, fun and very much ready to get one mabok by the end of the night. The new menu? Innovative and incredibly delightful to dig into. Yet, the real magic of RVLT doesn’t lie in its stemless glasses nor its plates.

In cheeky hideaways like these that serve nothing but natural wine and gastronomical bites, the vibe grows with the number of bottles on your table, resulting in a moment in time that’s organic and deliciously specific to the locale.

RVLT
Address
38 Carpenter St, #01-01, Singapore 059917
Website
Website here
Phone
+65 6909 5709
wine rvlt rvlt
Jocelyn Tan
Writer
Jocelyn Tan is a travel and design writer who's probably indulging in serial killer podcasts or reading one too many books on East Asian history. When she actually gets to travel, you can find her attempting to stuff her entire wardrobe into her luggage. Yes, she's a chronic over-packer.
Travel Design