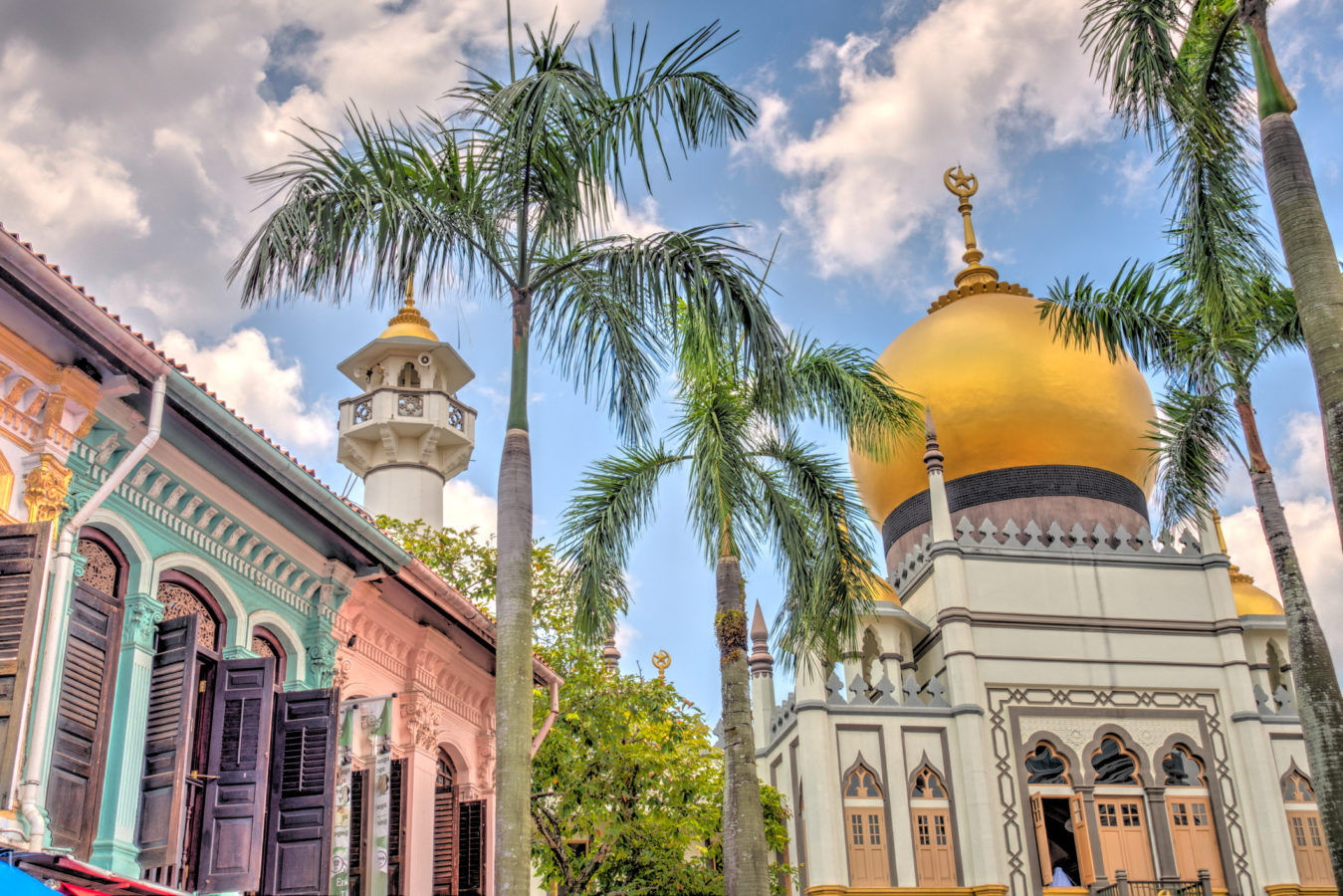 For a weekend amid history, heritage architecture and hot cups of coffee, these nine best cafes in Kampong Glam will serve you well.

Also known as Kampong Gelam, it’s one of Singapore oldest districts and dates back to the island’s colonial times, when it was thriving home to Malay, Arab and Bugis communities. The area was also also one of the seats of Malay royalty in Singapore, who built the grand Sultan Mosque. Today, the landmark is a national monument and remains a place of worship.

The neighbourhood’s Islamic culture continues to live on, exemplified by shophouses that sell antiques and prayer rugs in the shadow of the mosque’s golden dome. More recently, many halal or Muslim-owned cafes offering artisanal coffee, well-made brunch fare and indulgent desserts have also taken up residence in the area. See below for more. 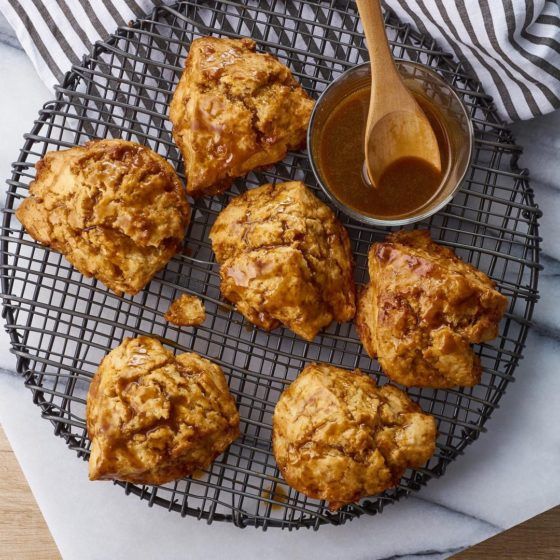 The hype is real at this halal-certified bakery and cafe, which churns out terrific pastries and brunch fare. Using only European cultured butter, cage-free eggs, and unrefined sugar, they offer popular items like Gula Melaka Scone and Kaya Butter Bombolini, while heartier dishes including Shakshouka, Chicken Tikka Panini and Sweet Potato Fries are just as delectable.

Tuesdays to Sundays, 8am to 7pm 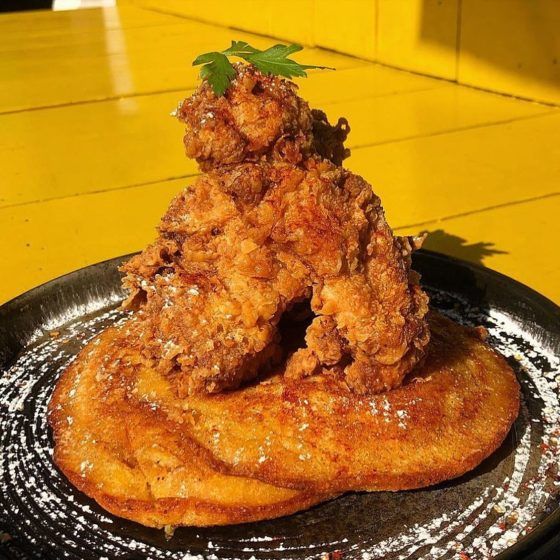 The early bird gets the delightful Chicken & Pancakes at this cafe, which balances crunchy fried chicken on tangy buttermilk pancakes, then douses it with chilli-spiked maple syrup. Other dishes worth getting up for include Truffle Shrooms, Steak & Truffle Mash, and Tom Yum Prawn Pasta. 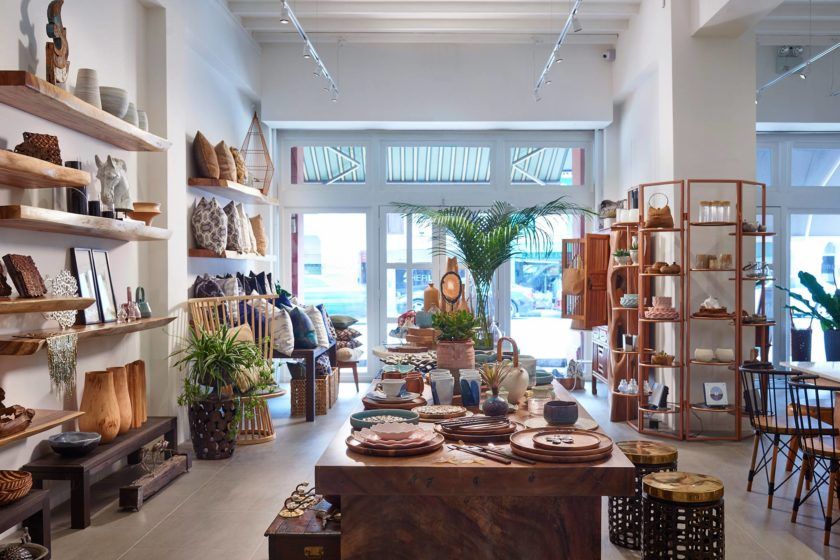 Art galleries usually ban the consumption of food and drink around the masterpieces. Not at Groundstory. The venue displays craft pottery, sculptures and furnishings sourced from around Asia, which you can enjoy while dining on Mushy Peas and Avocado Toast and Pulled Brisket Sandwich. See something you like? All artworks are also for sale. 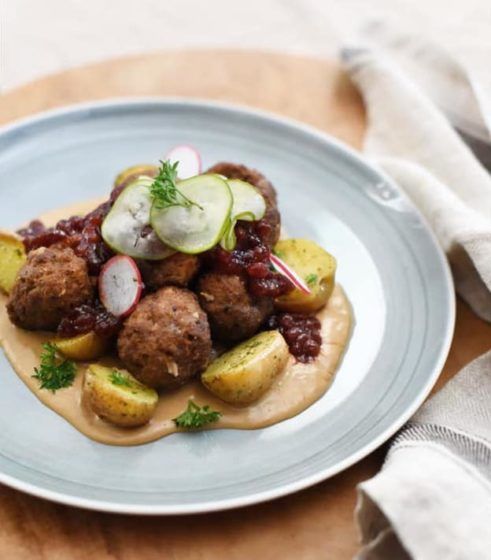 There’s no need to go to a certain furniture store for your Swedish meatball fix when there’s Fika. The Scandinavian-leaning cafe and bistro offers their variation with home-made beef meatballs, baby potatoes, cream sauce, lingonberry jam and pickled cucumbers. Alternatively, try them in a Meatball Melt or a Smörgåsbord of pickled herring, gravlax, open-faced toast with lumpfish roe, meatballs, and Black Angus sirloin. 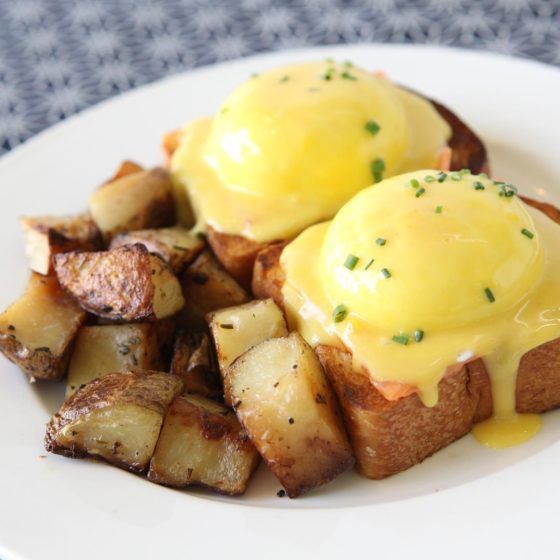 Spectacular comes in the form of Eggs Benedict at The Fabulous Baker Boy. They marry poached eggs with Scottish smoked salmon, plant them on a buttermilk and lemon brioche, and blanket them with olive oil hollandaise. Other terrific dishes include Triple “D” French Toast! (sourdough brioche dipped, deep-fried and drizzled), Fab Duck Confit and Big Lub’s Carrot Cake. 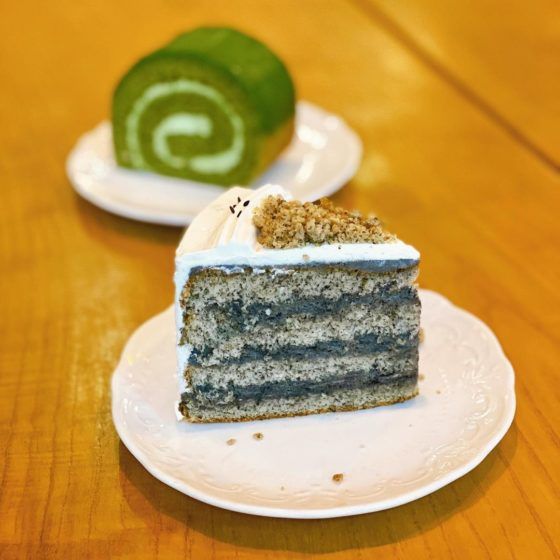 The Pound comes down hard on its Korean-style cakes. The cozy location on Beach Road does classic round cakes and Swiss rolls that are flavoured either with matcha, black sesame, espresso, sweet potato or strawberry. To drink, try the Dutch coffee, a method that involves dripping ice water over coffee ground to offer a pure and smooth brew. 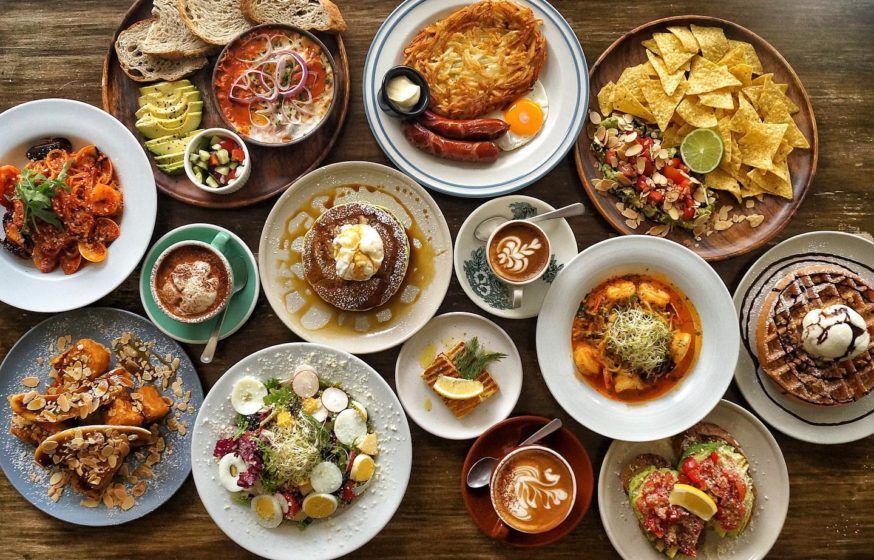 From its nook on the corner of Jalan Sultan and North Bridge Road, Tolido’s serves serious but unpretentious coffee, all-day breakfast and hearty lunches. The rosti with sausages and a fried egg is a firm favourite, as is the French toast with bacon. For dessert, the aromatic pandan pancakes is a winner.

Thursdays to Tuesdays, 8am to 5pm 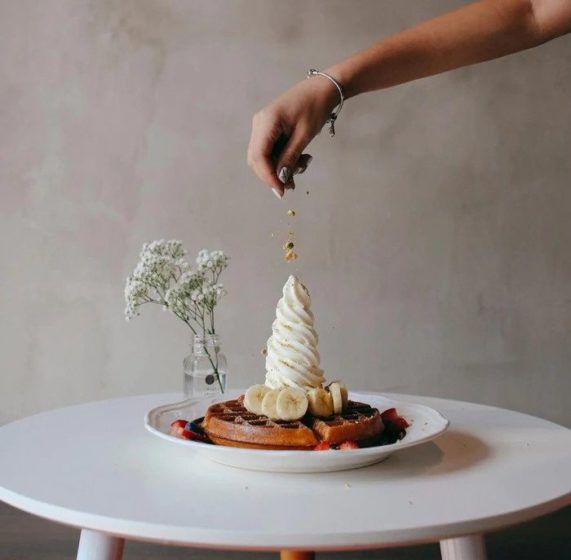 Twenty Grammes is based on the the ideal amount of coffee beans to pull a good espresso shot, which they make using their blend of Sumatran and Brazilian beans. The cafe has grown to specialised in waffles too, with extensive sweet and savoury options such as Smoked Duck Takoyaki to Hojicha Soft Serve. 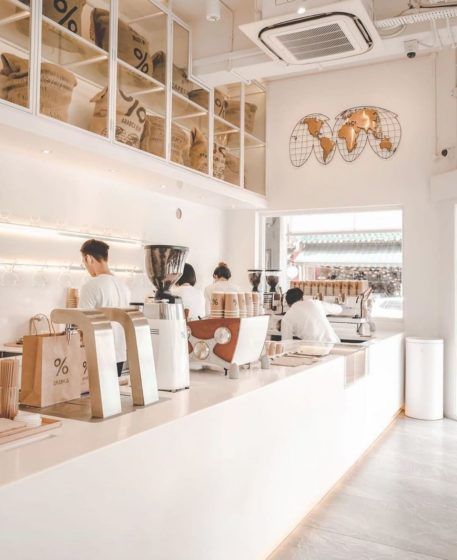 The maths-problem-meets-Japanese-coffee shop opened their first Singapore location here, which presents their signature blend and single-origin beans in styles from an espresso to a Spanish latte (espresso with regular and condensed milk). There is also a long list of beans to-go, and merchandise from bags to shoes lets you display your caffeine allegiance.