The heritage kueh shops in Singapore preserving our food culture

Every culture is defined by its own unique set of customs and cuisines. But in Singapore and around South-East Asia a common thread lies in the universal love for kuehs, a generic term for traditional bite-sized snacks that are either sweet or savoury.

While there are many different kuehs featuring various cooking methods and ingredients, most of these treats share similar characteristics: they’re mostly soft, sticky and firm. It’s a texture that’s unique to the region, irreplaceable by modern Western sweets of today.

Besides being nostalgic treats, each kueh tells a story of cultural exchanges between people of different races and regions. The ang ku kueh, for instance, is a traditional Chinese treat that now sees Peranakan influences. Indonesian and Malay kuehs, like kueh lapis, have become well-loved treats by everyone regardless of borders.

Sadly, the labour-intensive craft in Singapore is one that’s fading. Yet, some old school confectionaries and bakeries are still holding on to their traditional recipes. There are hundreds of kuehs around, each with their own unique history. It might just be impossible to learn all about them in our lifetime, but here’s a quick headstart to kuehs. 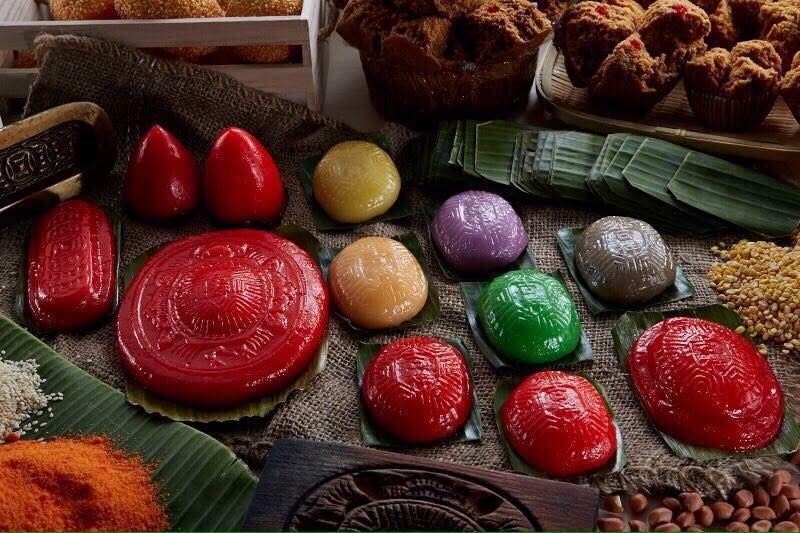 Tiong Bahru Galicier, which has been around since the 1970s, is more a gallery of Peranakan and Indonesian kuehs. Nearly a hundred varieties can be found within this old-school bakery, along with Western-style cakes, buns and pastries. Since each kueh is handmade, there’s only limited stock of each type every day and it would be wise to go hunting before lunchtime to grab a box or two of its famed putu ayu (pandan Bundt cakes topped with grated coconut infused with gula Melaka) and lemper udang (a glutinous rice roll stuffed with a spicy shrimp mince). Look out for their kueh ambon as well, an Indonesian ‘honeycomb’ spongecake. What started out as a small stall at an neighbourhood eatery became a full-fledged bakery dedicated to the craft of traditional Indonesian kuehs, cookies and cakes. One of the most popular creations here is the kueh lapis which comes with prunes, Nutella spread or rempah spices. Deli Maslina also continues to the tedious tradition of wrap kuehs in banana leaves. A rare treat to try here is the kueh jongkong which sees pandan-infused coconut milk mixed in with rice four. Teochew kuehs are the highlight at the simply-named shop Kuehs & Snacks. These treats are often on the savoury side, such as the blush pink png kueh that’s stuffed with bamboo shoots, mushrooms and shrimps. There’s also a black version, a modern take on the png kueh that’s infused with Chinese herbs. Other classics to try here include the soon kueh (a translucent dumpling with bamboo shoots and jicama) and koo chye kueh (a chive-stuffed kueh). The fourth-generation business has been a household name for putu piring long before its feature on the Netflix series, Street Food. The brand, now helmed by Aisha Hashim, started as a humble street stall but has since expanded into a few stalls scatted between coffee shops and malls. While it looks similar to the Chinese tutu kueh (a steamed rice flour cake), Aisha’s traditional treat has a filling of gula Melaka and is enjoyed with grated coconut on the side. HariAnns offers Peranakan food and kuehs made from traditional recipes passed down through three generations. Like Traditional Haig Road Putu Piring, HariAnns evolved from a humble pushcart from the 1950s to casual eateries in malls. Kuehs remain a highlight here. All sweets are handmade and follow traditional cooking methods. One of the most popular treats here is the kueh salat with pandan and blue pea flower-infused rice, ondeh-ondeh with gula Melaka syrup and the colourful kueh lapis sagu (read: jiu cheng gao or rainbow kueh). Best with a hot cup of kopi. 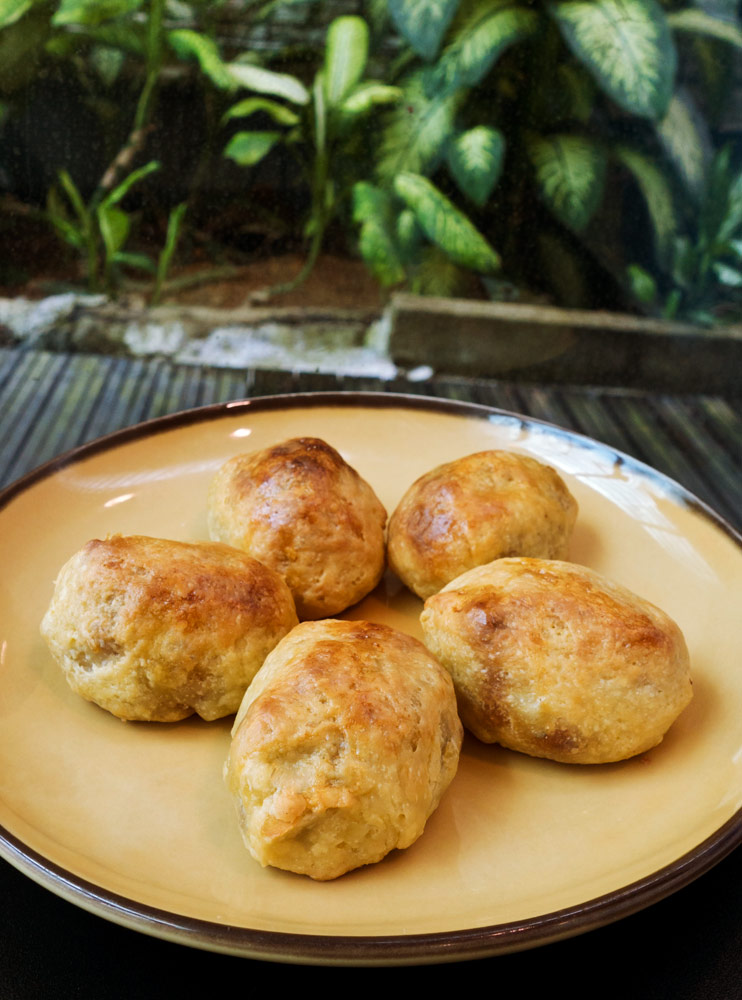 Eurasian kueh is not as commonplace as Malay and Chinese ones.  But at Mary’s Kafe, a popular lunch spot serving Portuguese-Eurasian cuisine, one can find a decent list of traditional desserts and snacks. Owner Mary Gomez, also the author of The Eurasian Cookbook, is known for her sugee cakes and pang suzies (sweet potato buns stuffed with minced meat). 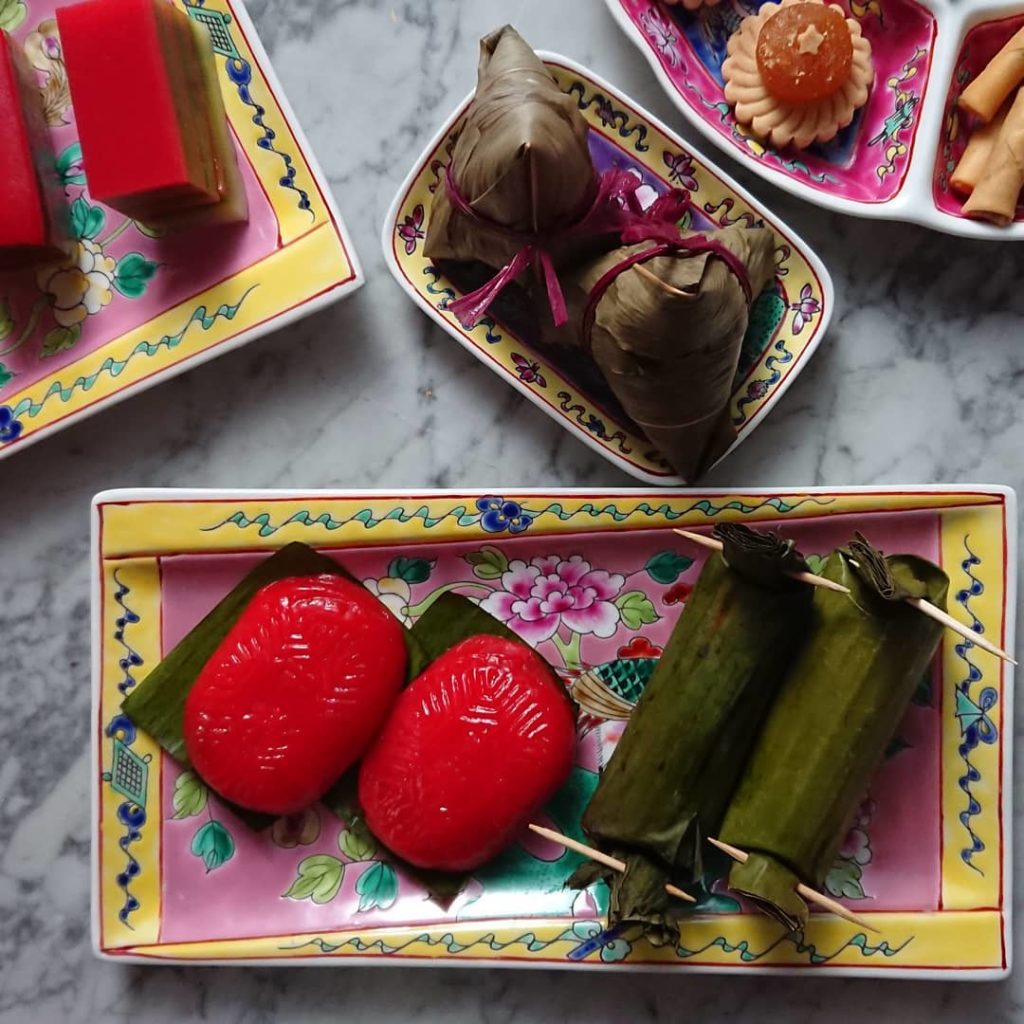 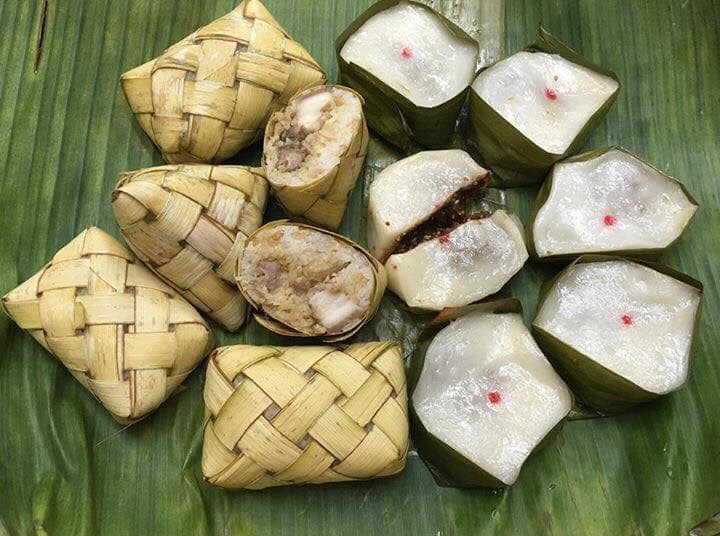 This hawker stall has been in operation for over 40 years hand-making rare Hainanese kuehs. It was founded by the late Madam Yeoh Min Lin in the late 1970s and is now run by her son. One of the best-known treats here is the yi buah, a sweet glutinous rice flour dumpling with coconut, gula Melaka and ginger. There are other unusual creations such as the kueh dai jian, a sweet soup with herbal rice noodles.

kueh galicier ji xiang
Jasmine Tay
Senior Writer
Jasmine Tay is the dining, culture and jewellery writer. She makes fine silver jewellery and causes mini-explosions in the kitchen when she can't afford fancy dinners. Sometimes she tells people what she thinks about art, and binges on the music of Danzig when they don’t agree.
Dining Culture Jewellery

Feast on the king of fruit with these durian delivery services