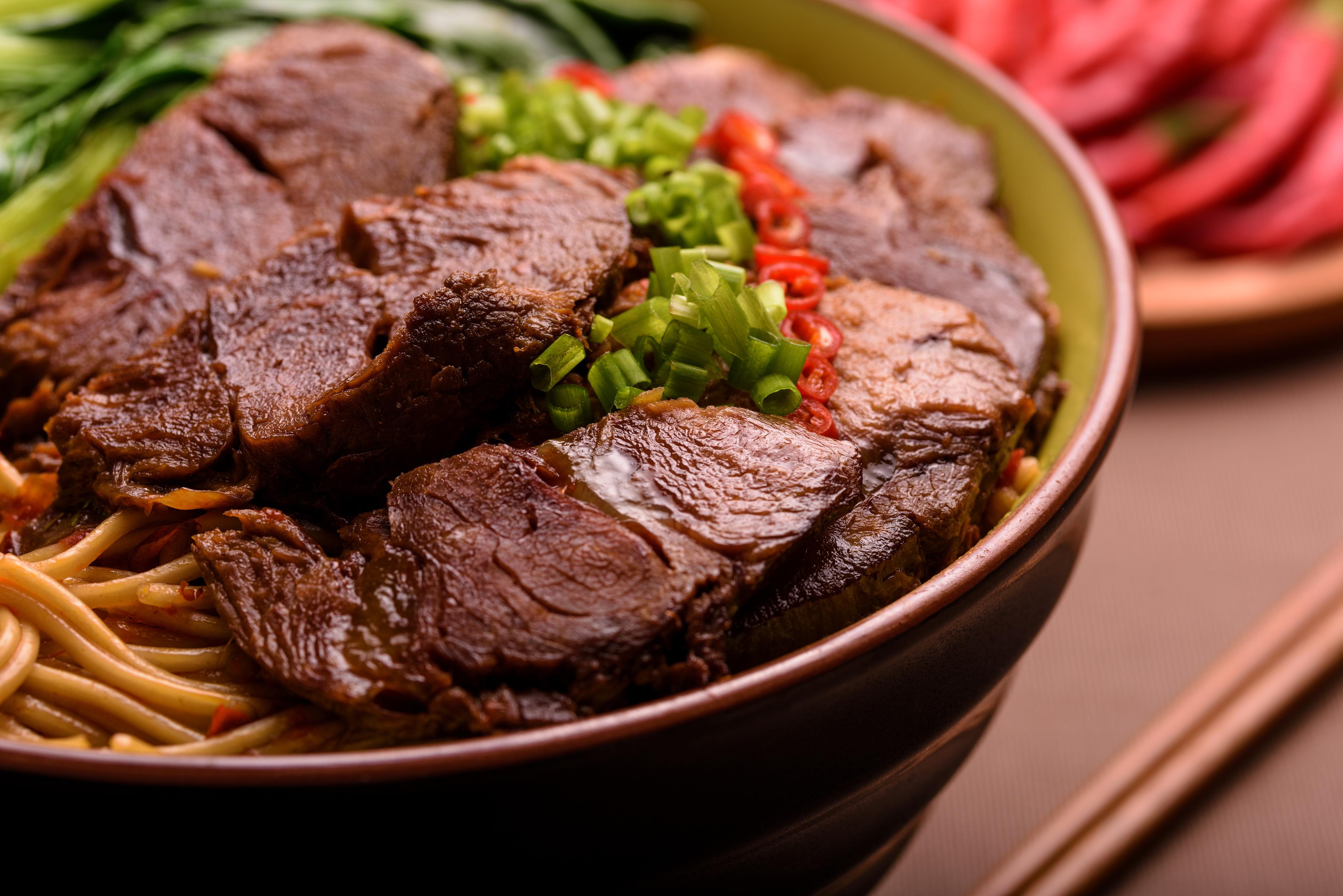 Beef noodles are right at the heart of canonical Taiwanese food. Humble diners proffering the fragrant, broth-based dish are everywhere around the nation, particularly in Taipei. Every eatery has its own signature recipe, be it with the way it broils the beef, the cuts that are chosen, or the composition of the soup. Few places in Taiwan will cost you an arm for a bowl. In fact, the staple is usually priced at anywhere between S$5 to S$10.

One restaurant has strayed from the norm.

Niu Ba Ba has been around since 1990. The specialised restaurant serves eight different variants of the local delicacy, with the most expensive being the Presidential Beef Noodle Soup, which costs S$450, or TWD10,000 per portion.

The Presidential version comes with at least four different premium beef cuts air-flown from America and Australia. The cooks at Niu Ba Ba select only the most marbled cuts to go into the pricey dish. Each piece of beef is braised, then frozen intermittently over three days, and it takes a full week to achieve optimum flavour.

The cooks then cut it into a particular cube-like shape that’s said to improve texture and flavour. Six different stocks are combined to create the broth. Patrons can also choose from 20 different types of noodles to pair with the Presidential option.

In an interview with CNN Travel, the owner, Wang Yiin Chyi, shared that the current TWD10,000 price tag was cemented in 2007. Before that, customers were just invited to pay what they liked for the noodles. Many a patron quipped that it was worth the astronomical sum, and Wang decided to make it official on the menu.

If you’d like to try Niu Ba Ba, Wang suggests making a reservation two days in advance, as the small restaurant seats 20 at most.