The 9 must-visit restaurants at Dempsey Hill

Dempsey Hill isn’t the most accessible of dining enclaves in Singapore, but that hasn’t stopped anyone from making a trip or two over there.

The hill-top area is steeped in history. Its colonial buildings once housed British and Singaporean soldiers, then furniture shops and art galleries, and more recently a slew of upscale restaurants and eateries. Certainly, Dempsey Hill is a popular spot for expats to get away from the bustling city and have brunch in peace. Yet, this isn’t just a cafe hotspot.

After several small-scale renovations, Dempsey Hill has been welcoming new concepts. Luxury hotelier, COMO, has taken up a good amount of space for a variety of concepts such as The Dempsey Cookhouse and a refreshed Culina bistro/marketplace.

Here’s where else to eat around the area. 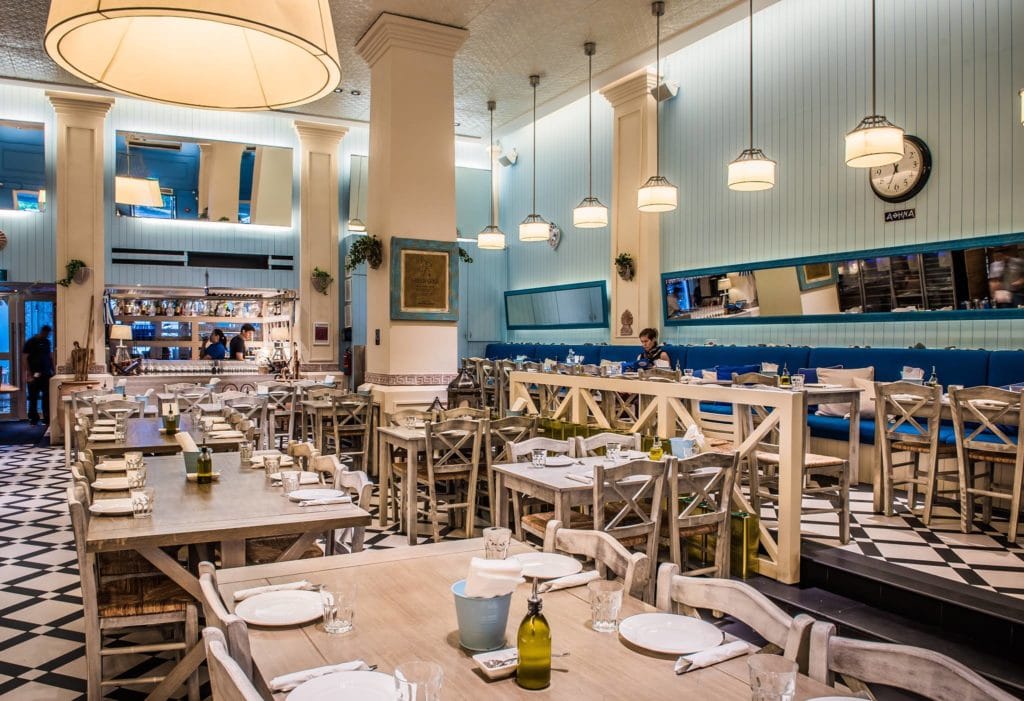 Blu Kouzina is one of the most popular spots in Singapore for authentic Greek food. The menu sees a mix of modern and traditional Mediterranean dishes, all prepared by olive oil made from the restaurateur’s family farm. There’s also a list of Greek spirits and wines to explore here. Candlenut is the world’s first Peranakan restaurant to get a Michelin star. The restaurant is led by chef-owner Malcolm Lee who introduces a contemporary approach to the Straits Chinese cuisine. Go for the ‘ah-ma-kase’ menu which has more than ten dishes to be shared with everyone at the table. The refreshed Culina at COMO Dempsey is an over 15,000-sq ft gastronomic playground. Here, visitors can shop for fresh restaurant-quality produce such as Westholme beef and sustainably caught seafood from French purveyor Qwehli. Visitors can also have these produce prepared at the modern European bistro here. 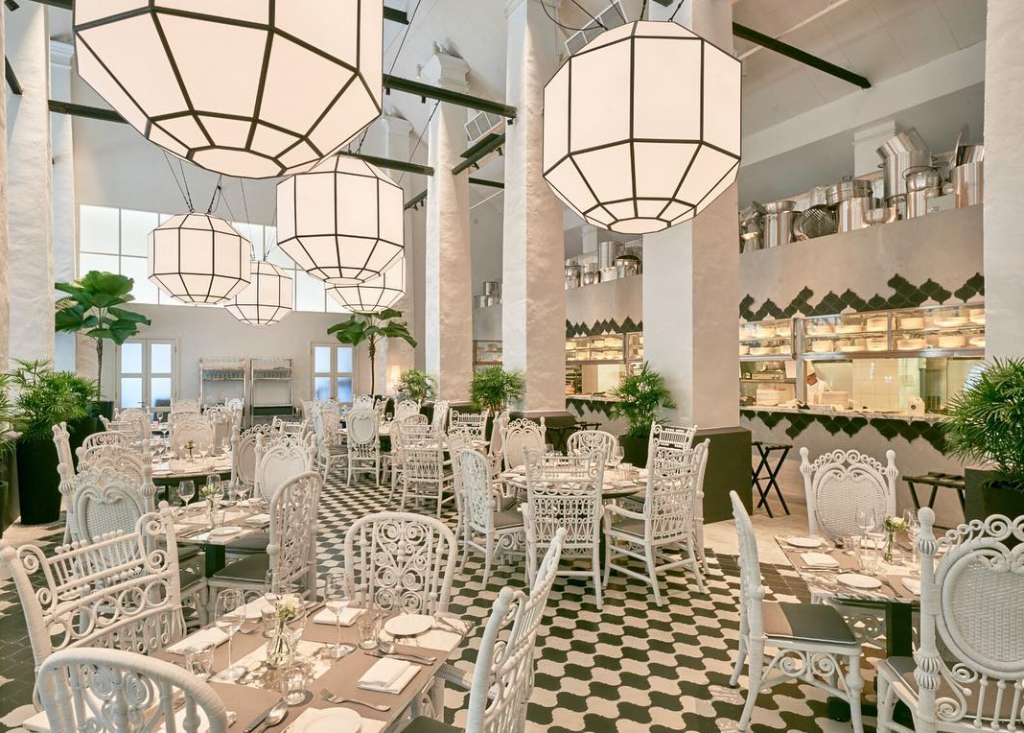 Celebrity chef Jean-Georges Vongerichten’s restaurant features a menu of his signature dishes as well as local-inspired creations. The colonial-style restaurant is armed with private rooms and an open kitchen for a more comfortable and casual dining experience. It is also a popular brunch spot. 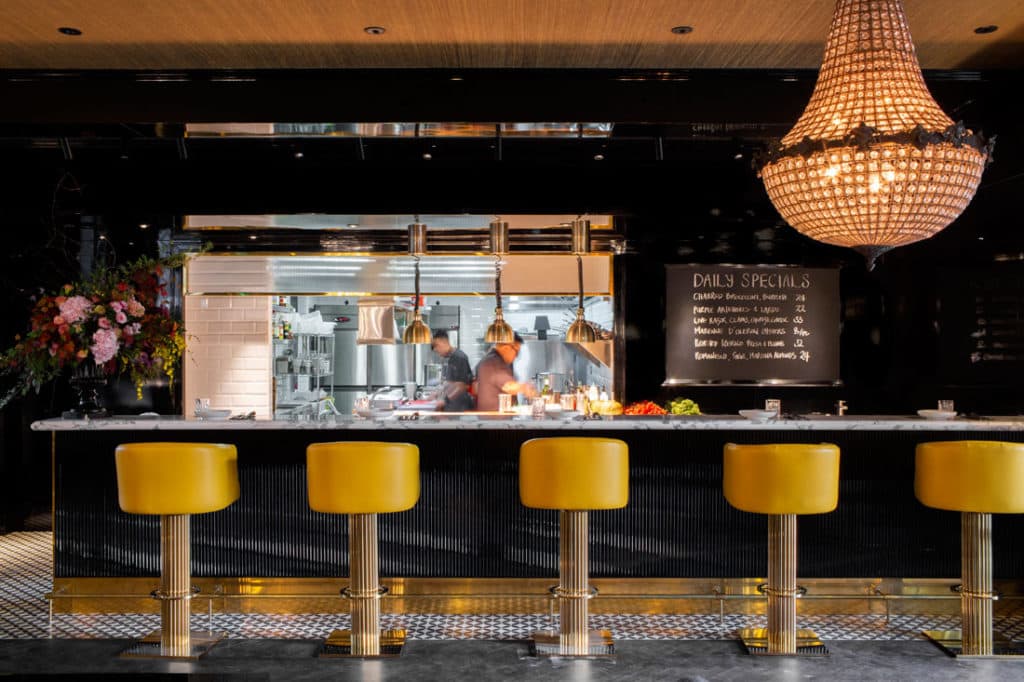 Luxury Thai property developer Sansiri’s come up with Siri House, a gorgeous showroom for its upcoming condominium projects. On top of that, there’s Jam, a sharing-plates restaurant designed to feel like a dining room at a luxury home, peppered with Art Deco designs and Asian accents. The menu sees homely, communal-style dishes inspired by Asian and European flavours. Find out more from our review. After 12 years at Rochester Park, Chinese restaurant Min Jiang now has a new home in the idyllic Dempsey enclave. Natural materials of wood and rattan offer an airy light-filled dining area: a refreshing contrast to the dark and serious Chinoiserie-led banquet halls of its Goodwood Park Hotel sister and other Chinese restaurants. Cuisine-wise, Minjiang at Dempsey goes for modern showcases of nostalgic Cantonese and Sichuan dishes. This popular speakeasy-style yakitori concept now has a second branch, hidden behind the recently opened Min Jiang at Dempsey. This new 40-seater restaurant will serve largely the same offerings as its Tiong Bahru sister. There will be some exclusive dishes, such as the Uni Shabu Shabu hotpot featuring uni-based dashi broth, and yasai maki, a sushi roll of vegetables and grilled meat. This 40-seater restaurant serves up creative Mod-Asian dishes, weaving in fermentation techniques and knowledge of traditional Chinese medicine. Also worth checking out is the drinks list with house-infused cocktails, sake and wine to accompany menus with. 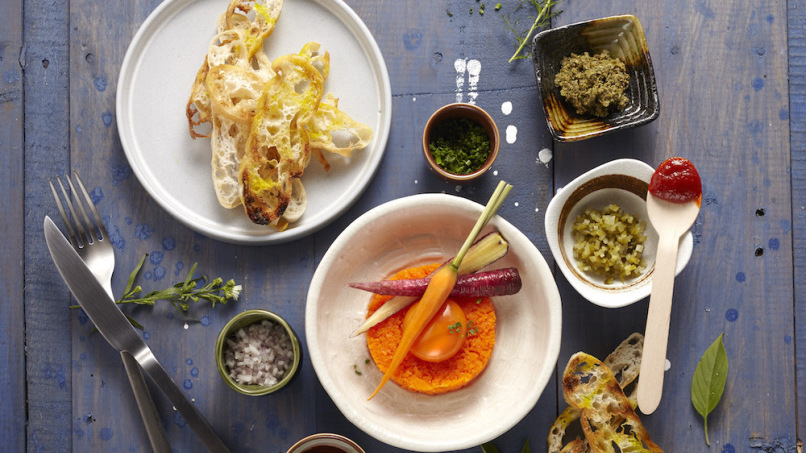 Open Farm Community is one of the pioneers of locavorism in Singapore. As its name suggests, the restaurant boasts its own farm for vegetables and herbs. It also uses ingredients, such as seafood and poultry, from local farmers.

Dempsey Hill Blu Kouzina Morsels Dempsey Candlenut restaurant guide
Jasmine Tay
Senior Writer
Jasmine Tay is the dining, culture and jewellery writer. She makes fine silver jewellery and causes mini-explosions in the kitchen when she can't afford fancy dinners. Sometimes she tells people what she thinks about art, and binges on the music of Danzig when they don’t agree.
Dining Culture Jewellery