The best biryani in Singapore, from traditional to modern creations

Food & Drink
The best biryani in Singapore, from traditional to modern creations
Share this article
Next article

Beyond mounds of pillowy basmati rice and tender meats, the biryani is a dish that’s rich in ethnographic history as it is in flavour. The Muslim-Indian delicacy sees many variations between Indian states and thousands more across South Asia.

The method of cooking largely remains the same: long-grain rice, tons of spices and meat are cooked in pressure cookers to retain as much flavour as possible. Small changes, such as when meat should be cooked together with rice or how it’s served, makes a world of difference.

In Singapore, there are local takes of the dish such as nasi biryani which is served with curry. If you go exploring around, you might just find a taste of all these different styles — from traditional South Asian ones to modern creations. Here’s a head start to your biryani discovery. 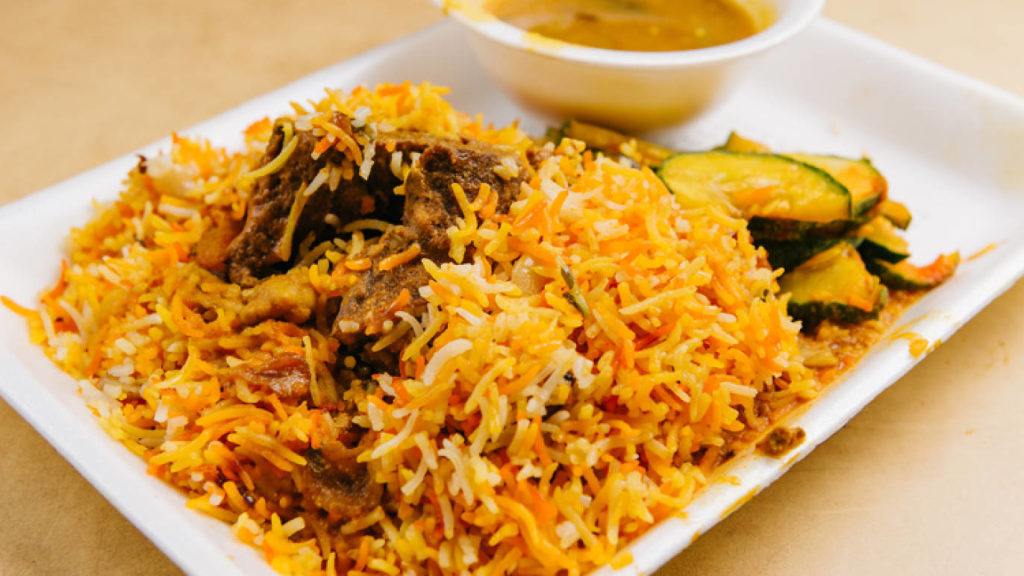 Tekka Centre has long been a popular spot for Indian food. There are many hawker stalls around the place claiming to have the best nasi biryani in town. But, you can surely be guaranteed of a good version at Allauddin’s Briyani. This stall has been around for more than 40 years cooking the same dish, offering a few variations: chicken, fish or mutton. Allauddin’s is famed for its basmati rice, which is cooked in a large pot with cardamoms, cloves, anise and other spices. There are times when the rice may be served a tad mushy. Still, you’ll find the tender meats, served in a spicy gravy, and pickled vegetables on the side a sufficient saving grace. 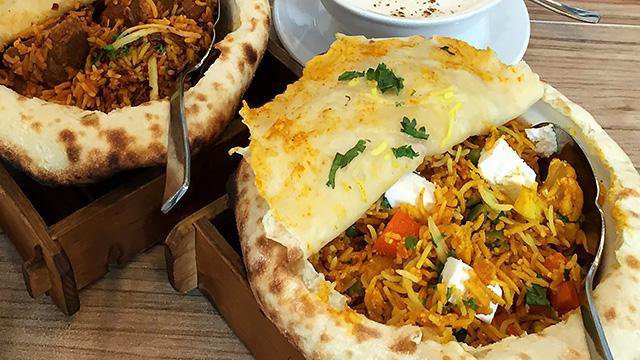 The Anglo Indian cafe is better known for its butter chicken and tikka masala, though some attention should be given to its biryani offerings. Here, biryani is first prepared in small clay pots, sealed in naan dough and tandoori baked. The result is a piping hot dish and billowing wafts of fragrant spices. Besides chicken and mutton, the cafe also offers a mixed-seafood and vegetarian option. There are three outlets around the CBD, but its Shenton Way cafe is deemed to have the best biryani. 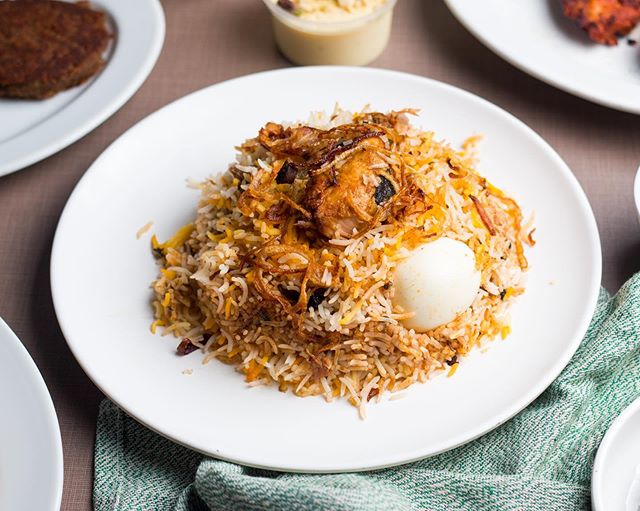 Disappointed by the biryani options in Singapore, former businessman and journalist Arif Salahuddin was determined to introduce an authentic version of the dish to the local market. 16 years later, Bismillah Biryani has evolved from a humble hawker store into a small franchise with a flagship restaurant that’s continuously featured on the Michelin Guide’s Bib Gourmand list of affordable, good eats. The Pakistani-style of biryani is a drier version, mixed together with small amounts of saffron and chopped cashew nuts. Marinated meat, be it chicken or mutton, is cooked together with the rice and makes for intense flavours. If you’re feeling indulgent, go for the lamb shank biryani. 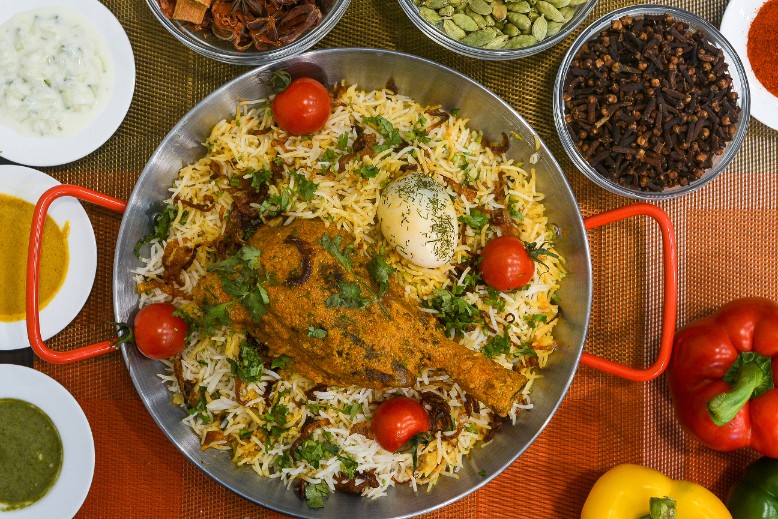 Mr Biryani offers Hyderabad-style dhum biryani which involves marinating meat in yoghurt and spices overnight, then cooking it together with rice over slow fire. Chef Govinda Rajan imports spices and chillis from India to ensure that its biryani is as authentic as possible. The biryani here is served in large portions, meant for sharing between a group of five people. There’s also a generous sprinkle of fried shallots and cashew nuts over the dish for crunch. 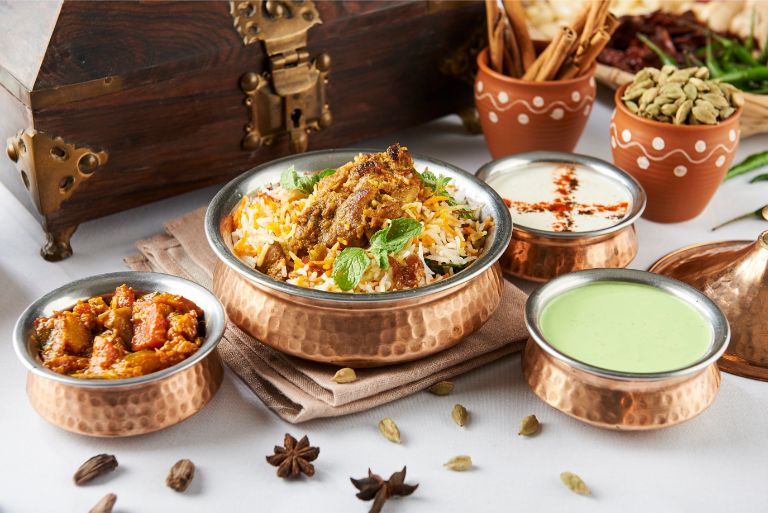 5
The Song of India

The one-Michelin-star restaurant made its name for its modern interpretation of traditional dishes, such as curries, tikka masala and biryani. For biryani, Chef Manjunath Mural keeps to the traditional preparation methods but with the addition of luxurious ingredients. The lamb biryani here is prepared Lucknow-style, which is much lighter on spices. The lamb is also cooked first, then left to tenderise further with steaming basmati rice. Also worth trying is the tiger prawn biryani flavoured with brown onions and fruity kewda extracts. 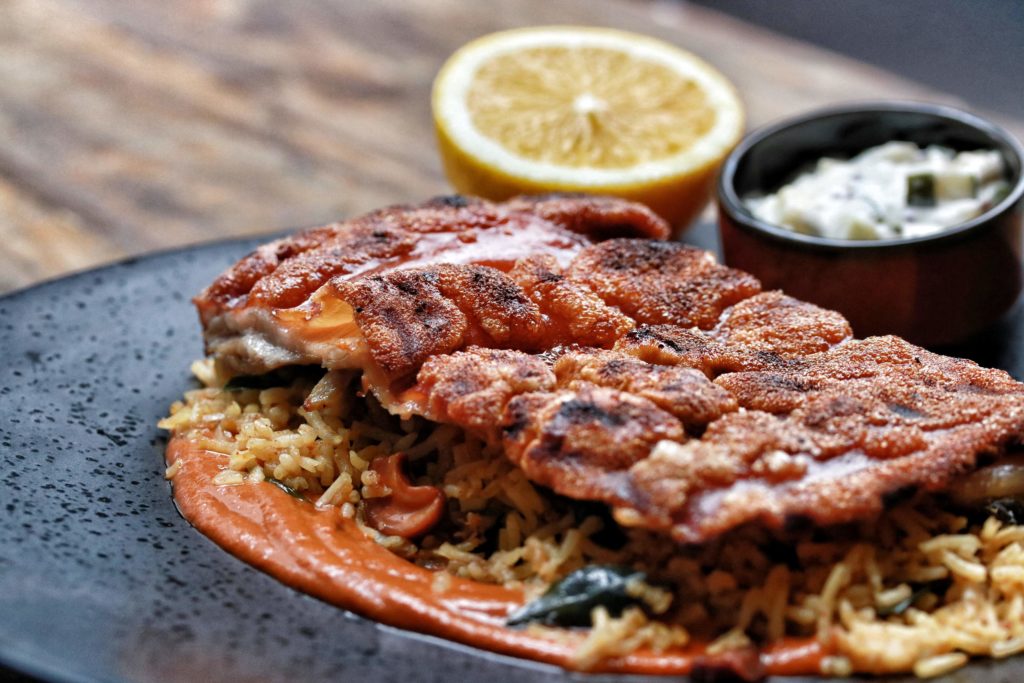 For a truly indulgent biryani, try out Meatsmith Little India’s take with suckling pig. Instead of cooking it traditionally in a large pot, the Indian-centric barbecue restaurant stuffs cooked basmati rice and spices (showered with orange blossom water and rose water for good measure) inside a suckling pig. The stuffed pig is then roasted for two hours till golden brown. Slabs of crispy pork crackling and biryani are served together with lemon and raita. The crab biryani with tobiko, served in a smaller portion as a snack, is also a must-try.

song of india Meatsmith Little India biryani bismillah biryani
Jasmine Tay
Senior Writer
Jasmine Tay is the dining, culture and jewellery writer. She makes fine silver jewellery and causes mini-explosions in the kitchen when she can't afford fancy dinners. Sometimes she tells people what she thinks about art, and binges on the music of Danzig when they don’t agree.
Dining Culture Jewellery