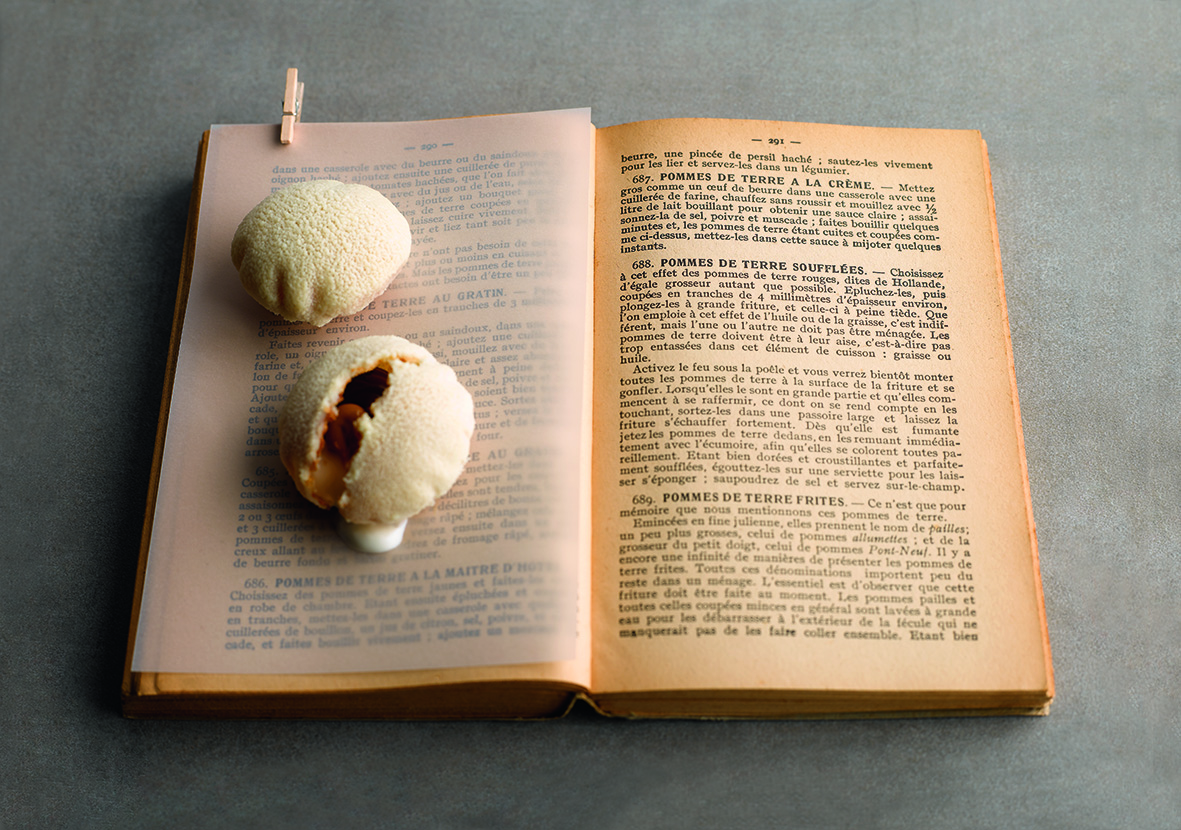 Last night’s Michelin Guide Singapore award ceremony saw a total of 38 eateries being inducted into its star-studded ranks. Eleven of these were fresh entrants to the prestigious list, and they all received one star each. Apart from the influx of newcomers in this year’s edition, a major highlight of the night was Waku Ghin’s receiving two stars. The audience at The Fullerton Hotel Singapore, where the event was held, broke into loud applause and cheers when this was revealed.

Admittedly, yesterday’s ceremony lacked some of the excitement that last year’s inaugural affair had, simply because there were no new hawker stalls added to the Guide. There were also no new entrants to the three-Michelin-starred category, and the announcement that Joël Robuchon Restaurant was the only eatery with that accolade, came all too quickly and without much fanfare. We’re keeping our fingers crossed that next year’s edition will see some new names clinching this highly coveted award.

With the weekend just around the corner, we suggest treating yourself to a sumptuous meal at some of Singapore’s finest Michelin-starred restaurants — before the queues get even longer, and you find yourself stuck on a waiting list for several months. From homegrown fine dining outfit Iggy’s to Mod-Sin spot Labyrinth and hawker stall Liao Fan Hong Kong Soya Sauce Chicken Rice & Noodle (which dominated headlines last year), here are 10 Michelin-starred restaurants worth visiting. 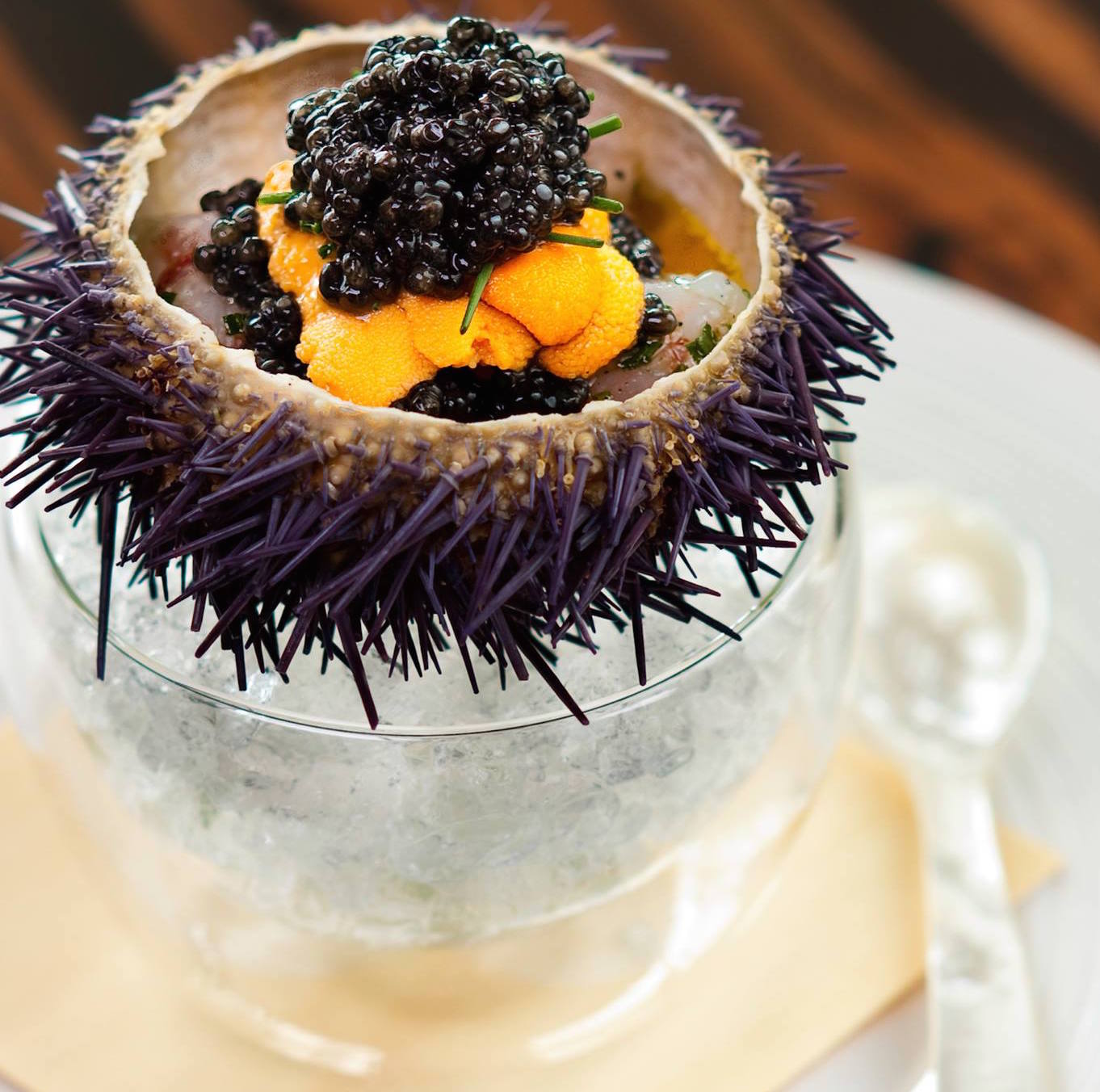 Local foodies were up in arms last year when Waku Ghin received only one Michelin star. Many felt that the upscale Japanese restaurant, which is run by celebrity chef Tetsuya Wakuda, deserved a higher accolade. Wakuda’s fans can now be appeased, as the Guide has awarded his establishment two Michelin stars this time around. Known for its decadent degustation menus of dishes such as marinated botan shrimp with sea urchin and caviar, Waku Ghin is the only new entrant to the two-Michelin-starred ranks this year.

“Last year we got one star, and now we have two. I’m very happy but nervous, because from today, there’s more pressure,” said Masahiko Inoue, the restaurant’s executive chef. 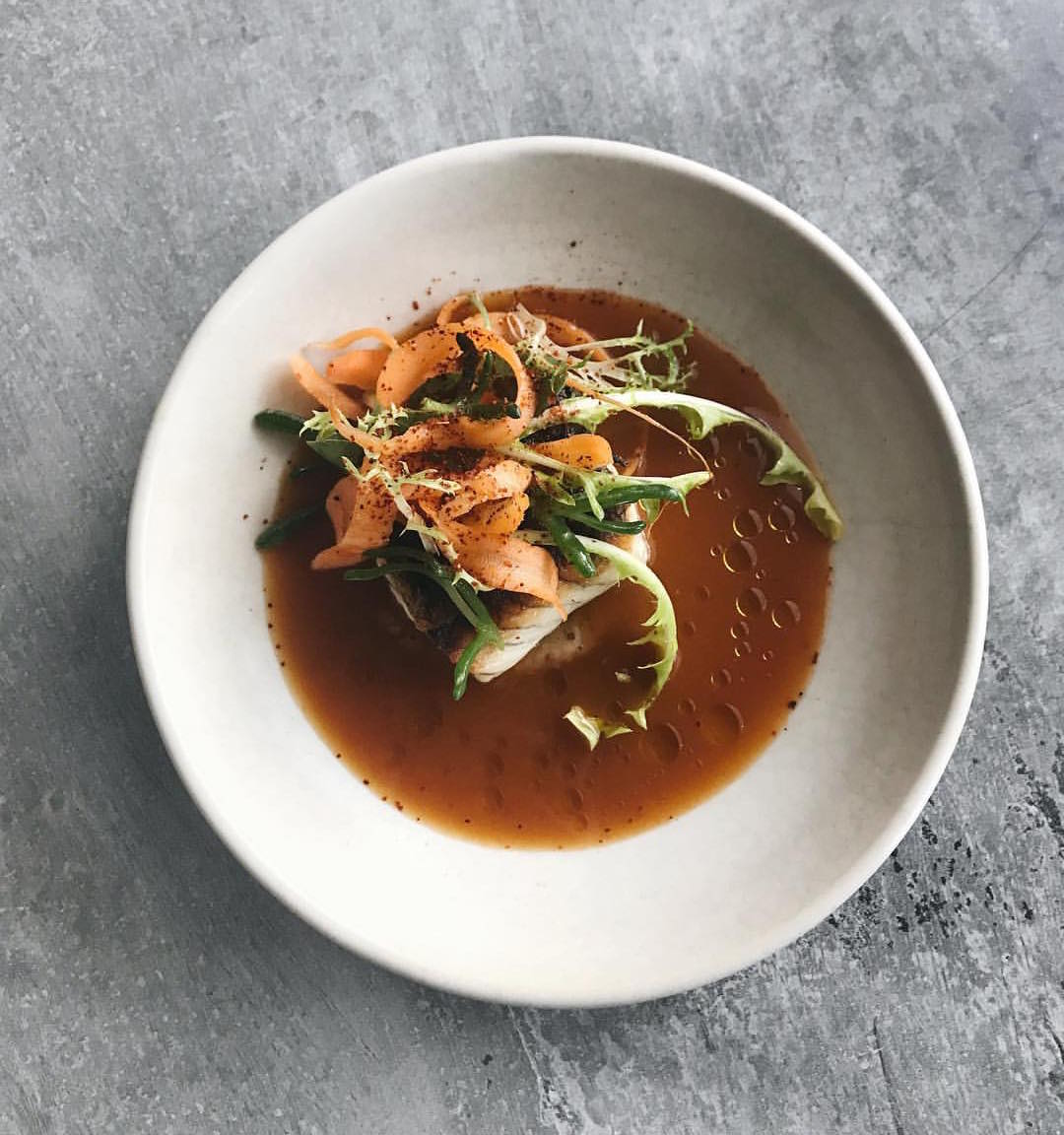 2
Cheek by Jowl, one Michelin star

Established by Chef Rishi Naleendra and his wife, Manuela Toniolo under the Unlisted Collection Group, Cheek By Jowl is a modern-Australian restaurant that serves up simple but dynamic dishes at prices you can stomach. The restaurant is a newcomer in the Michelin Guide, scoring one star.

“It feels pretty unreal, and I have a really amazing partner. It’s been 16 months [since we opened], and I’m so grateful,” said Naleendra. 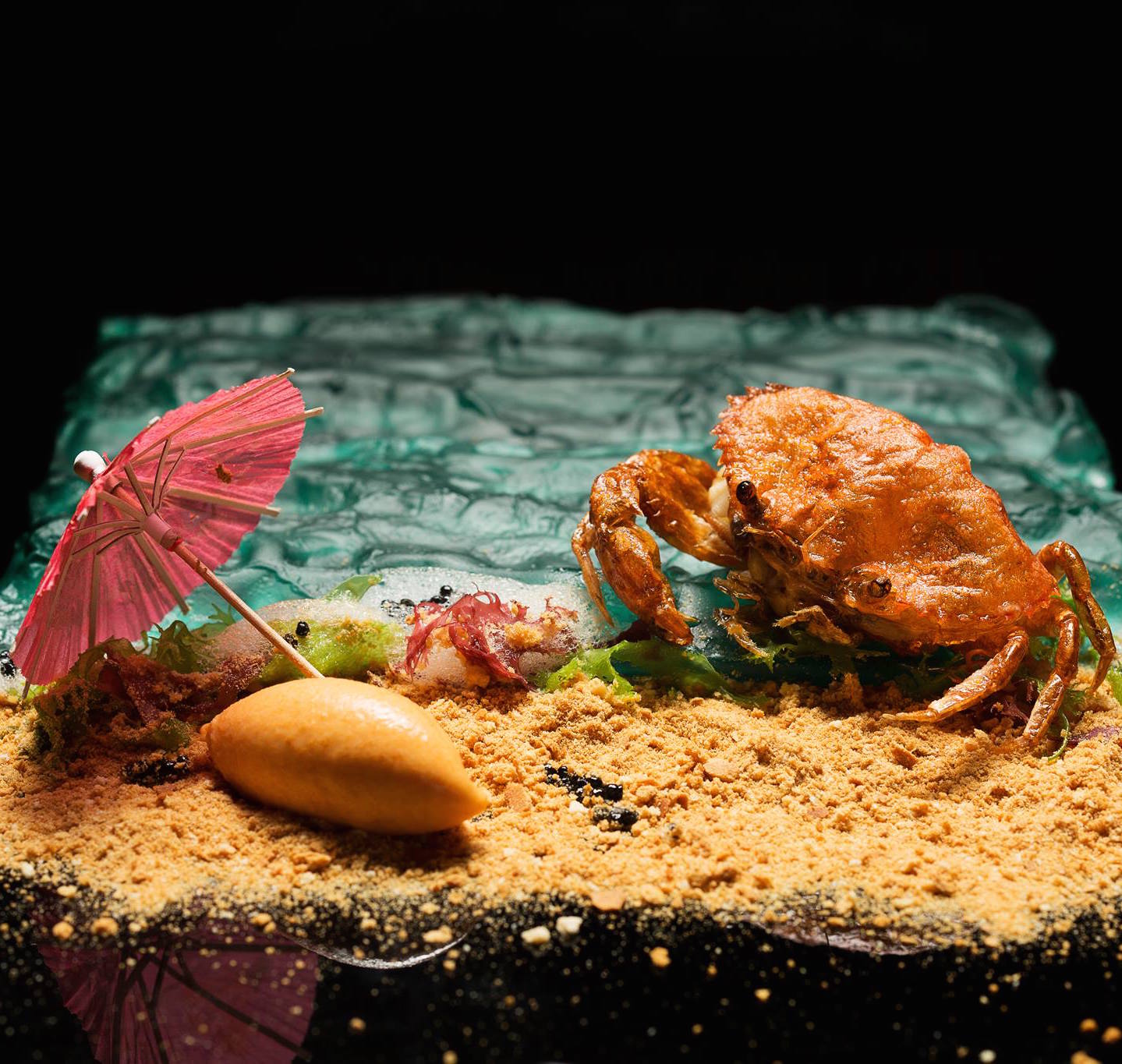 Expect the unexpected at this homegrown fine dining restaurant by chef-owner Han Li Guang, who specialises in modern Singaporean cuisine. His menu puts a spin on local delights: For instance, his rendition of chilli crab features a fried soft shell crab on a bed of chilli crab ice cream and garnished with mantou crumbs, while bak chor mee (minced pork noodles) is reinvented with squid “noodles” and “fish cake” made from scallop.

“I don’t know how to describe how I feel. It’s just joy; I didn’t expect [to get a star] at all,” said Han. “People see Mod-Sin as fusion or an excuse to charge high prices, but I hope at the end of the day, it shows that Singapore cuisine — both traditional and modern — can represent quality and have reason to it. The star will hopefully put us shoulder-to-shoulder to other cuisines in the world.” 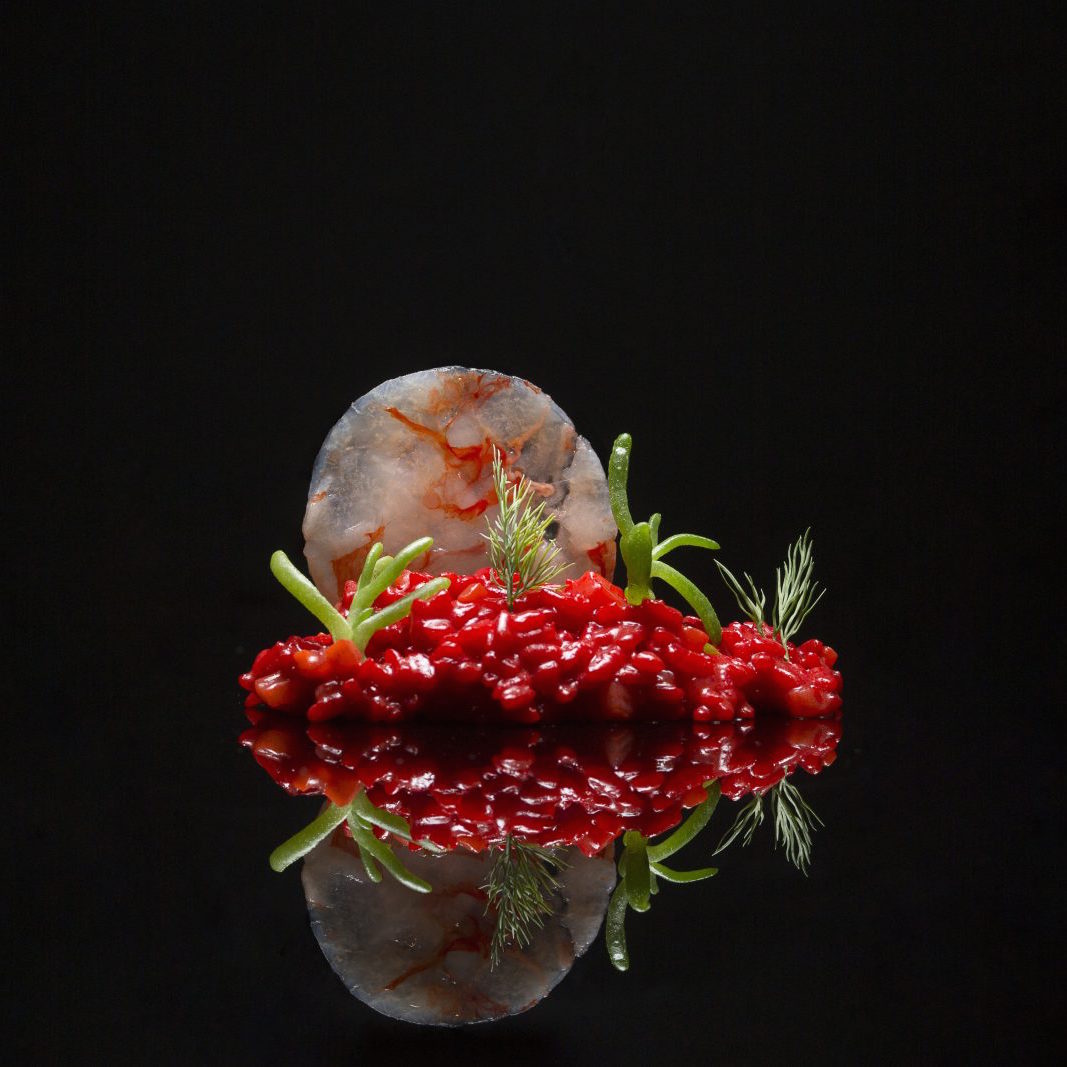 Iggy’s is a pioneering Singaporean restaurant that has put the local fine dining scene on the global map since its inception in 2004. Serving modern European cuisine under head chef Aitor Jeronimo Orive, the restaurant finally got the one star it deserved this year.

“Iggy’s has always been about fresh food, seasonal produce, and excellent dining,” said Orive. While the Michelin stamp of approval is just another jewel to Iggy’s crown, here’s hoping that the star changes nothing of the restaurant’s artful approach to fusion cuisine. 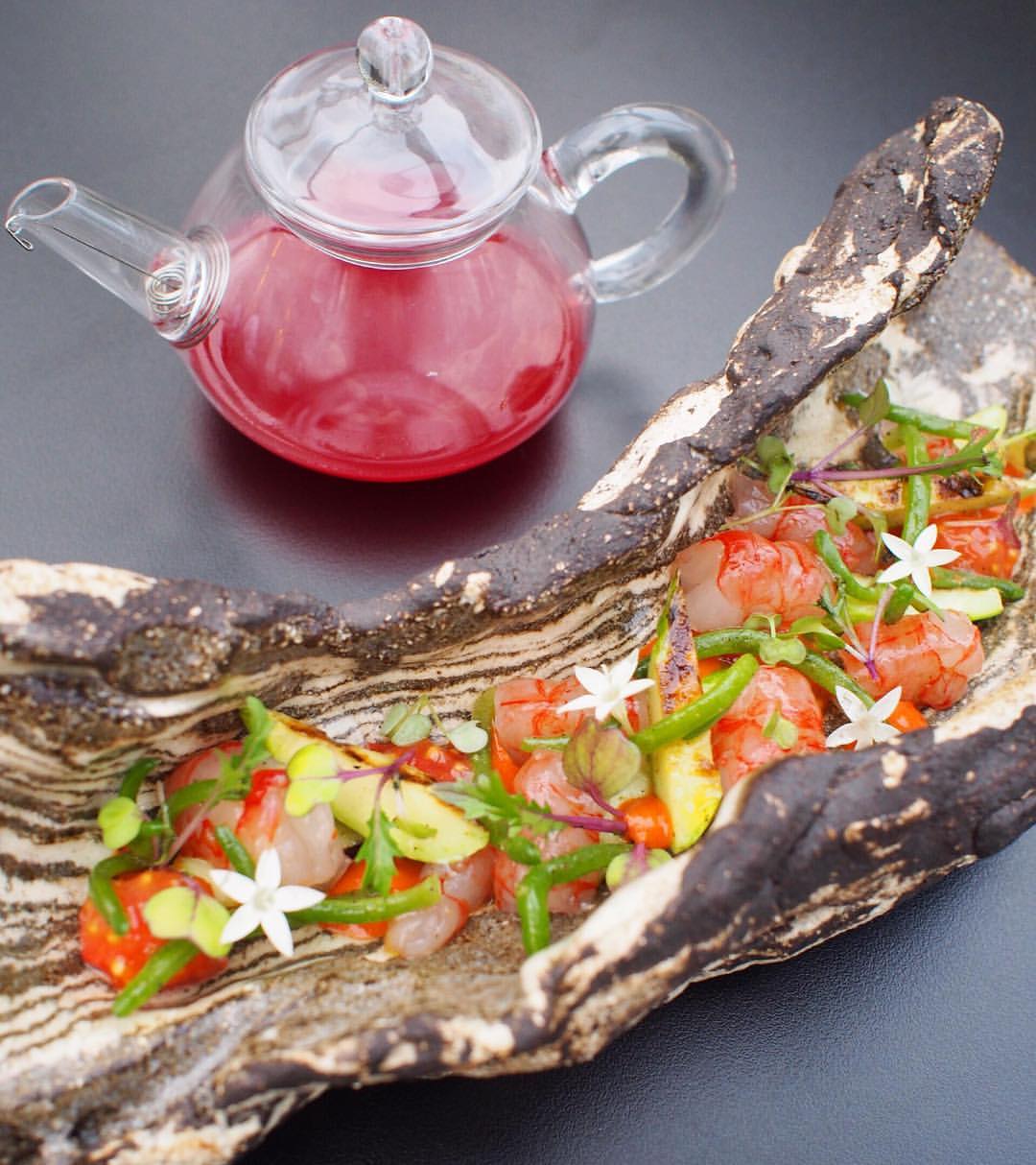 Operated by the Illido Group, Braci is a casual restaurant and rooftop bar occupying two floors of a heritage shophouse in Boat Quay. It serves up progressive Italian cuisine and cocktails, with menu highlights such as red prawns with sunchoke and yuzu, and taglioini with sea urchin and caviar. Many of its dishes are prepared using a Josper oven and shichirin grill.

“I felt disbelief, when I got the [invitation to the ceremony]. I really couldn’t believe it,” said Beppe De Vito, a restaurateur-chef who owns the Illido Group. “We’re going to work even harder for a second star.” 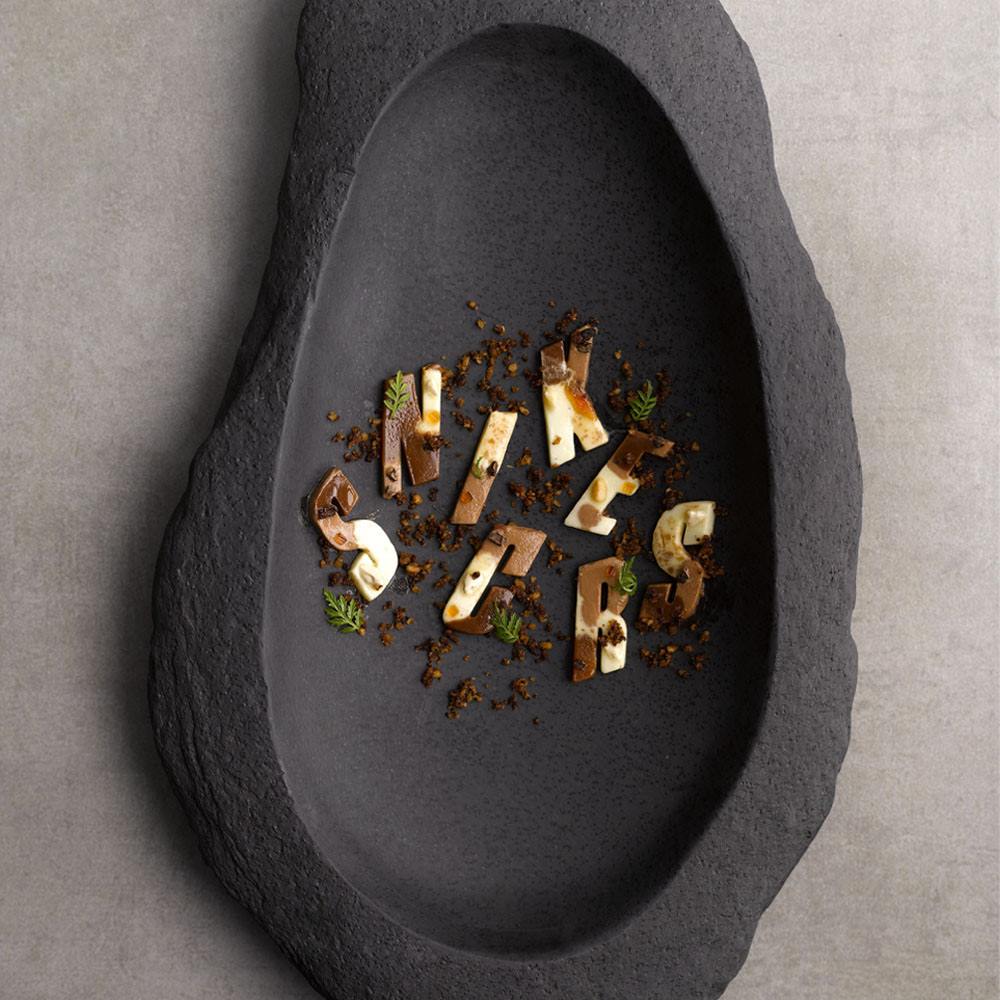 André Chiang is a chef that has stood at the pinnacle of innovation for the Singaporean culinary scene since his eponymous restaurant opened in 2010. It comes as no surprise that his restaurant has maintained its two stars since last year’s Michelin Guide. Chiang’s passion for pushing the brackets of gastronomy far triumphs his need for recognition, though the accolade is still incredibly deserving.

“People don’t heavily rely on a guide to tell them what good food is anymore, with the Internet. I don’t have any expectations about what the two stars can bring to my restaurant. Ask anyone who loves food, and they have their own rankings. That doesn’t change how I approach what I do.” 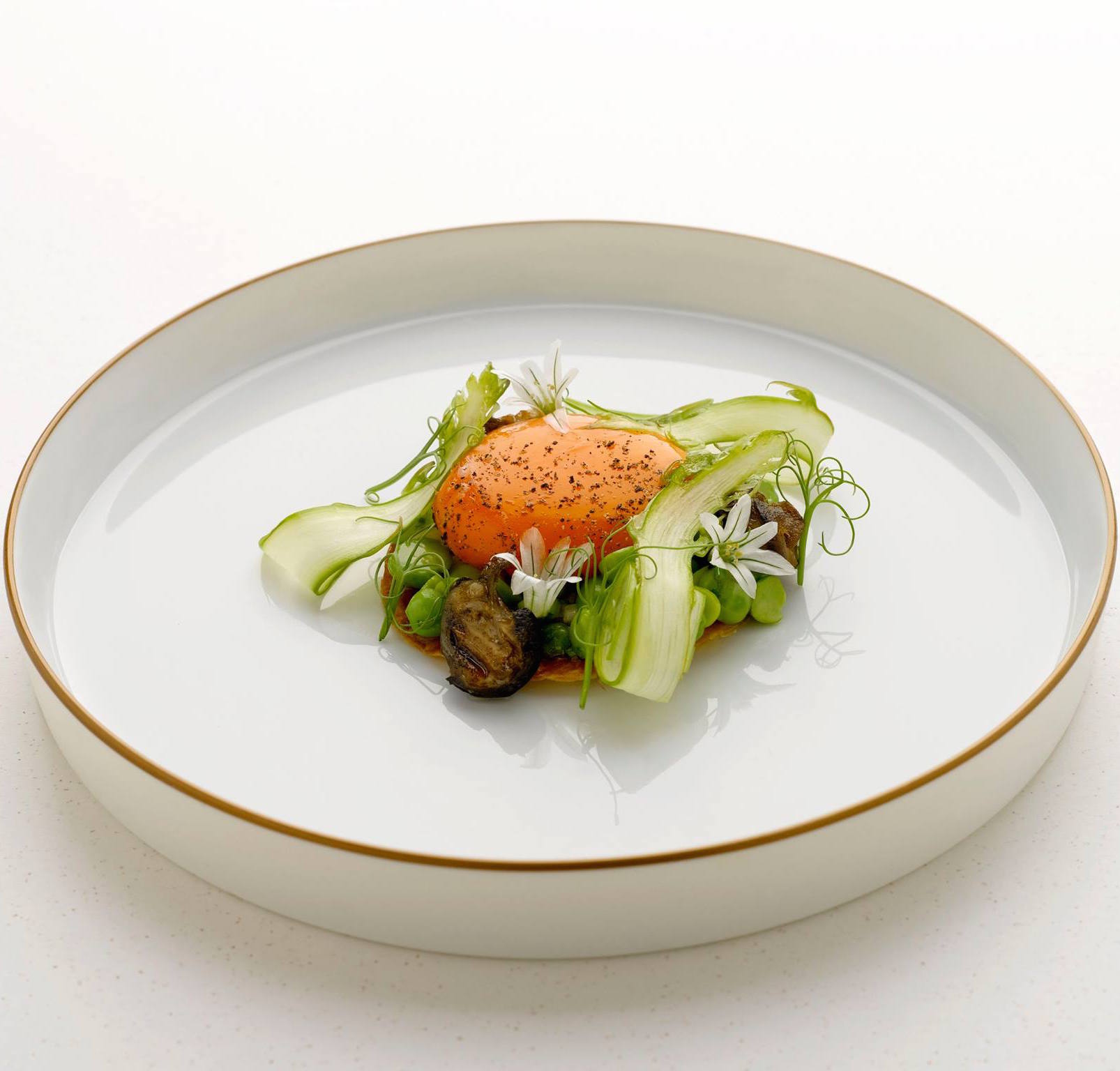 Odette is on a roll this year. In February, it became the highest new entry on the Asia’s 50 Best Restaurants list when it ranked in ninth place, and in this latest edition of the Guide, it has retained the two stars it received in 2016. Considering that the restaurant has been open for only under two years, its list of accolades is particularly impressive. Helmed by chef Julien Royer, the elegant fine dining restaurant focuses on modern French cuisine, with dishes such as escargot tart and langoustine with tonka bean cream.

“We’re very happy to keep our two stars after less than two years of opening; it’s a fantastic achievement,” said Royer. “We have a lot of things going on right now, and have quite a few surprises in store, which is a secret for now. It’s going to be an exciting year ahead.” 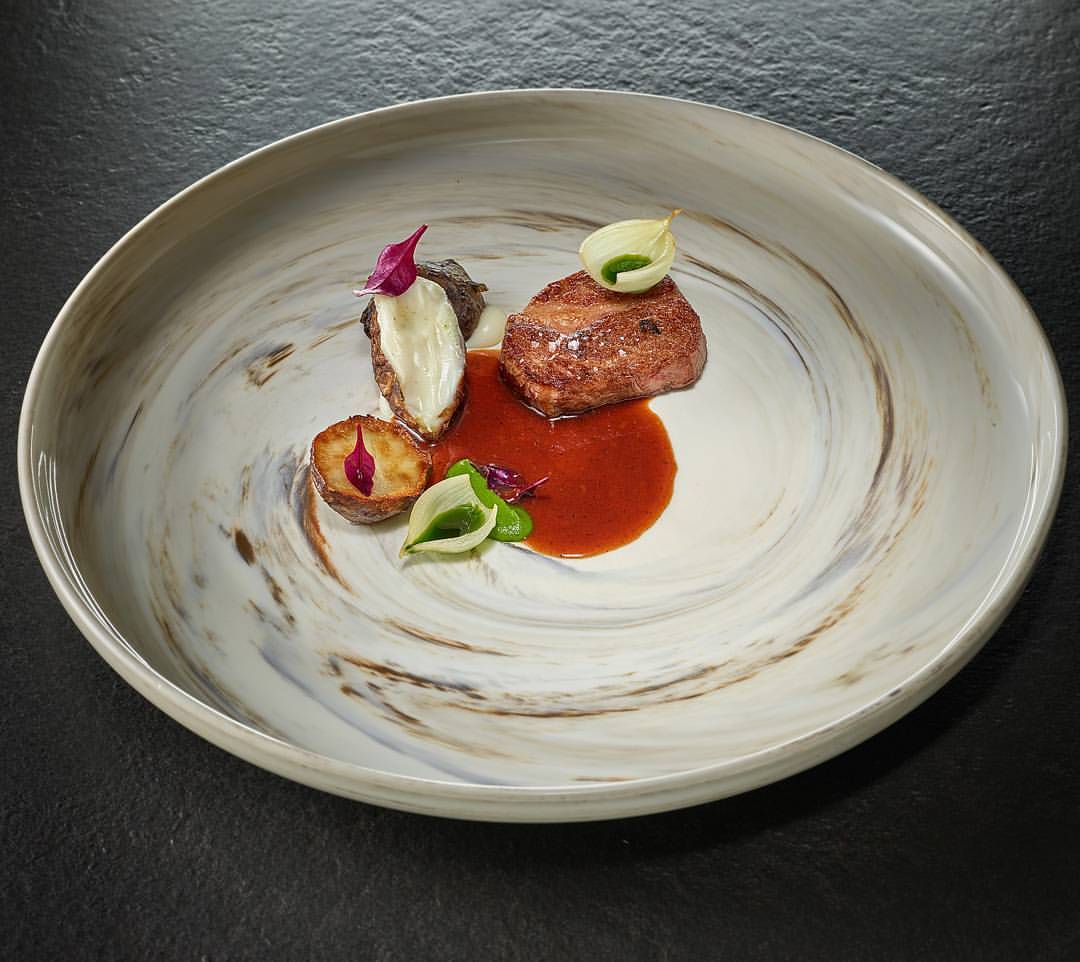 Asian-inspired Spanish cuisine is what defines Alma By Juan Amador. Though the restaurant maintained its one star from last year, this is the first time the kitchen has been helmed by executive chef Haikal Johari. An accident last year left Johari wheelchair-bound, but this only spurred the chef to work harder to elevate Alma’s excellence — which he did.

“I’m so thankful for those who supported me, especially in the current position that I’m in. They’re the ones who played a huge role in helping Alma and myself achieve this accolade,” said Johari. 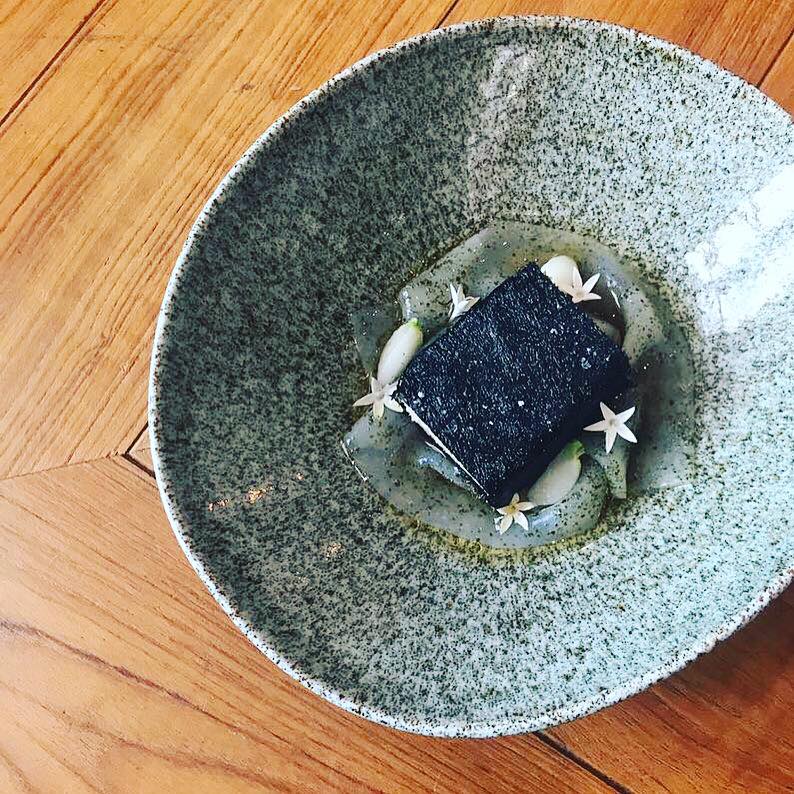 Led by chef-owner Sam Aisbett, this modern Australian restaurant is a beautiful venue decked out in pastel hues and dreamy wall murals. It offers prix fixe sets for lunch and dinner, with dishes such as slow-roasted Iberico pork jowl, Black Angus beef, and Japanese yellowtail.

“This is amazing, but we won’t let it get to our heads. We’re just going to keep on doing what we doing, cook amazing food, and make our guests happy. This is just the icing on a massive piece of cake,” said Aisbett. “You cook your whole life to get something like this. This is the biggest award in the world for a chef.” 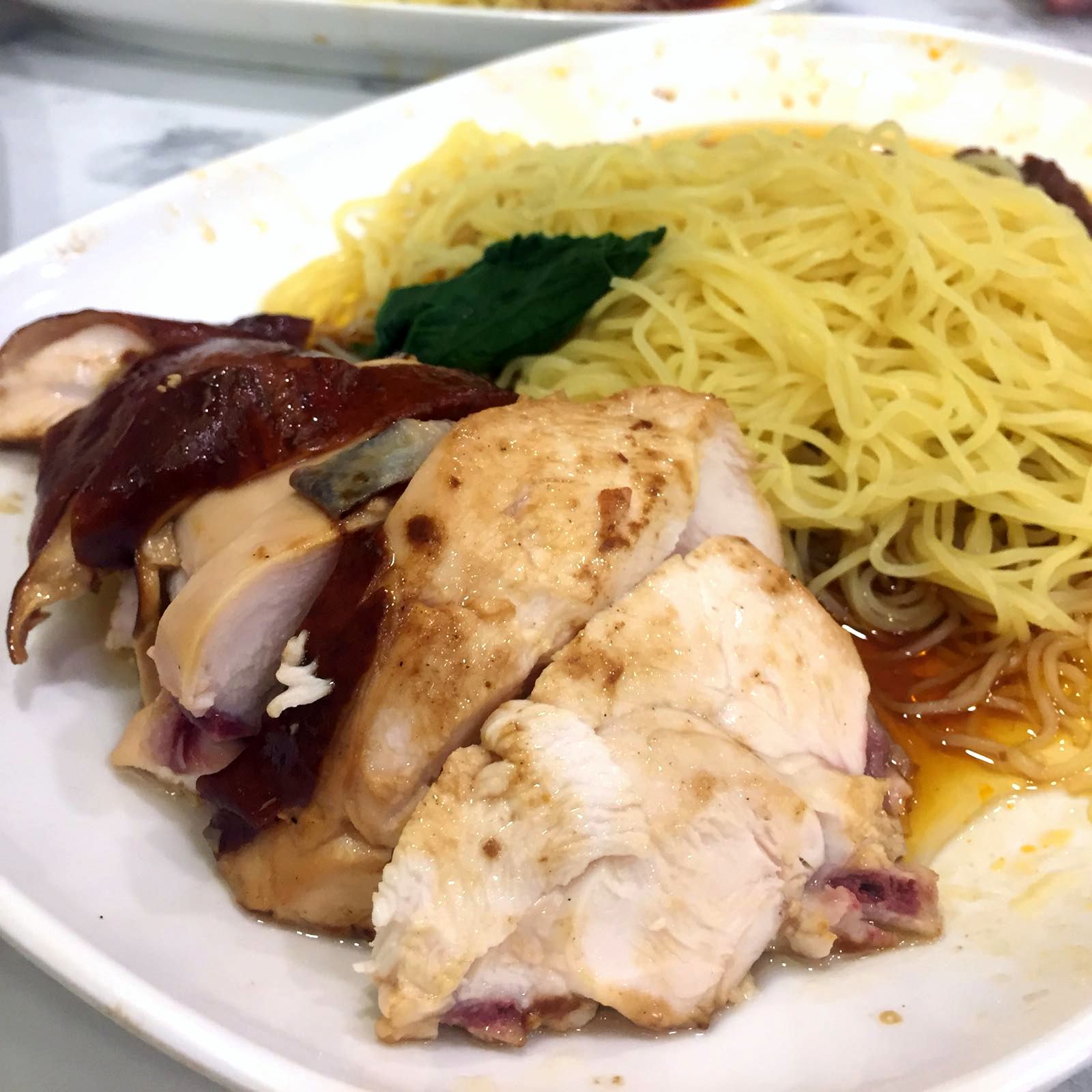 “I’m so proud of Singapore. It’s not just my achievement and efforts that brought Singapore’s hawker culture to world recognition. It’s something all the hawkers did, together,” said the humble Chan. His diner, Liao Fan Hawker Chan, also bagged a spot on this year’s Bib Gourmand list.