It’s been two weeks since Taylor Swift dropped Red (Taylor’s Version) and our whole world has changed for the better.

On the same note, restaurants around the island are flexing their gastronomic chops with new menus to bribe us into cementing our loyal fan status just like Taylor that’ll keep us satisfied for the rest of the year. After all, it’s only human to be attracted to novelty, and we’re constantly searching for new experiences on the island to keep ourselves busy.

This end-of-year season sees everything from a new menu that spotlights a new era over at Fat Prince, to one that’s studded with the valuable white truffle at Buona Terra. Bar Cicheti also has a new dinner Degustation menu on weekdays, an initiative put together by the team to flex their creative muscles to diners. If you’re already hungry, dive right in.

Here are all the new menus to try in Singapore right now: 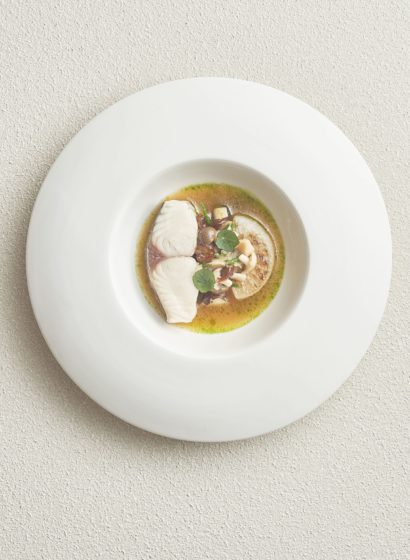 We were enamoured by chef Louis Han’s Episode 1 earlier this year, and it’s safe to say that we’re doubly impressed with the way he’s made use of autumnal and winter produce in his Episode 2 menu. The “Mountain Lodge” menu sees delights like the Naengchae, a spin on the familiar chicken and abalone stew. Chef Louis’ version, however, comes deconstructed, served with a slow-cooked French chicken and Jeju abalone on a bed of Soybean sauce and doenjang (fermented bean paste) caramelised baby carrot. We won’t divulge too much, but let’s just say that we can’t stop thinking about his new Mandarin dessert too.

If you’re still a fan of favourites such as the beautifully charred and flavourful Duck Galbi Tart and the Somyeon — a truffle oil laden buckwheat noodle dish with bafun uni and Kaviari Oscietra caviar — you’ll be happy to know that they’ll still be on the manu. Excetive chef Sam Chim and team have dreamed up a menu to spotlight seasonal produce over at Vue, which includes ingredients such as the Japanese mackerel, winter root vegetables and French guineafowl. Pick favourites like the Stout Braised Dutch Veal Cheek ‘Empanada’ from the a la carte menu, or leave your meal in the hands of the team with a tasting menu for the night if you can’t decide. 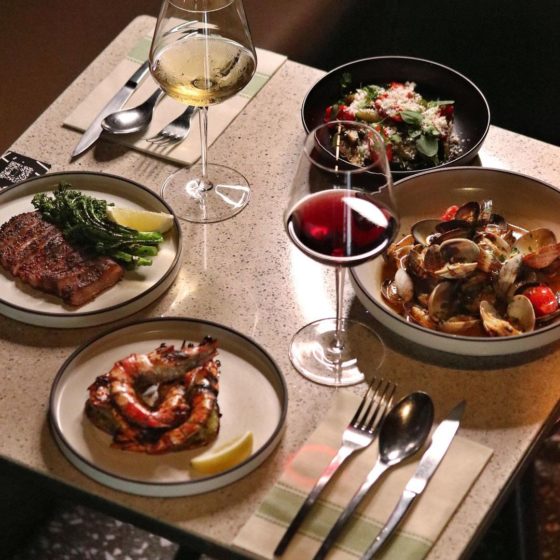 If you haven’t been to Bar Cicheti yet, now’s the best time. Their recently-launched five-course menu — available only from Mondays to Thursdays for dinner — will see Head chef Danny Ng and his team menu flex their creative and culinary chops to diners. The dishes change every fortnight, but some star dishes to look out for include the Saffron Ricotta Gnocchi’s earthy pillows of pasta, as well as the refreshing 5-Day Aged Amberjack Tartare. Ristorante Pietrasanta has been serving up hearty Tuscan fare to diners in Singapore since its inception in 2008, and they’ve recently refreshed their dining menu too. The crowd favourite Burrata, for instance, sees a new Porchetta salad to go along with it, and the fresh-made pasta selection now comes with a Tagliatelle Fresche Gamberi E Pomodori Secchi too. Looking for more truffle creations? Oriole Coffee + Bar is presenting a Truffle Menu from 1 December 2021 to 28 February 2022 that spotlights the beautiful and unique aroma of the ingredient. Think dishes like the Truffle Scrambled Egg & Cheese Burger, the Ravioli with Porcini Mushrooms in Truffle Cream Sauce, and the Truffle Mushroom Pizza. 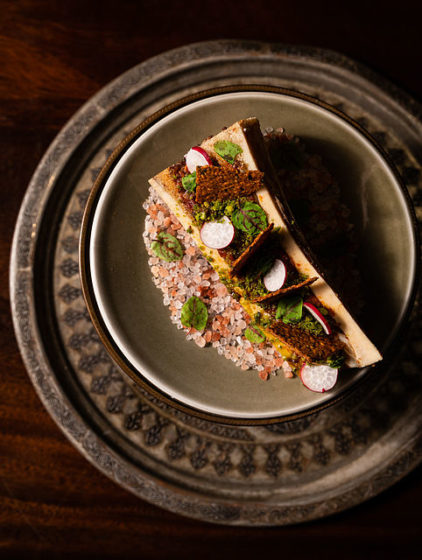 Our favourite Turkish joint, Fat Prince, is turning five this year, and they’re breathing new life and flavours into the restaurant with new Chef de Cuisine Simon Bell, and Bar Manager Agnes Kuan. ‘Koktails’ at the bar will revolve around a neat selection of full, low, and no-abv drinks — all treated with equal standing, mind you, as well as an incorporation of Chef Simon’s Contemporary Australian background to its “modern Middle Eastern” menu.

Address
48 Peck Seah St, Singapore 079317
Website
Website here
Book here
Singapore Dining Restaurants Cafes new menus
Jocelyn Tan
Senior Writer
Jocelyn Tan is a travel and design writer who's probably indulging in serial killer podcasts or reading one too many books on East Asian history. When she actually gets to travel, you can find her attempting to stuff her entire wardrobe into her luggage. Yes, she's a chronic over-packer.
Travel Design