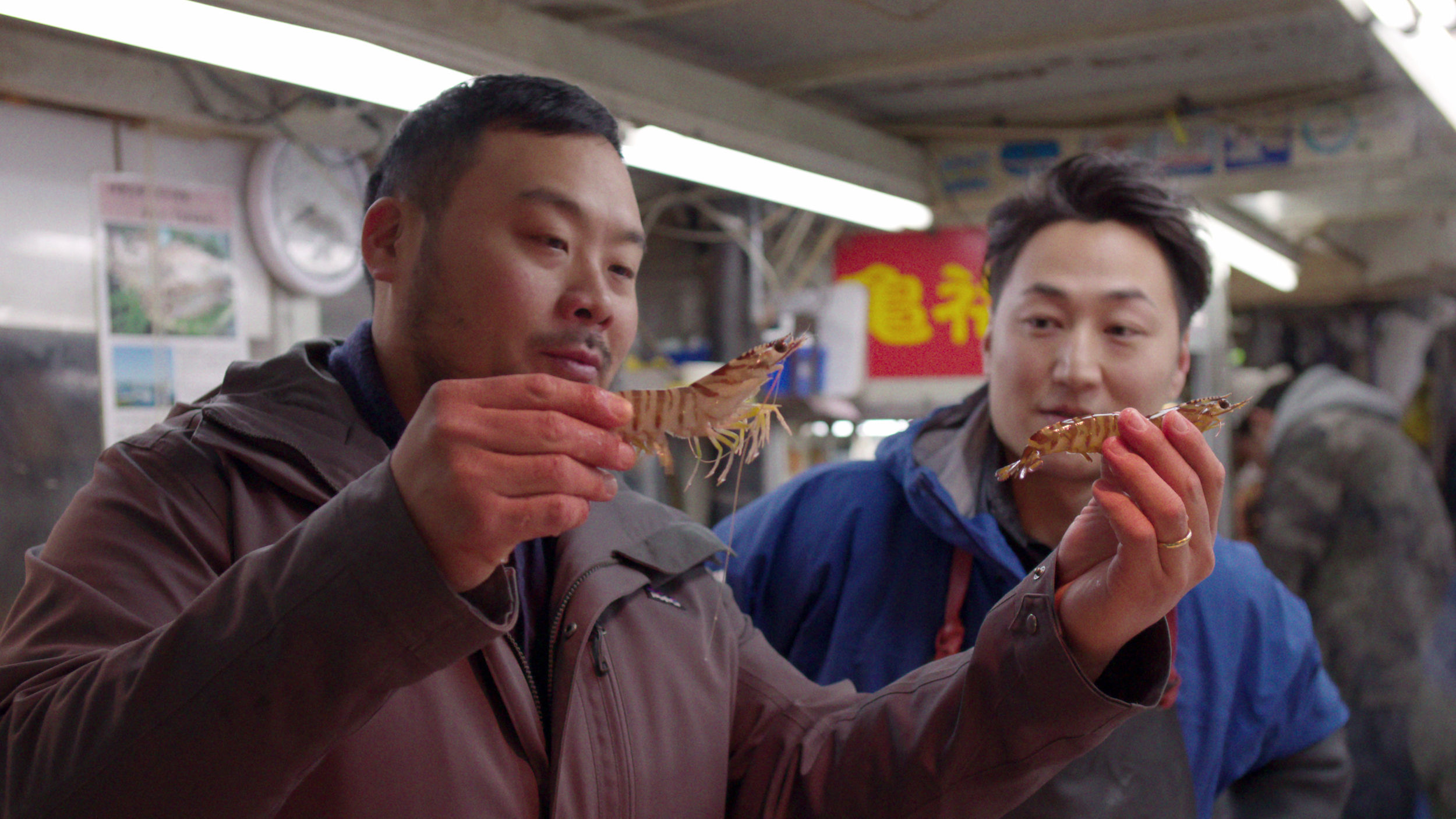 I have to confess. I had low expectations when I first sat down to watch the new Netflix show, Ugly Delicious. Perhaps I’d been let down by a profusion of bad food television in recent years, from poorly researched travel shows that regurgitate the top Google hits for ‘[blank city]’s best restaurants’, to reality competitions more concerned with camera mugging and who stole whose sugar than genuine cooking (MasterChef US, I’m looking at you), to the general steady decline of programming of that once-exalted network studio of my youth, Food Network (in all honesty, how many more Chopped episodes do you think we can handle?).

Slightly better is the high-minded Chef’s Table, perhaps the TV equivalent to splurging HK$5,000 on a 10-course degustation, with a few too many glossy, slow-panning shots of meticulously tweezer’d plates. Probably the best food show in recent years is The Mind of a Chef, narrated by Anthony Bourdain and which actually starred Momofuku chef-owner David Chang as the star of Season 1, but grew a bit tiresome with filler episodes, script stagnation, and an irritating theme song (think dozens of wind chimes spiralling down the rabbit hole).

Well, Chang is back for his second stab at television — this time as the show’s host and co-producer, along with his long-time friend, food author and fellow partner-in-crime, Peeter Meehan — and we have the verdict: Ugly Delicious is everything you’ve wanted in a food show and more. For those loyal readers of Chang’s and Meehan’s insightful, off-beat food magazine, Lucky Peach (still one of the greatest food publications to date, in our opinion), which closed suddenly in April 2017 — Ugly Delicious seems to be the magazine resurrected in TV format, stepping to the same loveable beat: It’s at times wild, daring and irreverent; at other times it’s surprising, heartfelt and insightful. If you’ve been holding your breath for the next Chang-Meehan collaboration, you’ll want to clear your schedule this weekend, raid the pantry for snacks, and get ready to binge-watch all eight episodes of the first season of Ugly Delicious (if you haven’t already, that is). Here are 4 reasons we’re eating up this show right now.

It’s everything you love (or hate) about David Chang, stamped with his signature ‘take it or leave it’ attitude.

Say what you will about chef David Chang — from those who find him brash and egotistical, to those who bow in awe to the master of the Momofuku universe — but one thing’s for sure: he has a magnetic, made-for-TV personality, a contributing factor no doubt to Chang being crowned the “it” chef of New York dining in the 21st century (that and his excellent ramen and fried chicken sandwiches). His refreshing mix of humour and candour, mixed in with ubiquitous exclamations of a favourite four-letter word, makes for some pretty entertaining television. You might find him obnoxious, irksome or overly confrontational at times, but your eyes will no doubt remain glued to the television.

Over the course of the season, Chang embarks on a quest to hunt down the meaning of food and raise questions about food in relation to culture, race and society. This is done through single-topic episodes jumping from tacos to fried chicken to a showdown between Asian dumplings vs. Italian stuffed pasta. Though the show draws on a wide range of commentators, food experts and chefs, Chang is undeniably the star of the show. He dives headfirst into ridiculous situations (one episode sees him making Pizza Hut deliveries), asks the blunt questions no one else will, and gives us ‘outsiders’ an inside look into the camaraderie of the kitchen, from a home-cooked meal at Noma chef Rene Redzepi’s house, to priceless footage of him and fellow chefs paying each other out — which, let’s face it, is always fun to watch.

It’s timely and significant, diving deeper into the food as culture phenomenon than any show in recent history.

There’s been an incredible shift in food as a cultural phenomenon in the past few decades (hello to the era of food made for Instagram and glorified chefs), but little of what’s been documented has much to do with food history, cultural identity or giving context to how and why we consume the ways that we do. Ugly Delicious dives deeper into the ‘uglier’ issues, if you will, exploring themes such as cultural appropriation, food’s power to divide or unite, and racism in America reflected through the lens of food — giving a mouthpiece to those who can speak to these themes the most: mainly, immigrant restaurateurs. We’re led on a multi-directional journey through the cultural foodways of the world, and barraged with questions as to why certain foods emigrated with people and others didn’t, what it really means to cook ‘authentic’ cuisine, and whether food can really be a gateway to breaking down our differences in a divided world — more relevant than ever in 2018.

The fried chicken episode, for example, is less about the gustatory merits of deep-fried poultry and more about how the dish has become a vehicle for pigeonholing African-American culture; the fried rice episode asks why Chinese food has traditionally — and arguably unfairly — been associated with greasy, dirty and MSG-laden cheap eats. While not providing all the answers, Ugly Delicious at least raises the questions, forcing you to think beyond your plate.

The TV overlords over at Netflix have certainly backed this show with a budget worthy of a small silver screen production. Each episode is riddled with star power — think an epic convention of the world’s most talked-about chefs, all at the top of their game. There’s Rene Redzepi, showing us his latest science experiment before whisking us over to his much-discussed Noma pop-up in Tulum, Mexico; followed by Massimo Bottura, giving a quick demo in tortellini making. Enrique Olvera pops up to discuss the recent breakthrough in Mexican cuisine; and Italian chef Jean-Georges Vongerichten reflects on the meaning of home cooking. Then there’s the stream of celebrity cameos: Aziz Ansari, Jimmy Kimmel and fellow Netflix star, comedian Ali Wong, who joins Chang to slurp down dumplings at Din Tai Fung (and inserts one too many xiao long bao puns in the process). Although perhaps the programme lingers a little too long on Chang and Meehan’s cohort of personal chef friends, the authoritative voices succeed in giving the show its critical weight.

Then there’s the epic globetrotting: the ‘Stuffed’ episode alone takes us to Shanghai, Tokyo, California, New York and Italy. In the process, we’re given unfettered access to rare culinary experiences around the globe — all without having to leave our couches. A show that hops through this many places and topics could easily appear disjointed; the fact that it feels smooth at the seams despite its fragmented segments is thanks to the excellent direction of Academy Award-winning filmmaker, Morgan Neville (20 Feet From Stardom). It’s well-filmed and well-documented, which makes the weighty themes and history lessons that much easier to digest. The show moves at just the right speed, never feeling forced, prolonged or muddled.

While there aren’t any pandering, lingering shots of cheese sizzling on the grill or dumplings spilling their rich insides, this show will still make you hungry — very hungry, in fact. It’s themes and depictions draw an emotional connection with food that’s somehow even more likely to make you want to go out and hunt down that next great food experience, whether it’s a brilliant constructed street taco or a Michelin fine dining degustation.

A particularly poignant moment occurs in the BBQ episode, where Chang travels to Tokyo to have a meal at the hole-in-the-wall spot, Yakitori Masakichi. After declaring it the ‘best yakitori of his life’, Chang gets up, walks to the kitchen, and gives chef Masahiko Kodama a hug, before bowing in shock and awe to his brilliance. Kodama, clearly overwhelmed by the cameras and the unexpected gush of adulation from one of the world’s pre-eminent modern-day chefs, diverts his eyes, seemingly on the brink of tears, and goes back to the only thing he knows: flipping skewers with precision and elegance on the small binchotan grill.

As cheesy as it sounds, there are times when food truly has the power to evoke change: a certain smell that evokes a forgotten childhood memory (that ‘Ratatouille moment‘, if you will); a dish that’s so fundamentally delicious it transcends words to pure, raw emotion; or a chef whose story, passion or obsession intrinsically changes the way you feel about their food, regardless of what’s on the plate. For those of us who’ve built a career around food — whether in the kitchen, as food historians or experts, or in the food-media landscape — it’s a welcome reminder of what we love what we do each and every day.

So there you have it, just a few reasons to make Ugly Delicious your Netflix binge this weekend. In fact, the only downside? There are only eight episodes to savour, as slowly as you can, before revisiting them all again (please Netflix, give us Season 2 soon). For a sneak peek, check out the trailer below.

Television TV Netflix netflix shows what to watch on netflix ugly delicious david chang momofuku food tv food shows
Leslie Yeh
Editor in Chief
Having worked as a lifestyle editor for almost 10 years, Leslie is thrilled to be writing about the topic she loves most: wining and dining. When she's not out pounding the pavement for the latest new restaurant opening or tracking food trends, Leslie can be found at home whipping up a plate of rigatoni vodka and binge-watching Netflix with a glass of Sauvignon Blanc in hand.
Dining Restaurants Food Trends Drinks Travel
Sign up for our newsletters to have the latest stories delivered straight to your inbox every week.