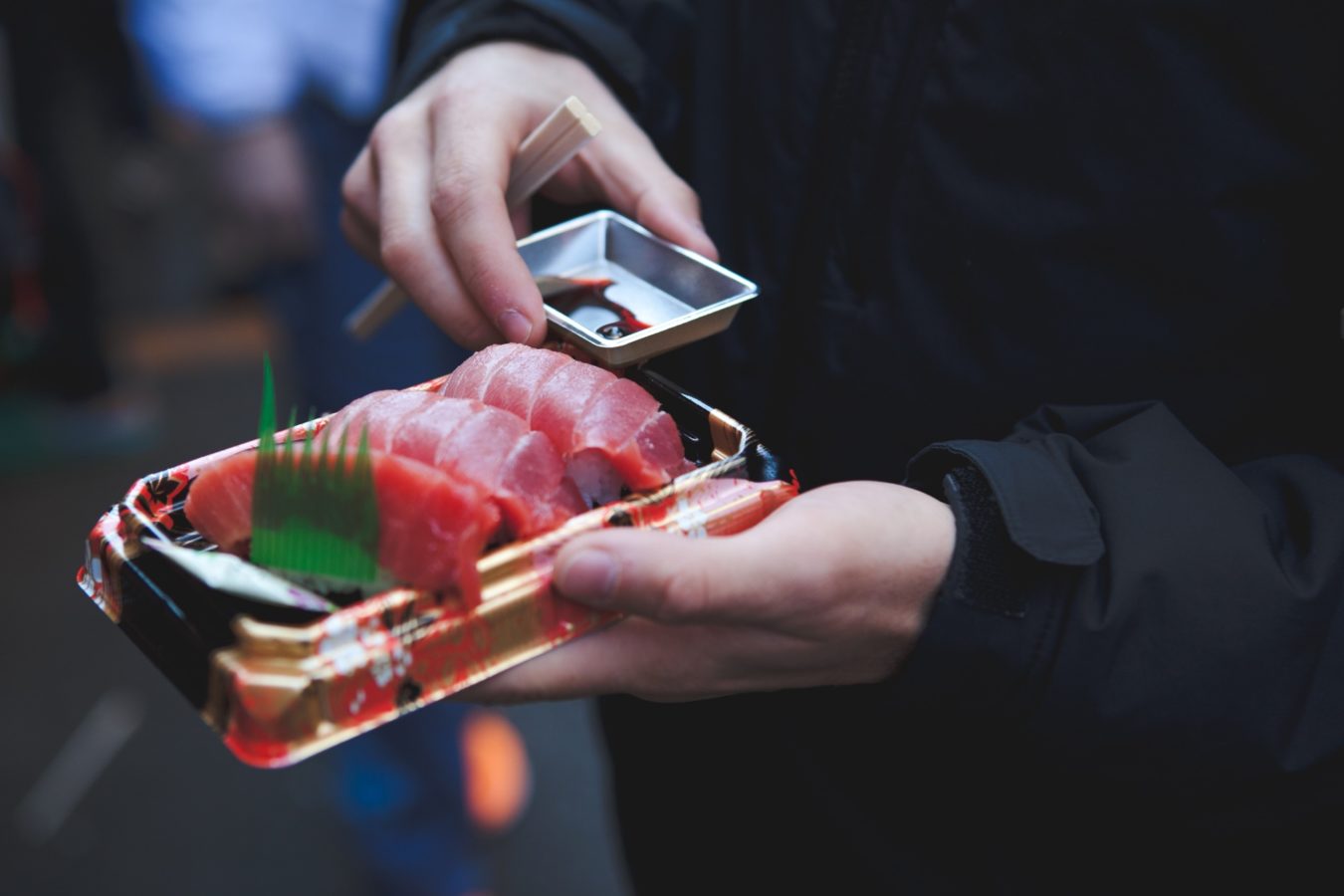 Move over beef, pork and even wagyu, vegan tuna is coming our way

Food & Drink
Move over beef, pork and even wagyu, vegan tuna is coming our way
Share this article
Next article

Along with vegan pork, vegan wagyu and and even vegan cheese, vegetarians can now savour plant-based alternatives to one of the world’s most widely consumed fish.

Available in canned and faux steak versions that reproduce the colour and texture of the real thing, vegan tuna offers everyone a chance to contribute to the fight against overfishing.

Hot on the heels of the success of vegan steaks, nuggets and sausages from rival American start-ups Impossible Foods and Beyond Meat, the drive to develop plant-based alternatives to animal protein is increasingly focused on products from the world’s oceans.

In a context where people are being encouraged to reduce their consumption of fish — or at least to ensure that it is diversified and from sustainable sources — a host of new initiatives have emerged to satisfy a growing demand for 100 percent plant-based vegan tuna.

Attracted by the huge scale of the future market for vegan products, the Swiss food giant Nestlé has developed a new “tuna” product that doesn’t contain a single gram of fish. The company insists that the creation has all of the taste and texture of the real thing. The new vegan tuna, which contains only six ingredients, is mainly concocted from pea-protein and wheat gluten and makes use of proprietary wet-extrusion technology that the Swiss giant already uses to create other plant-based meat products.

Christened “Sensational Vuna,” the faux fish is already on the market in Switzerland, where it is sold under the Garden Gourmet brand. Nestlé has announced its intention to distribute “Vuna” in other countries, but has yet to announce a date for its international launch.

In its different varieties, notably bluefin, white or albacore, tuna is one of the most widely consumed fish in the world, with some 4.4 million tons landed every year. Not surprisingly, given this scale of consumption, the emerging market for tuna alternatives has already attracted attention from big industry and also smaller niche companies. Weighing in at up to 700 kilograms (as opposed to a mere 100 for an albacore tuna), the bluefin tuna, which is notably sought-after for use in sushi, is now “on the verge of extinction.” According to the WWF, systematic overfishing, notably to provide supplies for the Japanese specialty, has eaten into global stocks to the point where there will soon be none left.

In a bid to address this problem, a German start-up has created an alternative to bluefin that will allow for the production of sushi, sashimi and makis that are entirely fish-free. A technical innovation that has the potential to disrupt the deep-rooted tradition for bluefin dishes in Japan, a country where respect for custom and ceremony is taken very seriously. Christened Kuleana, the company has combined seaweed, seawater and vegetable protein to create its revolutionary alternative to the much sought-after species.

At the same time, Kuleana engineers have not totally ignored Japanese tradition, because they have also added koji mold, which has long been used in the Land of the Rising Sun to make miso paste and brew sake. Kuleana is currently in talks with distributors in Asia, the United States and Europe in preparation for the launch of its “faux tuna.”

Vegan tuna may also be healthier

The development of alternatives to tuna may not only be good for the environment, it could be good for consumers too. Tuna can contain traces of mercury, microplastics, and heavy metals, so when we order fish we may also be ingesting pollutants that are harmful to health. At the same time a recent study published in the journal “Global Change Biology” has sounded the alarm over the steep increase in levels of fish parasites which are 283 times more prevalent than they were in the 1980s.