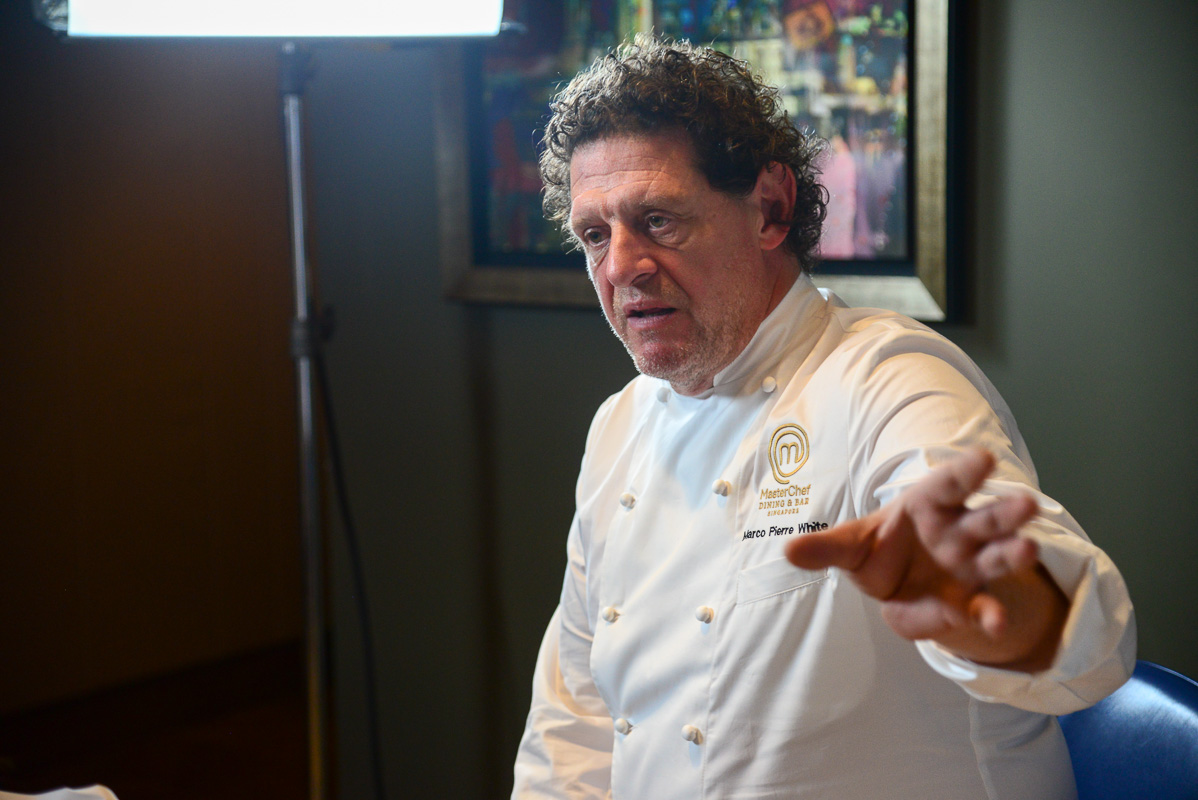 Marco Pierre White is not a fan of the Michelin Guide.

In 1994, he was the youngest chef to have ever achieved three Michelin stars for a restaurant at 33 years old. It took him another five years to return them as he went into retirement.

In 2018, it’s no longer a controversial statement as more restaurants and chefs have gone on the record to renounce the Guide for several reasons.

Just last year for instance, French restaurant Le Suquet gave up the three Michelin stars it had held on for 18 years when its chef, Sebastien Bras, decided that he didn’t want to deal with the pressure of being constantly inspected. And again, this year, with then Singapore-based chef Andre Chiang requesting not only to return the two stars his eponymous restaurant had earned, but also that the upcoming Guide for Taiwan not feature his other restaurant, Raw, in Taipei to focus on “educating, developing others, and cooking.”

Culture
Hassell, the architecture firm behind some of Singapore’s leading restaurants and bars

For White, it stems from confidence. After all, why be judged by people who don’t know food?

That same confidence is seen in his first, and latest, restaurant in Singapore. There’s no signboard at 28 Mohamed Sultan Road, only thick foliage, which covers the entire front of a grey shophouse.

The English House is nondescript for a reason. “If people want to come to you, they will find you,” White says. “There’s nothing more American than putting a very large sign outside your establishment.” Instead, he puts up a 250-year-old British pub sign with a gilded relief of an English monarch, hanging by a pillar inside the lush garden. Just like how the English, who were largely illiterate in the old days, could identify a pub.

The acclaimed chef is fond of the old-school ways. Stepping in, guests are greeted by a slew of antique curios: an old statue of a Great Dane, carousel animals by Gustave Bayol, vintage train models, more animal figurines — and a shelf dedicated to old Michelin Guides.

There’s a lot of English elements here, so how did you inject a touch of Singapore?
There’s a lot of English elements here, and that’s why it’s called The English House. But the bas-relief on the walls are Singaporean, and the shophouse is Singaporean. We haven’t done anything, all we did was respect what was here. The reality is Singapore was part of the British Empire and so, therefore, that colonial style is what this house was. And where possible, we try to bring it back.

That’s what I feel is important. It’s about sensitivity to the building, where possible whatever original features stay here. Conservation has never seen a restoration like this in a public space. Anything that was original, we restored it with care. Where it was broken or destroyed, we restored or rebuild. So in a hundred years, people will think its original too.

So what went down in restoring the place?
The bas-reliefs by the wall are fragments of the original. They are all hand-painted by people who create film sets. We took moulds and replicated it across the walls. The writings above the walls… they were all destroyed, we rebuilt them. Most people would have just taken them off or removed it. The ironwork at the entrance is brand new, but it’s taken from the original next door. We took a mould and re-cast it. And the door frames here, they’re original and they stay here. We have big brown columns here: those are new iron griddles for structure and we clamped together with wood and we distress and age it to look like it’s part of the building. I know people don’t go to the same extremes we go through.


What do you think restaurateurs often miss out when putting together a restaurant? What was important for you when conceptualising The English House?
For me, what’s important is that people enjoy themselves. We’re not one of those restaurants that’s all about the food. For me, it is about the evening and food is one element of that. So environment, service, the atmosphere is really important. When you go to some restaurants, they spend their energy, place too much importance on the food. And yes, it is delicious food, but it’s boring.

Think of some of the Michelin-star restaurants in Singapore — they’ve closed down. One, it’s not a surprise. But secondly, the environment is boring. Too much importance on the food.

A restaurant must be multi-dimensional. People don’t put enough detail in the development of the environment. The first thing you do is walk into the environment. So for example, The English House, you arrive and the gentleman from The Raffles Hotel is there to greet you. Secondly, you’ve got the garden and then you come in you are greeted by staff. So before you even sat down — BAM — there are layers of emotions. Without realising that, the emotional impact… it’s soft and gentle.

Tell us about the hotel rooms. How did you envision them?
It’ll be a townhouse. This was originally a shophouse, where people make their living downstairs and upstairs they lived. So that’s what’s going to happen again. It won’t be like a traditional hotel, it’d be like coming to my home. A lot of Singaporeans have not been to England, I believe. So this is showing a little insight into England, that’s what you get. It’s that Yin and Yang: Singapore being replicated and restored beautifully, and a bit of England. It’s a natural marriage — colonial references. I can see Europe, but I can also see the oriental. I like that balance. I like it a lot. I still wish the beach was outside, personally.

This place — it’s more English than English. It’s true. Because if you are at all these designer restaurants and hotels like the Four Seasons, the Shangri-La, the Hilton, and the Intercontinental… They all look the same, they’re all homogenised. The feel is the same, they are designed by accountants, everything’s a budget. But with me, there’s no budget. My budget is only as far as my pocket can take me. And that’s always an extreme.

You have quite the relationship with Michelin. In 1999, you gave back your stars. When the Michelin Guide in Singapore approached you, you declined them. So, it’s quite strange that you have a shelf full of old Michelin Guides here at The English House.

I would like to make some clarifications. I’m not controversial, I’m very conventional.

I said to the media, “Michelin makes tires, and I make food.” And I also said, “But let’s not forget one thing, Michelin makes really good tires.” It’s a fact. What’s so controversial about that? Let’s not forget: Michelin has done more chefs and more for gastronomy than any other institution or individual in this world. That’s what they’ve done. They’ve inspired generations… they created something for people to work towards. As I’ve said Michelin don’t need me and I don’t need them. Fact.

I got to Asia Grand Restaurant – dim sum was very nice, food was very affordable. I had the lobster, the tendons, the tripe. It was amazing. That’s not got a star from Michelin, but a hawker stall – two of them – have got a star. So they’re telling me that food at a hawker centre is better than there? Not true. If Asia Grand gets one star on the Michelin, it’s not front page of The Straits Times. A star goes to a hawker stall – headlines, front page.

I like Michelin. I respect the old Michelin and what it represented. The old Michelin was not a marketing machine, it was a service. Back in the old day, Michelin inspectors were anonymous. That was it. Today, you have awards ceremonies.

Raffles Singapore Michelin Guide Marco Pierre White The English House ASIA GRAND RESTAURANT
Jasmine Tay
Senior Writer
Jasmine Tay is the dining, culture and jewellery writer. She makes fine silver jewellery and causes mini-explosions in the kitchen when she can't afford fancy dinners. Sometimes she tells people what she thinks about art, and binges on the music of Danzig when they don’t agree.
Dining Culture Jewellery