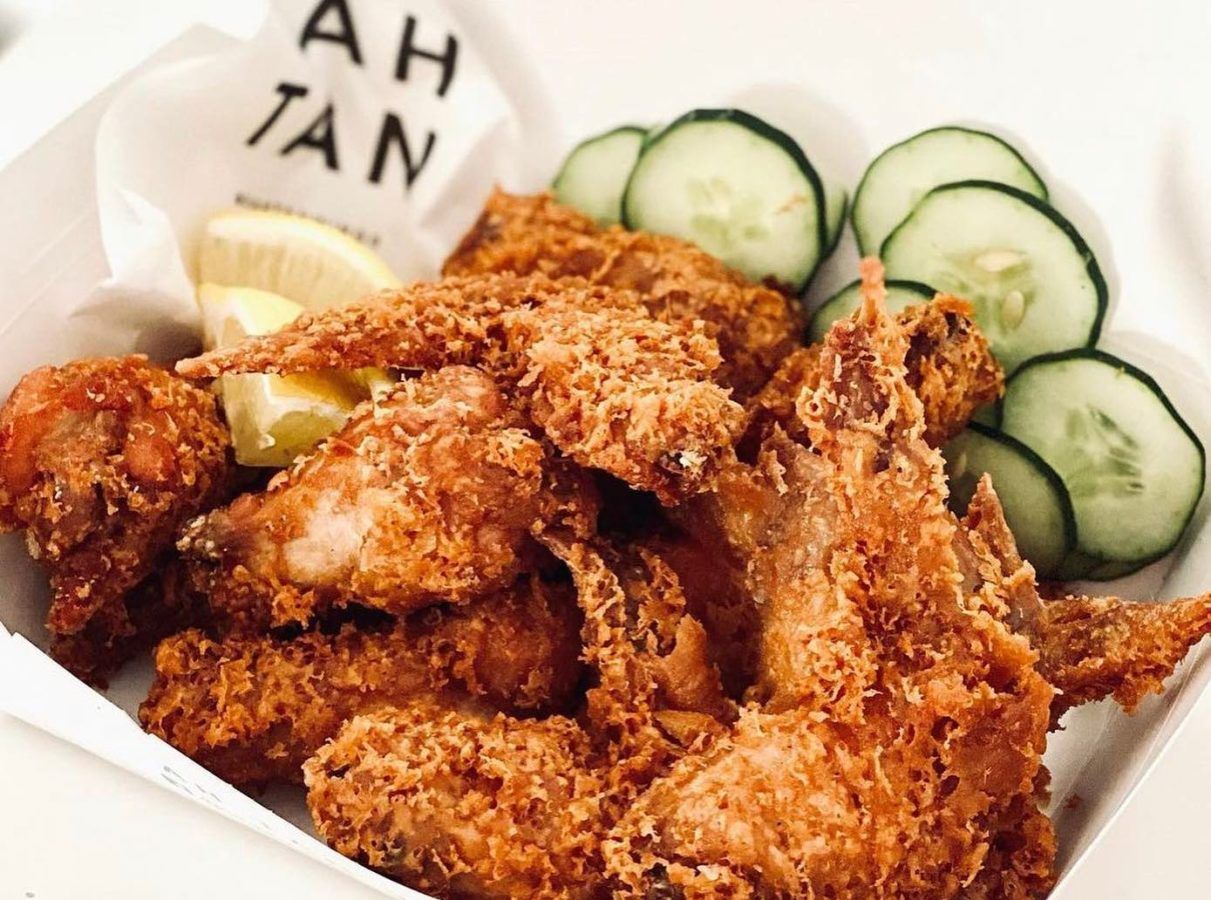 As much as we champion going plant-based for the Earth, there’s really nothing that makes our mouths salivate like fried chicken. If you’re just like us, read on for our recommendations on where you can get the best fried chicken in Singapore.

Just mentioning these two words is enough to evoke memories of biting into a juicy piece of meat that’s been marinated to perfection, accompanied by a deliciously crispy batter to complete the whole experience.

The diet can start tomorrow. We’ve rounded up the best joints in Singapore that deliver to you, so you can tuck into the sinful pieces without worry. Read on for the full list.

Here are the restaurants that will bring you the best fried chicken in Singapore: 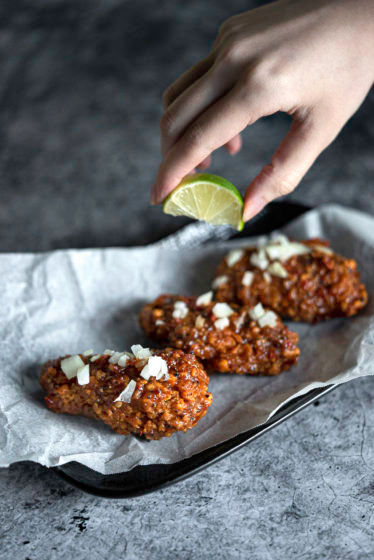 Wicked Wings is one of the latest fried chicken joints that is flapping up a storm. They have 11 different flavours, from local favourites such as chilli crab, salted egg, mala and rojak, to Javanese kecap manis and Korean gochujang. Each order offers the option of six pieces of chicken mid-joints and drumettes or eight pieces of boneless chicken breast strips, complemented with sides like truffle fries and cheddar sticks.

Available on Grabfood, Foodpanda and Deliveroo. 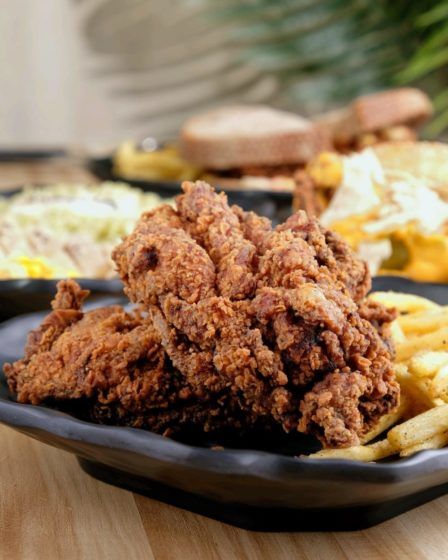 Birdfolks is a chicken joint in Clementi that is doing American-inspired fried chicken with Asian twists. The meat is brined in a mixture of clove, five spice, brown sugar and honey, then double battered and deep fried. Boasting a dark, caramelised crust, it’s utterly sweet, juicy and shatteringly crunchy. Other options include winglets made with three different flavours, fried chicken rice bowls and curly fries. 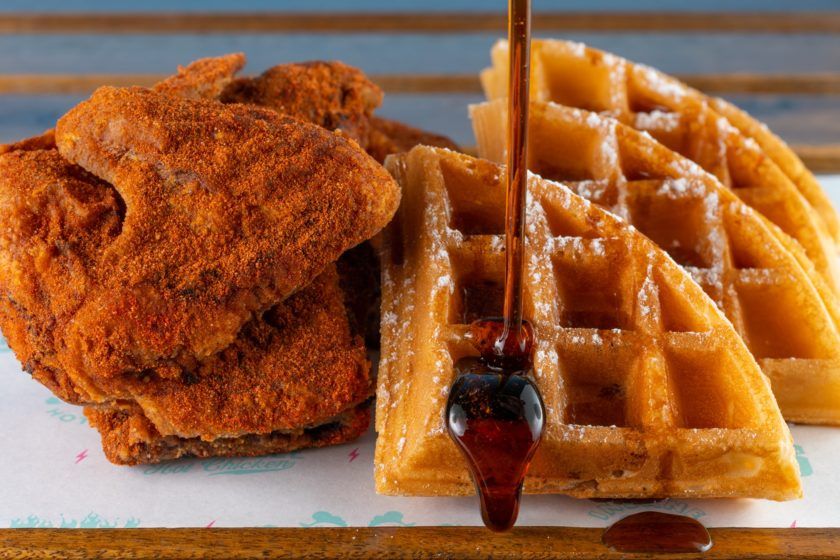 From Texas to Tennessee, thanks to Chix’s rendition of Nashville-style fried chicken. The bird is dry rubbed with a secret blend that include a dozen herbs and spices plus one of the world’s hottest peppers, then served the traditional way with bread and pickles to balance out the heat. It’s fiery, so we are partial to the chicken and waffles with butter and maple syrup to cool things down even further. Other highlights include hot wings, fried chicken sandwiches and creamy milkshakes. 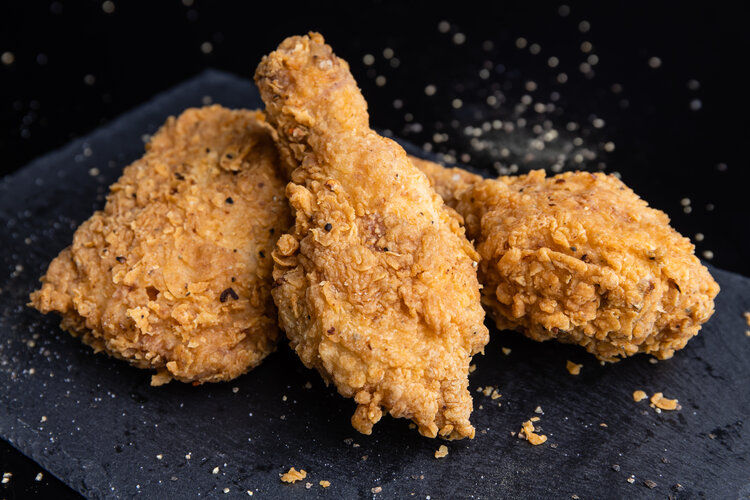 Burgers may be Wildfire’s signature, but they serve a clucking good fried chicken. They’re made from poultry that are grain-fed and cage-free, and delivered fresh daily. The crust is thinner than other restaurants mentioned here, but it provides a satisfying bite with tender and juicy meat underneath. Get it with a side of Tater Tots, which are made with powdered chicken skin, or tackle the XXL Taiwanese Fried Chicken Burger  with two chicken thigh patties and chilli pepper powder (available until 28 February 2022). 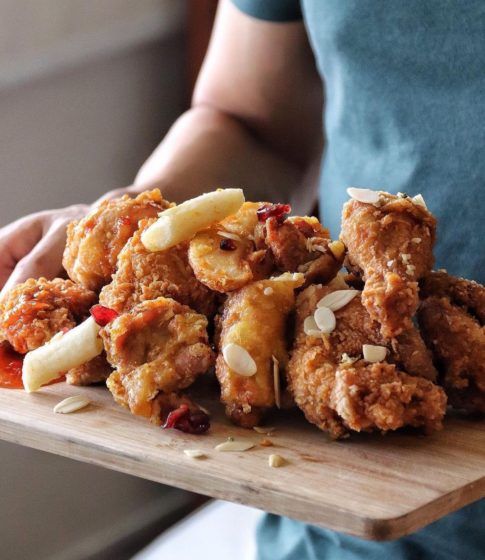 Chir Chir is a Korean fried chicken chain from Seoul. The flavours are extensive – from curry, chilli soy, nacho, yangnyeom to the garlicky Vampire Killer. They practice the culture of “Chimaek,” a portmanteau of the Korean words for chicken and beer, so do as they would and pair your crunchy poultry with a cold Amber Nectar Lager. 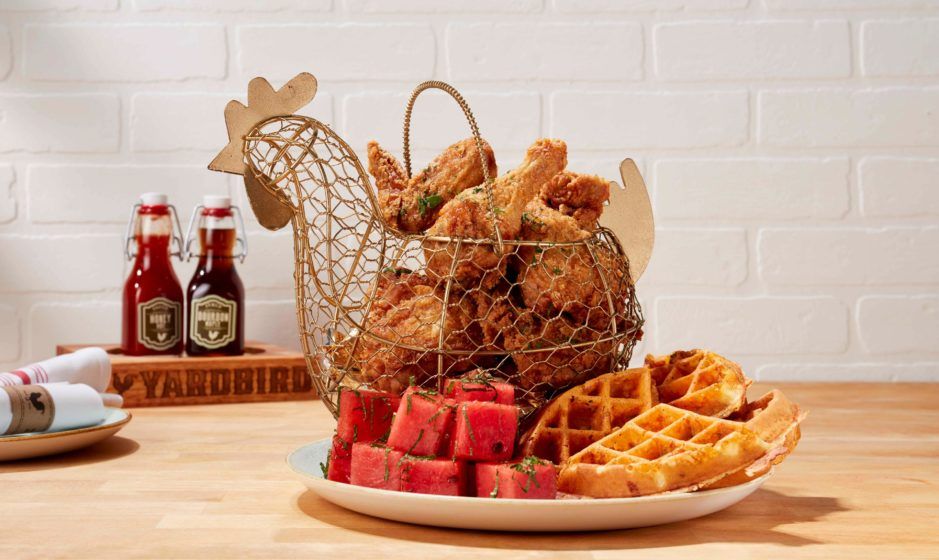 There seems to be nothing better than a chicken and waffles, but Yardbird has taken it up a notch with their version, complete with a generous pyramid of juicy watermelon cubes to cut the grease. As for the chicken, it’s crafted with a 100-year-old family fried chicken recipe that’ll leave you coming back for more. 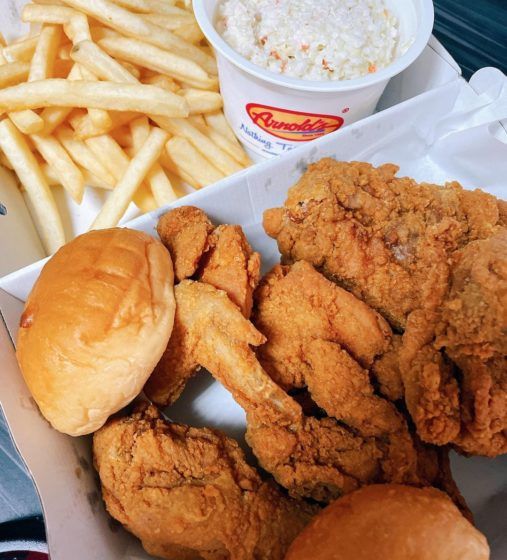 If you’re missing a bit of the traditional fried chicken you used to have when you were a kid, then you won’t go wrong with Arnold’s Fried Chicken. The batter on the meat is deliciously thin, with simple seasonings of salt and pepper, but chicken somehow remains incredibly juicy and tender. We recommend an additional serving of coleslaw with some buns and gravy to pair the chicken with. 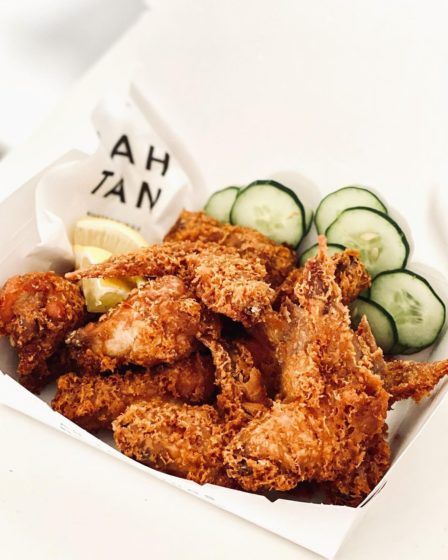 Har Cheong Kai, or prawn paste chicken wings, are one of our favourite things to order at a Tze Char stall, so it’s no surprise we’ve included an option for these plump, flavourful wings on this list. Our pick? Ah Tan Wings. Think a beautifully crunchy prawn paste batter and succulent chicken meat that’s elevated with with a swipe of the tangy, homemade chilli sauce. 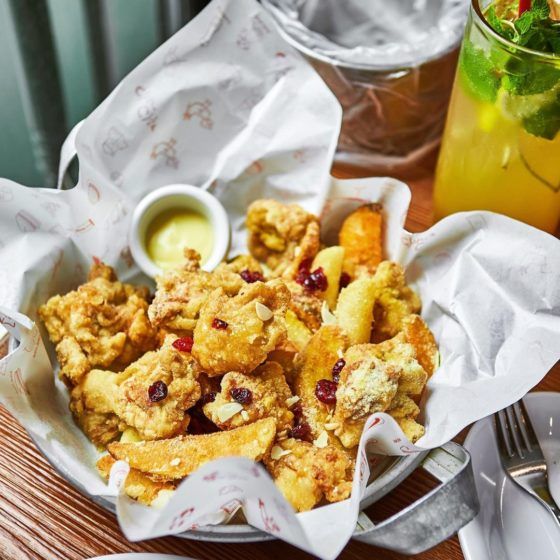 Following the trend of everything Korean, Korean Fried Chicken has become one of the most popular kinds around. We like the unique selection from Chir Chir, studded with menu items such as the Nacho Chicken, plated with juicy tenders, corn tortilla chips and chicken chilli cheese sauce, and the Spicy Chilli Soy Chicken, a mixture of fried chicken, fried Tteokbokki, spicy chilli soy sauce and sliced almonds. Be sure to grab a couple of beers to wash down everything with. 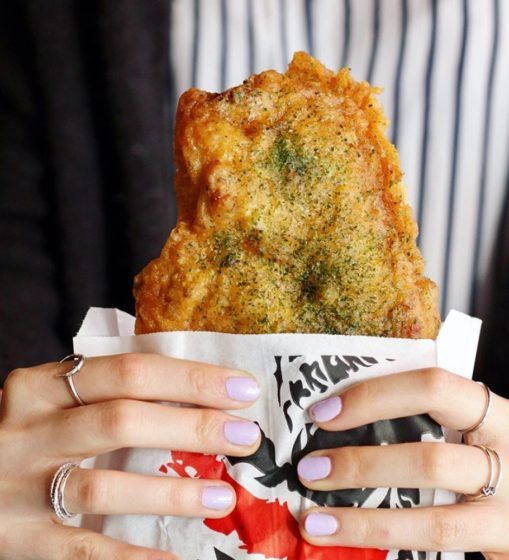 Before the the influx of Korean Fried Chicken, Taiwanese Fried Chicken was one of the most popular kinds around — specially known for their huge chicken cutlets. Monga finds itself as a firm favourite amongst diners: think 2-centimetre thick pieces marinated in honey and sugar that’s double-fried for maximum crispiness.