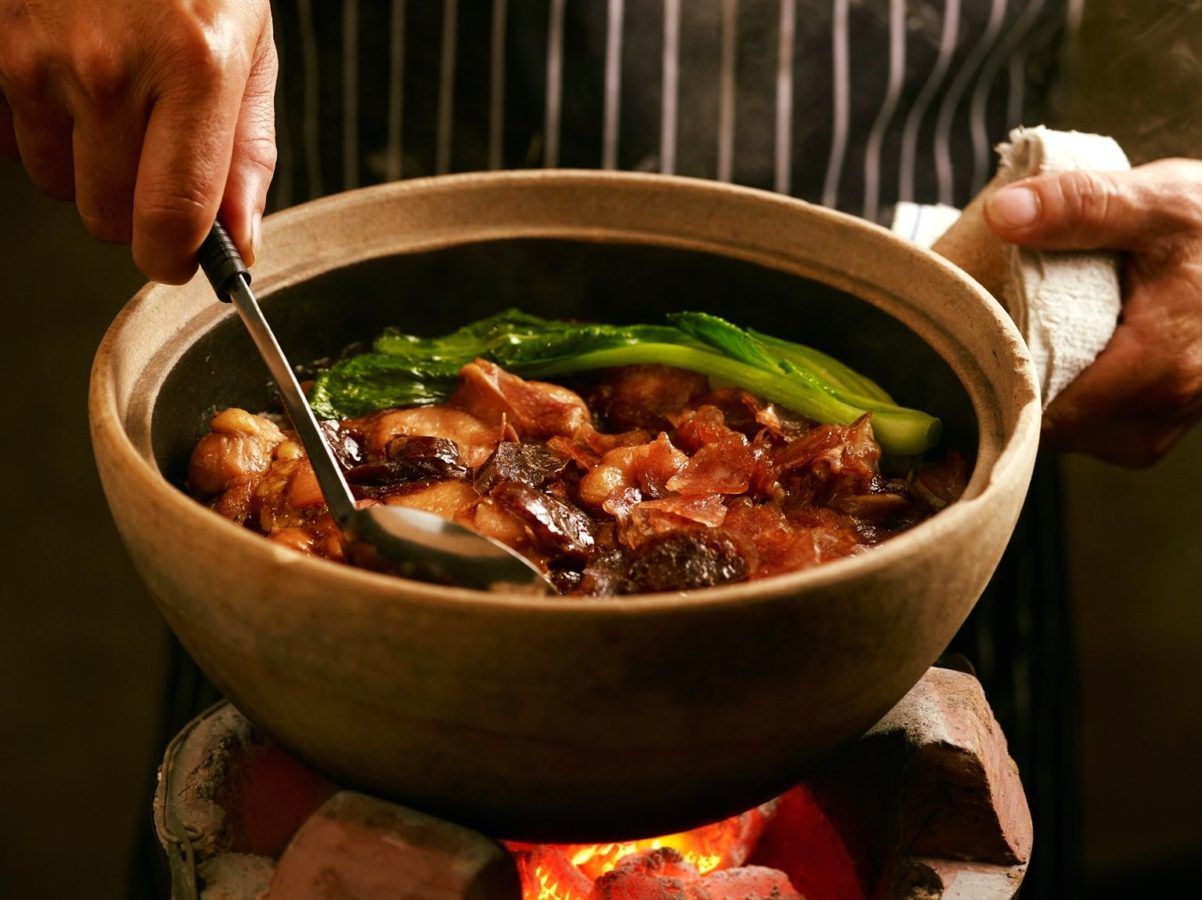 Here’s where to find the best claypot rice in Singapore

What qualifies as the best claypot rice in Singapore?

It’s easy to put all the ingredients in the said claypot without much thought — as long as the bottom turns black and the rice is charred enough, it seems like that’ll seal the deal for many.

Yet, the best claypot rice in Singapore requires the attention to a multitude of fine details. The amount of time the claypot sits on the charcoal stove and precise control of the fire are just some of the most important things to look out for to create a smokey rice bottom that’s still piping hot with tender chicken chunks.

Before you head to these locales, be warned; each serving is only made after you send in your order, so a good 30 to 40-minute wait isn’t unusual during peak hours. We recommend bringing a friend or two along to pass the time, but the wait, as always, is more than worth it.

Read on for the 6 places to get the best claypot rice in Singapore: 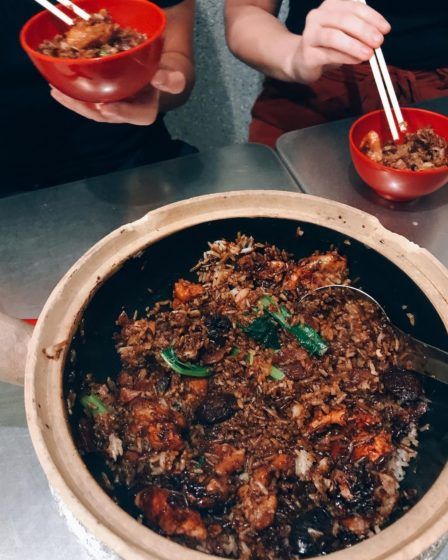 Unlike its namesake, Geylang Claypot Rice is not located in Geylang. In fact, they’ve moved from a humble coffeeshop to a swanky new spot along Beach Road, complete with air conditioning. Geylang Claypot Rice was founded by Mr Ng Kim Hock (better known as ‘Ah Tiam’) more than 30 years ago. Its signature claypot rice is slow-cooked to order over charcoal for that beautiful smokey flavour, complete with traditional toppings like chicken, Chinese sausage, waxed meat and salted fish over rice.

If you’re looking for a bit more variety, there is a good selection of local tze char side dishes like the Tofu with Prawns and the French Bean with Shrimps to choose from. 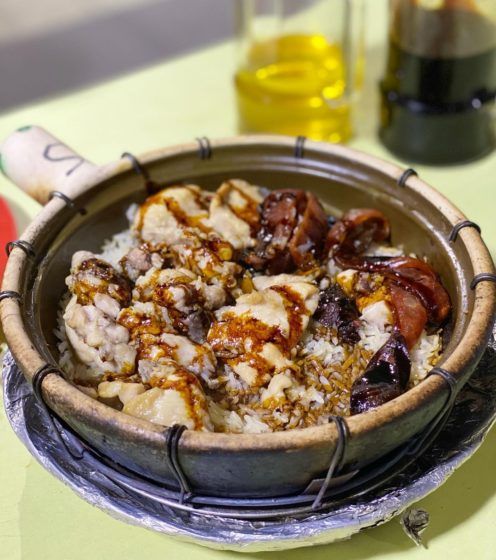 Be prepared to queue here; peak hours will see lines that will cost you almost 90 minutes. Located in Holland Drive Market & Food Centre, New Lucky Claypot Rice has retained its Michelin Bib Gourmand award every year since 2017, and is best known for the Claypot Wu Wei Rice, cooked over charcoal for that delightful smokiness. Expect a hearty selection of ingredients here; besides generous chicken chunks, there’s salty and chinese sausages too. 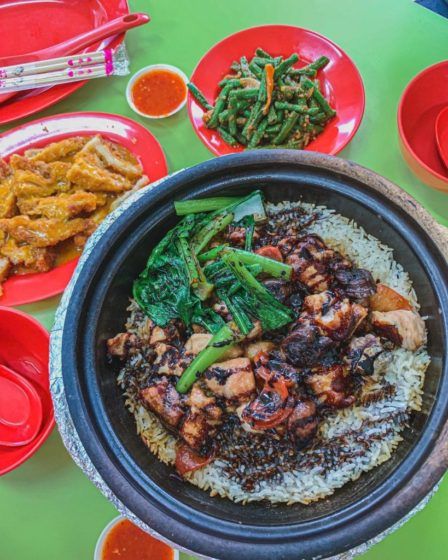 Easties will be familiar with Yew Chuan Claypot Rice, an unassuming stall nestled in the discreet Golden Mile Food Centre. The diner only serves one dish: the Claypot Chicken Rice, with four different price tags to indicate the sizes. Here, each grain of rice comes with a distant char to it, making it perfect for those are fans of the smokey aroma.

Despite the mildly burnt textures of the rice, the chicken remains incredibly tender and chewy to the bite. Just a note — the claypot rice here comes pre-drizzled with black sauce, but diners can choose to add on more should they want to. 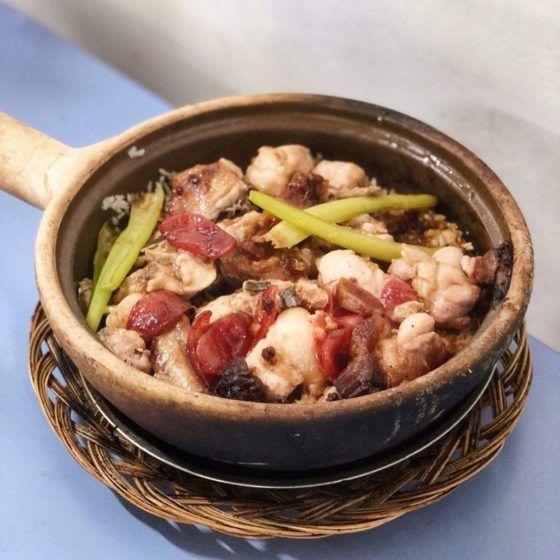 Cooked to order over a hot charcoal stove, Lian He Ben Ji Claypot Rice is the place to head to if you’re craving a piping hot bowl of well-seasoned claypot rice in the Chinatown area. There are three items on the menu: mixed rice, sausage rice (waxed sausage) and chicken rice.

The generous portions are one to look out for: think lightly seasoned, succulent pieces of chicken (watch out for bones!), gorgeous slices of assorted waxed sausage and golden chunks of salted fish. Wash it all down with a serving of homemade Chinese soup and you’re good to go. 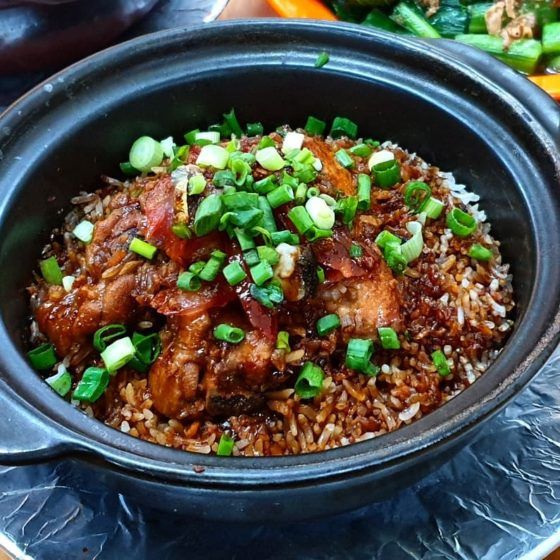 Yong Nian may be a relatively newer listing compared to the other selections here, but this undisclosed spot, now located at Bukit Merah, serves a mean bowl of Malaysian-styled claypot rice. The secret to their popularity? A special concoction of sauce that’s added to the rice upon ordering. The best part? The stall doesn’t have bowls or plates to scoop your rice out onto — you’ll have to make do with eating it straight from the claypot for that ultimate moreish experience. 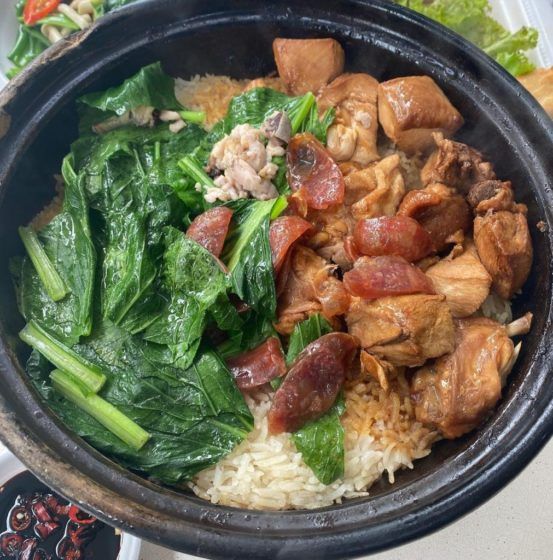 Those seeking a taste of nostalgia shouldn’t give Sembawang Traditional Claypot Rice a miss. With recipes dating back to the 1980s, they’ve been winning diners time and time again with their authentic bowls of claypot rice, with each claypot cooked to order.

Expect slightly burnt rice tossed in wafting aromas of salty waxed sausage and a marinade that’ll keep you coming back for more. Besides the claypot rice, the stall is also famous for the traditional KL-styled San Lao Bee Hoon that’s flattened with a crispy top and served with a trove of ingredients at the bottom.

Address
4 Jln Tampang, Singapore 758948
Website
Website here
Phone
+65 6757 7144
Dining Singapore Food claypot rice Hawker Food
Jocelyn Tan
Senior Writer
Jocelyn Tan is a travel and design writer who's probably indulging in serial killer podcasts or reading one too many books on East Asian history. When she actually gets to travel, you can find her attempting to stuff her entire wardrobe into her luggage. Yes, she's a chronic over-packer.
Travel Design
Sign up for our newsletters to have the latest stories delivered straight to your inbox every week.