Home > Food & Drink > Dining > Soy sauce marinated crabs are taking over Singapore’s food scene. Here’s where to get them at 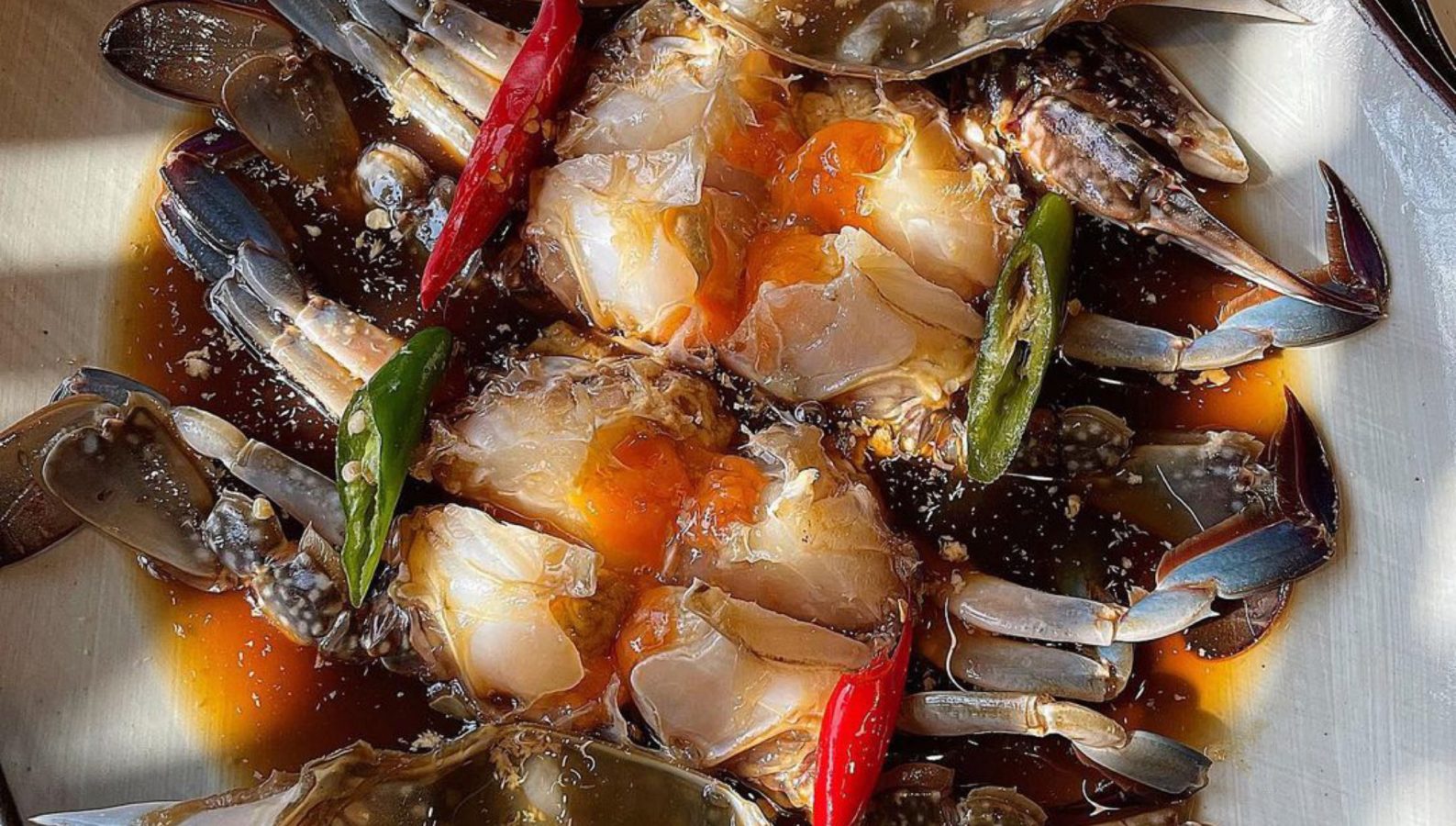 Food & Drink
Soy sauce marinated crabs are taking over Singapore’s food scene. Here’s where to get them at
Share this article
Next article

Korean cuisine has been making waves in Singapore the last few years — we definitely aren’t strangers to dishes like tteokbokki, Korean fried chicken and Korean barbecue. The soy sauce marinated crab, however, is a dish that has remained mostly elusive to the uninitiated — until now that is.

Chilli crabs and pepper crabs might be aplenty, but soy sauce marinated crabs? Also known as Ganjang Gejang, this delicacy starts with a generous soy sauce brine that’s usually spiked with apples, onions, garlic and chilli peppers, before it’s poured over fresh, raw flower crabs and marinated in the refrigerator for at least 24 hours and served chilled.

The result is mind-blowing, deliciously tender, raw crab flesh that oozes out with ease, accompanied by a beautiful balance of spicy, sweet and salty character. A fair warning though, the aromatic and flavoursome Ganjang Gejang meat can get a little too overpowering when had on its own, so a bowl of fluffy white rice (or three) is its best companion.

There are a couple of ways you can eat it: suck the meat straight out of the shell if you’re one for stronger flavours, or squeeze the meat out on your rice and mix well. For a truly authentic experience, however, we recommend adding a couple of spoonfuls of rice onto the shell and mixing it directly with the roe and the meat.

We’re salivating at the thought already.

Here’s where to get the best soy sauce marinated crabs in Singapore:

You might also like…
Food & Drink
Do you even swallow? What is shirako and where to try it in Singapore
Food & Drink
Review: Nae:um promises a whole new meaning to Seoul (Soul) food 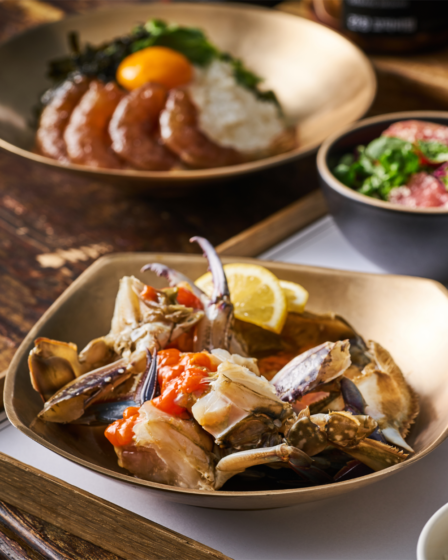 Korean food curator Mukbang Mart is one of our favourite places in Singapore for authentic Korean fare, including side dishes, snacks and of course, soy sauce marinated crabs. They’ve curated their Ganjang Gejang from Gebang Sikdang in Seoul, a restaurant that’s been on the Michelin Guide Seoul Bib Gourmand list since 2018. Each box at Mukbang Mart contains one crab, and you can get them in boxes of four if you’d like to have more. 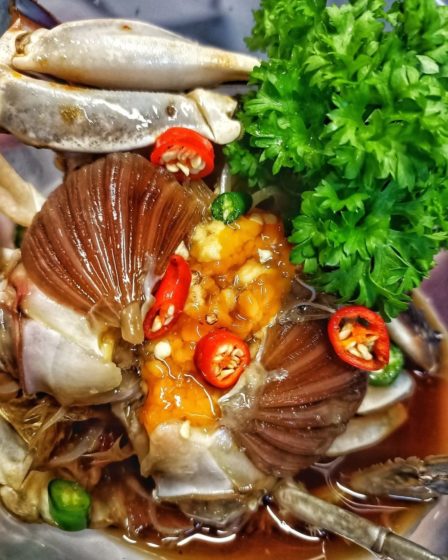 Charcoal Korean BBQ restaurant Go Gi Jip serves up a mean menu of meats for you to grill, but they’ve also been gaining traction for their version of the soy sauce marinated crab too. Sizzling hot pork and beef charred to perfection and a chilled, salty-sweet crabmeat best had with rice? We couldn’t think of a better combination. 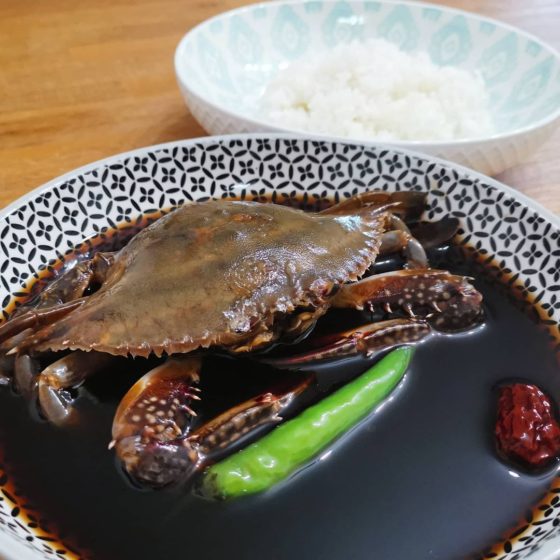 It has never been easier to order some soy sauce marinated crabs than now. While you’re doing your regular Shopee buys, just add some of SingSingMart’s crabs to your cart when you check out. Here, you’ll find a 600-gram soy sauce marinated crab or a 300-gram spicy sauce version to choose from, as well as two delivery timings for your convenience. 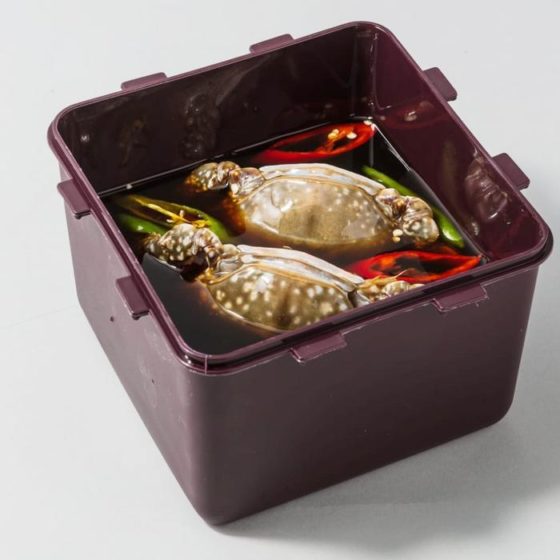 Founded by professional chef, television host and food author Olivia Lee, SoGoodK is the one-stop shop for all your Korean lifestyle products. On its food selection, they’ve curated the iconic soy sauce marinated crab from Ilmi Ganjang Gejang Restaurant, a restaurant in Seoul with 45 years of experience making the dish. Each tub comes with two crabs submerged in a generous serving of soy sauce. 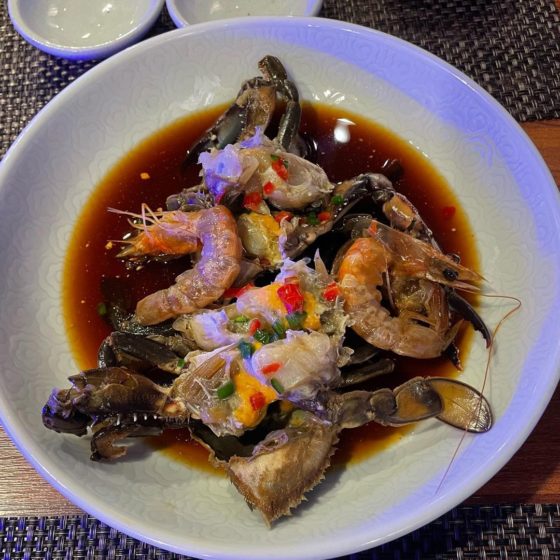 Don’t be fooled by the unassuming storefront of Badam. Apart from some of most finger-licking soy sauce marinated crabs, you’ll also find soy sauce marinated prawns as well, a dish that’s even more elusive than it’s pincer-wielding counterpart. The Badam set, available at S$130++, is a hearty choice for any diner: think two Korean sashimi platters, a seafood platter, a multitude of side dishes and a spicy fish bone soup, a selection which changes daily.

Address
22 Tg Pagar Rd, Singapore 088445
Book here
Dining Korean food Soy sauce marinated crabs Ganjang Gejang
Jocelyn Tan
Senior Writer
Jocelyn Tan is a travel and design writer who's probably indulging in serial killer podcasts or reading one too many books on East Asian history. When she actually gets to travel, you can find her attempting to stuff her entire wardrobe into her luggage. Yes, she's a chronic over-packer.
Travel Design