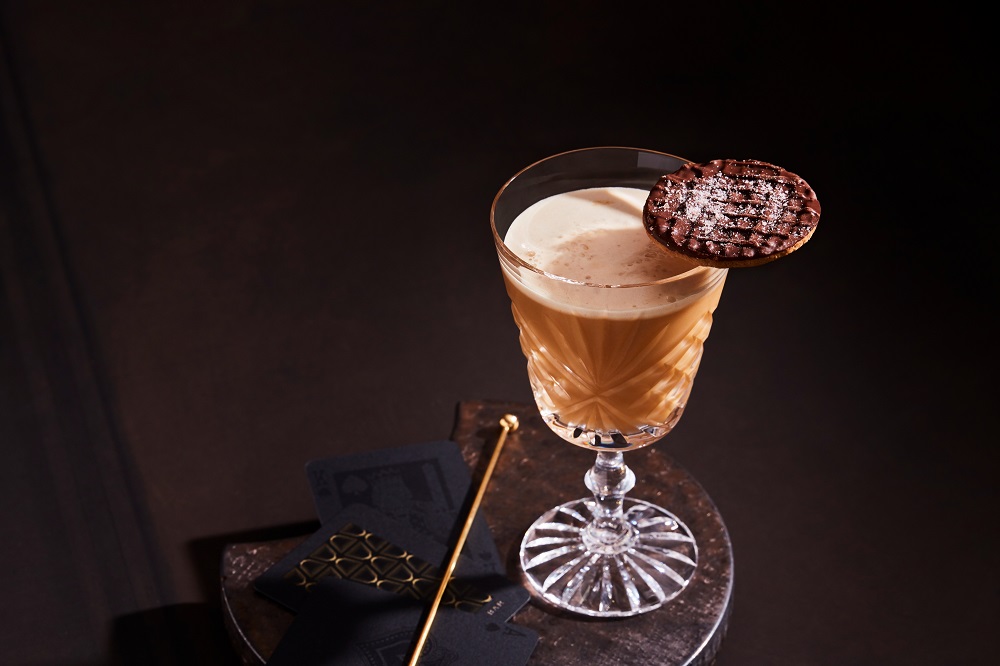 12 food and drink events to feast on this November 2021

The festive season comes early with whisky dinners, bar birthdays, and a celebration of all things cocktails at these 12 food and drink events this November.

This month, local craft brewer Niang marks its first anniversary with new beers and a party at Orh Gao, as Mr Stork cosies up to Neon Pigeon for special cocktails at its fourth birthday. Smoke & Mirrors is also blowing out the candles with guest shifts and interactive art, while 1-Altitude brings back its art influenced Aisa dining sessions.

It’s a busy time over at Raffles Hotel, which is hosting Old Fashioned Week, a reimagining of the Singapore Sling, and captivating vodka drinks across its four bars. The St. Regis is overhauling its entire bar programme in the Asia Pacific, and Singapore is one of the first to implement it.

Whiskies get a foot in with dinner pairings by Glenfiddich, which is recreating its distillery experience at Nutmeg & Clove, as The Balvenie swoons next to Thevar‘s contemporary Indian food.

If pisco is your disco, there’s a celebration of the Peruvian spirit on now till the end of November. Consider that as warm up for the monthlong Singapore Cocktail Festival starting 12 November. Read on to find out more. 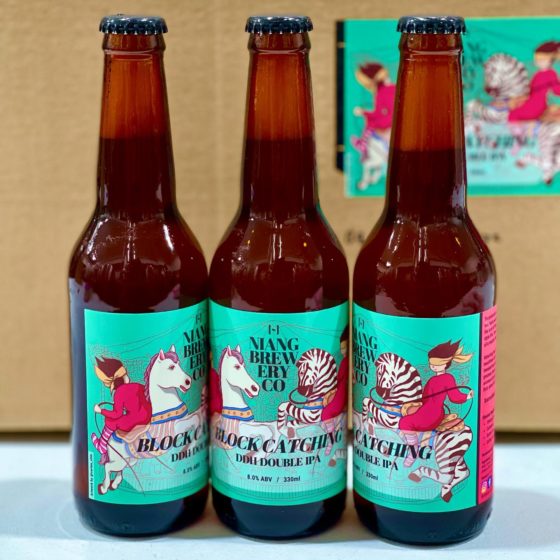 Local craft brewery Niang is turning one and they’re celebrating with a party at Orh Gao Taproom. The brewer Mark Chen will be there to pour his current releases as well as three new IPAs, all of which celebrate Singapore through beer names, label designs, and local ingredients. Sourdough pizzeria Chooby will also be there serving golden milk chicken pizza and char siu pizza. At the Long Bar, they pay tribute to the hotel’s resident historian and love for coffee in the Mr. Danker (whisky, coffee tarik, chocolate bitters, and kaya foam). Osteria BBR by Alain Ducasse gives the cocktail an Italian twist with a grappa and cherry amaro base, while Raffles Courtyard remixes it with mezcal and honey apple. Lastly, Writers Bar’s Ban Zu combines bourbon with lemongrass, longan, and gula melaka. 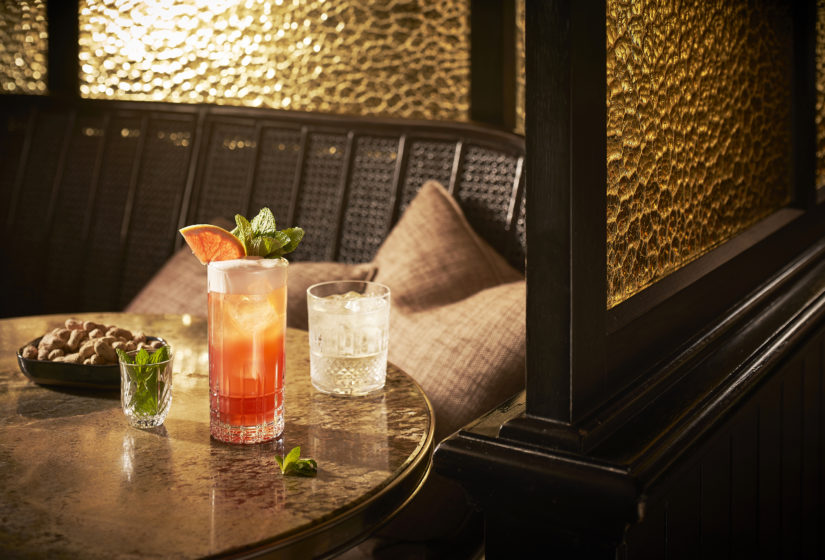 Slingology with Studio 1939 at Long Bar

Long Bar, home to the Singapore Sling, is shaking up the iconic drink at the fourth instalment of Slingology. This time, Potato Head’s Studio 1939 Bar steps up with a sultry rendition called Silhouette. Rum stands in for gin and combines with Suze, prosecco, raspberry liqueur, and fresh pineapple juice.

Besides that, drinkers can also forward to Hey Pal, which blends bourbon, two kinds of sherries, and amaro, plus Momotaro’s Adventure is a floral buzz with Sakura Vermouth and elderflower liqueur.

All Slingology cocktails are S$26+ each.

Thursdays and Fridays, 3pm to 10pm
Saturdays and Sundays, 2pm to 10pm 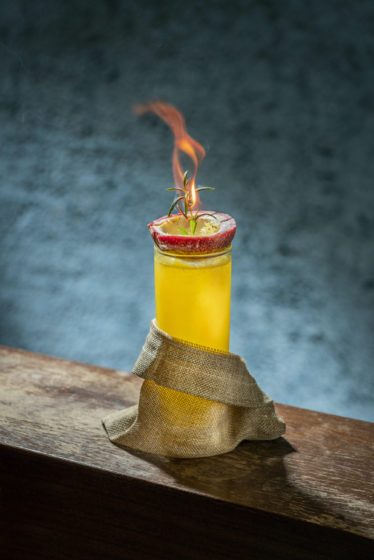 Pisco Nights celebrate the native Peruvian spirit by roping in eight of Singapore’s top bars. Venues include Bar Stories, which mixes it with passionfruit, lemon, rosemary in a flaming highball, while Gibson adds pineapple, mirin, and prosecco.

For The Elephant Room, Peru and India strengthen relations through a pisco and Indian spiced wine tipple. Japan also comes into play in Neon Pigeon’s concoction, which sees barrel-aged umeshu and shiso with pisco. Mr Stork with Employees Only and Neon Pigeon

Rooftop bar Mr Stork at Andaz Singapore is teaming up with two of Singapore’s acclaimed bars in November. The first is Employees Only as part of the Mr Stork X guest bartenders series. The collaboration results in three drinks like Dr. Funk (Barbadian rum, hibiscus, and soda), and Spill The Tea, a vodka sour with elderflower, green tea, and pomegranate.

Next is their fourth anniversary celebration with modern Japanese izakaya Neon Pigeon. From 16 November, they’re doing special whiskey drinks like a highball with passionfruit, apple juice, and yuzu miso, and a Boulevardier-style cocktail with umeshu and dashi. 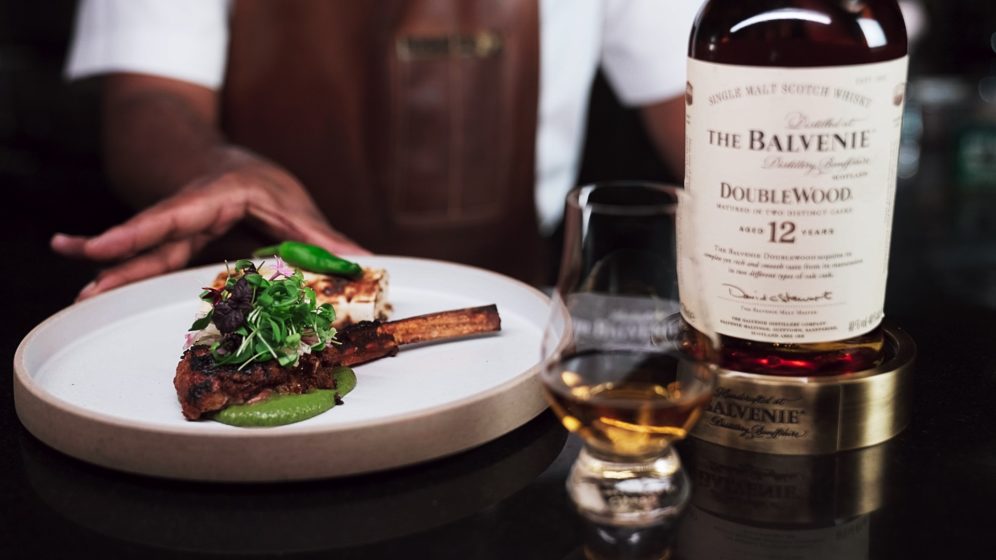 The Balvenie Handcrafted by Thevar

The Balvenie’s whisky dinner series with the Michelin Guide returns, this time with one star modern Indian restaurant Thevar. Chef Mano Thevar brings the pairing to life through two dishes in the dining menu (S$278+).

The main dish is a tandoori rack of lamb with herbs chutney, tarragon raita, and lamb fat rumali roti, whose spicy and herbaceous flavours are complemented by the layers of honey and vanilla in The Balvenie Doublewood 12. For dessert, saffron and cardamom-infused rasmalai is served with ghee cake and cinnamon ice cream. It’s rich and complex, an ideal foil for The Balvenie Caribbean Cask 14’s sweet, creamy toffee notes. A month of cocktails await from 12 November as Singapore Cocktail Festival returns. There’re three ways to enjoy the celebrations. The first is through the City Takeover, where 36 bars will present one music themed cocktail each.

The second is through the cocktail brunches for the next five weekends. Ten bars will be taking turns to whip up a boozy meal with local and international influences. Lastly, immerse yourself in the city’s cocktail culture through a host of events and masterclasses from tapas nights to rum tastings.

Full details of the festival can be found at this website. 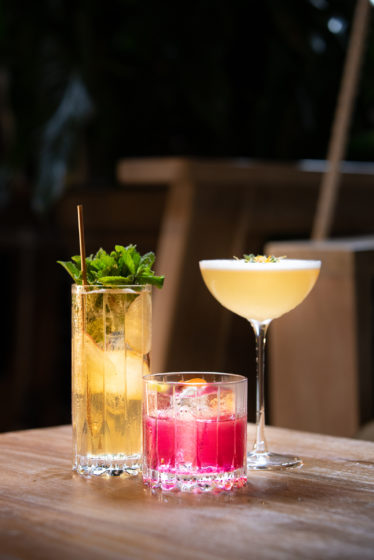 Smoke & Mirrors, the cocktail bar on the National Gallery’s roof, is marking its six years with two events on 15 and 22 November.

First up is Sip & Paint on 15 November. Let your creative juices flow by joining in a community artwork, then celebrate your masterpiece with drinks by Gabriel Carlos from One-Ninety Bar, Four Seasons Hotel. The bartender has developed a menu inspired by some of his favourite paintings such as Sandro Botticelli’s “Primavera” (a gin sour with bitter orange marmalade, grapefruit, and herb syrup) and René Magritte’s “The Son of Man” (scotch highball with pear, clarified apple and lemon juice, mint, and lavender).

On Monday, 22 November, Bannie Kang takes over for the Marvellous Marbling event. Her drinks include 1st Avenue, which features Rye, calvados, Campari, passionfruit, and cream. The Tiger’s Eye, on the other hand, layers Earl Grey, cassia seeds, winter melon, strawberries, and lime on top of whiskey. Purchase any two cocktails and you get to create marbling art on ceramic coasters to take home. 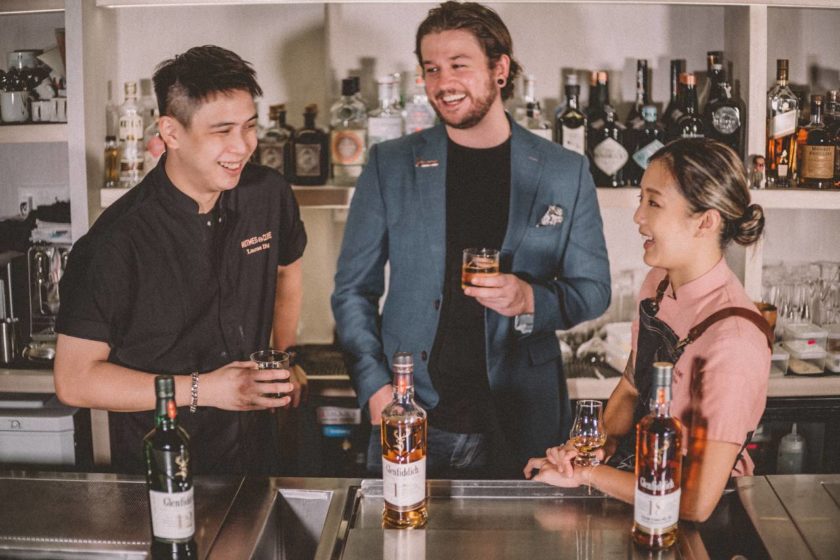 Speyside scotch producer Glenfiddich is bringing a part of its distillery experience to Singapore through two feasts at Nutmeg & Clove.

The first is the Distillery Dinner Experience on 23 November, which reimagines a meal at the distillery restaurant with local flavours. It’s a five course menu featuring dishes like Scotch egg with Asian cabbage slaw, Spanish mackerel with Assam cream stew, and fish and prawn crackers with a fiery, cheesy dip. Each course is paired with a Glenfiddch drink, from a ginger and tea highball with Glenfiddich 12 Years Old to a dram of the intensely complex Glenfiddich 18 Years Old.

The Modern Glenfiddich Experience on 7 December gets more experimental with the food. Joining Nutmeg & Clove’s head chef Lucas Ding in the kitchen is chef Tryson Quek of Mu in Taipei, and they will be plating a six-course modern Singaporean dinner paired with five cocktails. Diners will also be treated to two drams of Glenfiddich whisky to start and end the meal. 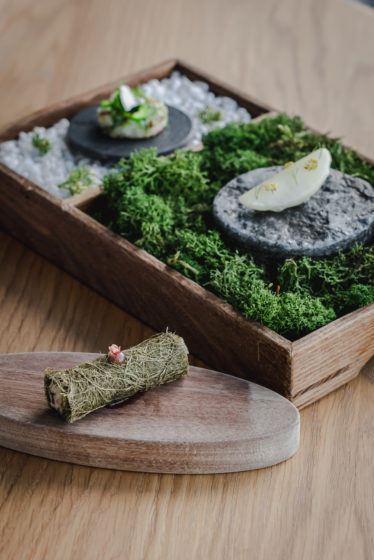 For this episode, he delves into the Chinese philosophy of the five elements – wood, fire, earth, metal, and water – and the four seasons to create a six and nine course menu consisting of refined Asian flavours and exquisite plating.

For Yang, he brings the seasons, elements, and colours to life using augmented reality accessible by scanning a QR code with your phone. At the end of the evening, diners get to keep a memento specially designed for this collaboration.

Mondays to Sundays, 6pm to 10pm

For reservations, call 8879 8765 or email mimi@1-group.sg and quote “AISA” in your reservation request. 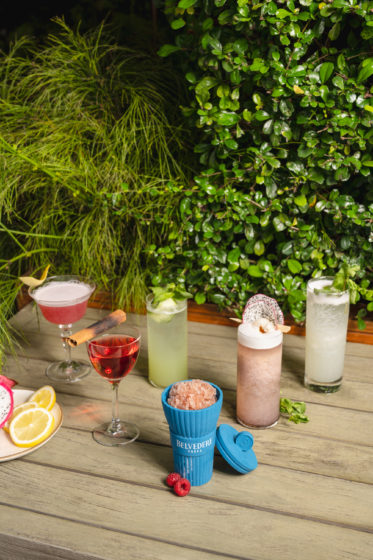 Belvedere Vodka swipes right on the Raffles Courtyard to spotlight six vodka creations. Cocktails include the Belvedere Air, a citrusy summer drink with lemon juice, honey water, and almond milk, as well as the Belvedere Crush, a frozen blackberry granita cocktail that drinkers will have to squeeze before sipping.

The Holiday Martini is made herbaceous through rosemary, hibiscus, and absinthe, while Cucumber Soda refreshes with cucumber kaffir lime syrup and Chartreuse.

The Belvedere Specials are priced at $20+ each, and are available from Mondays to Sundays, 3pm to 10pm. Happy Hour is available daily from 5pm to 8pm, and cocktails will be priced at $15+ each. 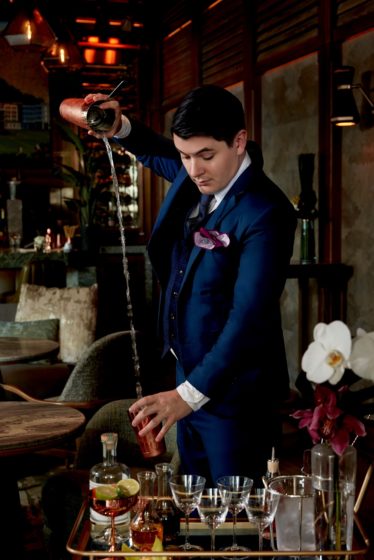 The St. Regis Hotels & Resorts chain is rolling out a new bar programme for its Asia Pacific locations, and Singapore is one of the first to showcase the offerings.

The programme features 40 cocktail recipes inspired by five New York neighbourhoods. A Settled Trader, for instance, remembers the Dutch settlers in Tribeca with butterfat-washed genever, port, and banana liqueur. Cotton Club turns to the whisky sour as a tribute to the Prohibition-era nightclub of the same name in Upper Manhattan’s Harlem borough.

Also new is The Violet Hour, which ushers in the transition from day to night with theatrical cocktail throwing and the Violet Hour Martini, an aromatic blend of gin, vermouth, orange, and violet.