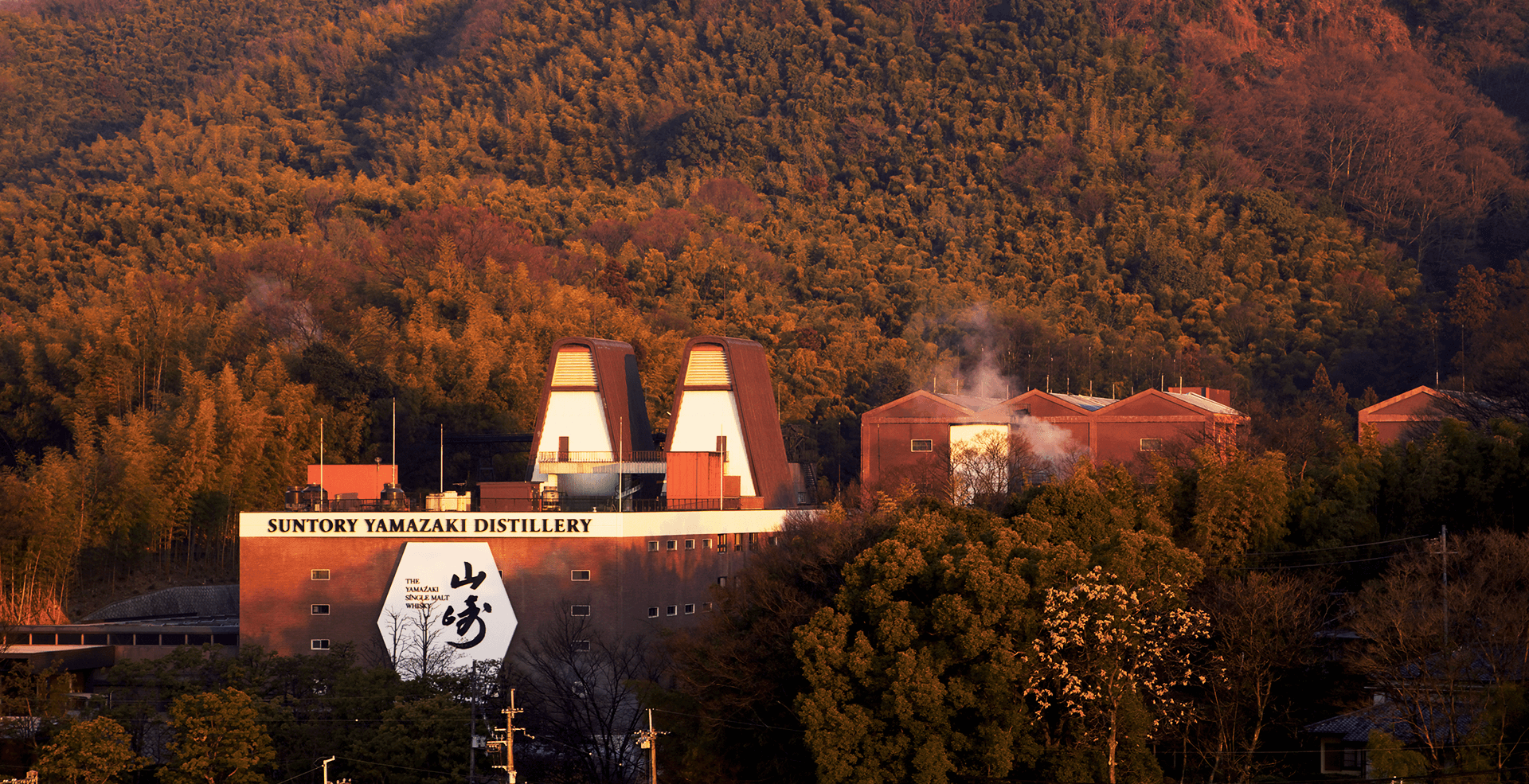 8 Japanese whiskies to collect before they all run out

Whisky production in Japan is a fledgeling industry when compared to Scotland’s immeasurable heritage in the same area. Yet, in the span of less than a century, the East Asian country has thundered its way into the global malt sphere, creating stellar whiskies that have become some of the most sought-after.

The flipside to that intense demand is, unfortunately, a dramatic lack of supply. Recently, Suntory announced that it would be discontinuing two of its best-selling expressions, the peaty Hakushu 12 Year Old, and the Hibiki 17 Years Old, a multi-award-winning single malt that climbed to fame after Bill Murray gave it due screentime in the cult classic, Lost in Translation. Sales for the Hakushu are expected to stop this month (and any astute collector will know it is already a challenge to get hold of remaining stock), while the Hibiki has been accorded longer shelf time, with sales slated to cease in September.

This drought comes at a time where Japanese whisky, especially those from defunct distilleries like Karuizawa and Hanyu, is making bank internationally during auction season. Earlier this year, a Yamazaki 50 Year Old broke records at Sotheby’s Hong Kong when it fetched S$392,000, making it the priciest bottle of Japanese whisky ever sold.

At the announcement of the discontinuation, a Suntory representative also cited the current domestic popularity of the highball as a reason for the whisky shortage, telling the Japan Times that the market for those single malts was “beyond what we could have expected”.

There are currently no reports as to when (or if) Suntory plans to revive the Hakushu 12 and Hibiki 17, but it is not all a lost cause. Japan’s nine functioning distilleries have plenty else to offer an uisgeophile. Before the shortage turns into a full-on scarcity, we’ve rounded up some of the Japanese whiskies you ought to collect. 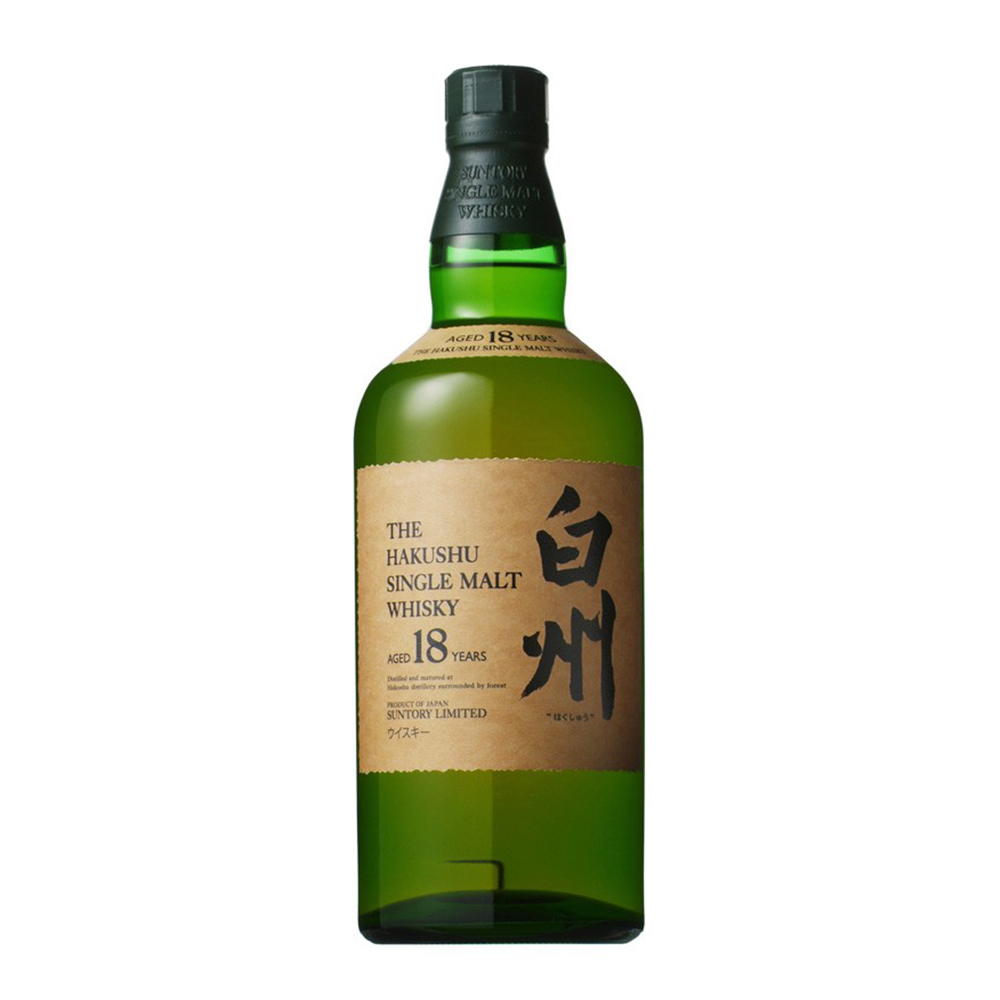 As the 12 Year Old will soon be the stuff of legends, we turn to the Hakushu 18 Year Old for solace and find more than we could ever ask for. The influence of sherry casks is strong with this whisky. Manuka honey and ginger spice notes create a sweet and spicy melange on the tongue when you sip, each mouthful balanced by just a touch of wood smoke. 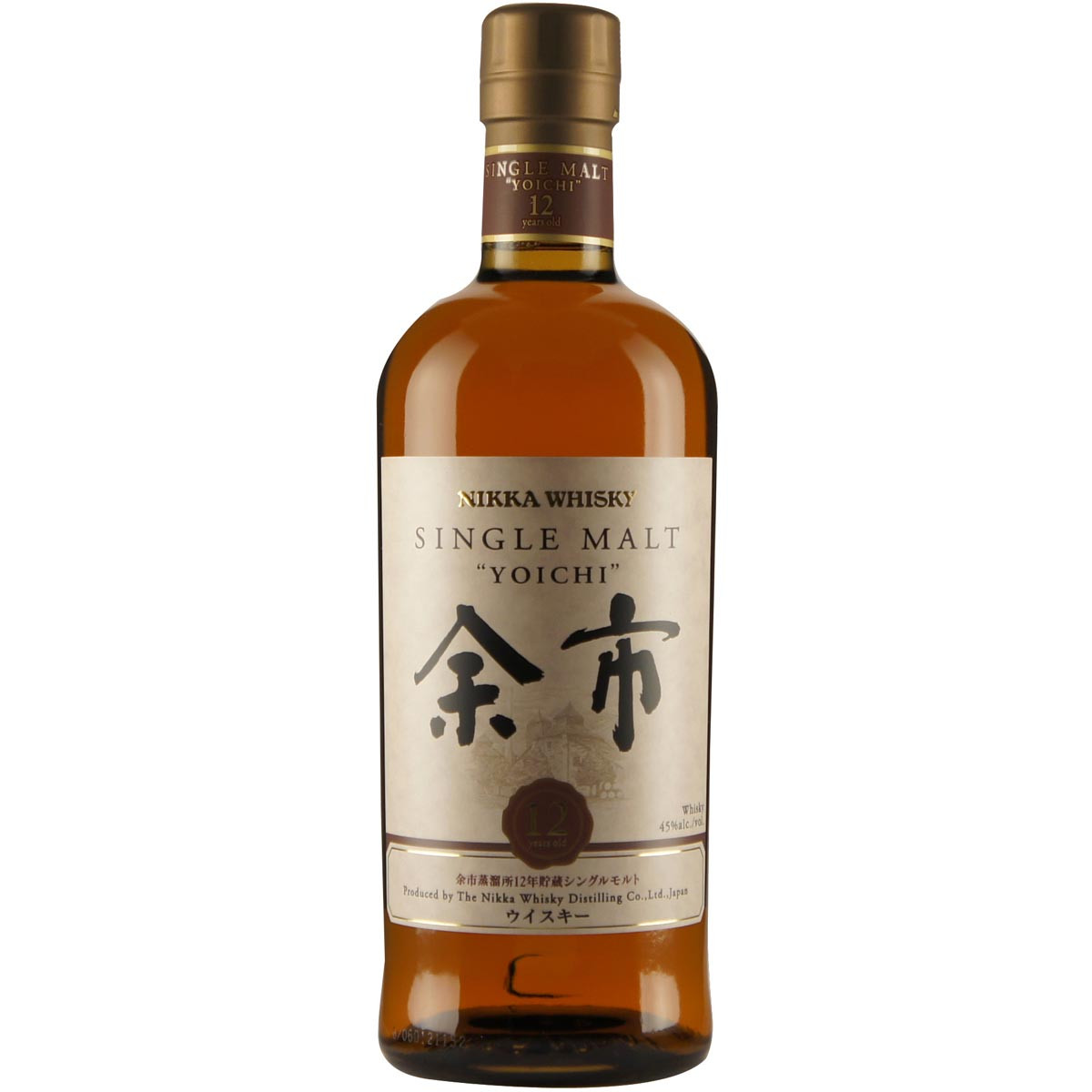 Many don’t know that Nikka was the first Japanese whisky ever created, and its birthplace was in Yoichi, Hokkaido. The still-running Yoichi distillery has become a chapel for whisky, and until 2015, it produced a range of age-statement single malts under its namesake. Each of these was a mixture of liquid gold sourced from the casks at the distillery, with its 12 Year Old being the fruitiest of the bunch, where freshly-cut autumnal fruits and salt plum brim on the nose and palate.

Now, Yoichi produces a non-age statement single malt – its sole release — which is pleasant enough, but if you must collect, gun for the 12 Year Old. 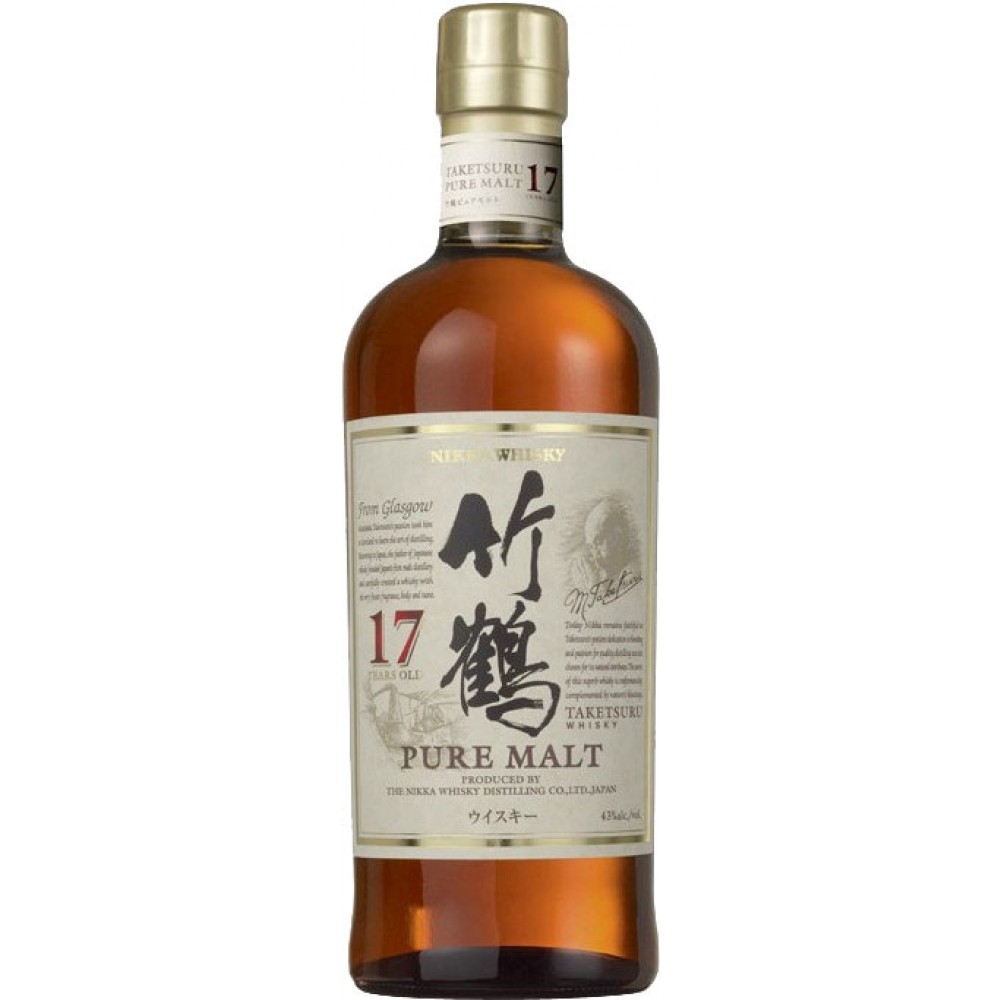 Without Masataka Taketsuru, Japanese whisky would not exist. Nikka pays homage to the founding father of its national spirit with the Taketsuru line of whiskies, of which the 17 Year Old is exceptional. This mellow expression is a successful balancing act between peat and sweet, with each dram tasting like a square of smoked dark, orange chocolate turned liquid. The next time you are in Japan, keep your eyes peeled for this one. 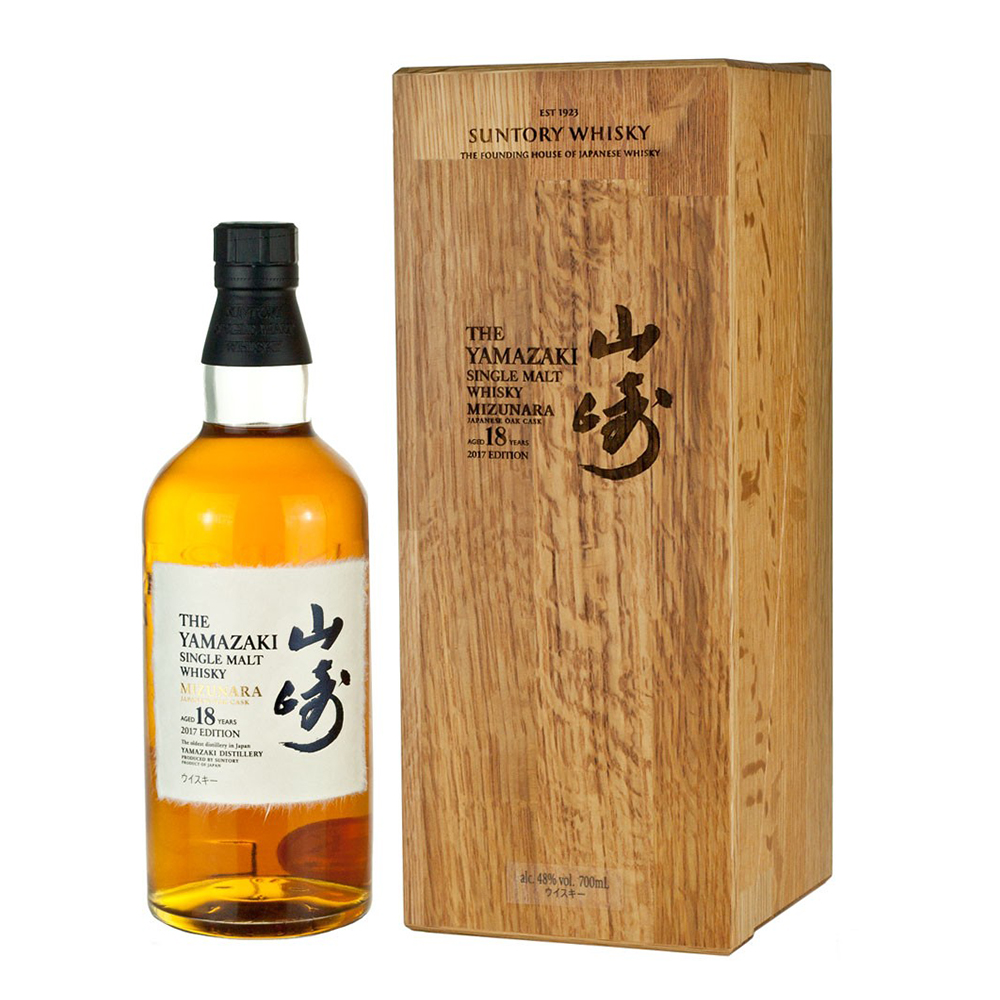 Mizunara, a type of Japanese oak, is a challenge to work with due to its permeability. This is why whiskies matured in the hardwood cask are so treasured, and Yamazaki’s Mizunara release last year was no exception. Only 5,000 bottles of the 18 Year Old whisky were created for sale worldwide, and that number is constantly dwindling.

Flavour-wise, this Yamazaki stands as one of the truest testaments to what makes a uniquely Japanese whisky, as notes of dried fruit, aloe wood and cinnamon spice dance with a distinctive aroma of incense that reminds you of walking through a Shinto shrine. 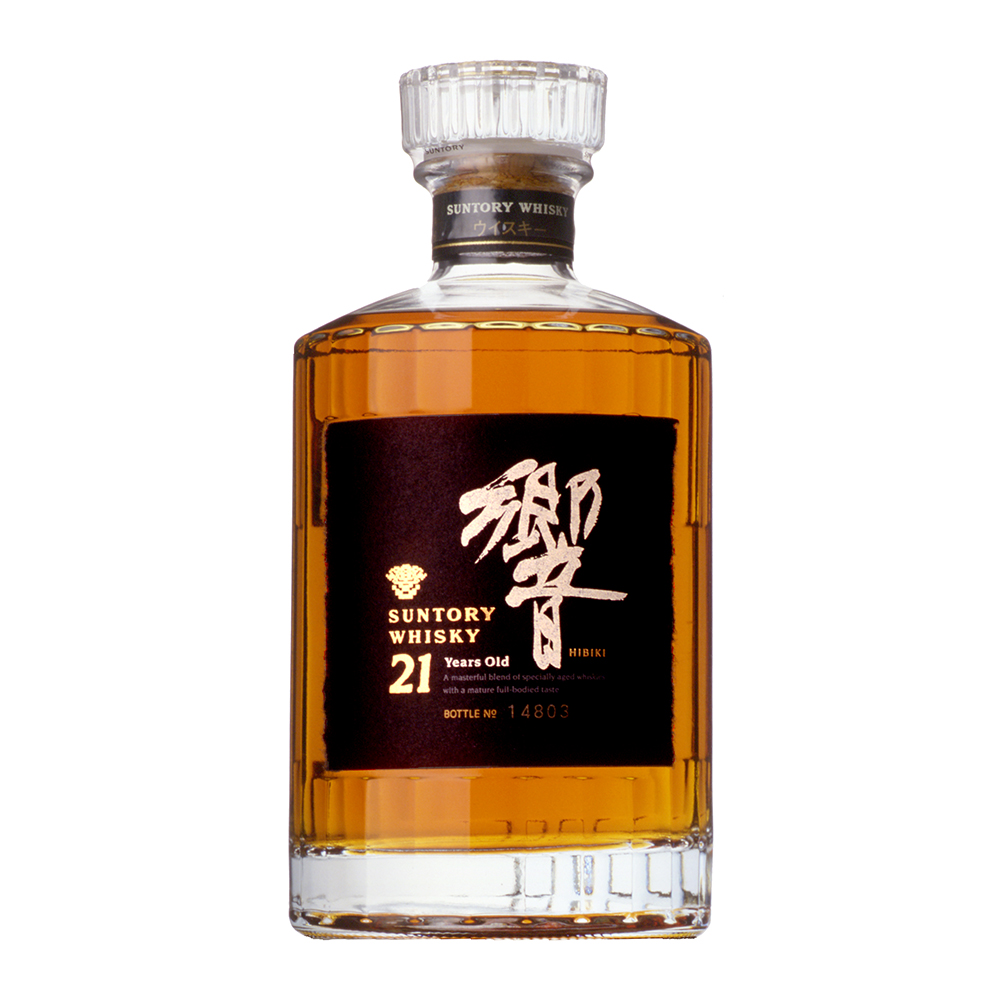 The snobbery that comes with preferring single malt whiskies over blended ones is still very much alive, but Hibiki’s 21 Year Old ambrosia is set to challenge every grudge you’ve held against blends.

The toffee-coloured liquid has won the World’s Best Blended Whisky title at the World Whisky Awards consistently, and a sample will prove why. Created from a mix of malt and grain whiskies across the Suntory library, then aged for 21 years, this blend is a symphony of notes comparable to a single malt sherry cask whisky, opening with caramel, and vanilla, then segueing into berries and a nudge of citrus. Mars is a little-known distillery located in Shinsu, famed for its soft and light whiskies due to the use of Japanese alpine water. The Komagatake 1986 is a 30 year old whisky, bottled in 2016, and is a rare relic from a period when the distillery closed for 19 years in 1992, only to reopen later in 2011.

The Komagatake 1986 is highly sought-after because Japanese peated whiskies that come with the phenolic punch of an Islay malt are so rare, and it is also one of the few age statement bottlings available from Mars right now. The Shinsu distillery has a number of blended and unaged options available, but if you do chance upon this, jump on it. 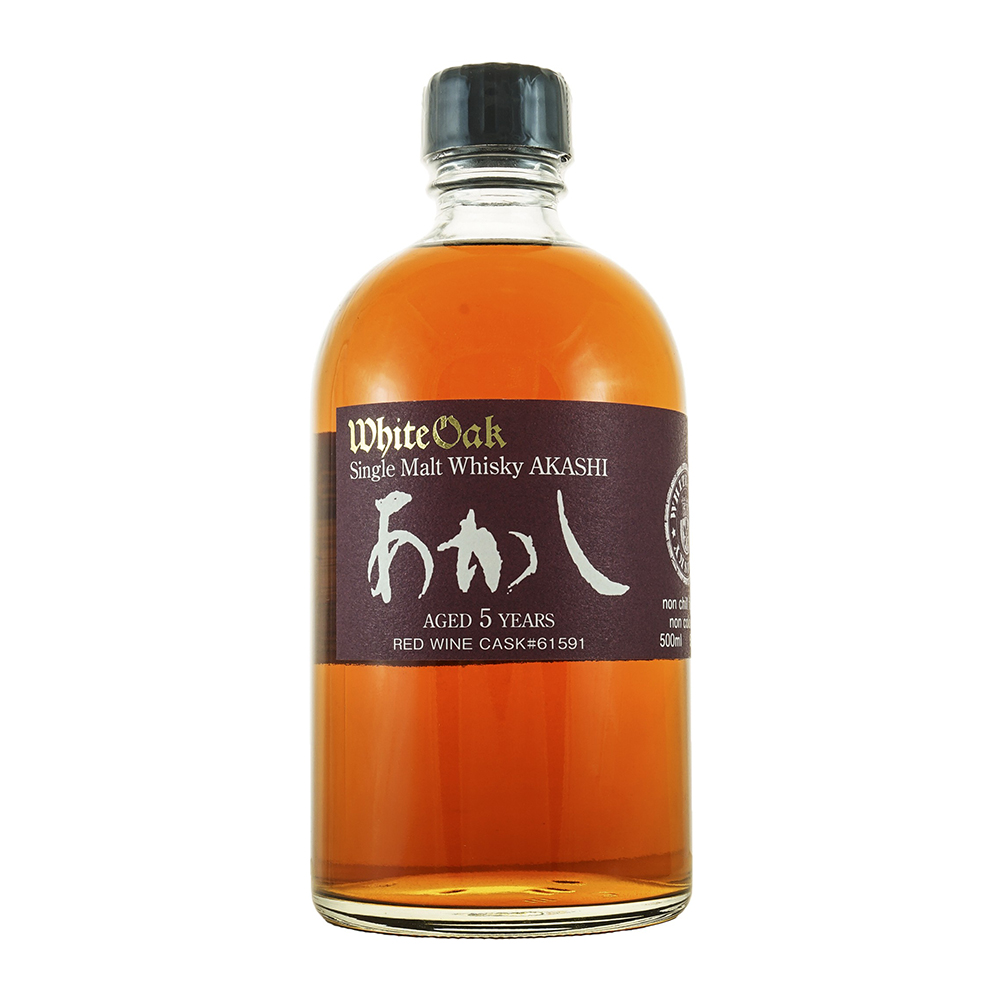 A five-year-old whisky might have some of you turning up your noses, but this single malt proves that old age does not maketh a good whisky. Hailing from White Oak, a tiny distillery in Hyogo, the whisky has been aged in sherry casks for five years, and has adopted the characteristics of the fortified wine remarkably despite its youth.

Sultanas, cherries, chocolate and spice are all familiar notes when sampling a dram of the White Oak 5 Year Old, but there is also an added floral nuance reminiscent of black tea that takes this to another level. Yes, this whisky comes from the same family as the 58-bottle Ichiro Hanyu Card Player Series with the S$670,000 price tag, but it stands as a far more attainable alternative.

Coming from the now-closed Hanyu distillery, this whisky is a union of six vintages from the years 1985 to 2000, matured in seven different barrel types, including puncheon, cognac, chibidaru and sherry butt casks. With a flavourful depth that could rival the Pacific Ocean, The Colored Joker is Japanese whisky history encapsulated, and ready for your taking.