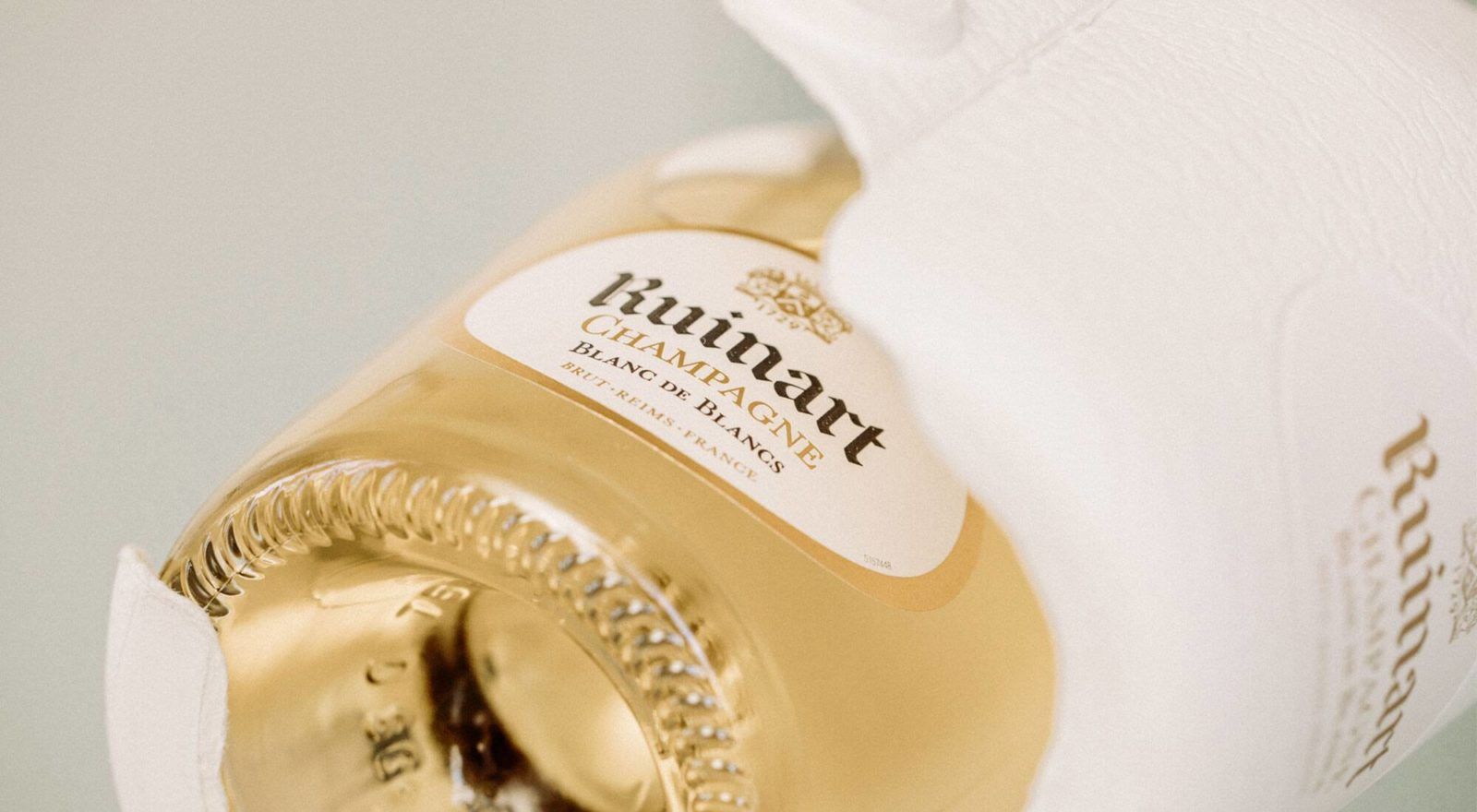 Labels as prestigious as Ruinart will know that pretty packaging is half the fanfare and allure of the champagne experience.

In taking a major step towards responsible luxury, however, the champagne house wants to change this perception with its brand new packaging, and it just might set a new precedent for other labels. After all, climate change is a very real issue for champagne makers, especially since it greatly affects the grapes used for making your flute of bubbly. 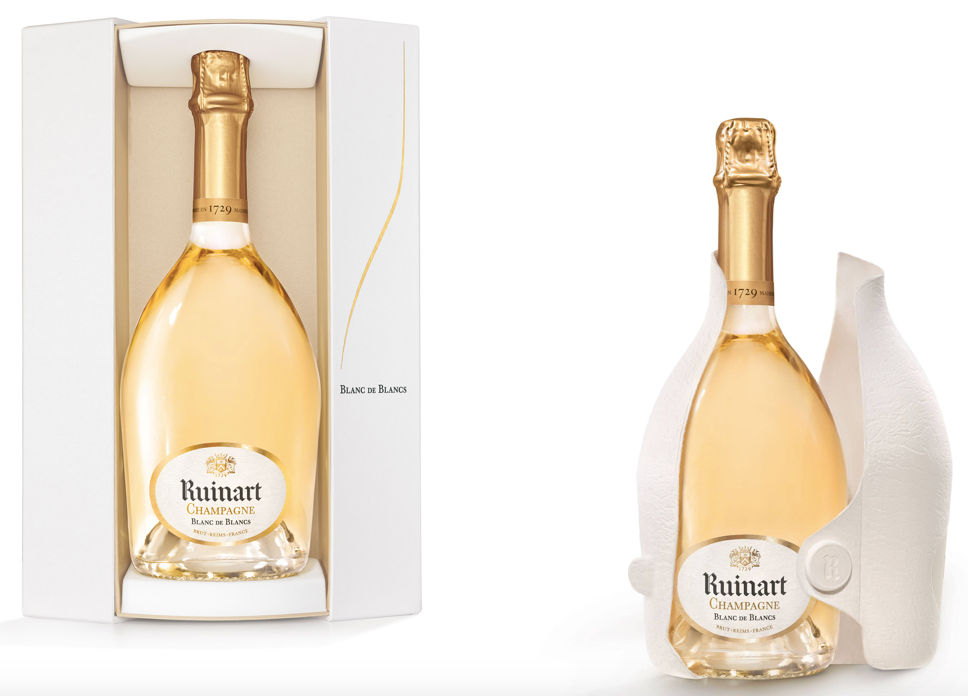 The result is an elegant interpretation of what a champagne bottle can and should look like in 2021 — one that’s without unnecessary frills like large boxes and plastic packaging.

For this, Colourform — made from natural cellulose fibres (aka the main ingredient of paper) was used as the basis here. Initially launched in 2017 by Cropper as an alternative to plastic packaging, Colourform has since been adopted by beauty brands looking for more sustainable alternatives to house their products. 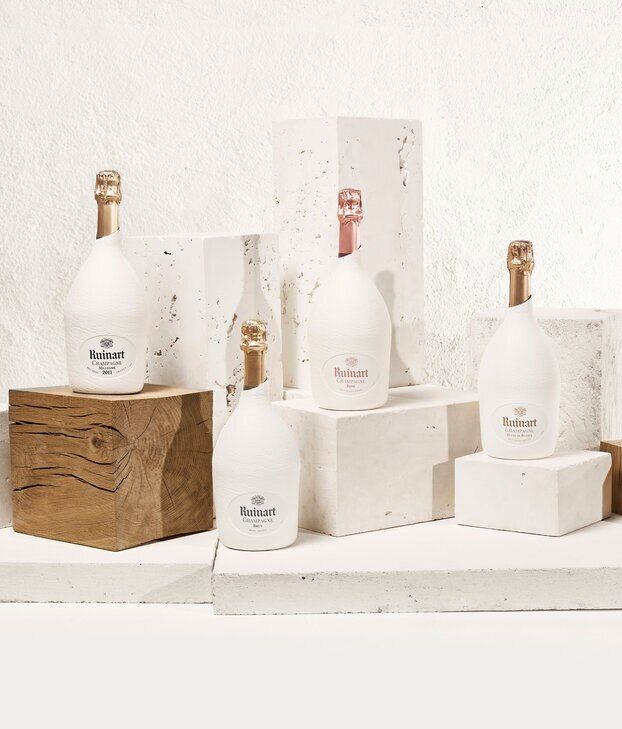 To ensure that the production process is environmentally-friendly from start to finish, Second Skin is only made from cellulose fibres that are sourced from FSC- or PEFC-certified forests. 91 percent of the water used during manufacturing is drawn from the River Kent — just next to Cropper’s factory — and are treated to be clean enough to be released back into the river after use.

Because the gift boxes have been done away with, carbon footprint has been cut by as much as 60 percent, not to mention the fact that the bottles are now nine times lighter, which equates to even more carbon savings during transportation. Once you’re done with your bottle, the stylish wrap can be easily recycled or composted.

Special paper had to be used 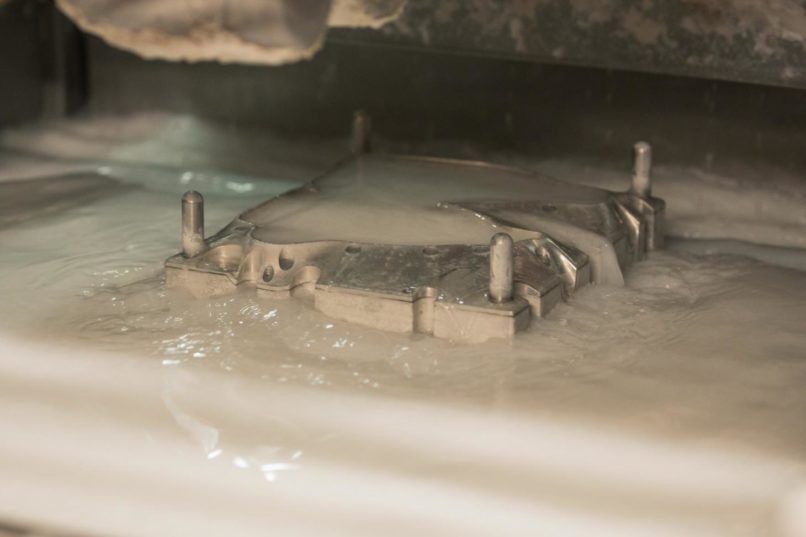 The first challenge Ruinart faced is that paper — especially white ones — tend to be permeable to light. Those who know their bubbly would know that light and champagne aren’t the best of friends, and over time can taint the flavour of your precious bottle. To counter that, the material used for Second Skin had to be made opaque with the use of a brand new technique that incorporated a natural metallic oxide. 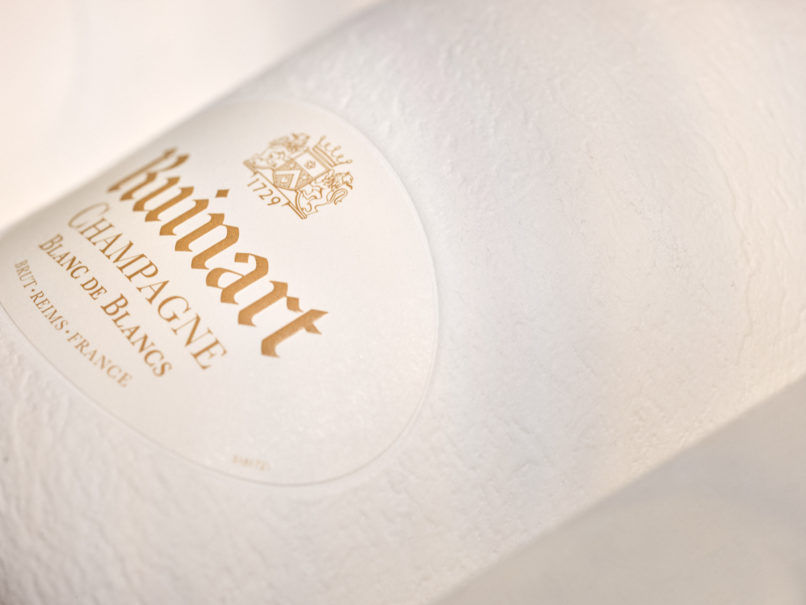 The second obstacle Ruinart had to overcome was an even more practical one — its water resistance. Second Skin had to withstand every stage of the logistics process without disintegrating, from packaging and refrigeration to the inevitable condensation along the way. Seven prototypes were created before a formula and design were reached that would allow it to maintain its integrity for hours even when kept chilled in a bucket of ice. 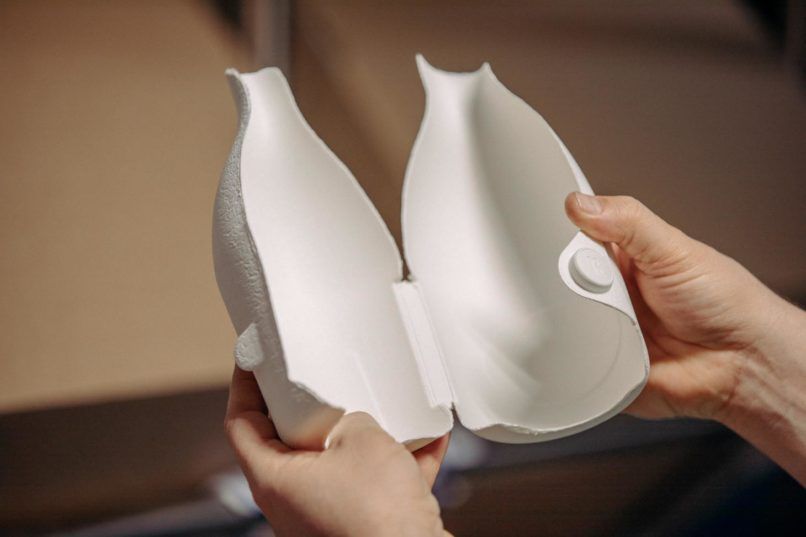 Ruinart’s bottles are recognisable from a mile away, which is why Second Skin retained it as much of its curves as possible. Even the way it delicately wraps around the neck of the bottle recalls the fine-dining tradition where maîtres d’hôtels would wrap a white napkin around the bottle. The textured surface not only feels luxurious and pleasing to the touch, but also reflects the texture of the Crayères — medieval chalk quarries in Reims that Ruinart has aged its vintages in since the late 18th century. 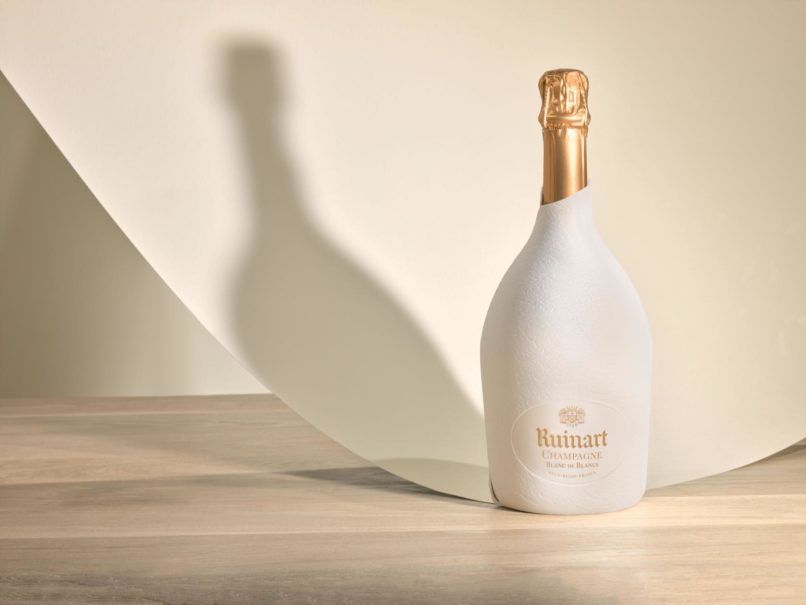 In a most gracious of moves, Ruinart has not sought to patent their design because it believes that something this beneficial should be shared as widely as possible for the sake of the earth. And they’re right — the more the drinks industry adopts this practice, the less waste and carbon footprint they’ll create, which will hopefully make a difference to the environment and preserve the integrity of the grape harvest over time.