Home > Food & Drink > Drinks > This bubbly, colourful drink from Tel Aviv now has its own book Food & Drink
This bubbly, colourful drink from Tel Aviv now has its own book
Share this article
Next article

Tel Aviv’s Cafe Levinsky 41 just might be the smallest business on earth to ever release a recipe book.

Occupying barely 20 square feet in the city’s Florentin neighbourhood, the café, run by local visionary Benny Briga, is the foundation of Gazoz: The Art of Making Magical, Seasonal Sparkling Drinks (Artisan), a new book dedicated to the bubbly, beautiful drink Briga has been making in the city for nine years. 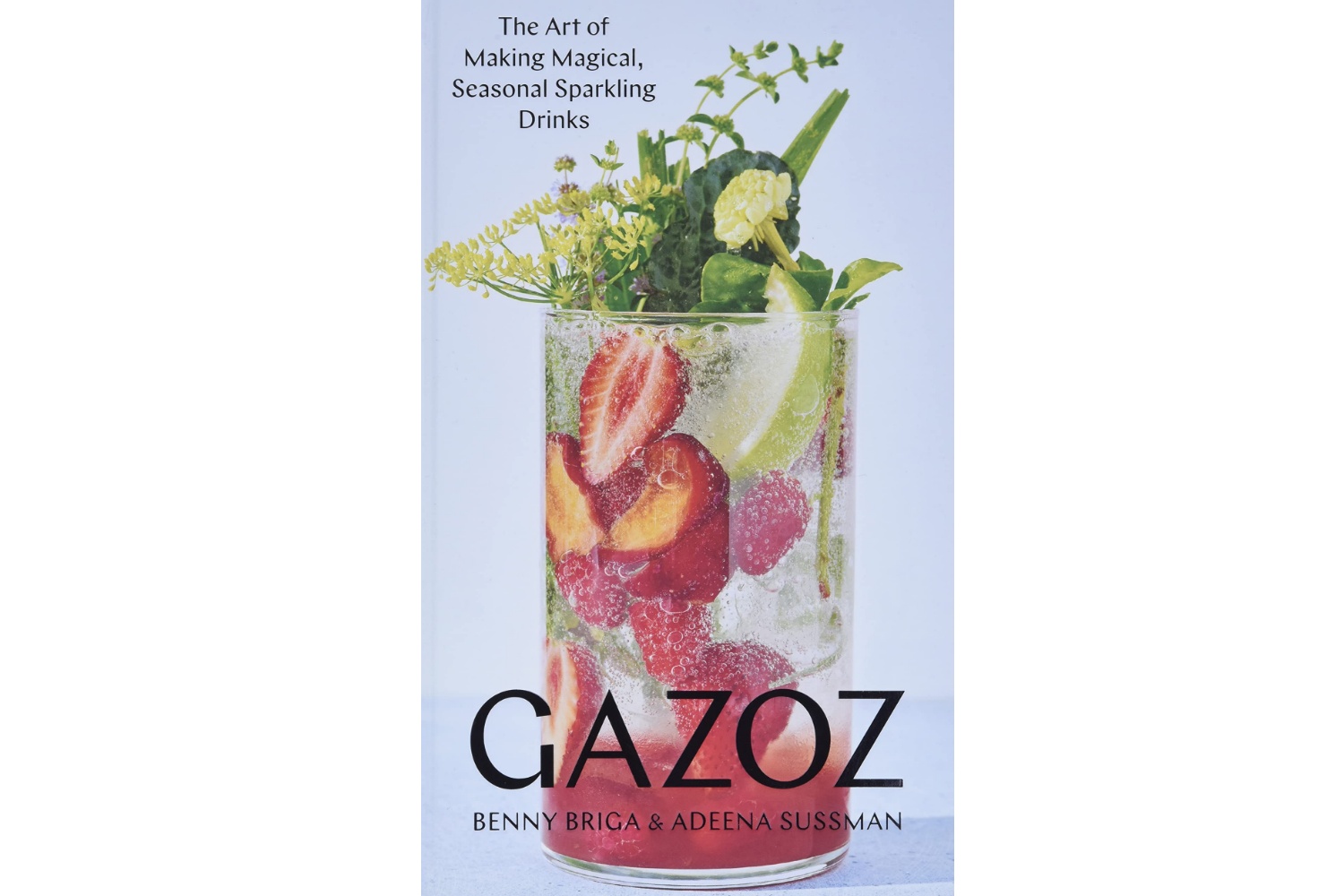 But while the café has a miniature, blink-and-you-miss-it storefront, there’s a lot going on behind the scenes. The book, co-authored with Israeli-American culinary wizard Adeena Sussman, of Sababa fame, unlocks the drink’s secrets and intricacies.

If you haven’t heard of gazoz, you’re not alone. Not to be confused with the bottled Turkish carbonated lemonade under the same name, Briga’s gazoz is an alcohol-free cocktail of sorts. Based on sparkling water, infused with homemade shrubs and syrups, fermented fruits, spices, herbs, and a variety of flowers, it’s as refreshing as it is visually stunning, thanks to a play of textures and colours.

The colourful drink is also a homage to the soda fountains Tel Aviv was home to decades ago, where colourful pop was sold by the glass. To make the drinks as natural and delicious as possible, Briga maintains an impressive fermentation studio and herb garden next door to the café. In the book, alongside assembly instructions for stone fruit, citrus, and even vegetable-based gazoz drinks, Briga and Sussman provide insights into fermenting fruit and making your own fruit syrups, as well as an illustrated guide to edible flowers and a few kombucha recipes.

“This idea was concocted by the universe,” says Briga in a phone conversation from Tel Aviv,  explaining the book’s inception. A chance visit at the tiny café by a publisher led to a conversation about the book project. Sussman, who has been a friend for years, joined soon after. The pandemic had postponed production, but the timing did Gazoz a favour; it comes out on the heels of Julia Baingbridge’s Good Drinks, at a time when interest in alcohol-free drinks that pamper and delight is at an all-time high.

“I didn’t think at the beginning of the process that the book would fit into a trend of non-alcoholic cocktails, but it so happened that it did,” Briga says. The fact that fermentation and foraging have become even more popular activities during the pandemic doesn’t hurt either.

Outside of Tel Aviv, gazoz is slowly picking up steam. In Miami’s trendy Wynwood neighbourhood, the new health food eatery g.l.o.w is serving the colourful drink made from fruit and herb sodas. On Oahu in Hawaii, Drink Gazoz, a catering and party service focused on the fizzy drink and owned by Israeli Daniel Shemesh, has recently collaborated with local Kona Brewing Co. to create a unique summer seltzer.

In NYC, Shukette, a new restaurant from the team behind the well-known Soho establishment Shuka, has a whole section of its menu devoted to gazoz — here, it’s enhanced with just a hint of alcohol, and the four versions range from citrus to floral, featuring salted cucumber cordial, rose petals, or lemon oil shrub.

“Our version is a low-ABV, spritz-style drink made with various vermouths and aperitivos, infused with seasonal fruits and herbs and topped with sparkling wine and soda, and garnished with an elaborate array of fruits, herbs, and wildflowers to hit all the senses,” says Tim Harris, the beverage director for The Bowery Group, which owns both establishments. The group’s inspiration for the section comes right from Tel Avivi’s artisanal soda culture, Harris says. “These drinks definitely get people’s attention as they go through the dining room,” he adds. “They are visually stunning — like a garden in a glass.”

Meanwhile, in Israel, Briga is hard at work tending to over 400 pounds of peak-season apricots and peaches, turning them into gazoz ingredients in his fermentation studio. “We’re working on spring 2023,” he says. Meanwhile, a dream of opening an NYC equivalent of Cafe 41 is brewing.

But even without such rigorous planning, Briga thinks that a stunning and eye-catching result can be achieved at home, without the help of a professional bartender: “I think readers will be charmed by the fact they can make themselves a beautiful, alcohol-free elaborate drink, which can be spiked if needed,” he says — just the kind of self-care the summer of 2021 needs.