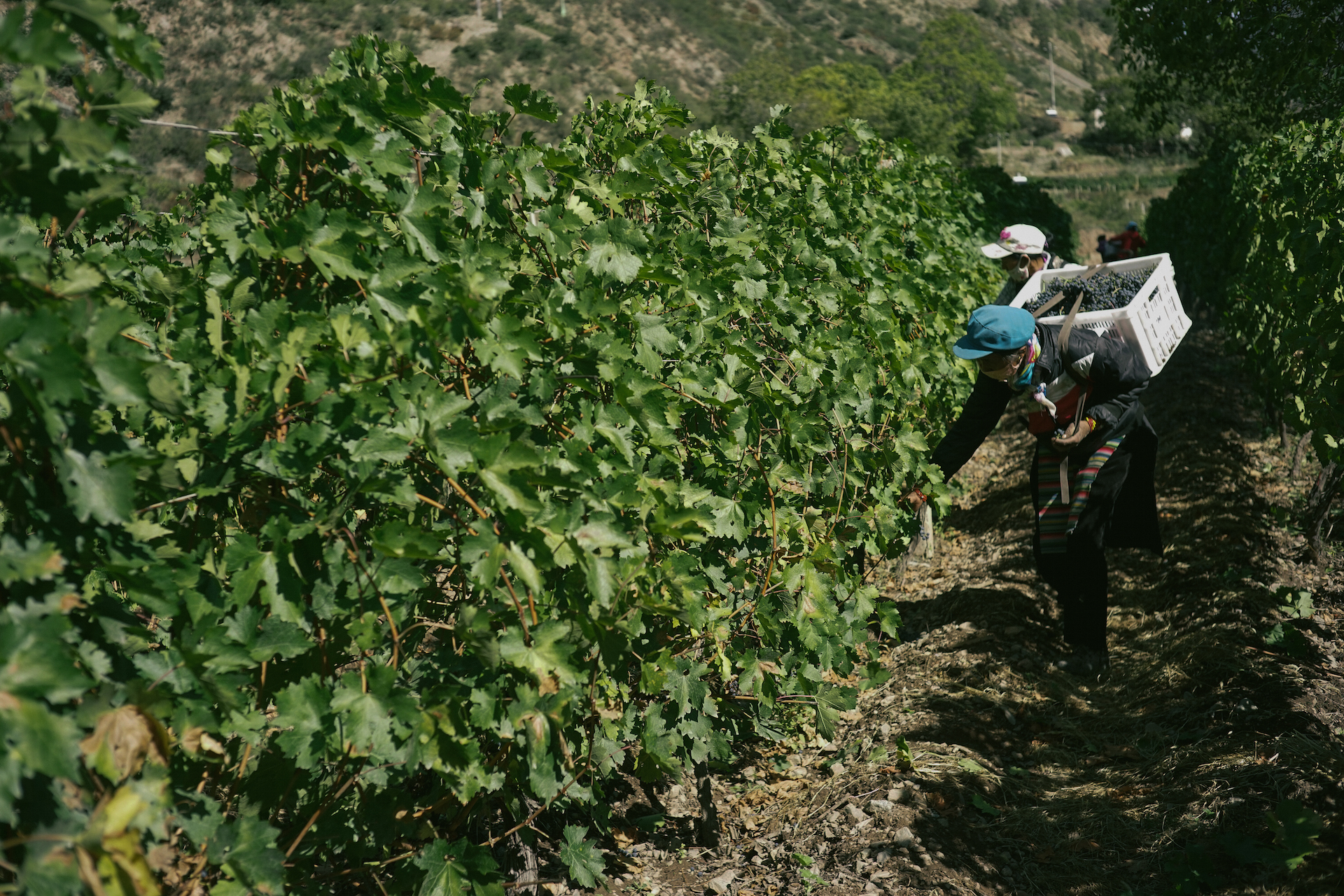 China is a nation that occupies a split impression in the general consumer’s consciousness. On one end, it is a global superpower with an expansive trade and manufacturing sector, as well as a site of an ever-burgeoning demand for luxury. Yet despite being a stronghold for both consumption and production of luxury products, China gets a sordid reputation for lower or bad quality products that fail to entirely imitate European standards.

This is what makes a venture like Ao Yun even more curious, especially when undertaken by a mammoth like Moët-Hennessy. Ao Yun is a wine label crafted and produced entirely in rural China (now would be a great time to exorcise any thoughts of Sun Ho from your head). What began as a venture to find a new region to produce wines led the company to North Yunnan, where the climate is said to mimic Bordeaux. There are four vineyards situated in Adong, Shuori, Xinan and Sinong are just at the edge of the Himalayas, and below the famed Meili Mountains, totalling 500 hectares.

Each step to producing an Ao Yun wine is entirely done by hand. As little mechanised effort is conducted as possible to retain the integrity of both the land and the agricultural processes of the native people. The first vintage, known as “Shangri-La”, is a 2013 Cabernet blend that received much acclaim. Renowned wine critic James Suckling praised “Shangri-La” as a “Fine wine [with] beautiful structure and depth… That really impresses with all the finesse and quality of tannins.”

Taste is a key factor, and while “Shangri-La” scores on that front, price is another factor. A bottle of “Shangri-La” costs around S$405, a price tag rivalling some of the finest Napa and Bordeaux vintages available on the market. While Moët-Hennessy is attempting to tackle adventurous, serious wine aficionados with the Ao Yun venture, China’s image among consumers may prove an impediment.

We spoke to Jean-Guillaume Prats, CEO of the Moët Hennessy Estates & Wines division to find out more about the venture, pursuing the big question of, “why China?”

Lifestyle Asia (LSA): Rarely do people ever associate China with European winemaking. How did the Moët-Hennessy wine estate realise that China was a nation to venture to?

Jean-Guillaume Prats (JGP): We have long considered that China has the potential to make great red wines. Ao Yun is an exhilarating adventure that was led by the ambition of Christophe Navarre, the CEO of Moët Hennessy, who firmly believed that we would succeed in producing one of the greatest wines in China. The challenge was to find the ideal place in such a large country to establish our vineyards and winery. A painstaking search and climate analysis was conducted through China by by our team and consultant experts.

LSA:  The areas where you choose to have vineyards are already populated with agricultural communities. How did you manage to integrate your vineyards into that existing ecosystem?

JGP: The four villages we identified as having the best terroir for the production of Ao Yun each had established vineyards. These were planted in 2002 at the encouragement of the local government. 50% of our leased vineyard area was planted, the balance in bare land which we have since cultivated. There were a number of challenges in our way, such as the building of access roads to our vineyards and winery, access to water, and electricity. There was none of that when we arrived in 2012. To achieve our goals, we have worked very closely with the local government, our joint venture partners VATS group, the headmen in each village, and the villagers themselves who work in the vineyards, as well as our own team. We also worked with local farmers that have lived on these lands for centuries and adapted to this steep mountain region. Communicating with them is a challenge though, as they only speak Tibetan dialect.

LSA: Are there any distinctions in flavour that Ao Yun has that European wines do not, thanks to the climate and country in which it is produced?

JGP: The wine is unlike any other. The long and slow ripening period of 160 days gives the wine an incredible softness to the tannins, allowing their silky texture shines through. Ao Yun vineyards are located at altitudes over 2,000 m and at this altitude, the Cabernet offers its purest expression. Altitude also confers great concentration of colour to the wine, with real freshness.

LSA: Ao Yun wines bear a luxurious price point. How does the price point factor into the winemaking process, given that China is not known for high labour costs?

JGP: Our manpower costs are the highest of any of our estates as we must employ so many people to work our vines. Our vineyard processes are meticulously conducted by hand. It also implies important logistic costs to get our wines out to markets. To ship to port, the trucks must make a gruelling 28-hour drive from Guangzhou to Shangri-La, and then a further 4.5 hour drive to Adong village where our winery is located, before returning the same way. Ao Yun is by far the most challenging and costly to produce within our portfolio.

LSA: China doesn’t bear a particularly strong impression in the luxury wines market. How does Moët-Hennessy intend to change that with Ao Yun?

JGP: With its soil and climate, North Yunnan has an amazing terroir and the ability to produce exceptional wines. When we see how our wine has been received abroad by professional wine tasters and wine journalists, we can be very confident that more and more connoisseurs of top notch wines will enjoy it and be ready to pay for a wine of that ‘made in China’ quality.

China Wines winemaking Chinese Wine ao yun moet henessey luxury wines french wines
Beatrice Bowers
Features Editor
Beatrice Bowers writes about beauty, drinks, and other nice things. When not bound to her keyboard, she moonlights as a Niffler for novels and can be found en route to bankruptcy at your nearest bookstore. Don't tell her boss.
Drinks Beauty