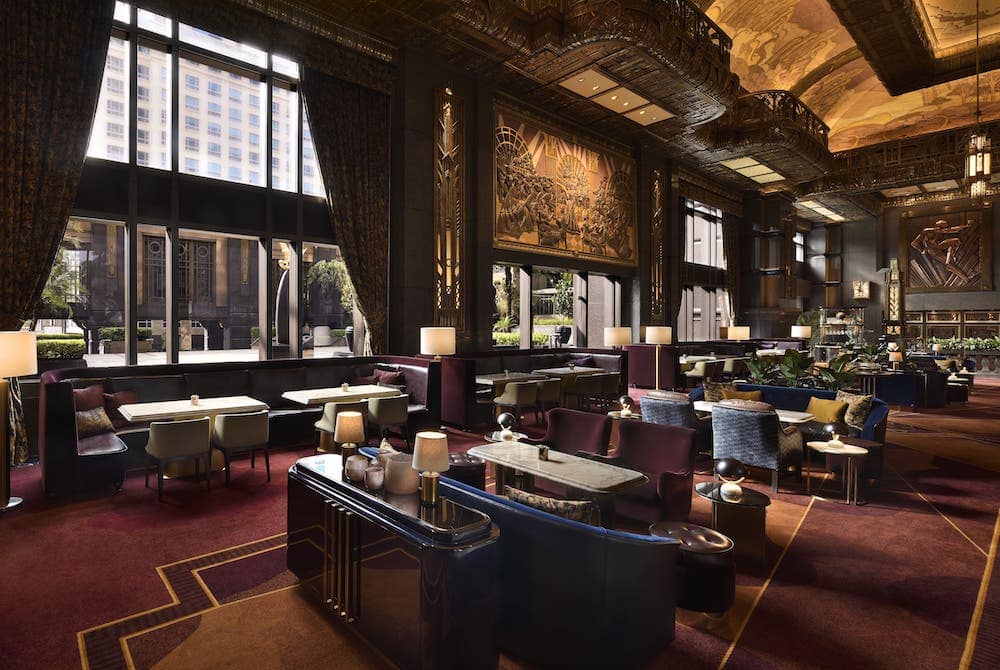 Atlas is no longer the new bar on the block that sends everyone reeling with its grandiose facade. While the Art Deco splendour of the destination is, and will always be, the main draw for guests, Atlas has grown to carve a name for itself in the international bar circuit as the de facto destination in Asia for gin, champagne, and cocktails of the kind. This reputation is further perpetuated by its regular appearance on the Asia’s 50 Best Bar list, peaking at number five on the 2019 edition.

Many admire Atlas for its lustre, but behind the glistening gold of its gin tower lies an applaudable ability to remain consistent, and even rise, amidst the change of its head bartender and beverage director. The post held by Roman Foltan is now occupied by Jesse Vida, an American native who took over Atlas’ cocktail programme last November. With a portfolio that includes Dead Rabbit, Booker + Dax as well as Blacktail, Vida is a young but bright mind with more than enough experience to take Atlas into its next phase. That is what he has done.

The bar has just renewed its menu, keeping only three of the cocktails from the first version. Fans of the Atlas G&T, the Gin Tonica and the Atlas Martini can heave a sigh of relief as these are the trio that remains. 23 of the other drinks that comprise Interbellum, the new concept, are entirely Vida’s brainchildren, the product of seven months of research and development, of which two whole months were dedicated to nailing the recipes.

“Most of the cocktails are a twist of a classic while keeping very much in the spirit of the Art Deco theme that defines Atlas as a destination.”
Jesse Vida, head bartender of Atlas

“Every cocktail went through at least ten, even 20 revisions,” said Vida. “Most of the cocktails are a twist of a classic while keeping very much in the spirit of the Art Deco theme that defines Atlas as a destination”.

Vida, however, believes that the Art Deco period is so much more than the Great Gatsby-esque opulence that people gridlock it in. He wants consumers to have the full experience of the era’s ebb and flow, not just via art and music, but literature, history, and the defining discoveries of the 1920s. These pivotal pillars have formed the backbone of the liquid creations you see on the new menu.

Most of the cocktails we tried tend to lean sour, whether Vida means for or not. This is far from a gripe, though, as zesty cocktails are a welcome remedy to our climate when done right.

Vida has a knack for elevating sours beyond its one flavour dimension. Art and Influence is one twist on a sour that captures this flair. Diplomatico Planas Rum and coconut milk are made into a milk punch, which is then enhanced with a tea, honey and lemon for an acidic kick, before being served with a sweetened egg white foam. The ingredients could veer into heavy territory, but Vida’s acumen for balance makes it a floral, refreshing and low ABV introduction to the evening.

Aperitif culture has its moment on the list through The Boy King, a bittersweet cocktail that name its backstory from the discovery of King Tutankhamun’s tomb. Served in a tall glass rimmed with salt, this highball plays on the Sbagliato, a sort of negroni made with champagne.

Vida eschews gin for Oloroso sherry and a herbal liqueur to create an extra-dry profile, with the only discernible sweetness (and we say this loosely) coming from the black lemon bitters used. If negronis are your go-to, branch out with The Boy King.

No alcohol, no problem

Atlas was one of the few bars that made non-alcoholic cocktails a norm on their menu before it became a national standard. This remains, though with a selection of original zero-proof cocktails, instead of just ABV-free classic cocktails. Some, like Soldier’s Song, take a savoury slant. Seedlip’s spiced “spirit” is a mix of almond syrup, lemon and tomato juice, all shaken with a bay leaf before being served. The drink is full of flavour for a teetotaler option, with the acidity of the lemon and tomato juices mingling with the aromatic whispers of the bay leaf.

Interbellum is a word that describes the interstice between World War I and II. It is associated with great transition and change, a definition that best captures what Atlas has gone through since it opened its doors two years ago. Still, though the menu has been overhauled, the same philosophy and spirit of excellence remain, palpable with every well-made cocktail served to your table by a white-jacketed bartender.

Atlas Bar
Address
600 North Bridge Rd, Parkview Square, Singapore 188778
Website
Website Here
Phone
+65 6396 4466
Drinks Atlas Bars in Singapore
Beatrice Bowers
Features Editor
Beatrice Bowers writes about beauty, drinks, and other nice things. When not bound to her keyboard, she moonlights as a Niffler for novels and can be found en route to bankruptcy at your nearest bookstore. Don't tell her boss.
Drinks Beauty