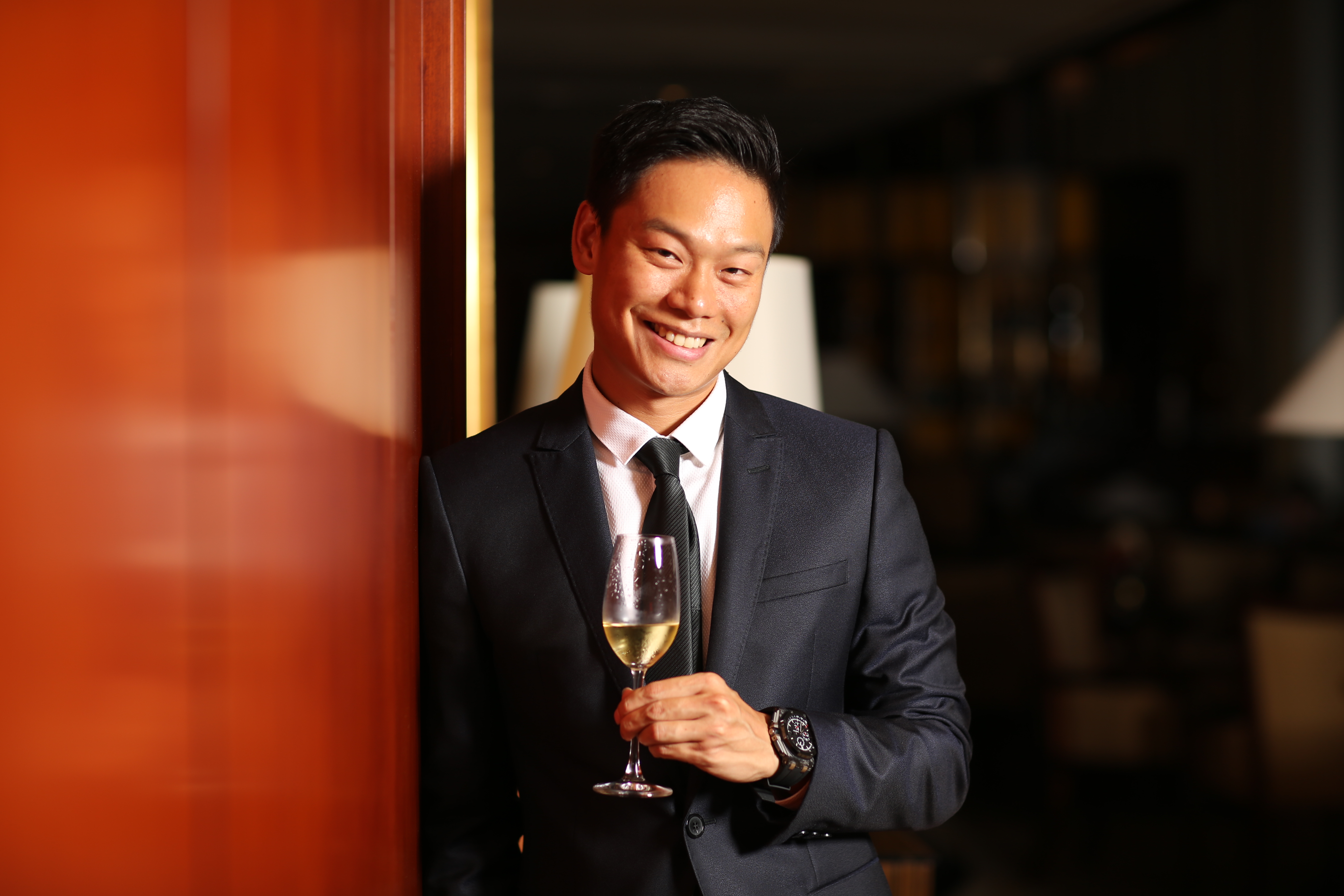 Banter with the boss: Andrew Li of Genting HK and Zouk

Food & Drink
Banter with the boss: Andrew Li of Genting HK and Zouk
Share this article
Next article

Zouk’s takeover by Genting Hong Kong (HK) was a change met with much apprehension from the locale’s regulars. Before the the multinational conglomerate purchased Singapore’s clubbing jewel, widespread efforts to #SaveZouk were met with public fervour across social media, as many rallied to preserve the club’s home on Jiak Kim. “#SaveZouk because it’s home,” read one Post-It outside the club when the movement was at its peak.

It paints a telling portrait to the formative influence Zouk has had in Singapore’s nightlife culture, and what the place represented for club enthusiasts. The institution was a rite of passage for any clubber, and a site for memories good, bad. and barfing-in-the-carpark ugly.

Now situated in Clarke Quay, “new” Zouk feels like the uncanny double of the “original” Jiak Kim location. The decor has received a significant facelift, accompanied by a borderline space-age lighting and sound system, and two new concepts have been established: Capital and Red Tail. All these changes were made at the behest of Genting HK, becoming symbols of greater mobility and change for the Zouk brand to come.

We sat down with Andrew Li, CEO of Zouk and the Vice President of Genting HK to find out the extent of the conglomerate’s plans for Zouk, and more about the man’s experiences, just to be sure that Singapore’s favourite club is in the safest of hands (spoiler: it is).

Lifestyle Asia (LSA): How does Genting HK intend to retain Zouk’s identity as a nightlife destination while expanding the brand?

Andrew Li (AL): When Genting acquired Zouk, it wasn’t about progressing in a new direction. We wanted to take the Zouk brand to another level, which we could do with Genting’s infrastructure and resources. It’s really about marrying these experiences with Zouk’s cultural DNA and expanding it regionally and globally.

LSA: When Zouk moved over to Clarke Quay, a decision was made to do away with Wine Bar, and open Red Tail in its place. Do you think consumers have been more receptive towards this gastro-bar concept?

AL: Red Tail was important to us as it could be its own sub-brand. We’re looking to open Red Tail on some of our cruise ships, and in Genting Highlands as well. The concept is still being tweaked, and whenever you introduce a new concept that people haven’t seen before, there’s always a period of acclimatisation. When we came into the new space, it was an opportunity for reinvigoration. It’s more diverse, with the inclusion of food, and it’ll draw a wider demographic than Wine Bar. I’m sure in the future, Red Tail will be a huge success.

LSA: Why an Asian-fusion concept?

AL: Genting and Zouk have always been deeply entrenched in Asia. When we move over to Las Vegas, it’s important to keep the Asian culture while expanding abroad. It’s about playing to our strengths and specialties, which is Asian food.

LSA: So there are plans to open Zouk in Las Vegas.

AL: Genting has a piece of land in Las Vegas, which in the future, will become ResortsWorld Vegas. The plan is to eventually bring Zouk there. However, in this day and age, anything can change. But I hope to see it come to fruition in two to three years.

LSA: Given that Clarke Quay is saturated with other clubs and bars, why did Zouk choose to migrate there?

AL: There aren’t a huge amount of locations in Singapore to choose from. While we had two or three options on the table, Clarke Quay really provided a connectivity to tourists, it’s a heritage site, and it has the space. This area was the one that allowed us to keep certain concepts from the old Zouk while exploring new ones.

LSA: With your background and expertise in hospitality, how do you intend to grow the Zouk brand? Will there be a Zouk hotel?

AL: That’s the eventual plan. But we’re still in the growing stages right now, and I want to expand sustainably. I can’t expect the same people who run a club to know how to run a hotel. Even with my hospitality background, I can’t say I know how to run a hotel either. Right now, it’s more about building the team, so when the opportunity arises, we can move in that direction. If we’re going to do it, it has to be 100%, because the last thing I want is to dilute the brand and Zouk’s standards.

LSA: You’ve helmed a number of clubs abroad, particularly in Hong Kong. Are there any aspects of these experiences you intend to implement in Zouk Singapore?

AL: Due to the high rent and limited space in Hong Kong, clubs there need to concentrate a lot on table spend in order to break even. They cater to a crowd with higher disposable income, whereas Zouk has a stronger and more distinct crowd it attracts to its various concepts. My experience in Hong Kong with the high spenders is something I brought over to Zouk, while integrating some aspects of Vegas club culture to make it all-encompassing.

LSA: How would Singapore’s club scene compare to Vegas’?

AL: When you go to Vegas, you find that the people who go out are 95% tourists who are there to have a crazy time. You don’t have a strong domestic market. People who go there spend a lot, just letting loose. I think that’s what makes Vegas’ nightlife such an experience. Everything is bigger, it’s a city of excess. It’s almost like being at ZoukOut, but in a club setting every weekend.

LSA: You seem to be pretty familiar with Vegas’ club culture. What are your favourite clubs there?

AL: I wouldn’t consider myself an expert! I went there the first time for my younger brother’s bachelor party, and when you’re there for such a short period, you go all out. We went out five times in three nights, because they have day beach parties there too. My favourite was Omnia, where Calvin Harris is the resident DJ, and XS.

The clubs themselves are huge and amazing, but it’s the service that stands out. When you buy a table there, they treat you like a prince. You get bodyguards, a marketing assistant at your table, people there to wipe your glasses. When you go to the toilet, you get bouncers pushing people out of the way for you. They really elevate the VIP experience to another level. People spend more money there than they spend three months clubbing, because the pricing is unbelievable. But you think it’s worth it, because it’s like being in a fantasy world.

LSA: Would you consider yourself an avid clubber?

AL: I used to be. When I was in my early to mid-20s, I used to work in hotels. My shifts would end at 11 in the evening, so I’d finish up at work, head to the clubs until four in the morning, and wake up the next day at 10am for my shift. This was a three to four times a week affair. Once I started working in a club, it wasn’t so much for fun anymore. Now, I find it much harder to sustain that lifestyle.

LSA: What is your favourite club of all time?

AL: Am I allowed to say Zouk? To be honest, of all the clubs I’ve helmed, it has to be Zouk. Looking at all that we’ve done here so far, it’s beyond anything in Asia. We’ve invested so much time and effort into making Zouk an experience. Some of the nights I’ve spent here have been the best in Asia.

Hong Kong Interview Club Zouk Nightlife Andrew Li zouk sg banter with the boss genting hk
Beatrice Bowers
Features Editor
Beatrice Bowers writes about beauty, drinks, and other nice things. When not bound to her keyboard, she moonlights as a Niffler for novels and can be found en route to bankruptcy at your nearest bookstore. Don't tell her boss.
Drinks Beauty