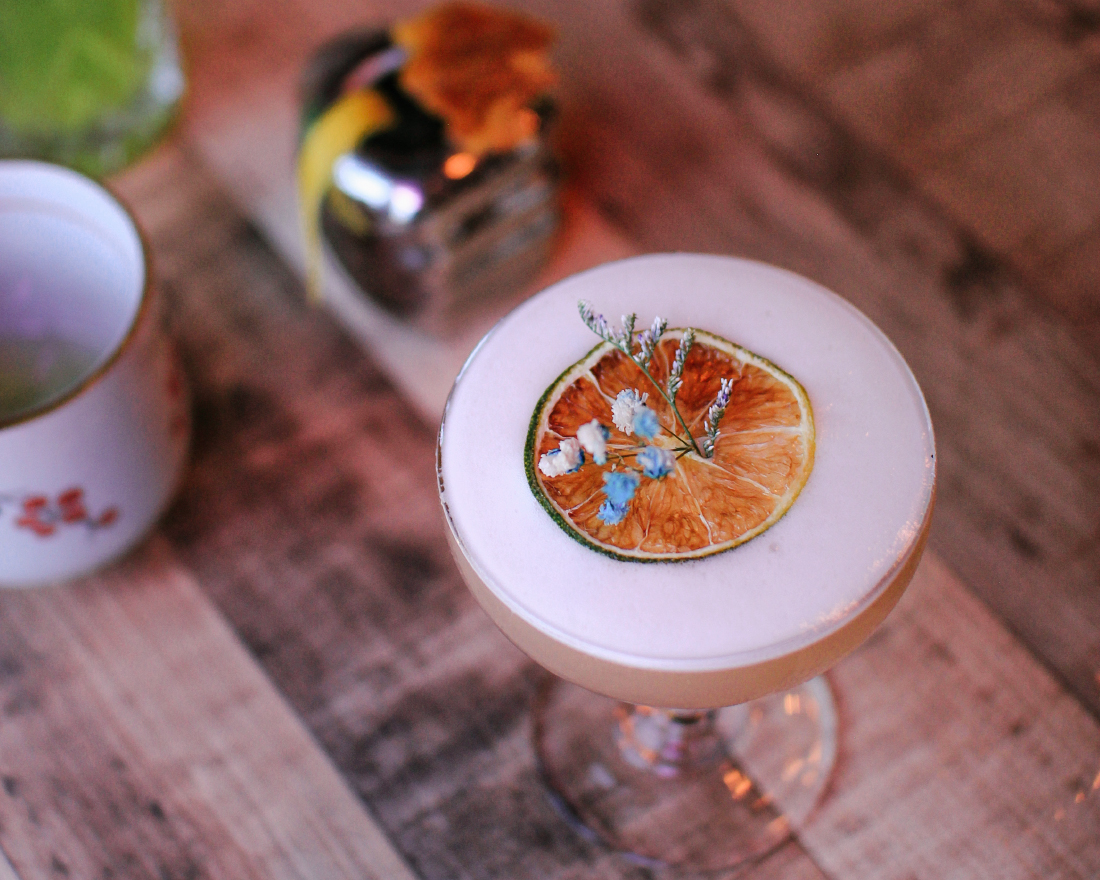 Bar guide: Where to drink in Boat Quay

Food & Drink
Bar guide: Where to drink in Boat Quay
Share this article
Next article

Friday nights and Clarke Quay go together like jam in a jar. You don’t have to think of where to park yourself. Just head down to the blockish maze of bars that form The Cannery, and you are bound to settle somewhere. That’s the promise, at least.

But the onslaught of a weekend distorts Clarke Quay into a noisy, pulsating web that borders on claustrophobic. Numerous promoters stand outside each watering hole to cajole you in with flyers, or gestures, forcing you to brush them aside as you’re stuck in the throb of people moving ever forward to the next bar. Top 40 covers blare out every other speaker, deafening your thoughts while you play catch up with your friends. If you’re not there to pre-game before a night at a club, then why Clarke Quay?

Perhaps everything above is hyperbole. Yet, you still can’t contest that The Cannery is a magnet for the masses over the weekend, and that Boat Quay forms a more comfortable alternative. Its just one road crossing away from chaos, into two long stretches of bars that run all the way to Raffles Place. Sure, some of them are duds, and that’s why this guide exists.

Here are all the best bars along Boat Quay to drink at.

If you’re not at Boat Quay this weekend, check out our other lists that condense where to drink in Telok Ayer, Tiong Bahru, Tanjong Pagar, Ann Siang Hill and Club Street. 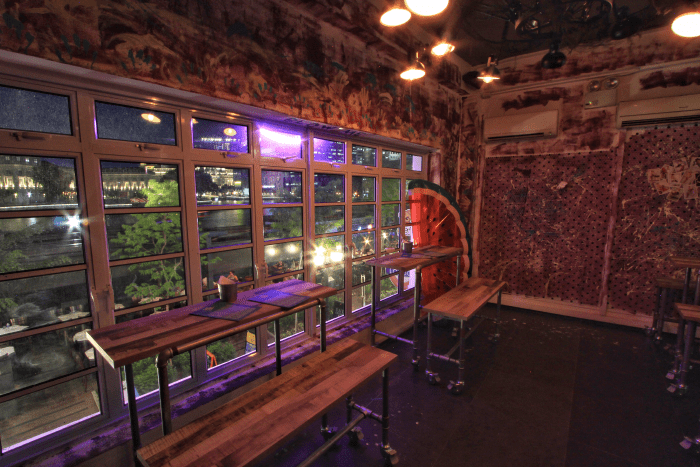 Peranakan and Tiki culture are legions apart, but Bee Bee’s unites both with a menu that blends familiar Hawaiian cocktails, like the Mai Tai, with the flavours of Straits Chinese cooking. Opened by the folks behind wallet-friendly Taiwanese bar, Five Ten, Bee Bee’s is the latest entrant in the Boat Quay cocktail scene, and a worthy one at that. 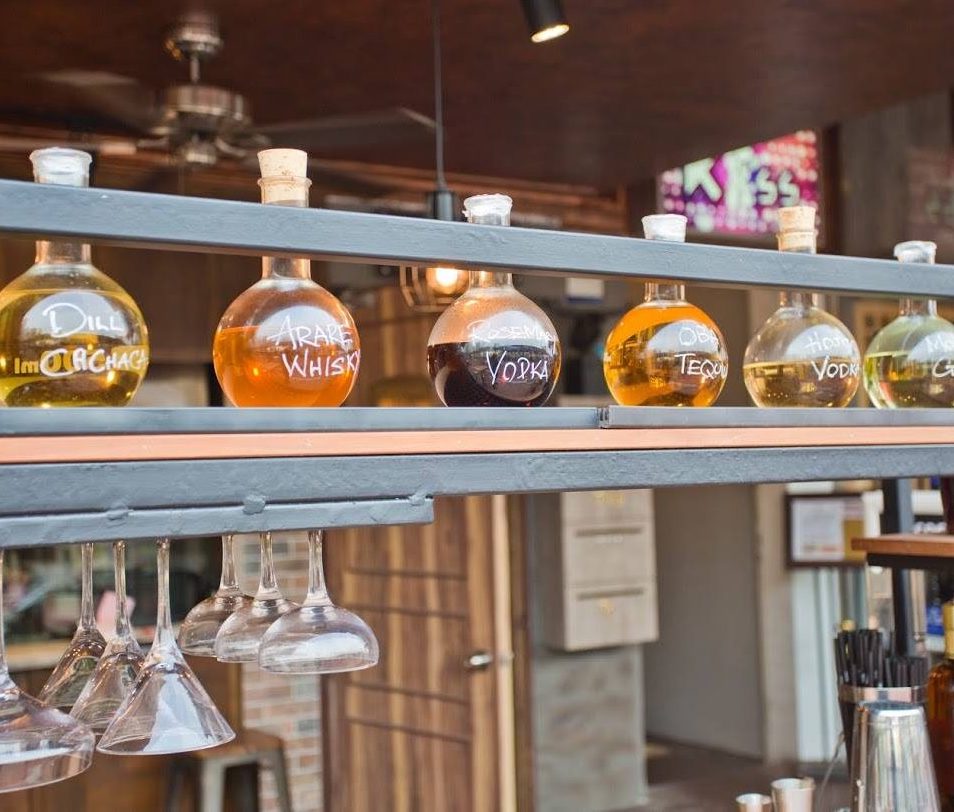 The Container is the al fresco extension to Aribuya, a yakiniku restaurant that has some of the best cuts of wagyu available around town. You get tapas with your cocktails at The Container, but its true selling point are the whisky infusions — the wagyu whisky in particular. The whisky is washed with fat from cuts of wagyu, imparting a full-bodied beefiness to the spirit. 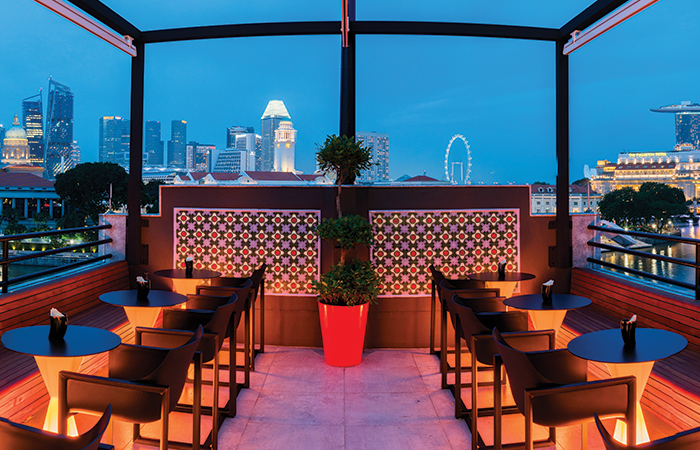 Beppe De Vito’s Braci is best-known for being a one Michelin-starred eatery, but its rooftop bar is Boat Quay’s best open secret. Head down early to watch the sunset as you sip on Braci’s refreshing take on Italian aperitivos, before heading down to the restaurant for a mod-Italian meal. 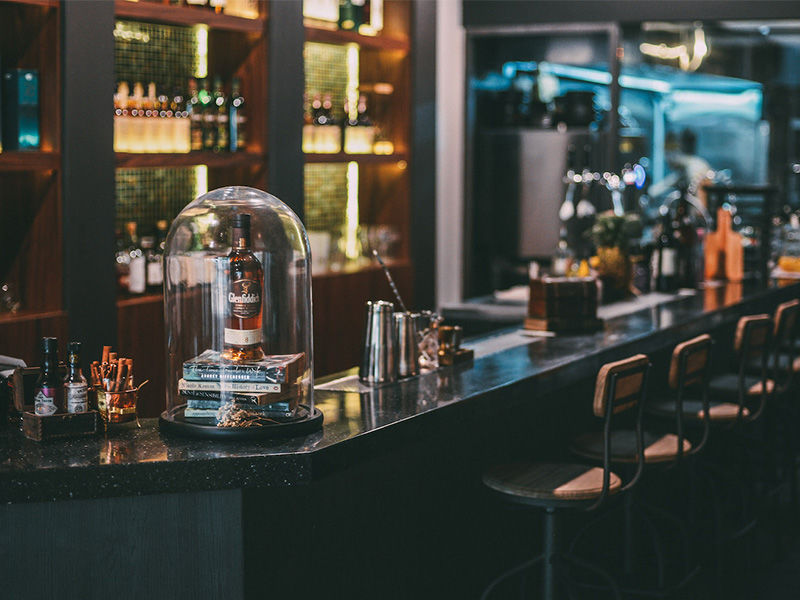 The Belljar is a three-storey whisky institution nestled along North Canal Road. Booze bottles, old vinyls and leather couches line the walls of the dim haven, so reminiscent of old-school pubs in London. Come with a keen palate for whisky and be rewarded, as the bartenders are happy to arrange bespoke flights from their vast collection to suit your fancy. 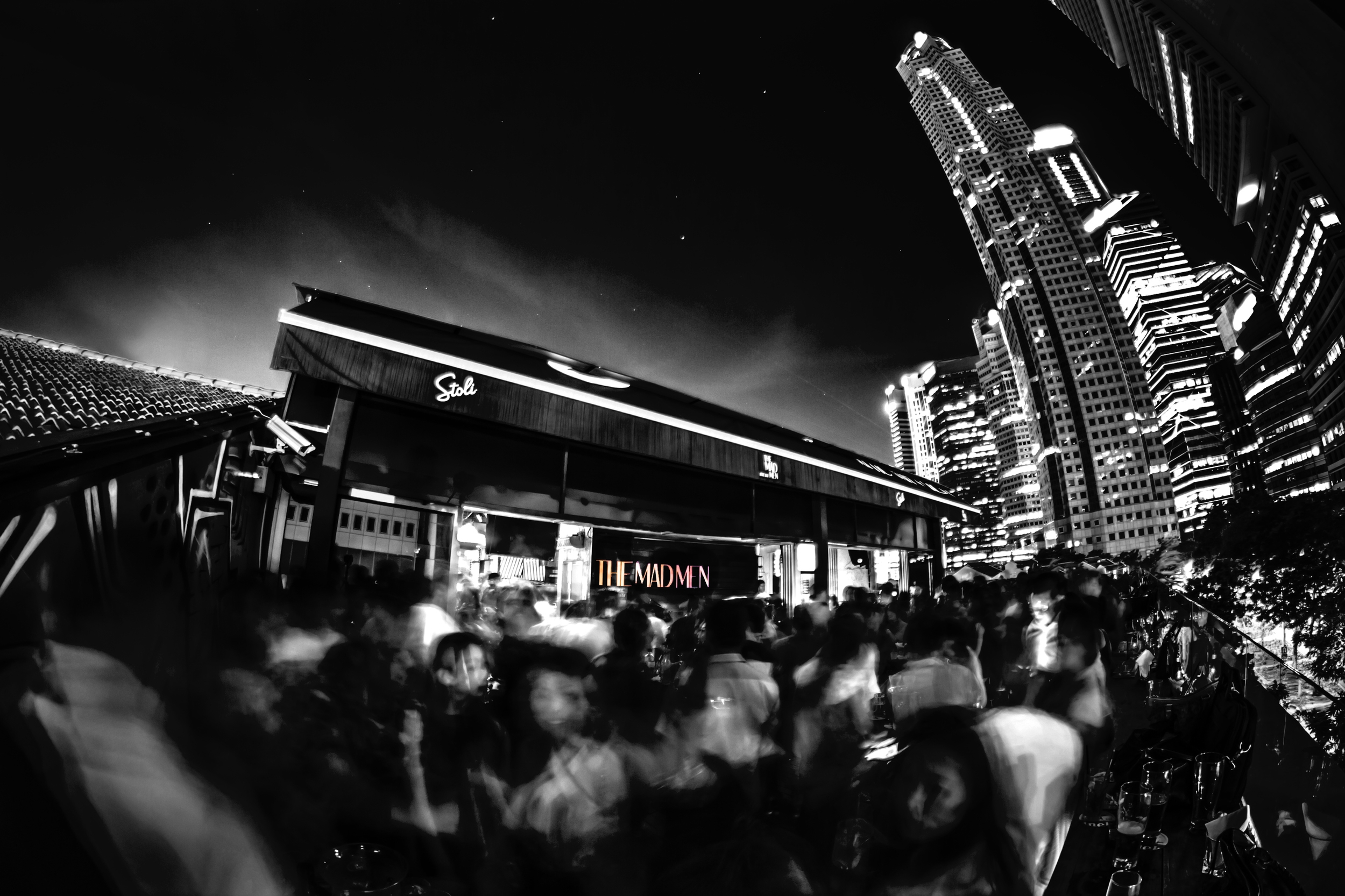 If you like your night with a bit of controlled chaos, then this industrial rooftop bar is where its at. Don’t expect award-winning cocktail craftsmanship here, but just a place to unwind over housepour booze, live music, and good vibes. 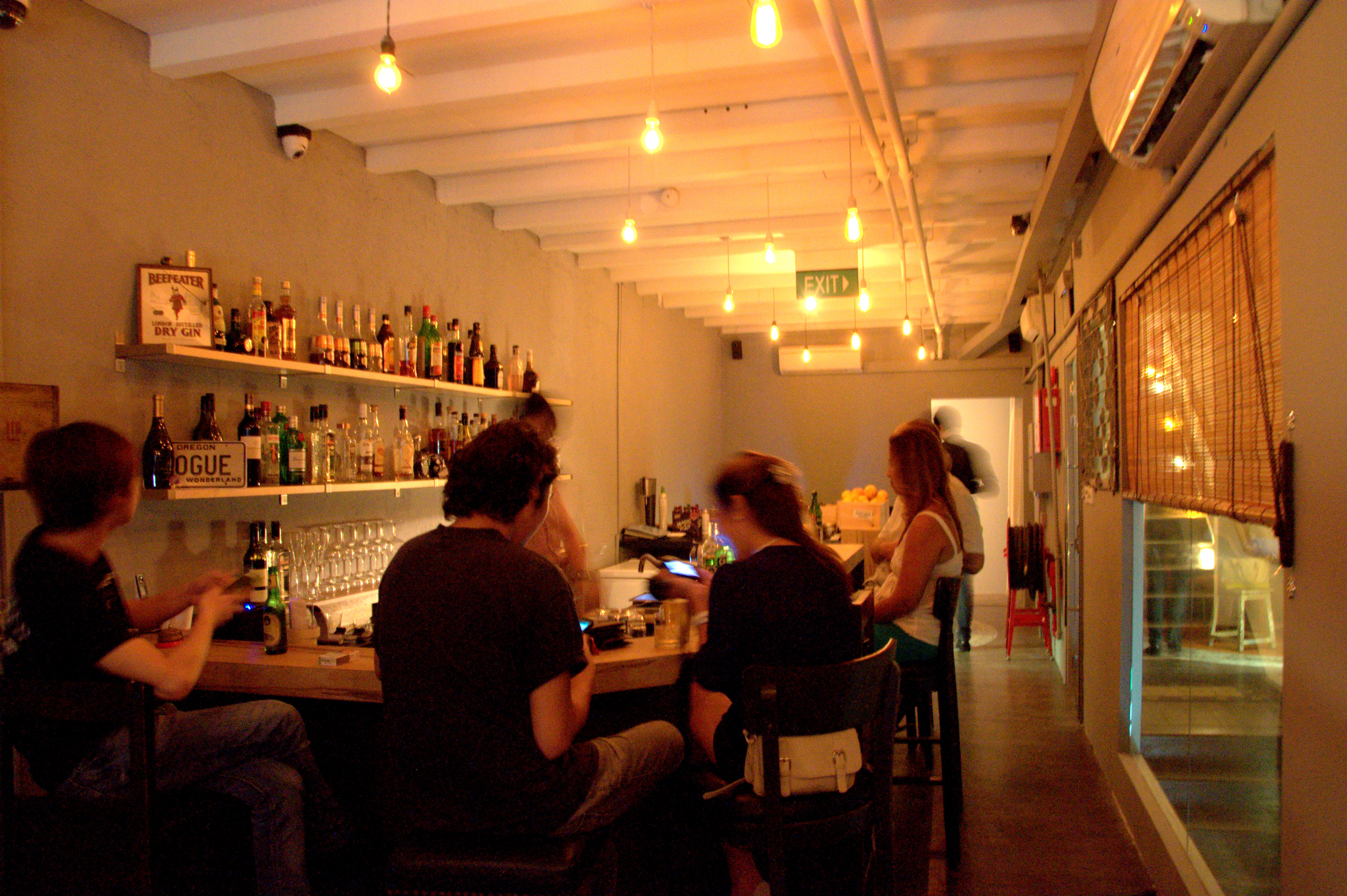 Ah Sam’s Cold Drink Stall was one of the pioneering bars that established local cocktail culture, and Boat Quay as a place worth your time. The all-things-local bar pulls on your nostalgic heartstrings with its decor, while mixing up some of the most consistent bespoke cocktails around town, best enjoyed with a side of har jeong kai. Of all the bars along Boat Quay, South Bridge has the best vantage point. It boasts a 360-degree view of the Singapore skyline, allowing you to enjoy nighttime sights like the Marina Bay Sands laser light show as you sip on a crisp glass of champagne. Southbridge also has extensive oyster options sourced from around the world. If you don’t enjoy them raw, the kitchen can cook up your oysters with savoury toppings such as caviar.

Ah Sam Cold Drink Stall Southbridge Boat Quay Bars in Singapore Braci bee bees circular road upper circular road where to drink in boat quay the mad men attic bar the container at aribuya
Beatrice Bowers
Features Editor
Beatrice Bowers writes about beauty, drinks, and other nice things. When not bound to her keyboard, she moonlights as a Niffler for novels and can be found en route to bankruptcy at your nearest bookstore. Don't tell her boss.
Drinks Beauty