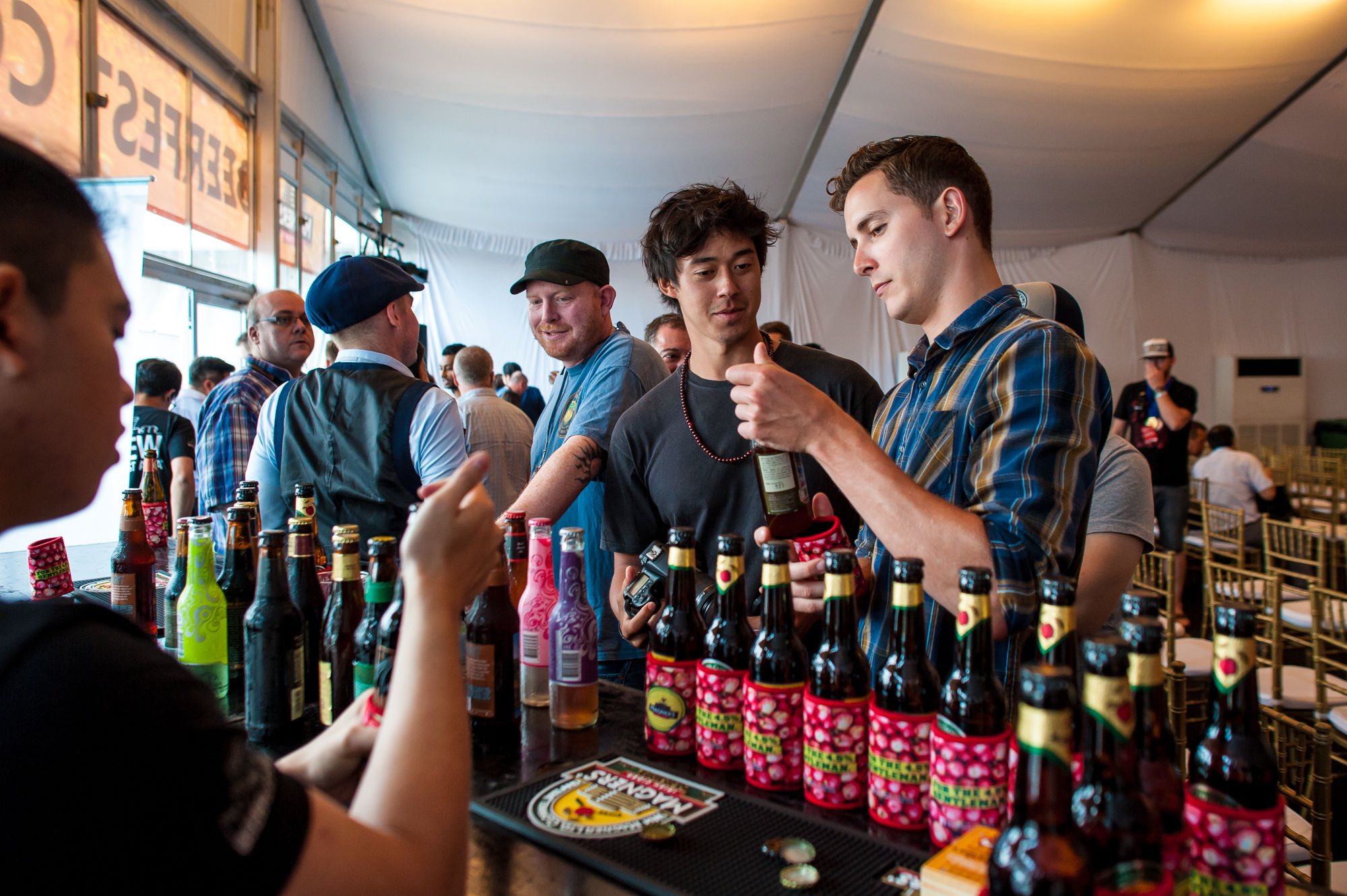 It’s been nine years since Beerfest Asia exploded onto local shores, but Asia’s premier beer festival brings it every time. Each year delivers bigger and better beers, as well as entertainment, so the promise that Beerfest Asia 2017 is going to be the largest edition yet is no exception.

Beer is the world’s most consumed alcoholic beverage after all, so a mammoth weekend party to celebrate it sounds about right.

Beerfest Asia 2017 will be taking over the Marina Bay Cruise Centre from 17 to 20 August. The grounds span 8,000 square feet, and is partly air-conditioned this time round (praise be). This choice venue is flanked by a stunning view of the Singapore Straits, but we’re not sure how much attention you’ll be paying to that when there’s over 500 different beers and ciders to choose from.

Out of the staggering 500, you get 100 new labels debuting in Singapore during the festival. For the mainstream beers, Erdinger Sommerweisse and Guinness Bright seem set to be retail favourites. The former is a fruity wheat beer with citrusy notes, a more summery alternative to its malt-heavy sibling, the Weissbier. Guinness Bright, created in collaboration with the brewers at Heineken Malaysia Berhad, is framed as an “approachable” stout with lighter flavours. It’s got coffee, ginger and lemongrass extracts, and a bittersweet finish to wean beer drinkers over to the dark side.

Aside from the international craft beer brands, there will also be local craft beer breweries like Archipelago and The 1925 Brewing Co. representing Singapore at the festival. Be sure show your support by getting a sample of their limited edition beers available exclusively for the occasion.

Daily beer workshops will also be held for the first time ever, with one each day. Serious beer nerds can learn from experts on a number of topics, spanning beer appreciation to DIY-ing beer at home.

Throughout the festival, 30 live acts curated by Timbre Group will bring on the entertainment, from live cover bands to DJs once the sun sets. There will also be a handful of food vendors around, because you should never drink on an empty stomach. And you might get hungry, of course.

The cherry on top has got to be beer yoga. You read that right — beer yoga. While previous advents promoted foosball as the extent of the sports-related entertainment, Beerfest Asia 2017 invites you to a sundown yoga session on 20 August. Beginning at 6 p.m., chief instructor Dawn Sim from Trium Fitness will be conducting a class, so get ready to rock a downward dog with a bottle of lager in hand. Those less athletically-inclined can opt for beer pong.

Beer Beers Craft beers beerfest beerfest 2017 marina bay cruise centre krusovice imperial erdinger summerweis guinness bright brew masters timbre group
Beatrice Bowers
Features Editor
Beatrice Bowers writes about beauty, drinks, and other nice things. When not bound to her keyboard, she moonlights as a Niffler for novels and can be found en route to bankruptcy at your nearest bookstore. Don't tell her boss.
Drinks Beauty
Sign up for our newsletters to have the latest stories delivered straight to your inbox every week.