Bar guide: Where to drink in Chinatown

Food & Drink
Bar guide: Where to drink in Chinatown
Share this article
Next article

Singapore draws more than three times its population numbers in tourists every year, and you can bet that a majority of said tourists on our shores will, or have gone to Chinatown. The heritage neighbourhood is also one of Singapore’s main cultural hubs, with attractions that span pedestrian shopping streets, museums that chart our colonial history, religious buildings from multiple cultural groups, and a gamut of food and beverage offerings that flaunt our national prowess in that department.

Chinatown is also the locus that joins many notable neighbourhoods that boast the best of Singapore’s cocktail bars. There’s Ann Siang Hill and Club Street, prided for its healthy mix of bars that span every persuasion, the trendy walkways of the Duxton area, and the entirety of Tanjong Pagar just a short walk away. Above it all, the expanse itself also harbours some choice cocktail institutions, so if you’re ever there and hankering for a drink, take a pick from our directory of the best bars in Chinatown to quench that thirst. 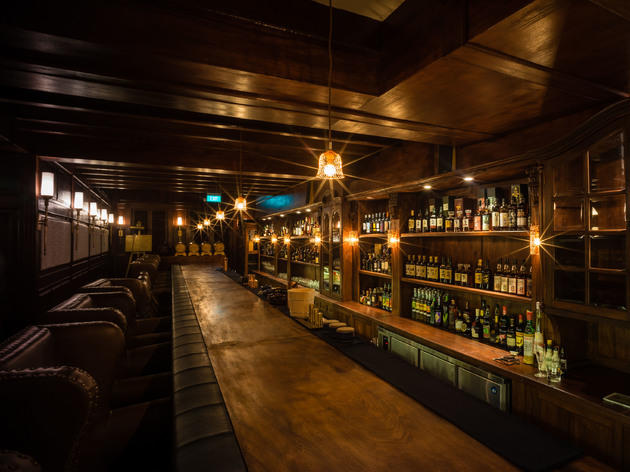 Daiki Kanetaka’s quintessentially Japanese bar feels like you’ve stepped into Ginza once you find it and finding it is an exercise since the bar is a secret one. Past a lifestyle storefront, the 28-seater lounge bar is underscored by cocktails made to order, along with a menu of vintage sherries, rums, Calvados and Armagnacs — not the easiest to come by in Singapore. 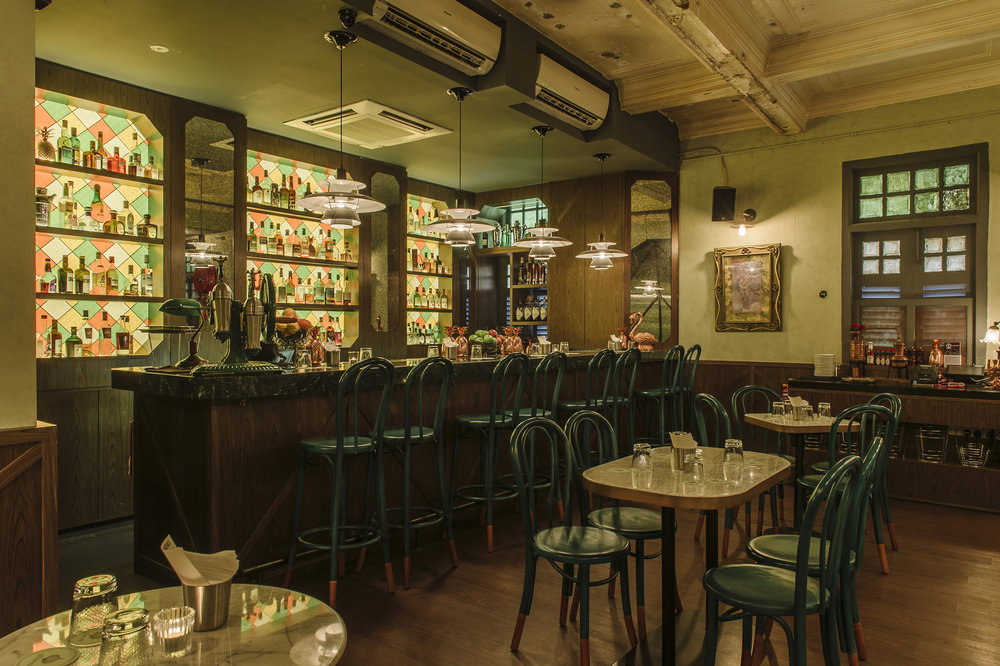 With a decor that crosses a Japanese cocktail bar with whispers of Emerald City, Gibson is known for being one of the finest cocktail bars around, especially when you’re going for classics with an innovative twist. Their current cocktail concept grounds itself on crossing regional ingredients with the templates of classic cocktails, though its staples still remain, including its Japanese-inspired Gibson martini, concocted with Roku Gin and homemade sake vermouth. 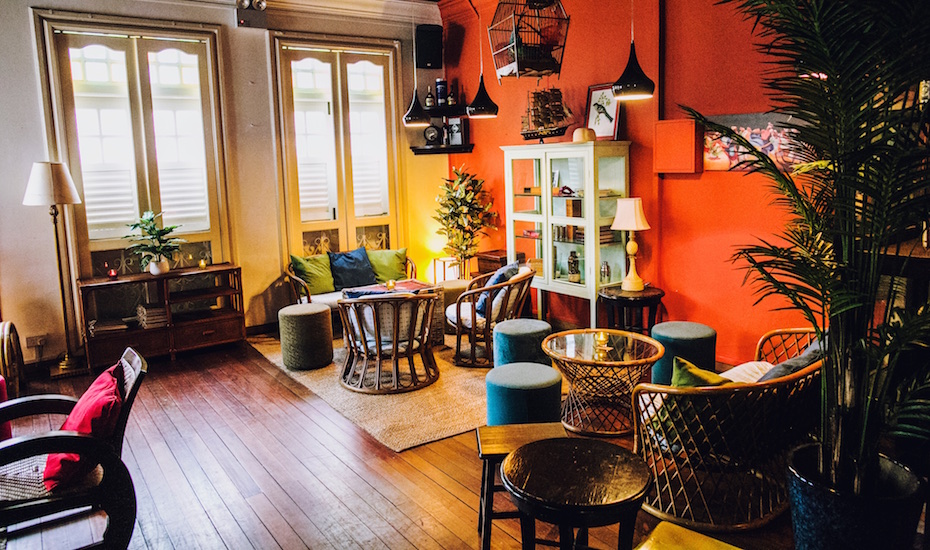 The Caribbean lands in Chinatown with Lime House on Jiak Chuan Road. This restaurant is home to Bago, a rum bar that specialises in tiki-style classics, along with a healthy selection of bottlings for you to peruse and order tasting portions of. 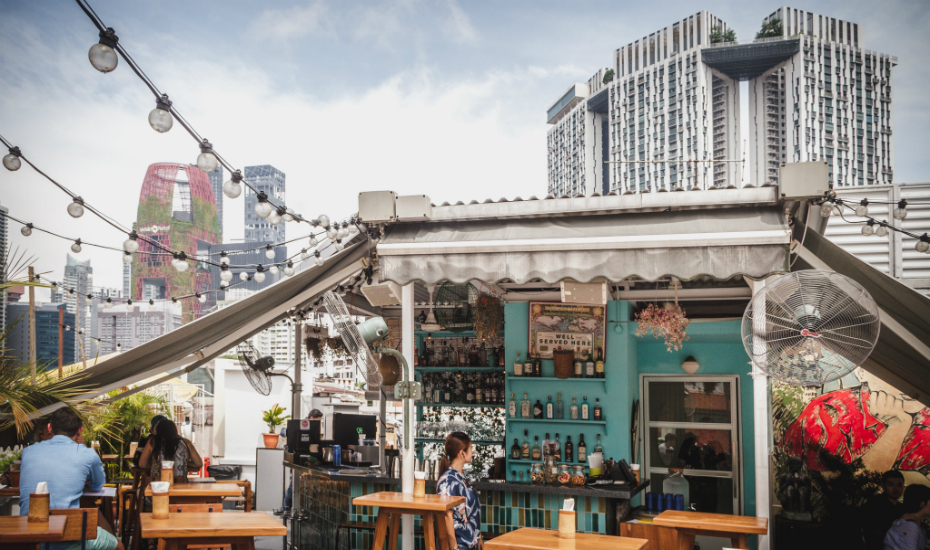 Potato Head has become a household name in its native Bali, Hong Kong, and now, Singapore. Housed in a heritage building, Potato Head in Keong Saik is where numerous concepts coalesce, including a burger-focused diner, a rooftop bar, and a cocktail den with an ever-changing cocktail menu. You could spend your whole evening there, hopping from one level to another, and no two scenes will be the same. Melding Singapore’s urban DNA with the izakaya culture in Japan, Neon Pigeon has gone strong since its opening as a go-to destination for quality Japanese beers, spirits, and also inventive cocktails. Top it off with their menu of delicious mod-Japanese small plate bites, as well as their constant schedule of bartender takeovers and guest shifts, and you’ve got a beacon for a good time at Neon Pigeon. 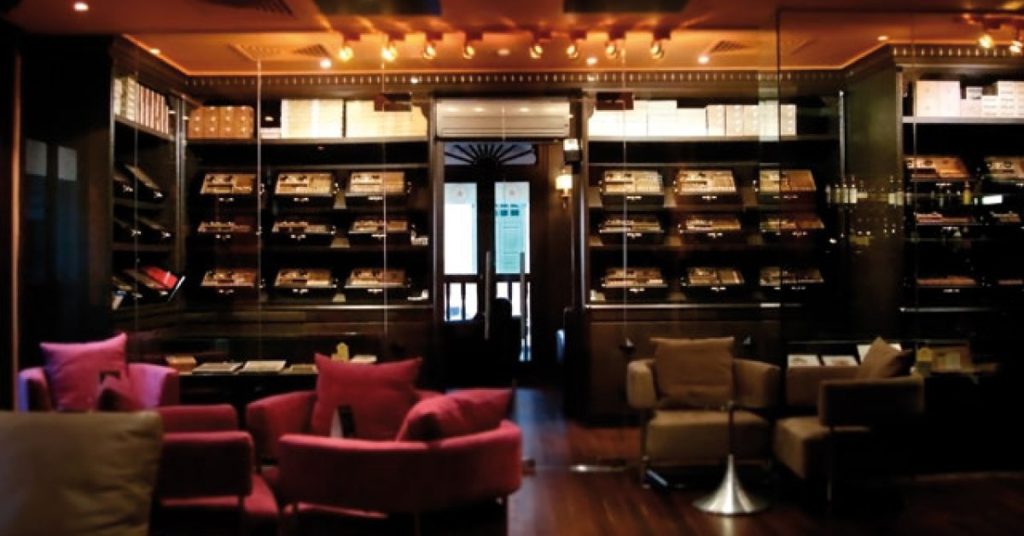 Olde Cuban is a rare breed in Singapore, given that cigar bars tend to be scarce around our city. Home to the largest humidor on the island, some dating back a decade, Olde Cuban completes its identity as a gentlemen’s lounge with an extensive list of more than a 100 whiskies. Gaston aims to make Burgundian food and wines accessible, deviating from the stereotype that the region connotes wine snobbery. Featuring an accessible array of wines from both well- and lesser-known producers all picked by a native Burgundian, the food menu bears similarly authentic thumbprints, given that most of the dishes are family recipes from the restaurant’s general manager. Read our review here. 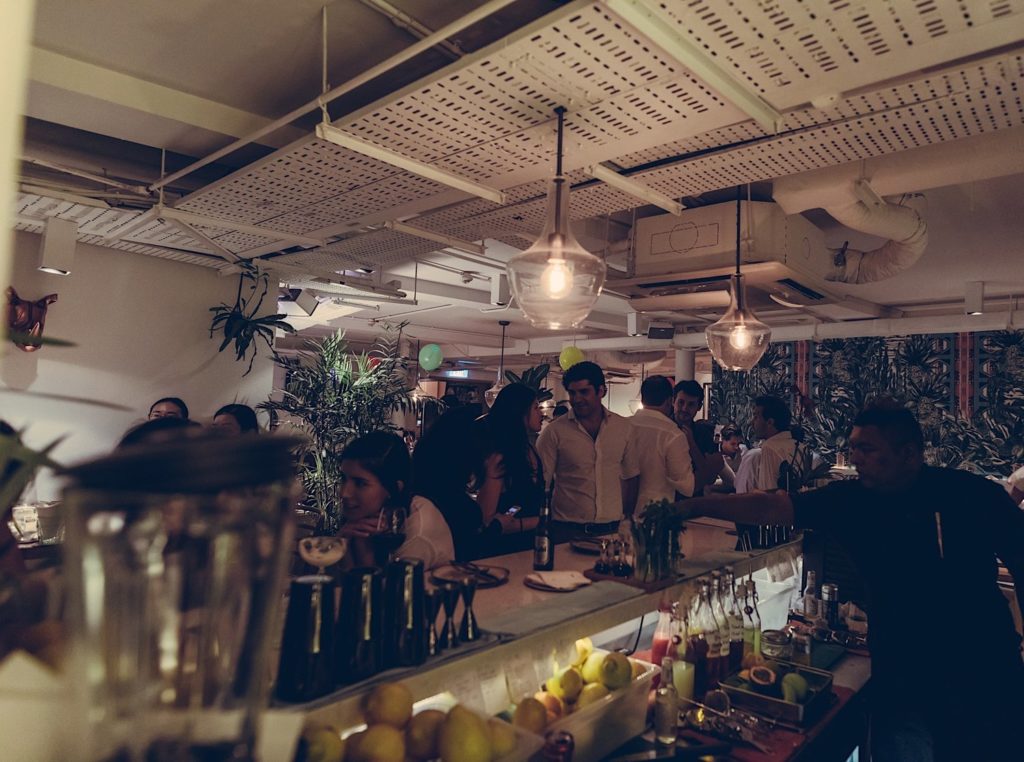 Don Ho brands itself as a social kitchen and bar, what with its menu being governed by sharing portions of mod-European cuisine, and a cocktail menu that highlights equally fresh flavours. Over the weekend, Don Ho hosts brunch, complete with boozy options should you prefer. 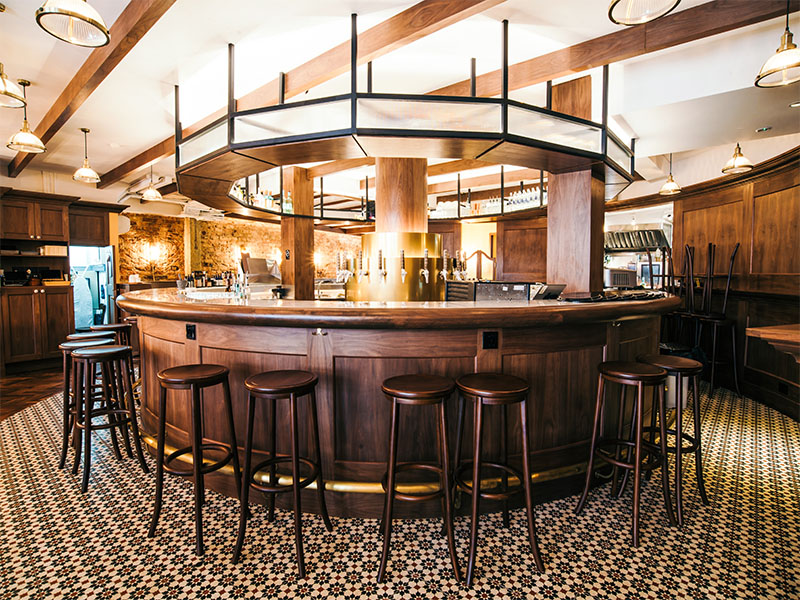 As a collaboration between Hong Kong’s Young Master Brewery and chef Vinny Lauria, The Guild is a one-stop destination for an excellent repertoire of craft beers, all served from its eye-catching centerpiece of a bar, along with American-Asian bites crafted from local produce, wherever possible. Along with the session beers and quality bites, The Guild also has a lengthy cocktail menu featuring anything from house concoctions to boilermakers. Read our review here.

Drinks Chinatown bar guide
Beatrice Bowers
Features Editor
Beatrice Bowers writes about beauty, drinks, and other nice things. When not bound to her keyboard, she moonlights as a Niffler for novels and can be found en route to bankruptcy at your nearest bookstore. Don't tell her boss.
Drinks Beauty