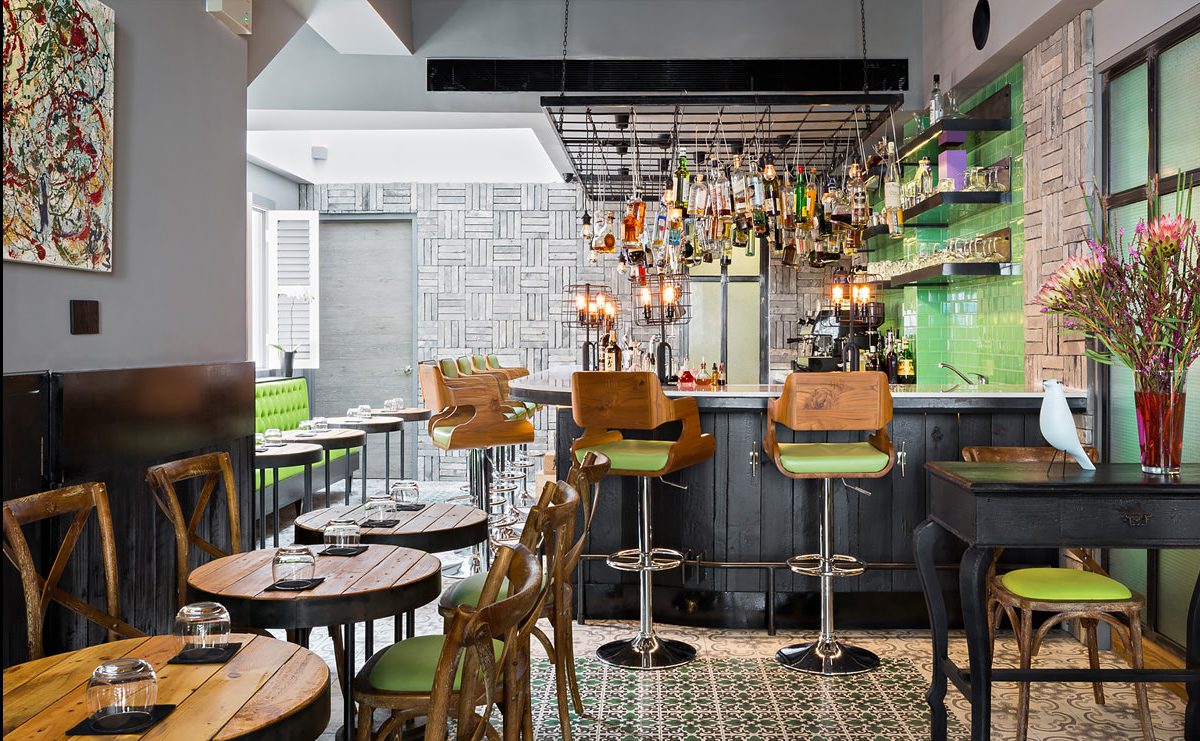 Chase down: The best cocktail bars in Singapore

Food & Drink
Chase down: The best cocktail bars in Singapore
Share this article
Next article

Cocktail bars in Singapore are a many splendored thing. Head down any populated street, throw a stone, and you’re bound to hit a couple, especially if you’re around the Central Business District. Every couple of months, the number of bars increases — and tipple lovers can’t seem to get enough.

Before the incessant hype train that never seems to lose steam, Singapore had a handful of cocktail bars that formed the rock solid foundation. These are the places to be for great, innovative drinks that will rarely, if ever disappoint. Helmed by some of the most well-known bartenders on the island — even the world — here are the watering holes you ought to visit if you want to enjoy all the hallmarks of what contributes to a quality cocktail experience.

The next time you’re in the mood for an after-work nightcap, or you need to take your date somewhere to impress, here are the best cocktail bars in Singapore to visit. 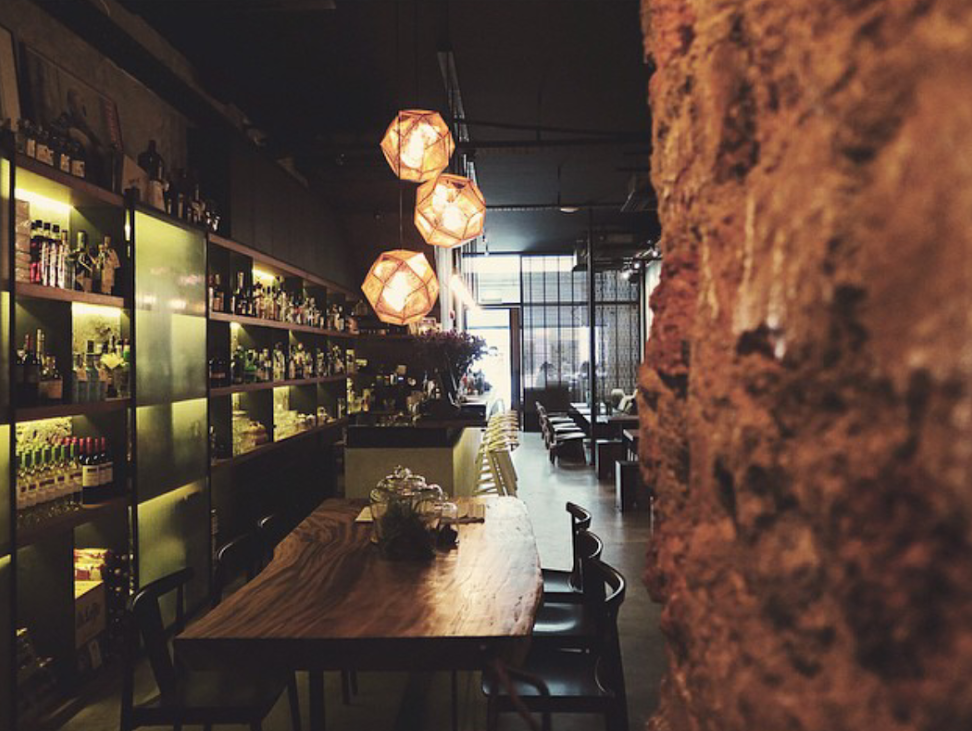 An extremely innovative cocktail programme stands firm at Tess Bar & Kitchen. It’s not afraid to play with flavours often delegated to the kitchen, serving up interesting infusions like a bak kut teh (pork bone broth) gin cocktail, as well a rum concoction with pineapple and gula melaka. 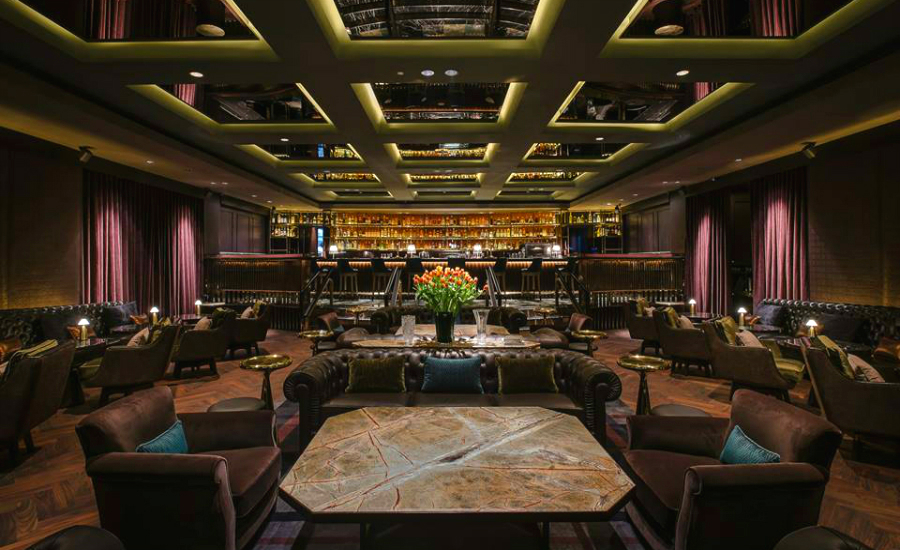 With its newly revamped cocktail menu, Manhattan is more of a cocktail institution than ever. Head down to immerse yourself in the bar’s old school New York-esque grandeur, and if you’re a spirits geek, it’s got the first in-hotel rickhouse stocked with over 100 barrels of imported whisky. 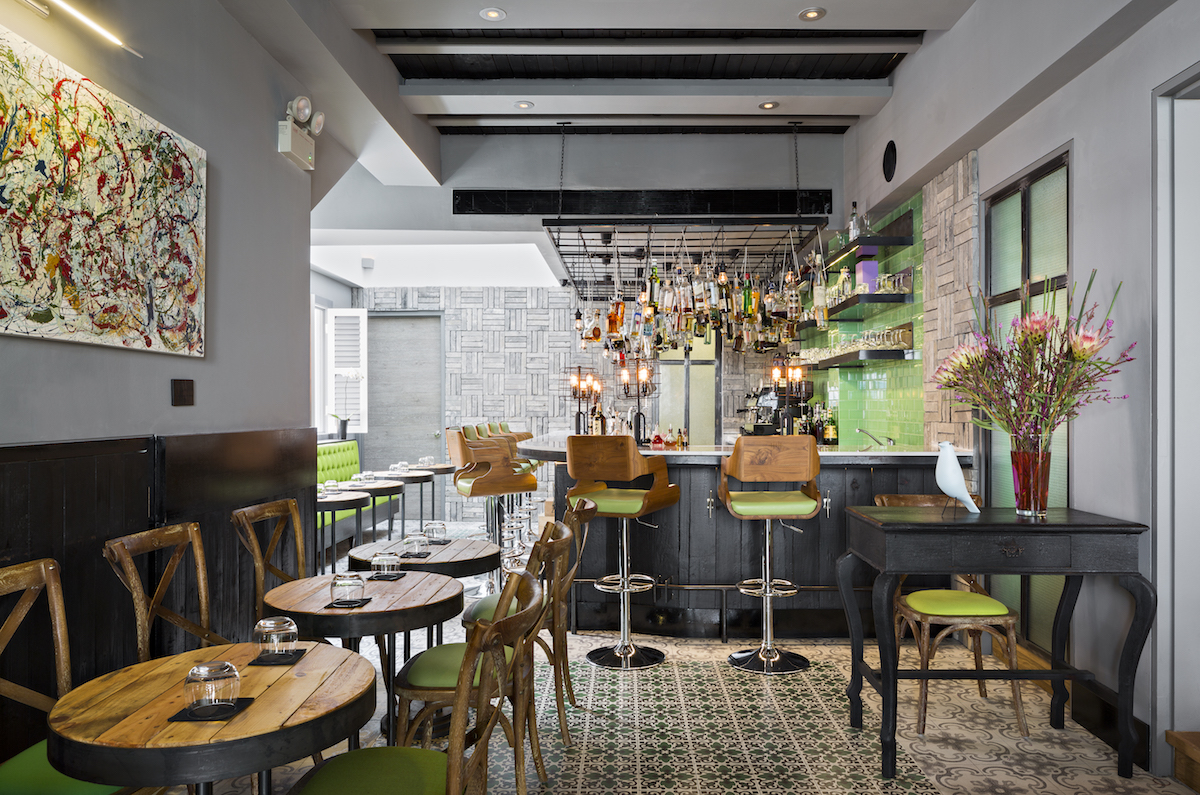 Joe Schofield heads the bar at Tippling Club, and he’s a veritable cocktail wizard. Negronis aged with ultrasonic waves, and a fizzy cocktail that tastes like rain are just the tip of the iceberg with Schofield. If you love progressive mixology, Tippling Club is the gold standard. 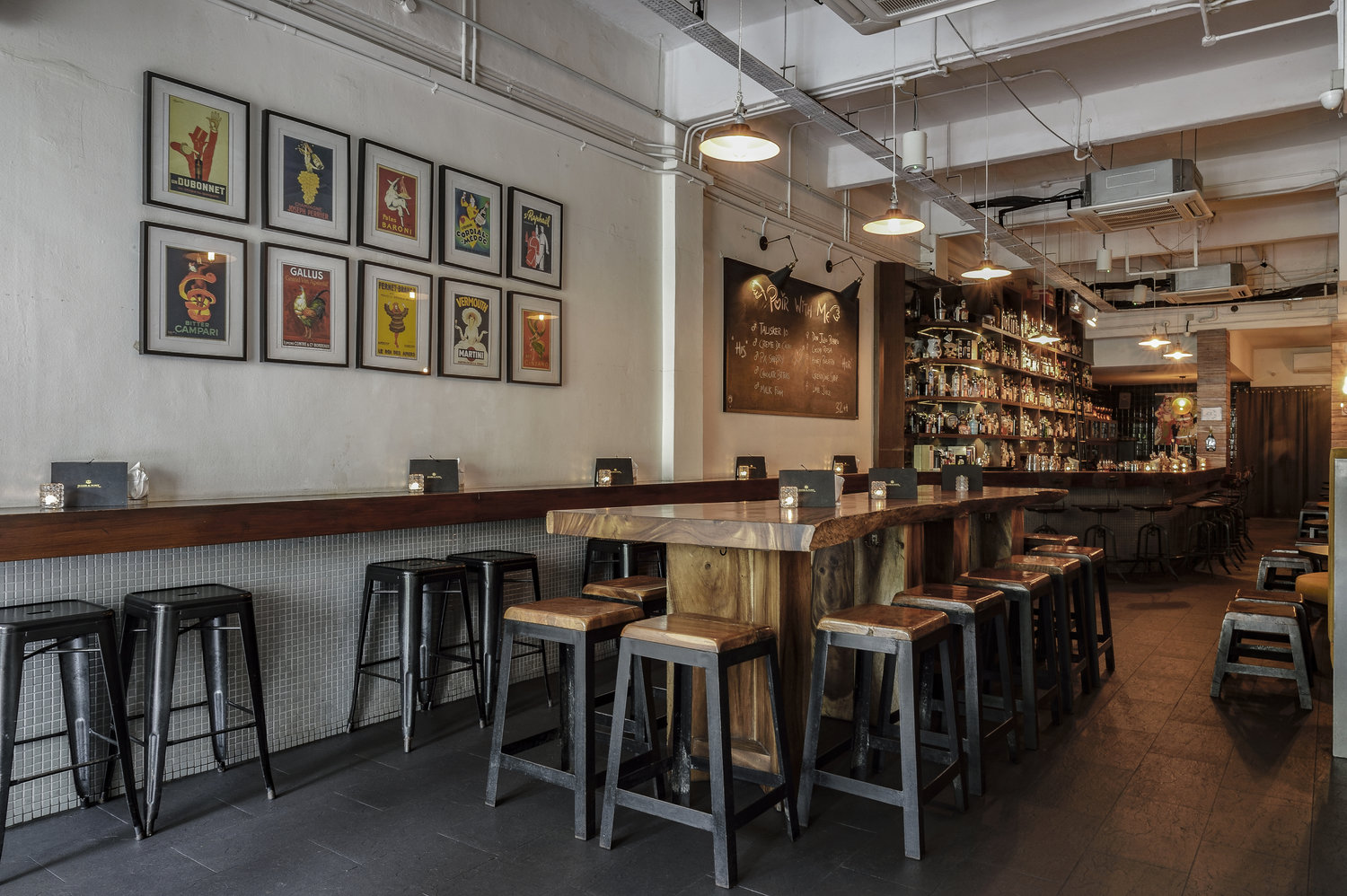 Before cocktail programmes centred around the Prohibition era or America’s early 19th century became the new norm, there was Jigger & Pony. It’s the one to laud for returning the focus to classic cocktails, doing them right before going the extra mile with unique reinventions. If you’re a fan of the Ramos Gin Fizz — a citrusy, gin-and soda cocktail with egg white foam from New Orleans — we contest it makes the best in town. 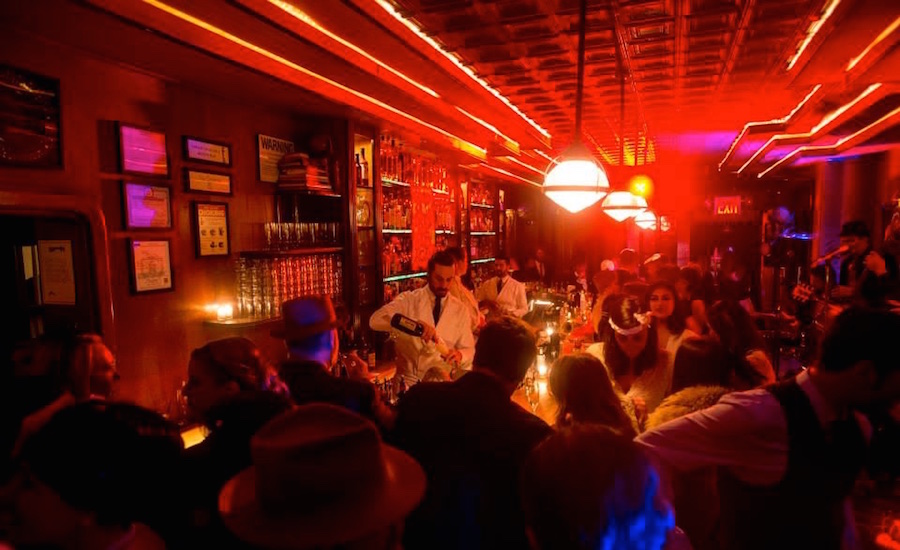 Employees’ Only is one of New York’s crowning cocktail jewels, and its outpost in Singapore feels no less removed. It’s a dive bar-style joint that’ll always keep you entertained, whether it’s through chance conversations with the cosmopolitan crowd at hand, good music, or its list of EO signature cocktails. The EO Gimlet is a must, and it’s delightfully complex despite its two-ingredient mix. Stay ’til closing time, and get a bowl of hearty chicken soup on the house. 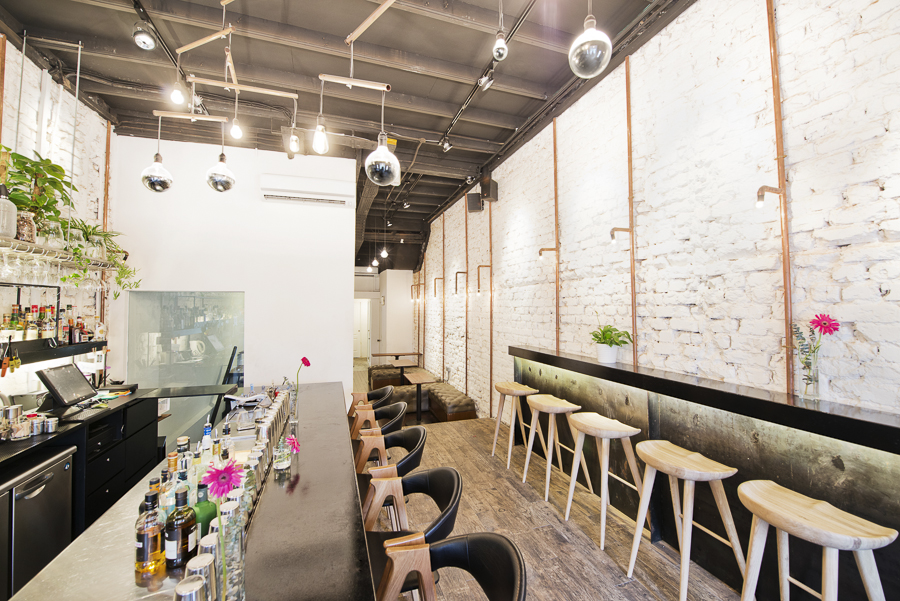 Maison Ikkoku looks like a haven torn straight out of a How To #Minimalism guide, but the multi-concept location houses quite a remarkable bar. The drinks aren’t just well-mixed, but the presentation is off-the-charts. There’s a handful of cocktails on the menu, and we’d recommend the spicy Blood Orange Caipirinha, but do yourself a favour and order something bespoke to really make the prices there well worth it. 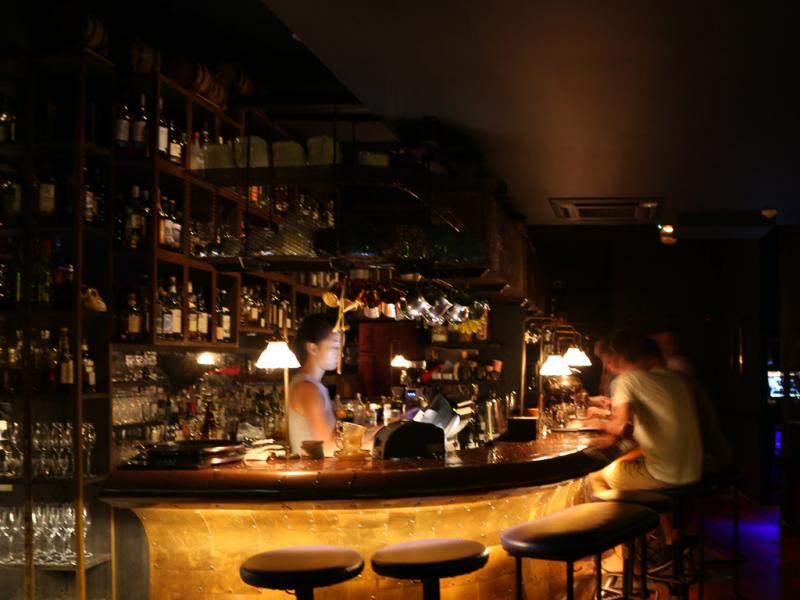 The Library was already at the speakeasy game before the great hidden bar boom. It’s got a password you need to find out from its neighbouring diner, The Study, which makes for a fun take on pre-gaming. Once you’re in, let bar manager Adam Eddy Bursik and co. wow you with their kitschy drinks menu that shirks tradition in favour of bold flavours. They’ve got a punch bowl served in a mini bathtub with a rubber duck, to say the least. 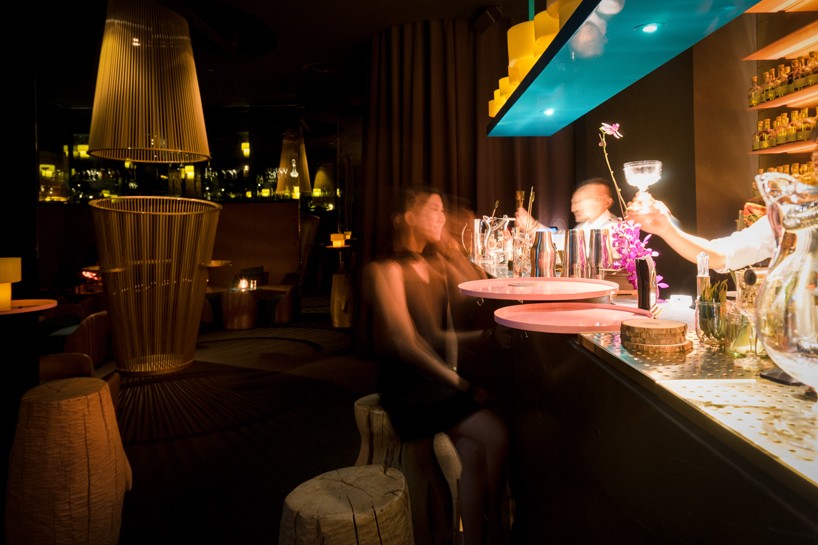 Here’s one for the serious spirit nerds. The Other Room is a seriously secret establishment with a bible of a cocktail menu, and a bar head who’s extremely passionate about his spirits. To be specific, Dario Knox has about 150 different spirits experimented with and blended in a variety of different casks to surprise and tantalise. Play it safe and order a cocktail if you must, but really treat yourself and get a tasting flight to make the most out of your visit. 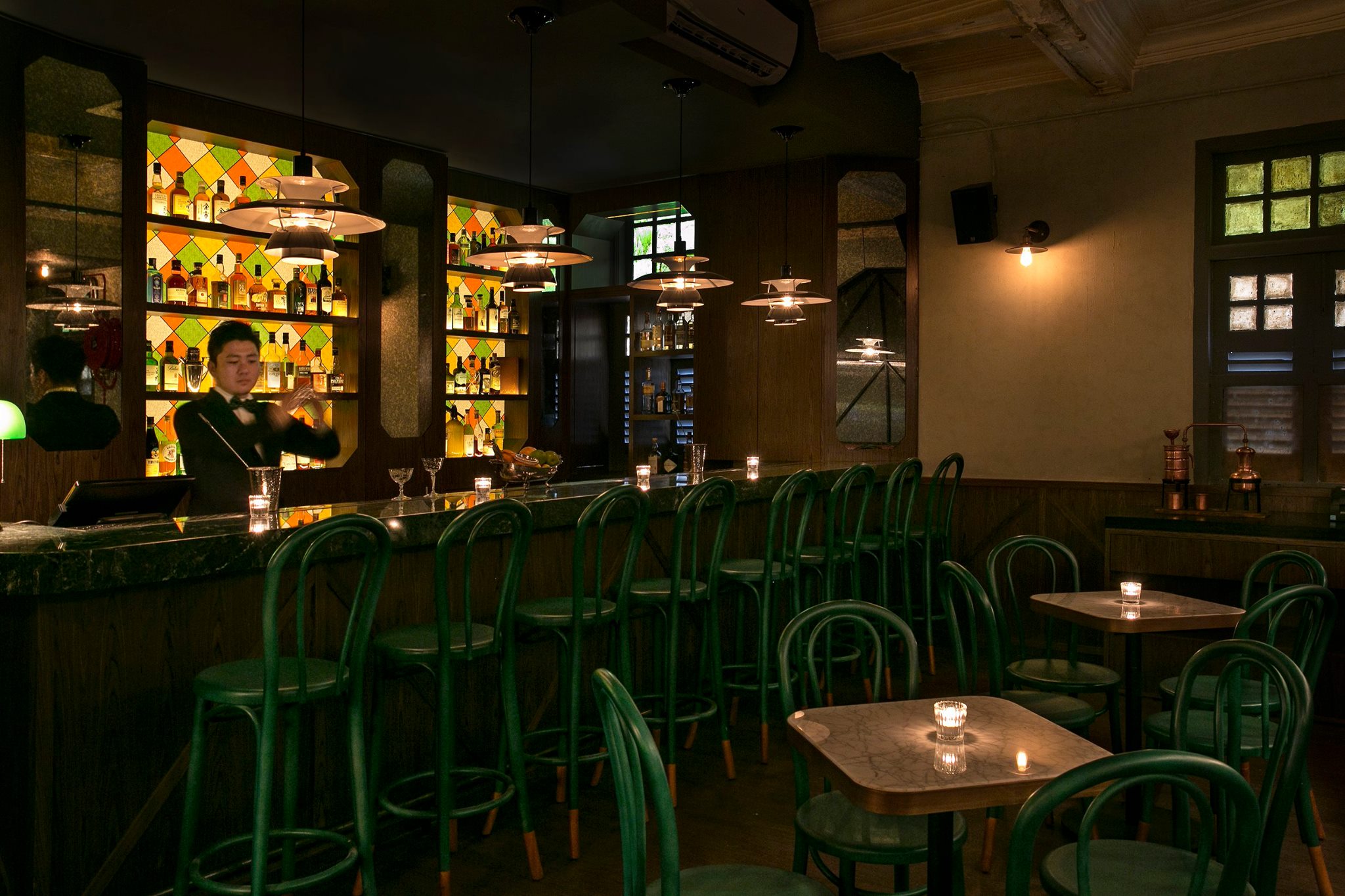 Gibson seems like the type of place you’d need a starched collar to enter, but in reality, it’s so much more laid-back than its appearance betrays. Run by Aki Eguchi, formerly of Jigger & Pony, the bar specialises in really unorthodox cocktail mixes inspired by people, space and time. It’s a ride from start to finish, but never the least bit gimmicky. Go for its Bump & Fash, a punchy whisky cocktail that’s rich on the toffee, burnt butter and brandy notes, inspired by the now-defunct Butter Factory. 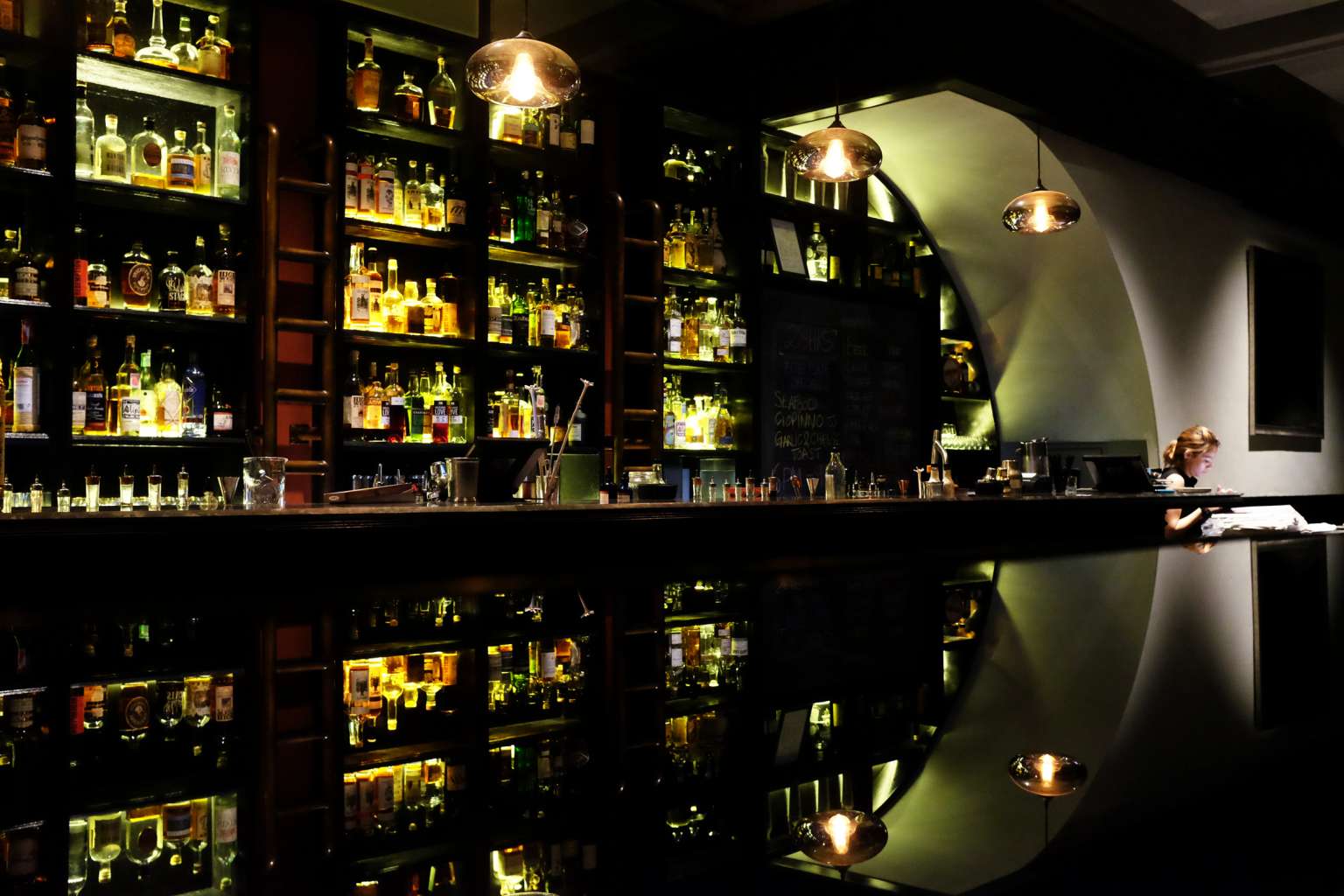 Before speakeasy-concept bars were cool, there was 28 HongKong Street. This hidden bar has been at the vanguard of Singapore’s cocktail movement since its inception in 2011, and has constantly bagged awards for its top-notch drinks programme. This includes Best International Cocktail Bar 2014 at the Tales of the Cocktails Spirited Awards, frequently considered one of the most prestigious in the industry.

Tippling Club Manhattan Maison Ikkoku Cocktail Bars The Library Employees Only Jigger and Pony Tess Bar and Kitchen the other room where to drink in singapore gibson cocktail bars in singapore
Beatrice Bowers
Features Editor
Beatrice Bowers writes about beauty, drinks, and other nice things. When not bound to her keyboard, she moonlights as a Niffler for novels and can be found en route to bankruptcy at your nearest bookstore. Don't tell her boss.
Drinks Beauty