Food & Drink
Good Singapore Slings exist, so find them at these local bars
Share this article
Next article

The Singapore Sling sucks. There, I said it.

For a country that is known for its excellence in the food and beverage department, the fact that our national cocktail is a saccharine tragedy begs reckoning with. Sure, tourists will drink it. It’s part of the #VisitSingapore package. But if you know more than 10 locals that willingly order a Singapore Sling at a bar… I’ll direct you to the POFMA Office.

The problem is not in the cocktail per se, so I’m not pointing fingers at Ngiam Tong Boon for inventing the Singapore Sling in the first place. My issue (and I speak for many) is that somewhere along the crawl of time, the Singapore Sling mutated into an overly sweet, herbal cocktail that tastes like the pink medical syrup children drink to abate fevers.

Still, not all Singapore Slings are made equal, and quality ones can be found if you know where to look. A handful of local bartenders have taken the original recipe into their own hands and improved it, be it with their own spin on the ingredients used, or just tampering with the proportions so balance is achieved. Here’s my take on the best Singapore Slings in our city — ones we can actually be proud of.

You know the story. In 1915, head bartender at Raffles Hotel, Ngiam Tong Boon, created the Singapore Sling. He did so because women sipping on gin neat was frowned upon, so he gave them his take on gin and juice, a more socially acceptable alternative because it did not look like alcohol.

Fast forward a century and the Long Bar at Raffles Hotel is still the go-to for people to pay homage to the Singapore Sling (S$32), and thankfully, their take gets an A+. Served in a glass that touts this as the Original Singapore Sling, the pink cocktail comes enhanced with grenadine and bitters made in-house. Other versions of the Sling are also available, including the Raffles 1915 Gin Sling (S$28), with an exclusive gin made for the hotel by Sipsmith as its base. Nutmeg & Clove has always championed our national heritage in its cocktail menu, so it is only natural that the bar has its own interpretation of the Singapore Sling. Two interpretations, to be exact. One sticks to the classic recipe (S$19), though it uses our local Brass Lion Singapore Dry Gin as the base. The other is called Slinging Lion (S$19), a punchy cocktail given extra depth as it is barrel-aged in charred oak for two weeks. Don’t like the OG Singapore Sling? That’s no reason to sweat at Fullerton Hotel‘s Post Bar. It has the classic, alongside two other versions of the Sling. There is Temasek (S$24), which swaps out cherry for orange liqueur and a mix of pineapple and lime juice, or the Fullerton Concours, which uses fresh ginger and sour plum calamansi juices to give the drink a kick of sweet, citrus and spice. Manhattan’s menu may be an ode to America throughout the ages, but it does house a Singapore Sling within its Manhattan Classics page. Named Singapura Nacional (S$25), the bar’s spin on the Sling uses a combination of Brass Lion Singapore Dry Gin and apricot brandy as its base, alongside fresh tropical fruit juices and housemade spice syrup. A deserving reprieve from our hot weather, this one. Smoke & Mirrors’ current menu is all about reworking classic cocktails and giving each an unexpected twist. Experimentation abounds, and when it comes to the bar’s take on the Singapore Sling, foraging and fermentation are two aspects that make up the recipe. Titled Robbery At The Museum (S$28), this version employs tepache (a fermented pineapple drink) as well as locally-sourced herbs to deliver the Sling’s signature interplay between fruit and herb. 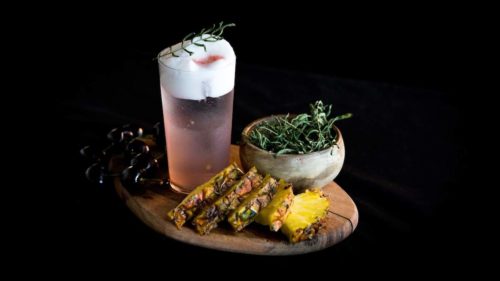 Skai Bar‘s take on a Singapore Sling is all about depth. A mix of Citadelle Gin and Luxardo cherry liqueur is aged in a barrel for weeks, then combined with all the other fixings to create the eventual Solera Sling. Ferrand Dry Curacao is used to sweeten, along with tepache, so expect this one to be seriously spirit-forward. 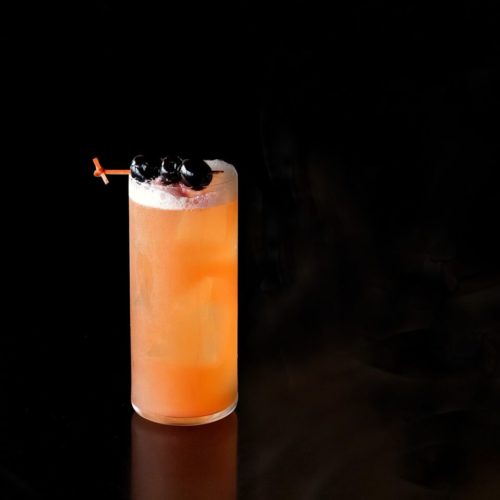 Drinks Singapore Sling
Beatrice Bowers
Features Editor
Beatrice Bowers writes about beauty, drinks, and other nice things. When not bound to her keyboard, she moonlights as a Niffler for novels and can be found en route to bankruptcy at your nearest bookstore. Don't tell her boss.
Drinks Beauty