Home > Food & Drink > Drinks > What does blue wine taste like? We have the answers 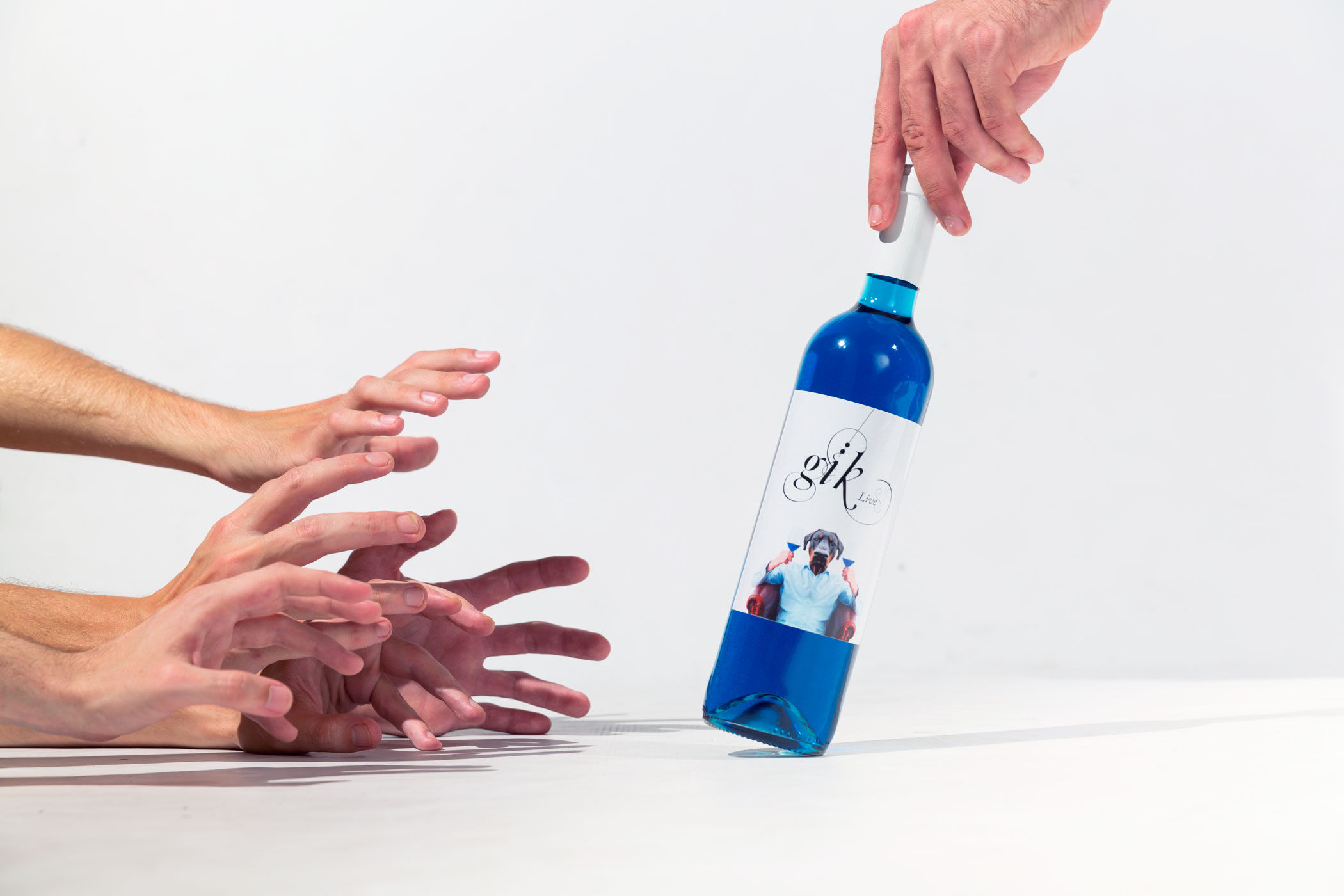 What does blue wine taste like? We have the answers

Food & Drink
What does blue wine taste like? We have the answers
Share this article
Next article

Roses are red, wine is now blue. You’ve probably read this clichéd introduction before, so let us just get straight to the point: Blue wine is now a thing.

Gïk’s blue wine swept social media upon its entrance last fall. Trend-chasing Facebook platforms created snappy videos explaining the presence of this cobalt beverage, whose makers claimed it as anything other but a novelty. The folks behind Gïk, who firmly state that they “are not vinters” but “creators”, hail from Spain. They are a company of six entrepreneurs who ventured into the wine business because they felt the “most traditional and closed-minded industry out there” needed changing. Blue wine was meant to be the answer.

We get that wine and its ardent devotees estrange casual drinkers by bombarding them with jargon and intense techniques, and that wine, as an alcoholic beverage, is pigeonholed as a mature indulgence for the discerning. It has a barrier to entry, unlike “simpler” spirits such as vodka or gin. Gïk’s blue wine assumed the role of the cool, Instagrammable counterpart, appealing to younger audiences who seek fun in all they consume. We live in a country that thrives on novelty when it comes to dining, or booze (galaxy waffles and rainbow noodles, never forget), so Gïk’s arrival in Singapore late December 2017 felt appropriate.

The colour and the grapes

The science behind the mystifying hue deserves explanation. It is not an artificial dye, or the commonly-used blue pea flower extract. Gïk did not macerate Smurfs to produce this wine either. The colour comes from two naturally-derived pigments. These are anthocyanin, taken from the skins of red grapes, and indigo, from its indigenous plant.

Gïk sources red and white grapes from vineyards in France and Spain. Its website biography mentions its wineries are primarily located in La Rioja, Zaragoza and Courthèzon. After the grapes are sourced, Gïk uses food technology to improve both flavour and colour.

Gïk seduces by telling its drinker that they are tasting innovation and tradition in a glass of blue wine. When it arrived for retail in Singapore, we purchased a bottle to sample it for ourselves.

On the nose, the consensus was that it smelled sweet. Blue wine has a faint bouquet of grape jam and golden syrup, while a couple of us leaned towards soap and chlorine.

A sip proved the wine to be mellow, with hints of sugar plum, and a pronounced dosage of stevia. Its label, in Spanish, mentions the presence of a sugar substitute added for flavour. There’s something artificial that comes through, as if you can taste its electrifying colour — but that might just be us succumbing to visual bait. It is not all that complex, nor does it bear much depth. Once it goes down, a grainy aftertaste lingers.

To be kind, it is not terrible. We believe it appeals to fans of moscato or other sweet wines, and it’s definitely an Instagram magnet. When the cork popped, the whole office swarmed to the bottle with cameras ready.

Blue wine is going to falter against premium steaks, and other rich foods. If you must pair it, we suggest fruity desserts or oysters topped with sour condiments to tease out its floral quality.

You could also turn it into a sangria and bask in the novelty.

Would we purchase it again? Call us closed-minded, but probably not. Blue wine proved an experience, and we’ll leave it at that. Like a bath bomb, it impresses, but its flavours don’t wow as much as the hue.

Gïk’s Blue Wine is available locally at Platform 1094, Blue Willow Café, and on this website.

gik blue wine gik live blue wine blue wines taste test gik blue wine review what does blue wine taste like
Beatrice Bowers
Features Editor
Beatrice Bowers writes about beauty, drinks, and other nice things. When not bound to her keyboard, she moonlights as a Niffler for novels and can be found en route to bankruptcy at your nearest bookstore. Don't tell her boss.
Drinks Beauty
Sign up for our newsletters to have the latest stories delivered straight to your inbox every week.