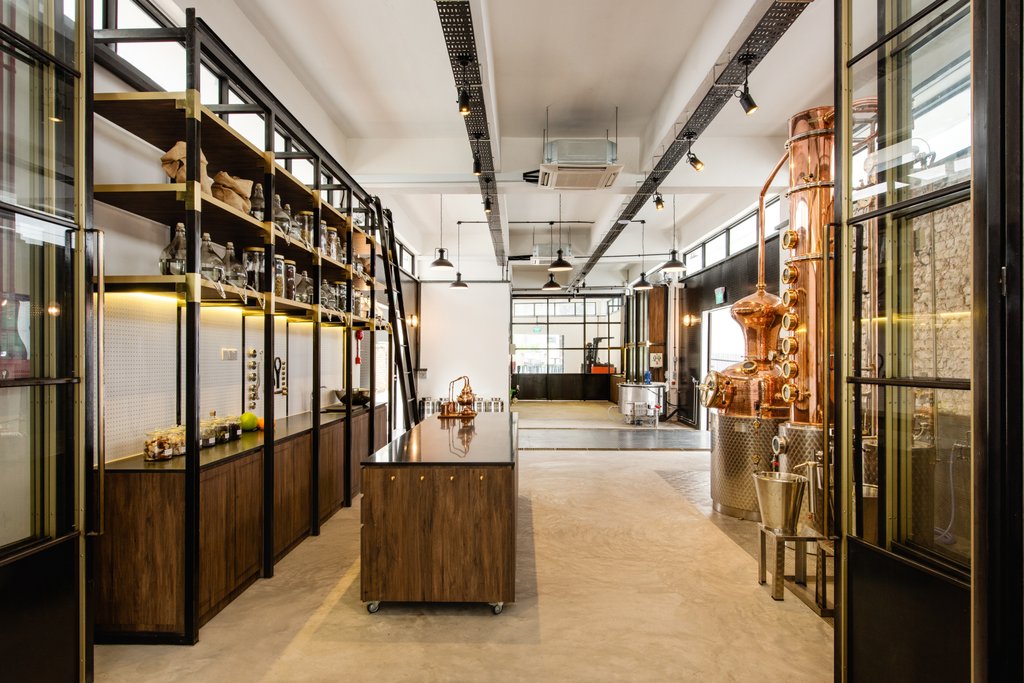 Singapore has a firm foot in the gin industry, so one needs to reckon with what comes next. Whisky, it turns out, is the answer, with Brass Lion Distillery announcing that it has branched out of gin to create Singapore’s pioneering single malt, made in collaboration with The General Brewing Company, an incubation-based microbrewery.

Food & Drink
At Brass Lion Distillery’s Gin School, you can be your own master distiller

Whisky and the tropics rarely do mix, so Brass Lion Distillery and The General Brewing Company had to join heads to tailor-make a recipe that will accommodate Singapore’s high humidity and equatorial climate. The beer experts were in charge of selecting “top-fermenting ale yeasts” to yield a wash with fruity and complex flavours, which was then sent to be finished at Brass Lion Distillery.

After distillation in a copper pot still, the single malt will be matured in an ex-bourbon cask on 14 September, to be aged for an indeterminate period of time. With the heat in Singapore, the whisky will undergo accelerated ageing, adopting the profile of the cask far more efficiently than single malts matured in the temperate West.

Little else is revealed about this experimental homegrown whisky, but we have high hopes that the single malt is in the good hands of the folks who have broken ground in Singapore’s nascent spirits scene.

Brass Lion Distillery’s latest project spearheads the category for a made-in-Singapore single malt, but this is not the first time a local distiller has dabbled with whisky. Just recently, small-batch spirits company, The Orientalist, announced its Dragon Whisky, the world’s first all-Asian blended malt whisky, which combines elements sourced from Taiwanese, Japanese and Indian distilleries. We anticipate more local distillers getting on board this exciting bandwagon.

Drinks Whisky Single Malt brass lion distillery singaporean distiller
Beatrice Bowers
Features Editor
Beatrice Bowers writes about beauty, drinks, and other nice things. When not bound to her keyboard, she moonlights as a Niffler for novels and can be found en route to bankruptcy at your nearest bookstore. Don't tell her boss.
Drinks Beauty

What to do in Singapore this weekend: Booze edition