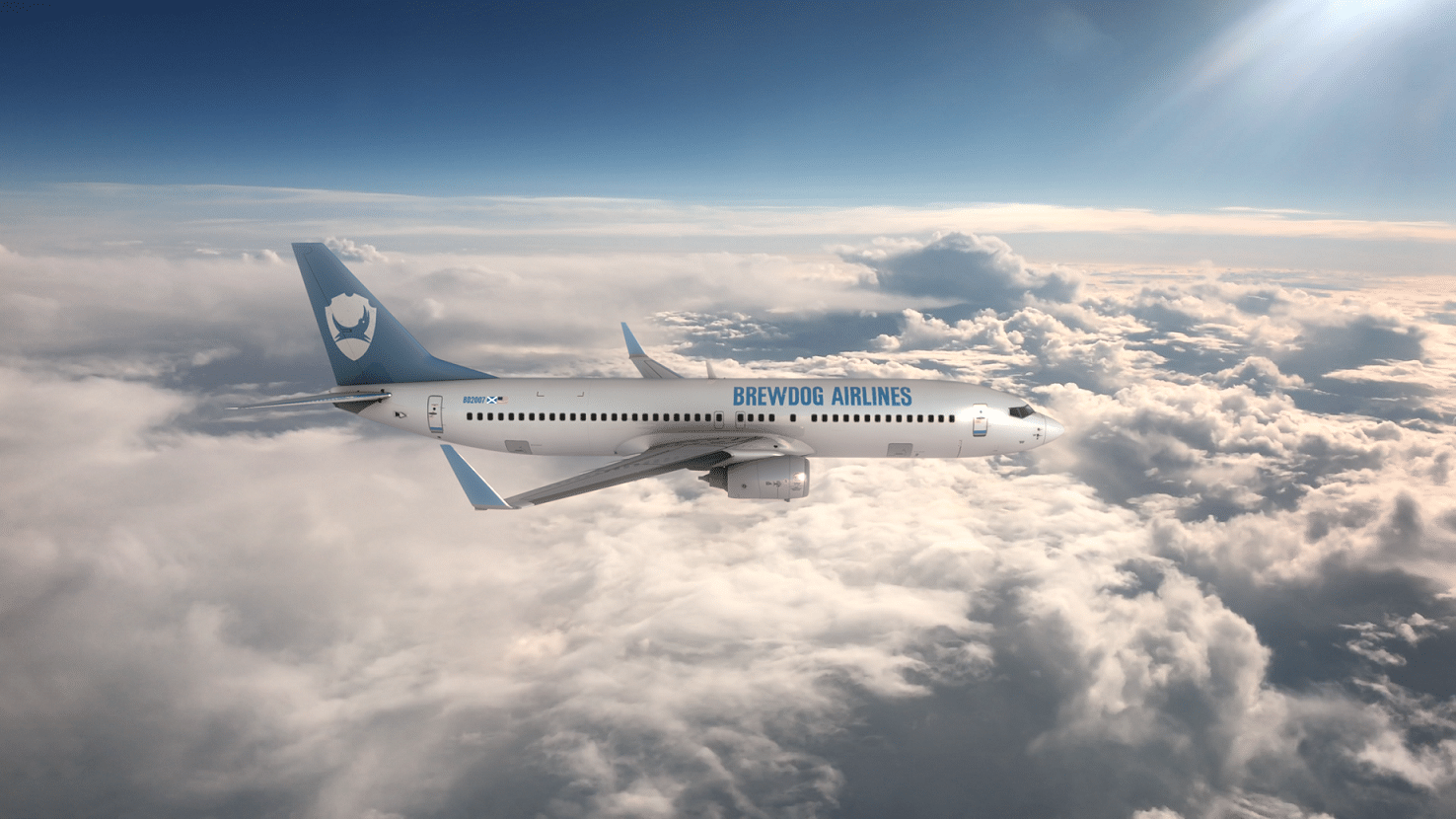 Scottish craft brewery, Brewdog, has made a name for itself when it comes to smashing the brackets of how their beers are consumed. The international brand may have a prominent pub chain as well, but it has gone above and beyond serving beers merely behind a bar top. In August, the company opened the Ohio-based The Doghouse, a craft beer-centric boutique hotel that also houses a brewery. Brewdog’s next attempt to build on that quirky legacy is their announcement of their own airline, the first in the world where a craft beer dominates the whole haul.

Brewdog Airlines will run from 21 to 25 February 2019, chartering passengers from London to Columbus. A majority of the flight crew are trained beer sommeliers (known as cicerones), and are there to facilitate your enjoyment of the Brewdog range as you cruise at an altitude of 35,000ft. The experience also includes a beer and food pairing meal to substitute the usual foil-wrapped tray of sodium other airlines serve, and a portion of an exclusive brew crafted just to counteract one’s diminished sense of taste and smell due to dry air and cabin pressure on a flight.

The Brewdog Airlines experience goes beyond just boarding a plane and having flights. Once passengers land in Columbus, they will be checked into The Doghouse and brought on a tour around the various breweries in the area, Brewdog’s own museum, as well as a day trip to Cincinnati.

This trip will just set you back £1,250 (S$2,228), though it is only open to Equity Punks — the name for individuals that have helped fund Brewdog via the brewery’s public crowdfunding campaigns.  With this pre-requisite, interested parties can rest assured that there will be no crying babies on Brewdog Airlines, but even if there were, you’d have enough more than beer to soothe the situation.

Drinks Airlines Craft Beer Brewdog
Beatrice Bowers
Features Editor
Beatrice Bowers writes about beauty, drinks, and other nice things. When not bound to her keyboard, she moonlights as a Niffler for novels and can be found en route to bankruptcy at your nearest bookstore. Don't tell her boss.
Drinks Beauty