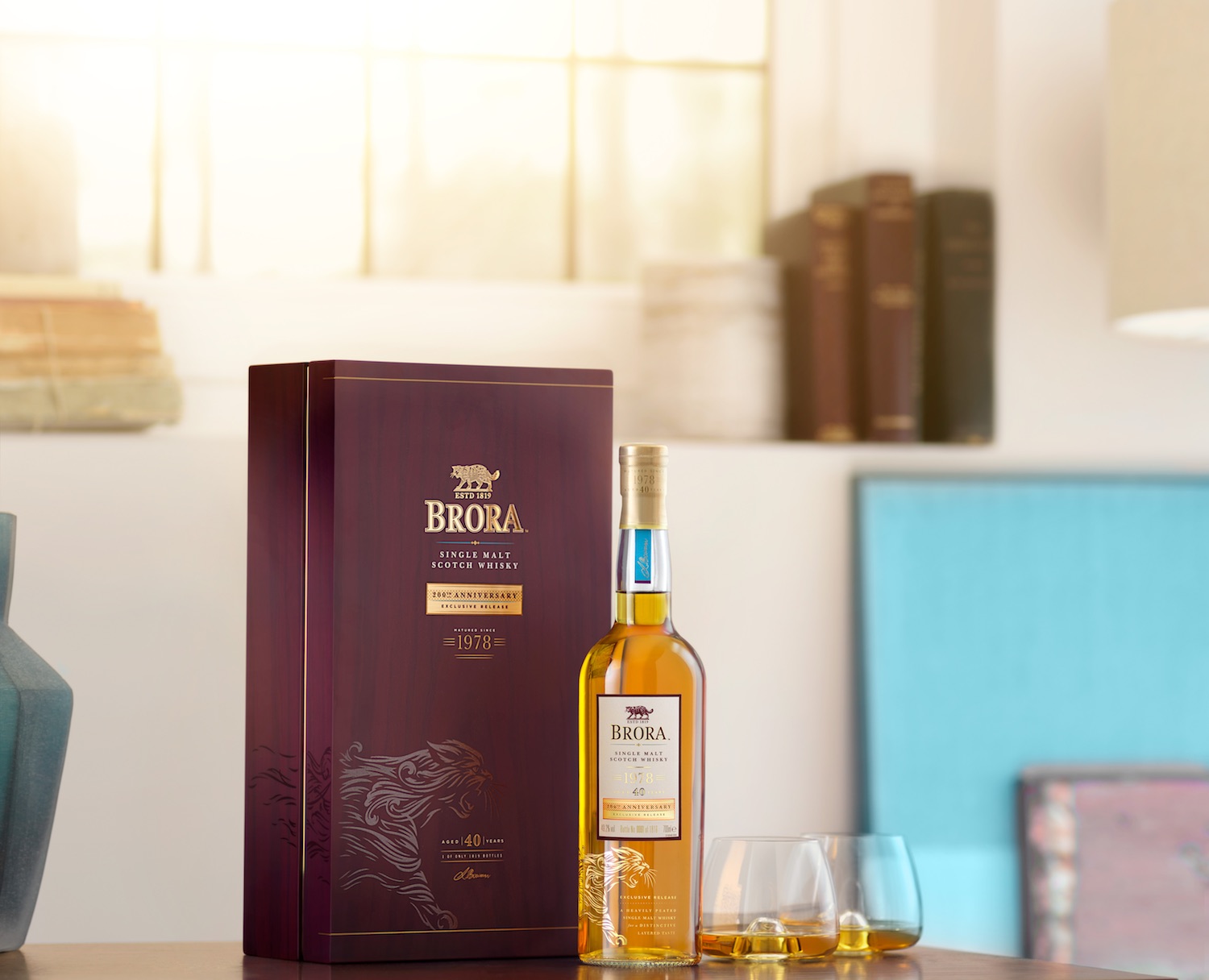 Scotland is home to over a hundred distilleries, yet few names command as much resonance as Brora’s does, even till today. This year, the iconic distillery celebrates its bicentennial (quite coincidentally with Singapore), and what better way to throw a party than with a limited edition bottling – the Brora 40-Year-Old: 200th Anniversary Limited Edition.

It’s also the perfect way to herald its reopening in 2020. Brora has been a ghost distillery for 36 years now after closing its doors in 1983. Nestled in the windswept Sutherland coast in North East Scotland, the distillery has been responsible for some of the most exceptional single malts ever created. Two centuries later, the label continues to impress, drawing from one dozen American oak hogshead casks from 1978 to produce 1,819 bottles — a tribute to the year the distillery opened and a rare glimpse into Brora’s finest years. These final casks are seminal in telling its tale, and over the years have developed an extraordinarily rich complexity.

“Of all the stories of Brora, there is one that seemed particularly fitting to tell on its 200th Anniversary. From 1969-83, there was a new experimentation phase in production and the Brora distillers created a smoky malt used heavily-peated Northern Highland barley. Used primarily in blends at the time, the few casks that are left from this Age of Peat, matured remarkably well and what remains is a multi-layered and complex Single Malt of astonishing quality. Little did the craftsmen at the time know, they had created a masterpiece. It is emblematic of the varied past of the distillery that makes it so special to all that know it: a humble story of experimentation, craft and happy coincidence,” he explained.

Presented in a deep burgundy velvet display case, the bottle – adorned with the Brora emblem of the Scottish Wild Cat, the crest of the distillery’s founder, the Duke of Sutherland – is a collector’s dream. It’ll be the first commercial release from Brora since the 2017 Special Releases and will be exclusively available at Diageo Rare & Exceptional at the retail price of S$6,700.

Drinks Scotch Whisky Diageo Brora
Shatricia Nair
Managing Editor
Shatricia Nair is a motoring, watches, and wellness writer who is perpetually knee-deep in the world of V8s, tourbillons, and the latest fitness trends. She is fuelled by peanut butter and three cups of coffee a day.
Motoring Wellness Watches Beauty Style

Fresh local beers, a 39-year-old whisky and NFT wines are your new drinks this December