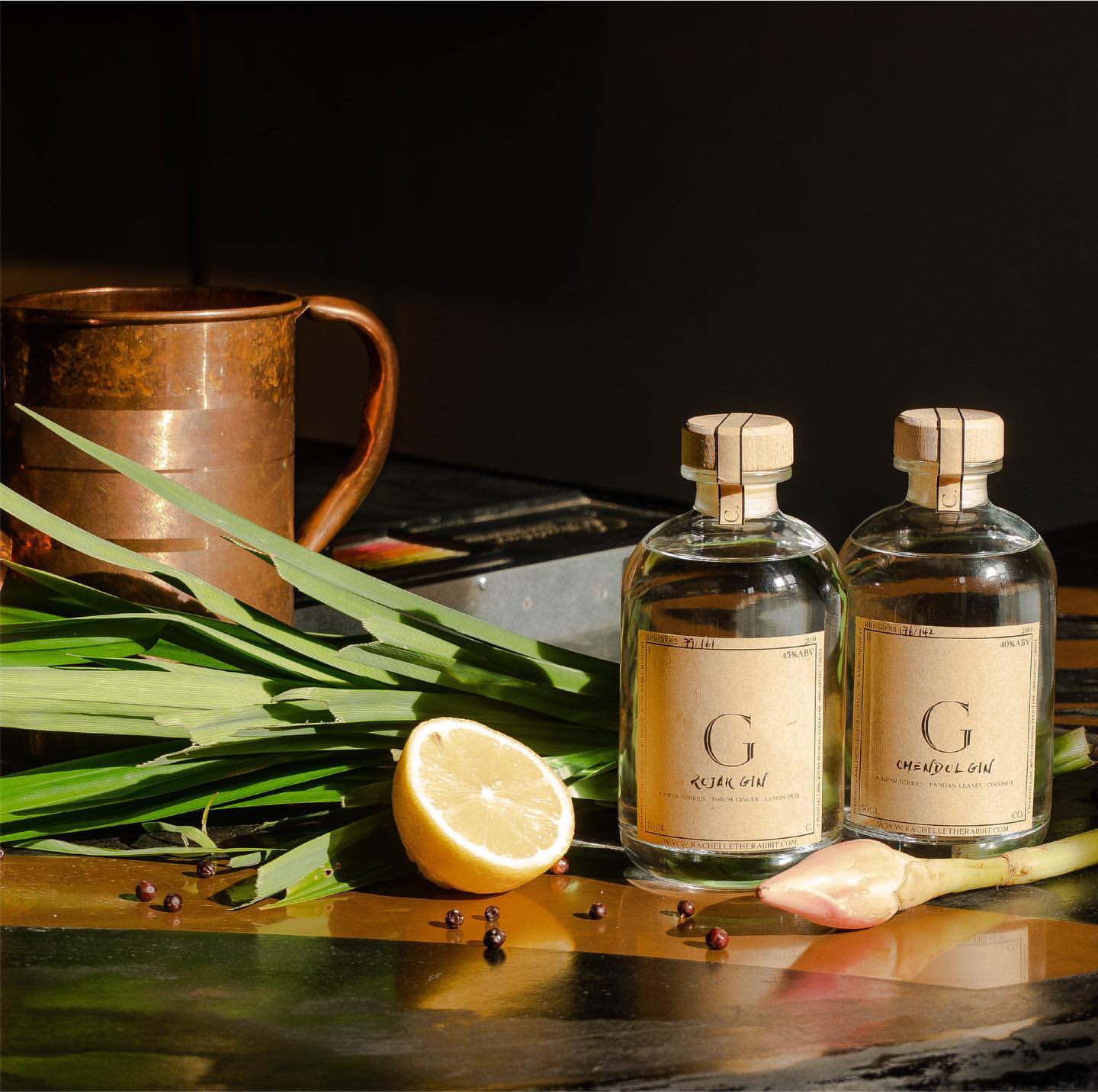 There’s no denying that our city officially has a gin industry of its own. It may be small, but the expressions created from our resident distillers remain uniquely local in composition — Tanglin Gin’s signature gin is distilled with a type of orchid, nodding to our national flower, as the main element, while Brass Lion Distillery makes a Singapore Dry Gin with 22 different Asian botanicals to mirror our diverse landscape. A new entrant to the budding national gin scene is Compendium, a distillery that recently debuted with two variants of gin that scream Singapore: the Chendol Gin and the Rojak Gin.

To design a spirit’s flavours after beloved hawker fare takes serious courage, given how riled up Singaporeans can get when national dishes get reinvented to unfamiliar ends. Compendium’s interpretations, however, are simultaneously true to the taste of the snacks they embody and curious enough to get your brain whirling in response to each sip. If we could best describe the experience of tasting the Chendol Gin and Rojak Gin for the first time, it’d be that feeling of awe you get when you take a sip of those bottles of clarified coffee and ice lemon tea from Japan. You know exactly what we’re talking about.

Past the mind boggle, the fact that the gins taste remarkably like their solid counterparts despite Compendium’s use of minimal ingredients to achieve creation begs to be reckoned with.

The Chendol Gin is composed with a base spirit made from fermented gula melaka instead of cereal grains, as one would expect from gin. This palm sugar liquor is then redistilled with pandan leaves, juniper berries and coconut to give drinkers what essentially is a crystalline version of chendol with an ABV tag. Take a whiff before a sip of the sweet spirit neat and you’ll immediately smell pandan and coconut, while a sip sees those notes cradled by a syrupy layer of gula melaka.

It’s understandable why Chendol Gin would be easier to appreciate, given Southeast Asia’s longstanding heritage of fermenting coconut to get arrack and palm wine. Rojak Gin, on the other hand, seemed like the boozy equivalent of the Wild West, so we approached with caution.

On the nose, the Rojak Gin triggers nostalgia because it smells exactly like Coca-Cola flavoured lollipops (an oddly specific and slightly bizarre observation, yes, but try it and you’ll see what we mean). Take a mouthful, and you immediately get tinges reminiscent of the sweet and spicy salad, mostly thanks to the use of torch ginger as a key botanical. The Rojak Gin is also beautifully silky and rounded, an attribute that owes itself to distilled mead being the base spirit.

Though the concept of chendol and rojak gins could have fallen prey to gimmick, Compendium’s masterfully minimal approach to making these spirits makes the duo an intriguing debut for what could be Singapore’s most inventive distillery yet.

compendium gin rachelle the rabbit distilleries in singapore
Beatrice Bowers
Features Editor
Beatrice Bowers writes about beauty, drinks, and other nice things. When not bound to her keyboard, she moonlights as a Niffler for novels and can be found en route to bankruptcy at your nearest bookstore. Don't tell her boss.
Drinks Beauty