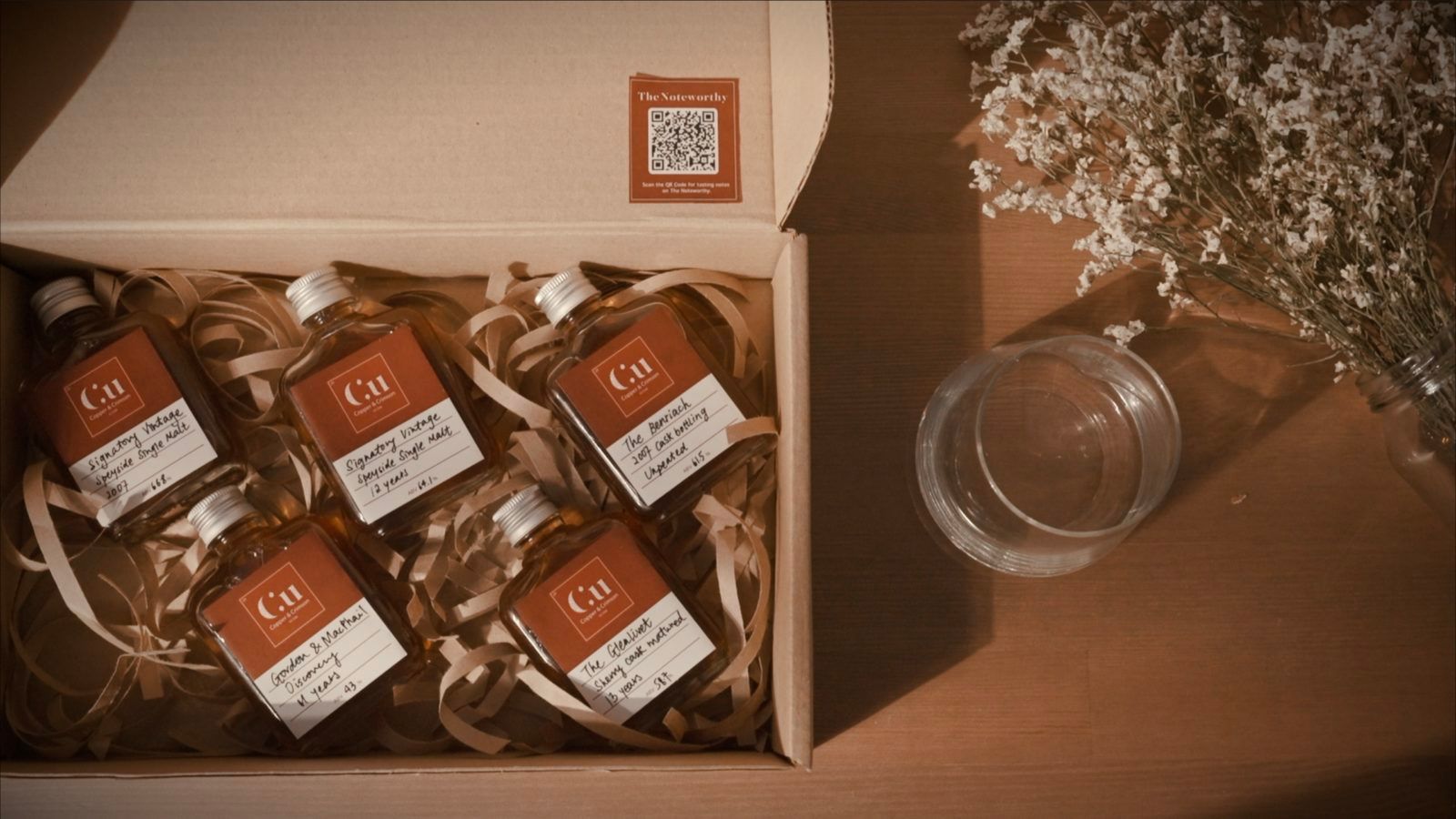 Rare whiskies are increasingly becoming the sole realm of the wealthy, but a new Singapore brand is trying to democratise them by offering flights of precious drams at reasonable prices.

Launched late last year, Copper & Crimson rebottles highly exclusive single malt Scotches into smaller packages, and turns them into gift sets at about the cost of one full-priced bottle.

Each set contains up to five styles and showcases a particular theme. For instance, the debut Trailblazers: Flight of Feat #1 features five single malts that made their mark in the whisky world. Four of them are limited editions from The Glenlivet, the first legal distillery in Scotland after the Excise Act of 1823, and the last is a Gordon & MacPhail bottling of an 11-year-old Bunnahabhain, a maverick from the Islay region that doesn’t produce peated whisky.

The Benriach, Flight of Feat #3 set is a chance to compare various whiskies from the Speyside distillery. It includes two 21-year-olds each matured in four different barrels, and a 12-year-old 2008 vintage drawn from a single cask. A couple of 22-year-old peated whiskies round out the offering – a rarity from the region – with one taken from a sole oloroso sherry cask.

We tried the Trailblazer set, and it was a revelation to see how whiskies could be so different despite all being matured in sherry casks and bottled around the same age. One example was flushed with aromas of raisins, while another layered coffee and caramel over dried figs. A QR code on the box provided more information on the drinks.

All sets come in either 60- or 80-millilitre bottles, and are priced between S$160 and S$220. As a comparison, a bottle of Signatory Vintage The Glenlivet 12 Years Old from the Trailblazer set costs around S$200 – if you can even find one for sale.

Prices include taxes and delivery to one destination. Sets can also be customised according to tastes and budgets.

Drinks Whisky
Jethro Kang
Jethro enjoys wine, biking, and climbing, and he's terrible at all three. In between them, he drinks commercial lagers and eats dumplings.
Sign up for our newsletters to have the latest stories delivered straight to your inbox every week.