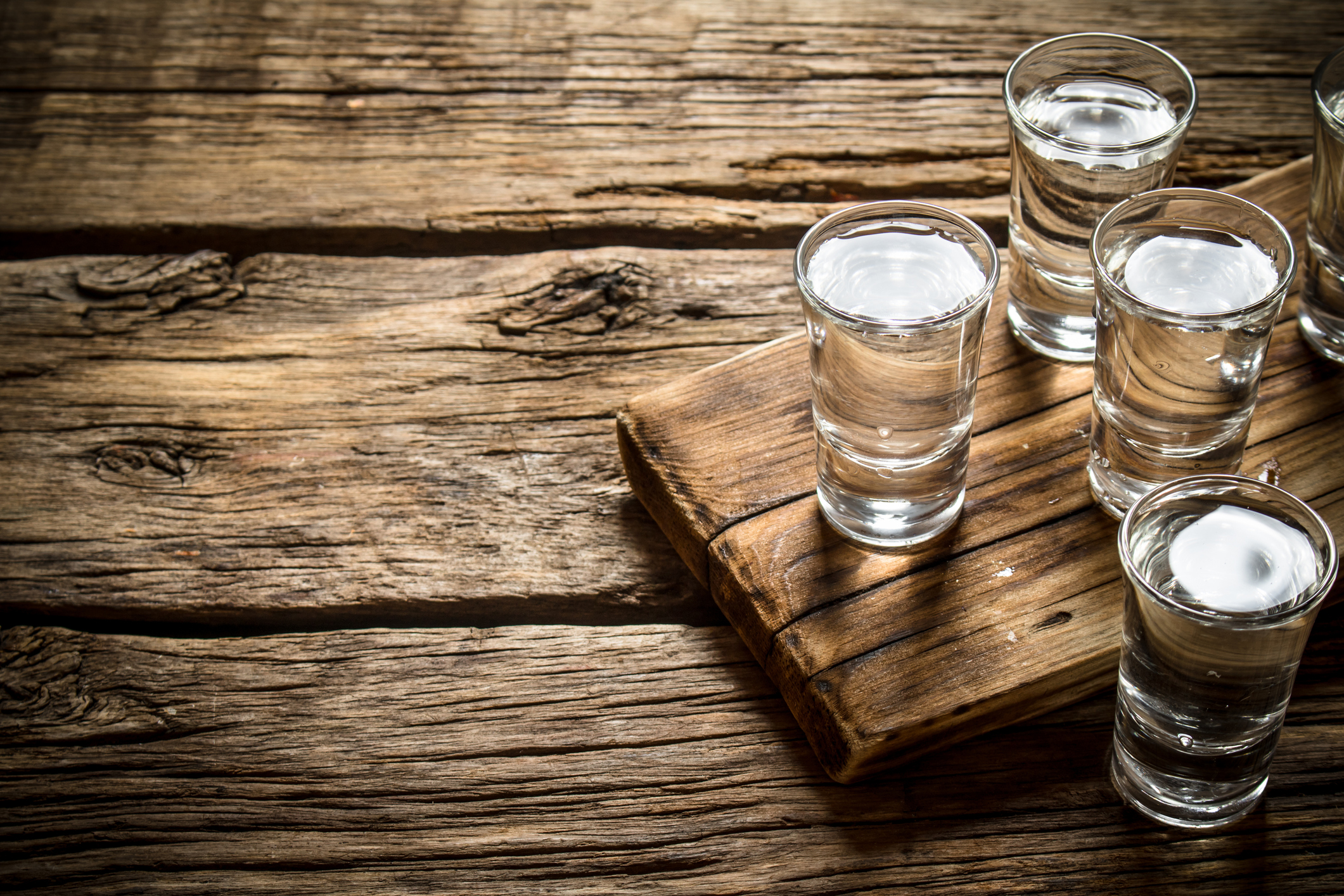 Why it is time you learn to appreciate vodka

Vodka. That word alone is enough to conjure up bile in the throat of anyone who has allowed a night to whizz past on a mix of vodka and cranberry juice, or one too many shots of the hard stuff neat. The transparent liquidator often tastes like a twin to paint thinner and is best enjoyed with a generous pour of a mixer. Its dirt-poor reputation used to be only second to tequila’s, but since agave spirits climbed up to the craft liquor domain in 2017, vodka has been left alone in the flavourless depths.

One thing vodka has that its Mexican peer does not is a paradoxical popularity. Think of it as the alcoholic version of The Notebook — everyone loves to hate it, but for better or worse, it remains one of the most popular touchstones of the 21st century.

Vodka — the most popular spirit in the world

The numbers do not lie either. According to international market intelligence provider, Euromonitor, vodka sales climbed a significant 4.46 percent in 2017, totalling US$67.49 billion (S$89.88 billion). It remained the unchallenged leader in the US spirits market that year and also rocketed its way to the top in the UK. This ascension may be confusing to sybarites fond of fine Scotches and boutique gins, but the resolute demand for vodka across the world is easily reasoned if one cares to look.

With mass advertising, vodka has cultivated an image associated with sex, parties, and the ribald recesses of nightlife. This covetable, accessible identity draws leagues to purchase it when at the clubs or at a party when the primary goal is to get smashed. Mass-marketed vodka does not aspire to the refinement of whisky, and it is fully comfortable making that known.

Vodka, when doused in sugary juice and ice, is easy to drink in the way that a can of Coca-Cola or Sprite can be downed without thought. To the average palate, the absence of any defining taste in vodka is its virtue. The neutral grain spirit lives up to the anodyne quality it promises. There is no need to tease out its bouquet or chew a mouthful to unpick its notes. Even if you do, the most you might get is seared by the sharpness of ethanol — a con easily remedied with fruit juice or an energy drink, if one is truly on a quest for amnesia.

You could argue that flavoured vodka exists too, and that has a distinguishable “taste”, but be honest with yourself — the promised fruit slapped on the label is a myth. The end product always tastes like a chemical blend designed to clean bathrooms and does little to alleviate the one-dimensional profile of vodka.

The crusade to change vodka’s reputation

Currently, opinions about vodka are a tripartite split. You have a thimble-sized community of enthusiasts (the size of which significantly enlarges if we include Eastern European countries and Russia, where vodka is drunk, but that is a different story), a wider population who drink it without much care for provenance or the science behind it, and a substantial group of alcohol-literate drinkers who refuse to touch certain brands of the tincture with a ten foot pole.

In order for vodka to receive an image overhaul, its producers must turn to tequila’s success story for inspiration. Tequila redefined itself because craft variations of the Guadalajaran nectar were spotlighted, thanks to the tireless promotional efforts by bartenders, its makers, and the media. These forces combined to seduce the casual drinking masses towards the big, shiny agave orb by educating them about tequila’s complexities, and with understanding comes adoption. Fast forward to today, and you find people requesting for a dram of añejo tequila, an unthinkable plight five years ago.

Vodka needs to follow the same model, and sheathe its sullied skin for a more cultured veneer. In order to do that, both craft and colossal distillers are trying to make the spirit synonymous with terroir, and voicing out their own brand of the gospel truth: That vodka, made well, can drink like liquid crystal — free of a burn due to multiple and careful rounds of distillation, with discernible notes of vanilla and grain.

Ask someone to place vodka on the world map, and the pin will drop on Russia. Public perceptions of the motherland have rendered it an exclusively vodka-drinking continent, but the libation only grew roots there in the 14th century.

Though its genesis is foggy, as with any liquor, there is evidence vodka truly began in Poland, in the Middle Ages, where it was known as gorzałka. The historical gravitas of Polish vodka has been recognised by the European government, leading to its attainment of appellation status in 2006 — a proud moment as Poland’s farmers and producers were championing the cause for a long time.

The protective law was further narrowed in 2013, which mandates that Polish vodka is only allowed to be made with native grains, water, and have no additional additives. This tight control is rare in a category defined by a lack of regulation, and these rules forced alcohol giants in the nation to readjust their production and marketing efforts.

Belvedere’s Single Estate Rye Series was an excellent adaptive feat. Released in October 2017, the Polish powerhouse released two expressions that took the redefinition of vodka (or wódka, as the Poles say) to its zenith. Named Smogóry Forest and Lake Bartężek, these sleek bottles contained rye vodkas that told tales about the flavoured nuances when the same ingredient — Dankowskie Diamond rye — is grown on different territories, then distilled.

Smogóry Forest and Lake Bartężek exemplify how locality can transform vodka. Instead of the acetic burn chased by the blandness that we have come to expect from prosaic versions of the hooch, Belvedere’s duo had a smooth texture beyond compare, with layers of honey and pepper making themselves apparent on the tongue. It is a vodka designed to be drunk neat — not as a shot either.

This Belvedere Single Estate Rye series is revolutionary because the brand is a huge player in the spirits market, but it is not a novel enterprise. In fact, the campaign to ground vodka in terroir has been around since the early 2010s, in countries far removed from the Scandinavian and Eastern European vodka belt, by boutique distillers that shouldered the need to break prejudices.

Because of the prevalence of potato crops in the UK, the continent proves a thriving ecosystem for small-scale vodka distilleries. Chase Distillery is one of its most notable.

Founded on a Herefordshire farm, its owner, William Chase, is more famously known as the former owner of Tyrell’s crisps. After he sold the chip brand, he created Chase Vodka, which anchors itself in a seed-to-bottle philosophy.

That dedication to sourcing ingredients from a single farm estate resulted in an uncompromising quality that led to Chase’s win of World’s Best Vodka at the celebrated San Francisco World Spirits Competition in 2010.

Over in Scotland, Arbikie in Arbroath is making a name for itself in a land defined by whisky. In 2014, the estate launched its own distillery, with a mission to create a vodka with potatoes and wheat farmed from its own fields.  Now, Arbikie has three permanent expressions in its vodka range: The Haar wheat vodka, its multi-award winning potato vodka, and the Smoky Chilli vodka.

Its dedication to using only regional produce in its spirits includes the flavourings that make its curious chilli potion. Chipotles from Scotland’s first chilli farm, Chillilicious, are soaked in the flagship potato vodka until the right level of fire is achieved. Arbikie’s success, including being named Best Vodka at the Spirits Innovation Awards in 2015, formed one of the many small waves that made the world’s liquor elitists sit up and pay attention to a nascent craft vodka industry.

The main hub of such distilleries is found in North America, which is unsurprising, given the adoration for vodka there. Like the UK, potatoes are the base for most of the vodkas there, with those from Idaho as a preference. Some small-batch producers have chosen to swing from the left field and create mashes from Californian sweet potatoes, North Dakotan rye, and corn. Each of these brings a unique character to the liquor, be it caramel, sweet corn, or toasted grain.

By no means do any of these efforts attempt to make vodka encroach on whisky’s domain, but it is the year where small names are battling to reconceive the category as one that can be acclaimed on its own terms. It is time to give vodka the chance it deserves.