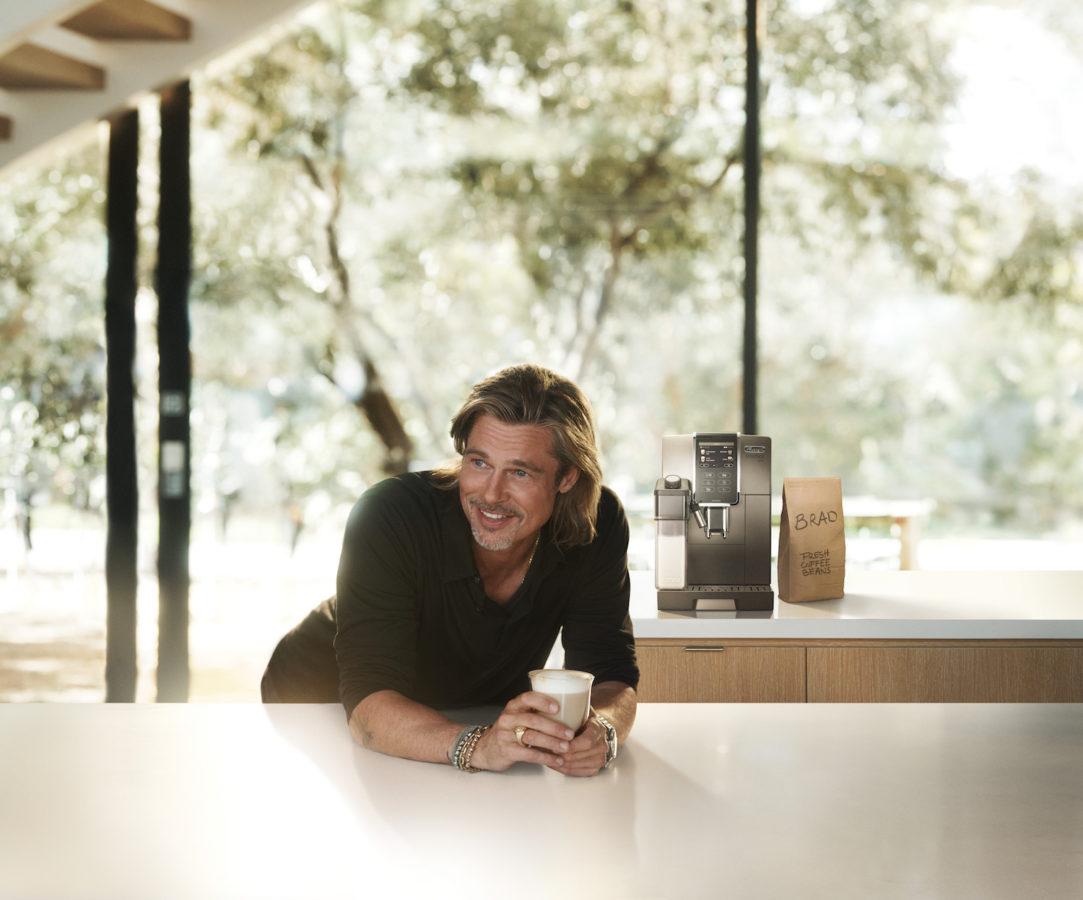 In the video you’re about to see, Brad Pitt is putting on a bronze-hued helmet and starting his motorcycle. He rides out of a swanky driveway onto the road, then cruises along a gorgeous coastline. Where is he going? Is this a movie trailer?

It isn’t. The gorgeous short, titled “Perfetto”,, is Italian brand De’Longhi’s first global campaign, starring the dashing award-winning actor and producer. It follows Pitt as he begins the day with an errand run, picking up coffee beans from a café, then stopping at a garage and gas station before riding home to make a fresh cup of coffee – of course, with the De’Longhi Dinamica Plus Automatic Coffee Machine.

De’Longhi’s Dinamica Plus is one sexy machine, so it’s felicitous to engage one of the sexiest men alive as the brand’s ambassador. Pitt and De’Longhi are also both masters in their industries, known for pushing the envelope of their respective expertise. You can say that the incredible Brad Pitt can make anything look good, but that Hollywood magic in the minute-long Perfetto is credited to a top-notch production crew just as lauded as its leading man.

As the film so beautifully captured, all it takes for a Brad Pitt-worthy brew from bean to cup is just one touch on the De’Longhi Dinamica Plus. Its conical burr steel grinders provide various grinding levels to achieve the best flavours and aroma. Coffee grounds are deposited in the brewing unit through a tubeless technology to eliminate contamination of subsequent coffee grounds, ensuring freshness every time.

With its state-of-the-art LatteCrema system for the perfect ratio of milk, steam and air, precise temperature control as well as consistent dosage of pressure and water flow, the sleek and sophisticated coffee maker promises brew after brew to your exacting standards effortlessly, so you enjoy your morning joe as relaxed as Pitt in his one-minute feature.

The De’Longhi Dinamica Plus is available for purchase via its e-shop, but the Italian brand has more in store for coffee lovers. Get access to coffee tips, workshops, coffee taste quizzes and more at its virtual lounge at www.theprimadonnalife.com.