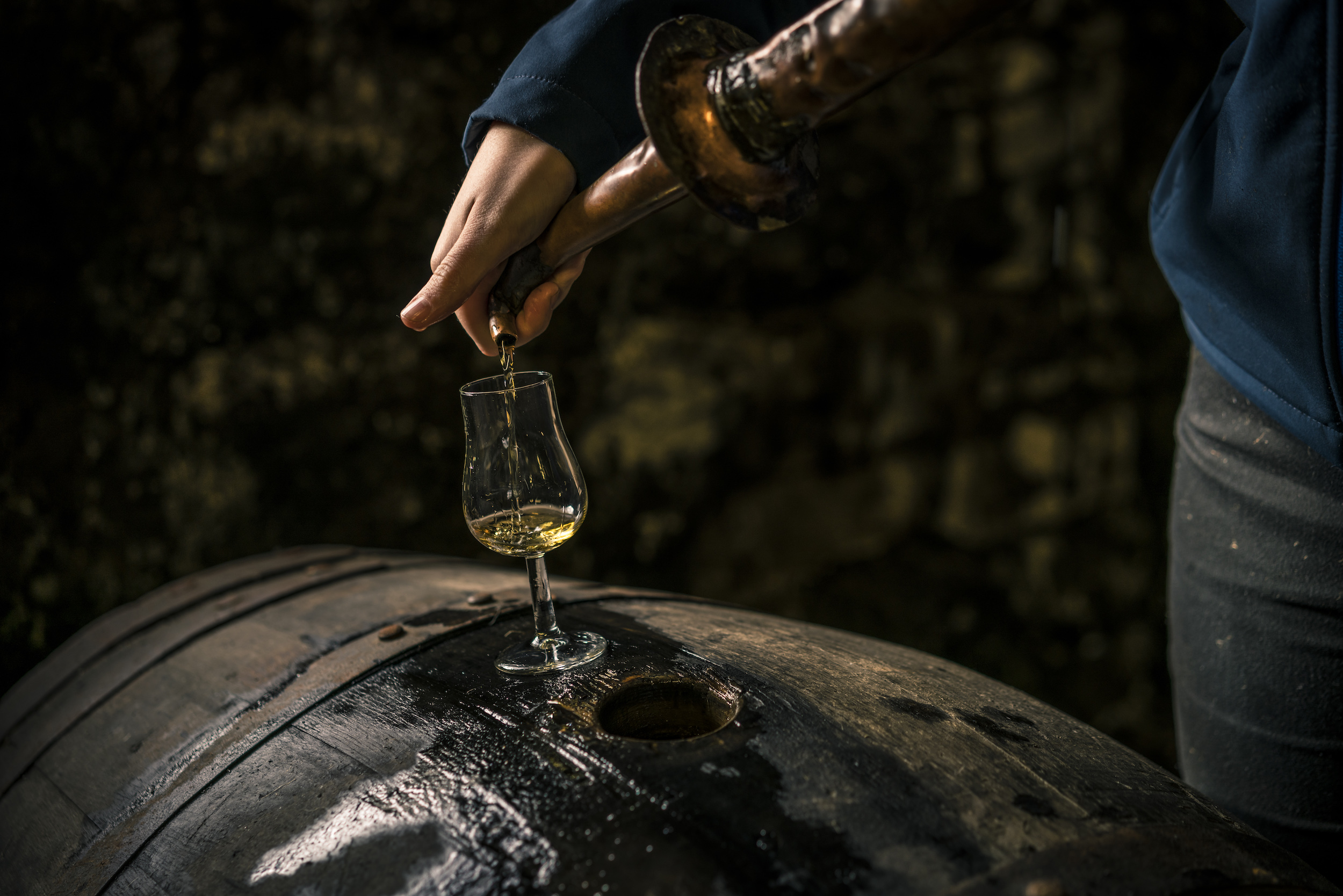 In a move that can only cement the rising popularity of baijiu, spirits giant Diageo and China’s Yanghe, a baijiu distillery have announced a new partnership to create an “east meets west” whisky. Zhong Shi Ji is a new-to-world whisky that has been crafted by master blenders and distillers from both Scotland and China.

While there is not a drop of baijiu inside this whisky, it is the craftsmanship of the Chinese white spirit that has been utilised in the process of making the Zhong Shi Ji. In fact, one of the most interesting parts of the whisky-making process includes maturing the spirit in Chinese ceramic pots instead of, traditionally, wooden casks. We won’t know what sort of flavour the ceramic pots will impart to the spirit, but Diageo and China’s Yanghe has promised that the Zhong Shi Ji is full-flavoured and exceptionally smooth. Both Diageo Scotch Whisky master blender Craig Wallace, and a China Alcoholic Drinks Association’s Chinese Baijiu master Zhou Xinhu have worked together to add each of their expertise into Zhong Shi Ji.

Diageo’s venture into the east side only proves that baijiu’s popularity is a force to be reckoned with. True, the international image of the Chinese white spirit is mostly associated with an impossible ABV — 40-60 per cent — and drunken businessmen. However, the drink is actually a cultural one, often a mainstay in many celebratory events in China. Baijiu is slowly easing its way into the Western culture, with brands such as Penfold’s debuting the Penfold’s Lot 518, a shiraz fortified with baijiu. And now, Diageo is getting a slice of that pie.

“Diageo has long regarded China as one of the world’s most important emerging markets for whisky,” said Diageo Greater China Managing Director, C.H. Chu. “We believe that Zhong Shi Ji can play an important role in the Chinese dining occasion, launching a new era for whisky drinkers in China.”

Vice President of Yanghe, Zhu Wei adds on, “I firmly believe Zhong Shi Ji will quickly become Chinese consumers’ new favourite, with its ultra-smooth taste and superior quality, created through unique processes and craftsmanship from both China and the West.”

Scotch Whisky Whisky Diageo baijiu yanghe distillery
PohNee Chin
Editor, Kuala Lumpur
Poh Nee is the editor and writes about travel and drinks. When she's not living out her holiday dreams via Google Earth and sipping on an Old Fashioned down at the local bars, you can find her snug at home bingeing on Netflix and mystery fiction.
Travel Drinks