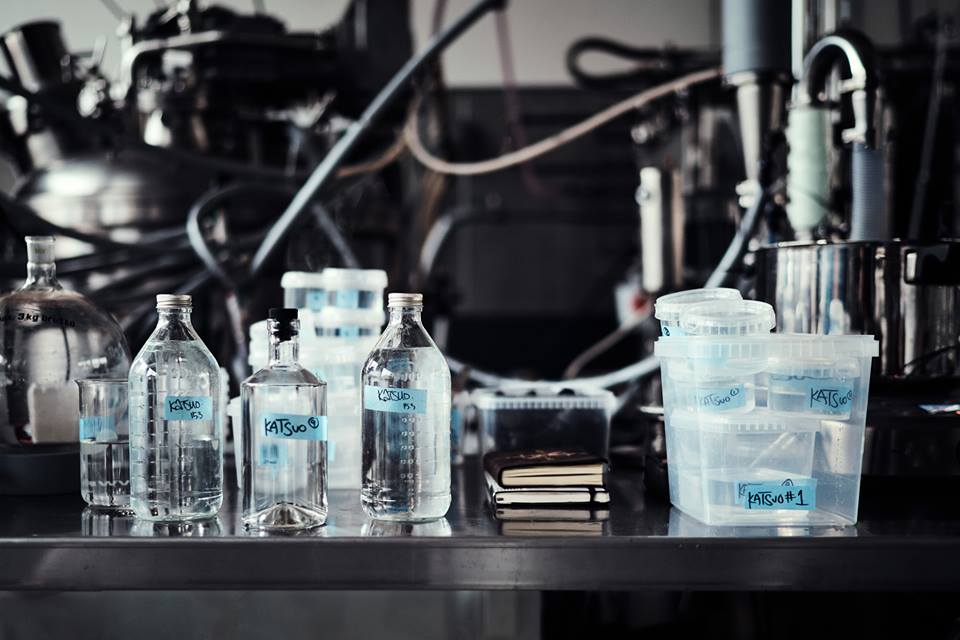 Empirical Spirits is not just another distillery. The Copenhagen-based spirit makers have been lauded for defying categories since its debut, making not gin, not vodka, not whisky, but what they call “flavours” that come with a potent ABV percentage. To dub Empirical Spirits as merely category-defying, however, seems reductive. With releases that blend Lebanese cherry stems and corn husk kombucha to an expression named (rightfully so, too) “F*ck Trump and His Stupid F*cking Wall”, the brand itself is proudly defiant in a way practically unheard of in our part of the globe, until now.

Local distributors Temple Cellars have brought in Empirical Spirits for retail, but before you head down to its bar to nab yourself a sample, here’s a necessary dossier on exactly who and what Empirical Spirits is.

Established in 2017 by two alumni from René Redzepi’s Noma, Mark Emil Hermansen and Lars Williams, the distillery was founded because both Williams and Hermansen were highly inspired by “the role flavour plays in our ability to create and transport experiences”. The duo did not want to replicate the spirits that already existed in the market. Instead, they wanted to bottle the intangible — memories, the sense (and scents) of a place, a mood, a present; all these experiences became fodder to create flavours that would challenge both themselves and their drinkers.

Empirical Spirits’ ground zero involved a “maniacal approach”, in their own words, towards distillation. Custom-built equipment, new fermentation techniques, and ingredients sourced from around the world were measures taken towards cementing the brand’s novelty, and still, it was not enough to merely reinvent the tools of the traditional distillation. Empirical Spirits decided to create a base spirit of their own, with cues borrowed from vodka, sake and beer production.

Barley is sourced from local farms, and then koji (the mould spores used in sake production) is grown on the grain before the combination is fermented with Belgian Saison yeast. Then, the mash is distilled at 15 degrees and cut 50 times, dramatically different from traditional distillation, where the temperature typically hits near-boiling, and the eventual distillate is cut just a handful of times.

Various ingredients or components then complete this base to convey the emotive flavour that embodies the final product.

For example, “F*ck Trump and His Stupid F*cking Wall” sees this base enhanced with a habanero vinegar rid of capsaicin, offering an “eye-opening tasting experience” that is more palatable than Trump’s entire political career.

Not all their expressions are as political. Some tend towards romance, like Charlene McGee, which pays homage to the culinary tradition of smoking in Scandinavia. Smoked juniper berries are then macerated and distilled, then the resulting spirit is matured in Oloroso casks to impart a soft woodiness to the aged expression.

These taste-driven experiments made Empirical Spirits a firm favourite amongst top-tier bartenders but the brand has also swiftly found a market beyond industry professionals, going direct to consumer retail. Expect to see Charlene McGee and two other Empirical Spirits bottles, Helena and Fallen Pony at Temple Cellars the next time you visit its store or webshop.

India has been quietly producing some stellar craft gins