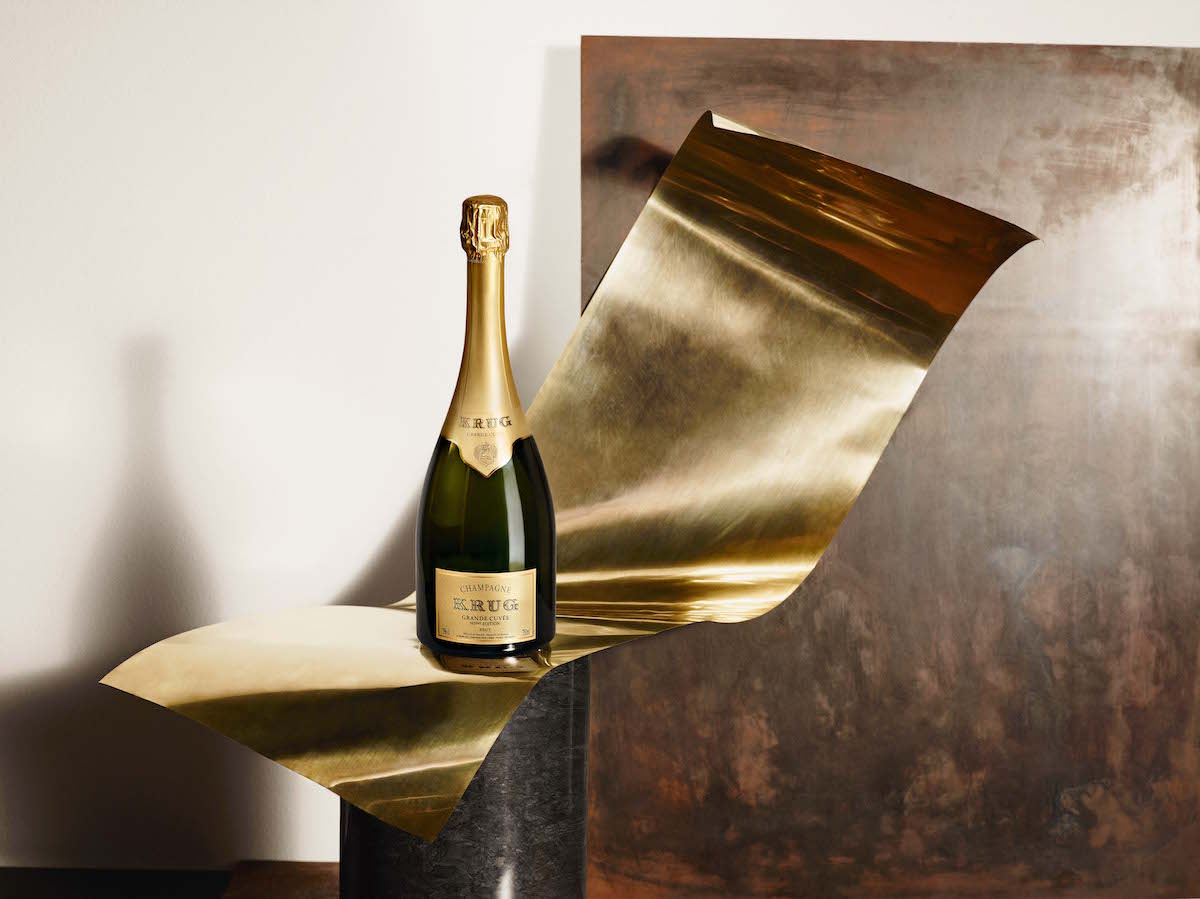 The mushroom is an unassuming ingredient. Earthy, juicy, and variegated in both texture and taste, mushrooms often find themselves relegated as a side to a dish, and rarely the star. At the hands of five of Singapore’s best chefs, however, the mushroom becomes totally transformed.

Here is the task the House of Krug presented to the head chefs of The Song of India, Jaan, Atlas Bar, Hashida Sushi and Tippling Club: Take the mushroom and create a dish around it to pair with a glass of Krug Grand Cuvée. This Mystery Box-style challenge is part of the Krug Culinary Exploration — a gastronomical trail around Singapore that has returned for its third instalment.

Titled “From Forest To Fork”, interested guests can participate in the trail from today to 30 September at any of the participating restaurants. All five have crafted a special tasting menu to be paired with the Grand Cuvée, and patrons can get their hands on a Krug Culinary Passport at the restaurants to get a stamp after tasting each respective dish. There’s an added incentive, as the first five consumers to collect all five stamps can send in their Passport, and receive a magnum bottle of the Grand Cuvée. The first 10 to collect stamps at three of the venues can do the same, and receive a bottle of Grand Cuvée Edition 163. Bookings are welcome in advance.

Here are the dishes on the Krug Culinary Exploration trail. 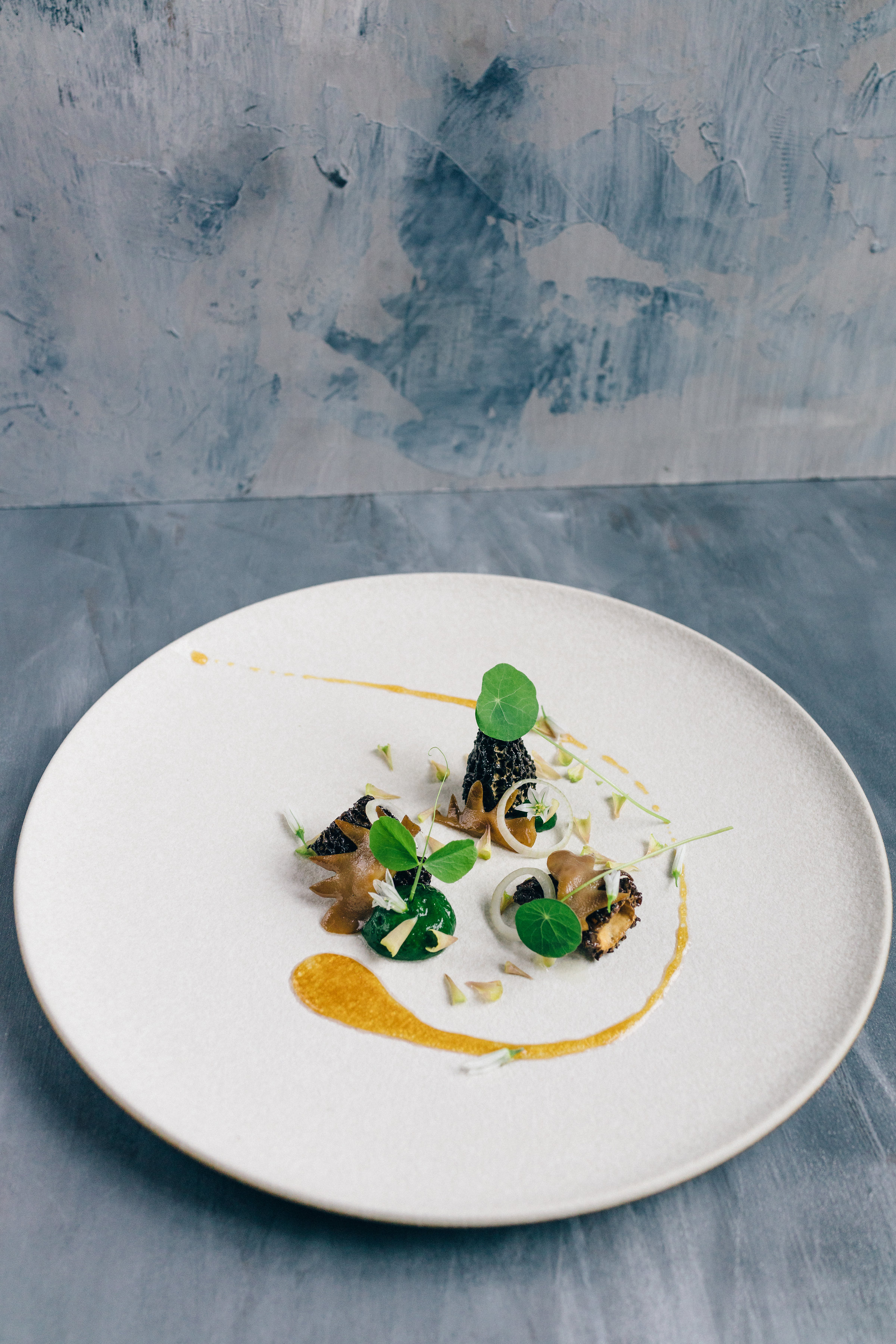 Chef Ryan Clift of Tippling Club presents a dish of foie gras, black truffle, morel mushrooms, wild herbs, and interestingly, confit cock’s comb. It’s a earthy medley, tempered by rich and fresh bursts of flavour to marry with the mushrooms and the depth of the Grand Cuvée. Don’t be put off by the idea of cock’s comb being on the dish, as the oft-discarded part of the chicken tastes a lot like a local favourite — keropok. A six-course tasting menu will be priced at S$260++ per person, with this dish being one of those served. Price includes a glass of Krug Grand Cuvée. 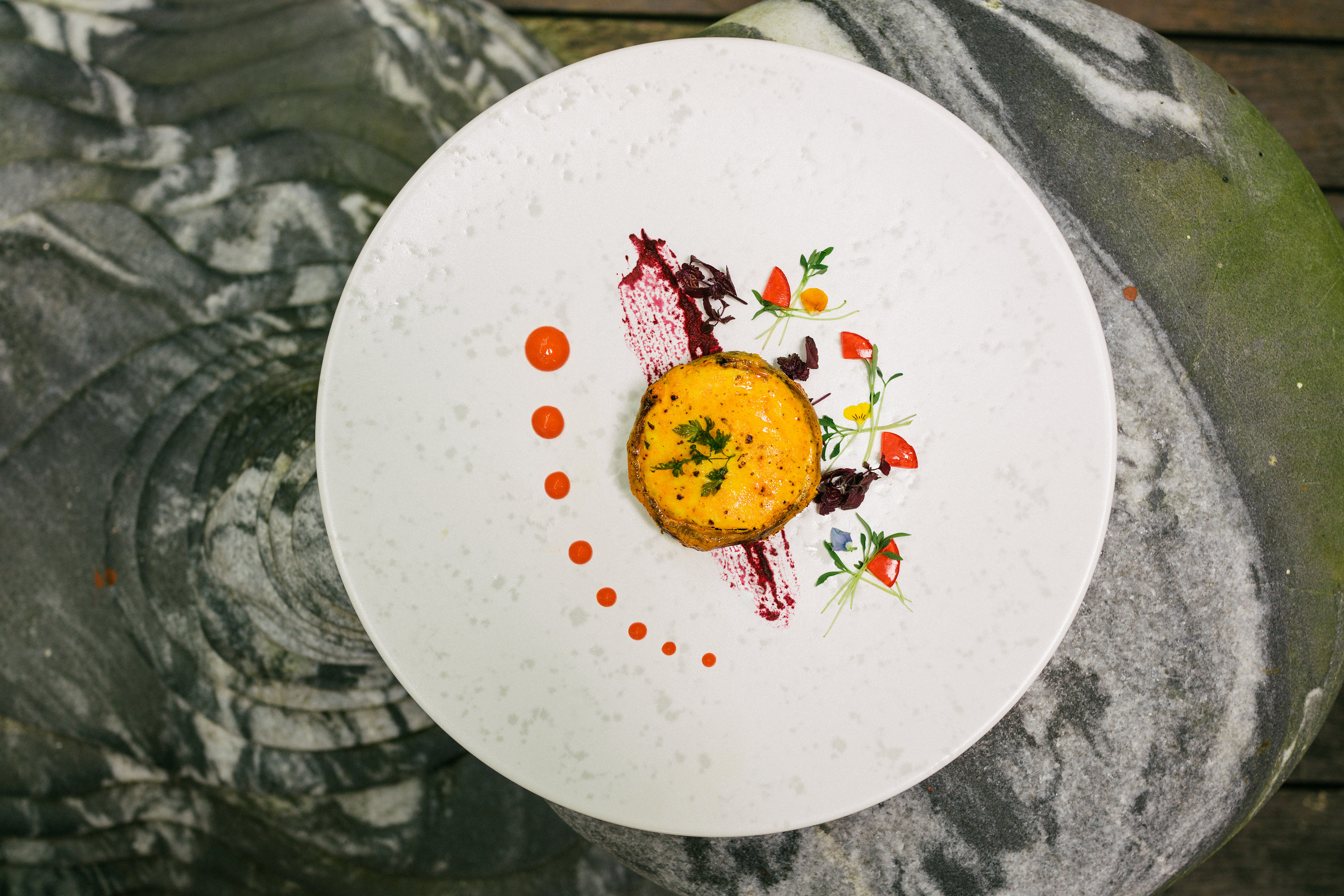 The Song Of India

Indian food and champagne is an unusual pairing, but chef Manjunath Mural managed to create a revelation with his dish, One Portobello. A chargrilled tandoori spiced mushroom is topped with cardamom flavoured Roquefort cheese, and finished with tamarind foam. It’s a bite that’s generous on the spice, but the lightness of the champagne cuts right through it. A platter for two at The Song of India is priced at S$135++. Price includes half a bottle of Krug Grand Cuvée. 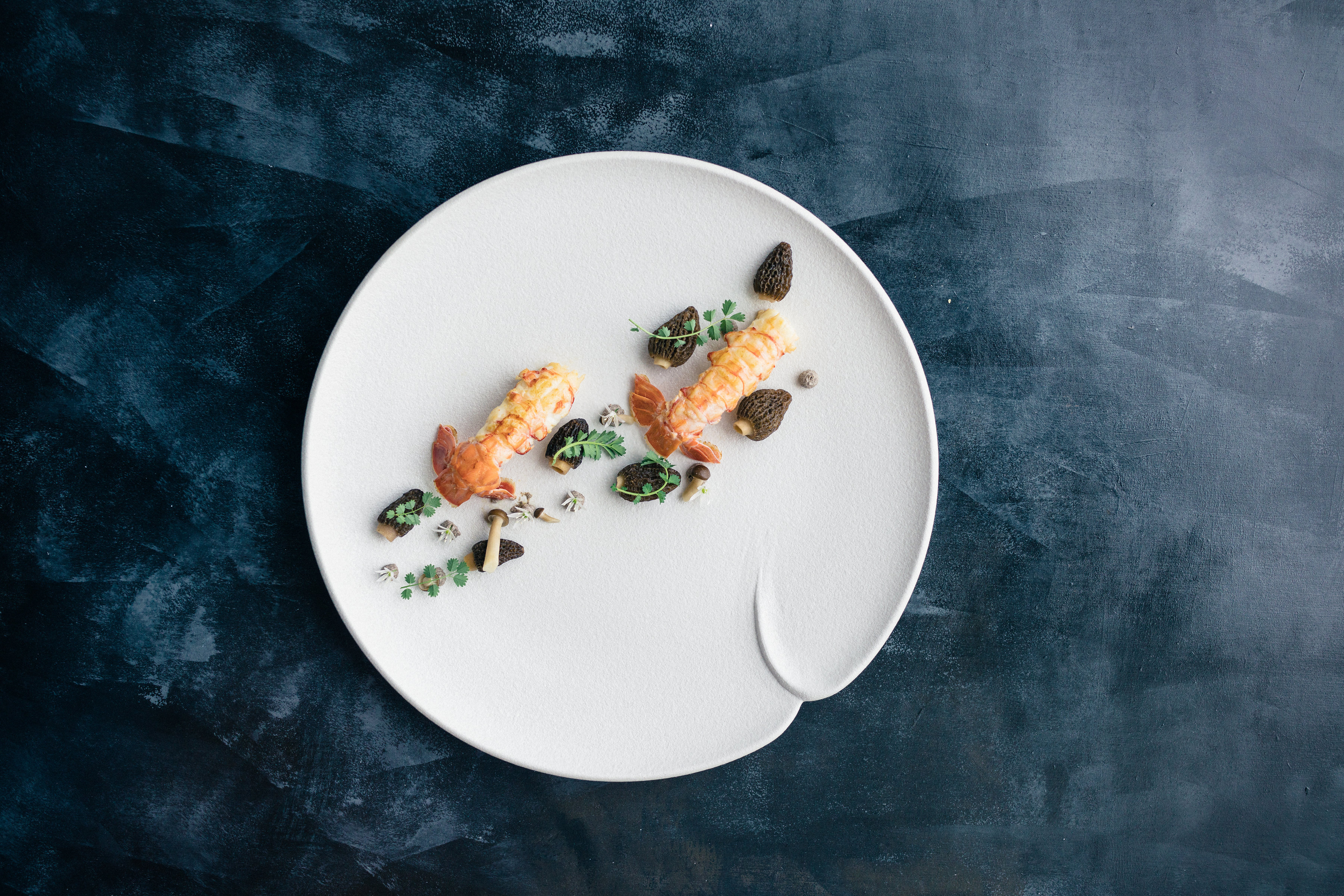 Chef Kirk Westaway of Jaan is passionate about using ingredients in season, so expect the freshest of produce on your plate. Scottish langoustine, shaved truffle, champagne hollandaise and seasonal mushrooms are plated delicately, but packed with robust flavours that marry the richness of soil with the salt of the sea. A six-course menu will be priced at S$450++ per person, with this dish being one of those served. Price includes a pairing with three Krug champagnes. 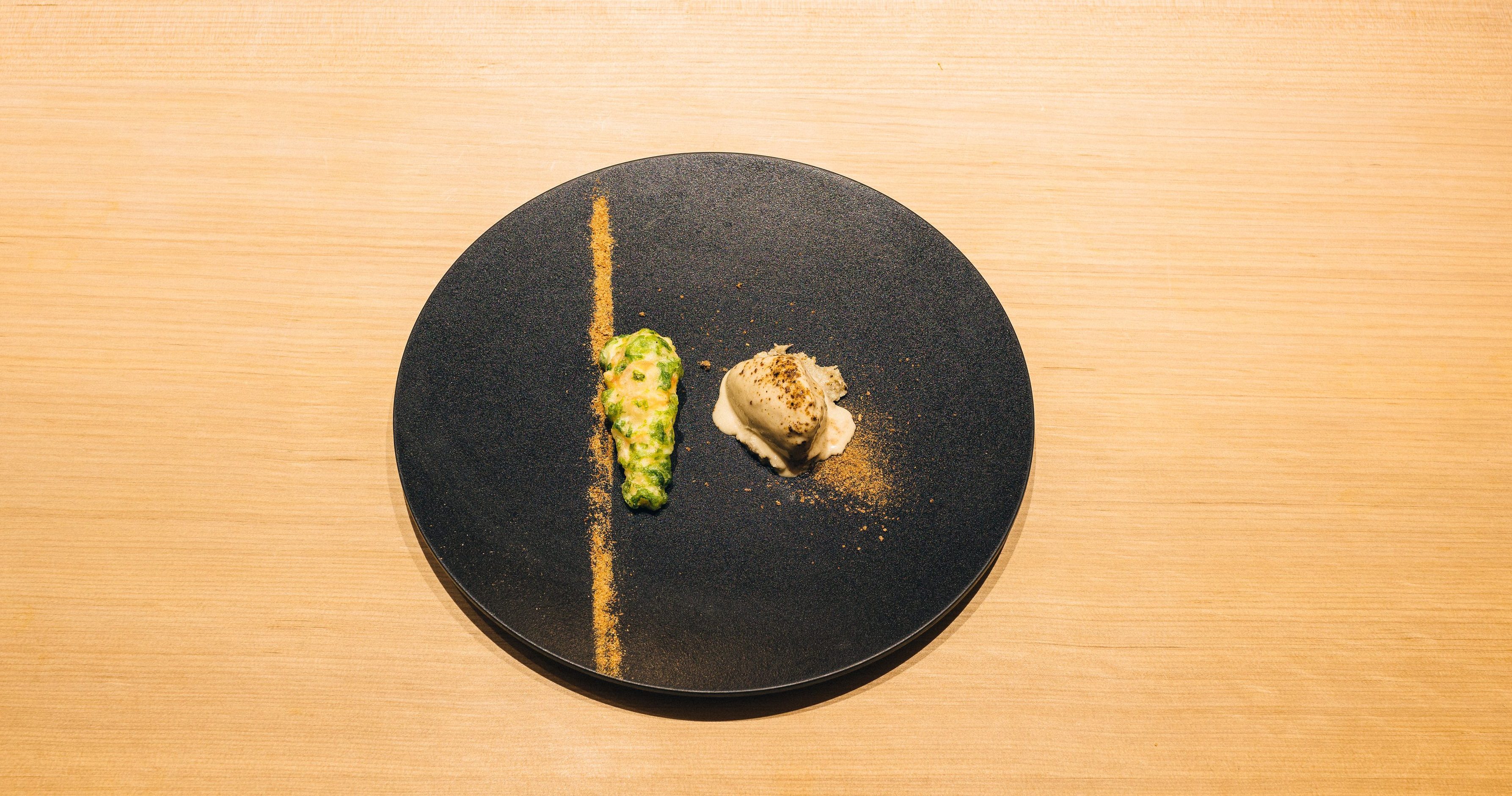 Mushroom is most commonly associated with warm, hearty dishes, but chef Kenjiro “Hatch” Hashida of Hashida Sushi has flipped the association on its head with his invention — shiitake mushroom ice cream. The mushrooms were fermented at 30°C for four days in an oven, and then made into a sorbet-style ice cream to temper the overwhelming pungency of the fungus. The resulting ice cream is brimming with umami, and meant to be eaten alongside vegetable and Potan prawn tempura, dressed with kelp, as well as house-made bonito salt. Truly innovative. An omakase menu with the dish is priced at S$480++ per person, served with a glass of Grand Cuvée. 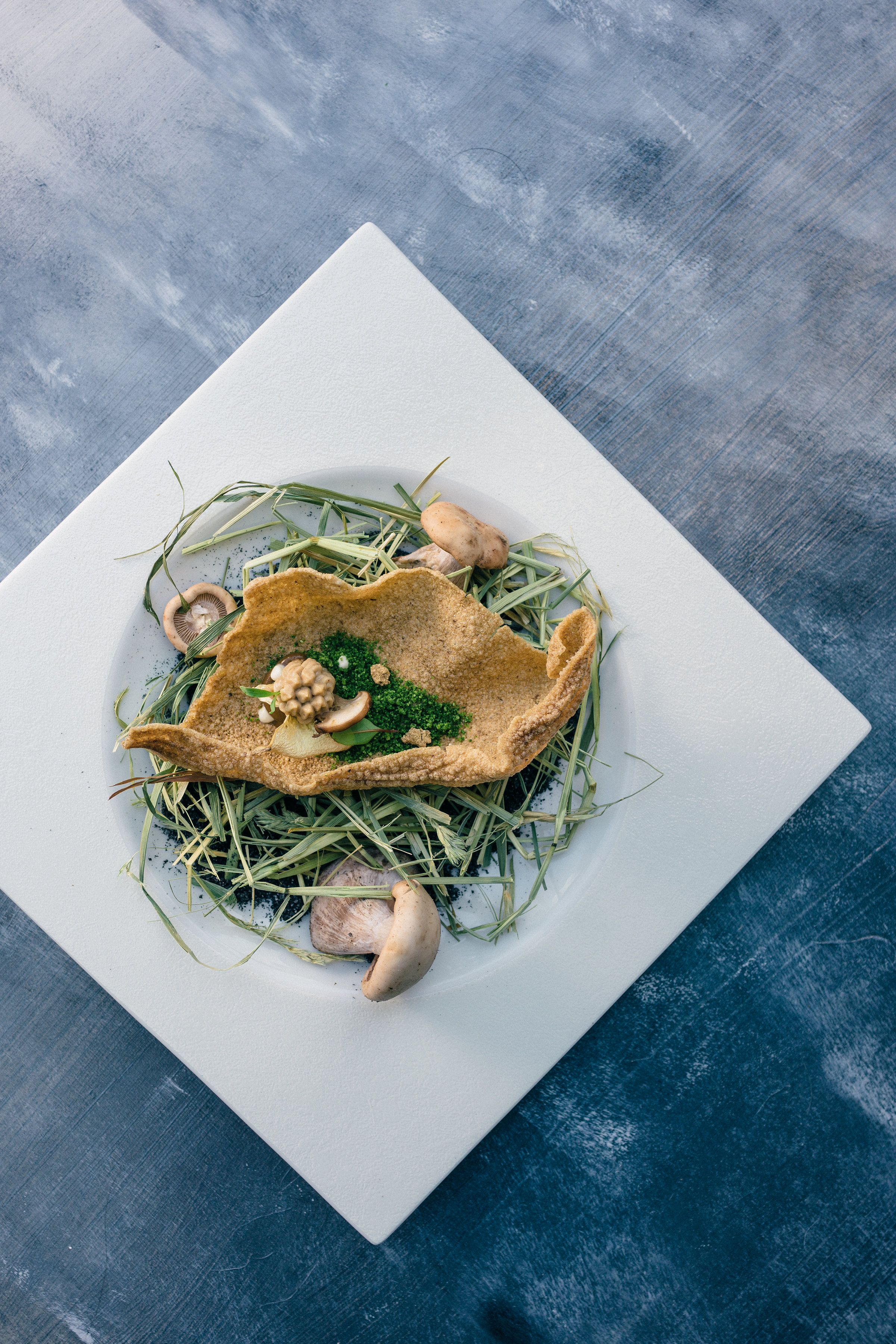 While the other restaurants on the trail focus on full-sized dishes, Chef Daniele Sperindio of Atlas has created a light bite to go with a glass of bubbly. Titled Memorie di Sottobosco, or Life On A Bark, the dish features some of Italy’s finest mushrooms. A glutinous rice bark is topped with a chanterelles and porcini mont blanc, as well as Bluefoot and king oyster mushrooms. It’s the perfect snack to cap off a night with a bottle of Krug. A canapé platter will be served upon a order for a bottle, priced at S$340++.

Atlas Tippling Club JAAN Krug The Song of India house of krug Krug Champagne atlas bar krug culinary exploration from forest to fork culinary trail hashida
Beatrice Bowers
Features Editor
Beatrice Bowers writes about beauty, drinks, and other nice things. When not bound to her keyboard, she moonlights as a Niffler for novels and can be found en route to bankruptcy at your nearest bookstore. Don't tell her boss.
Drinks Beauty