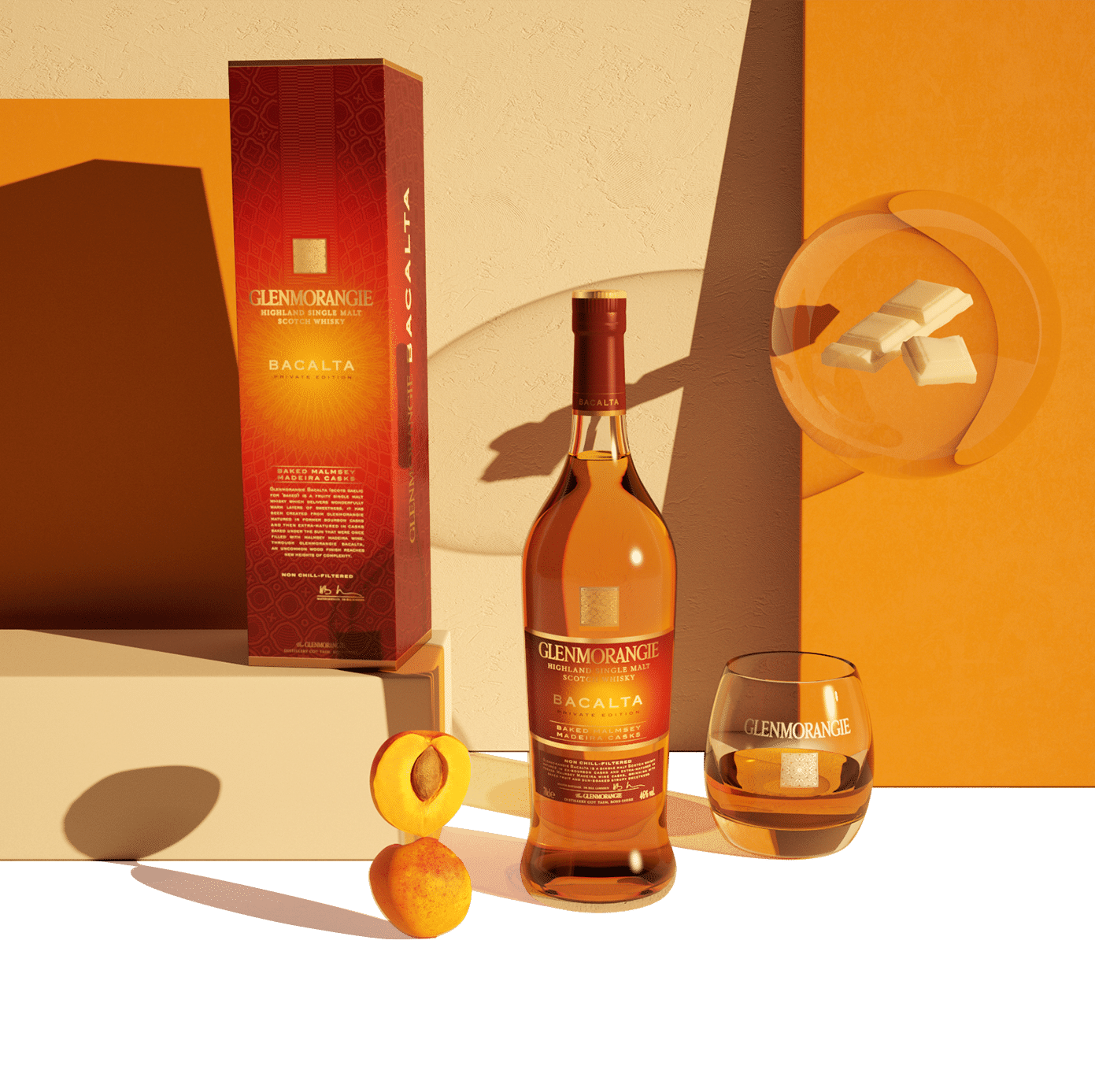 In the Scottish Highlands, warmth is considered to be around 19 degrees. The climate is rarely relieved from rain or wind, even during the summertime. So it’s a marvel that a whisky so packed with rich, ripe fruits you’d find in a Madrid market, could stem from such atmospheric gloom.

It’s all thanks to the magic of sun-baked Malmsey Madeira casks. The Bacalta is the eighth Private Edition release from Glenmorangie. The Ross-shire distillery’s Private Editions are small-batch, anticipated releases that are pretty experimental, and the Bacalta is no exception. Starting out with a Glenmorangie that had been matured in bourbon casks, the Bacalta was then further matured in ex-Malmsey wine casks.

Attaining the wine casks wasn’t easy, which partially explains the exclusivity of the Bacalta. Perhaps terming them “bespoke” casks may be a tad misuse of the word, but Glenmorangie did have to source for a winery that would permit having casks filled with Malmsey wine — which would have to be discarded after. Given that Malmsey is the most exclusive of all Madeira wines, this isn’t a request that any winery would immediately jump at, so we’re thankful one did.

Aged for about 10 years, the Bacalta might be a sweet, young whisky, but it’s the furthest thing from one-dimensional. It comes across like honeyed mead on the nose, before unfurling elements of juicy apricot, caramelised oranges, honeycomb and dates on the palate. There’s also this interesting hint of mint that cuts through the sugar.

The result? A soft, balanced whisky that tastes like you’re sipping on Icarus’ sun-baked fantasy. If you manage to get your hands on a bottle of Glenmorangie Bacalta, you’ll know why the hyperbole is totally permissible.

Glenmorangie Whisky Scotch Rare Whisky Scottish Whisky Single Malt Single Malt Whisky bacalta private edition
Beatrice Bowers
Features Editor
Beatrice Bowers writes about beauty, drinks, and other nice things. When not bound to her keyboard, she moonlights as a Niffler for novels and can be found en route to bankruptcy at your nearest bookstore. Don't tell her boss.
Drinks Beauty
Sign up for our newsletters to have the latest stories delivered straight to your inbox every week.