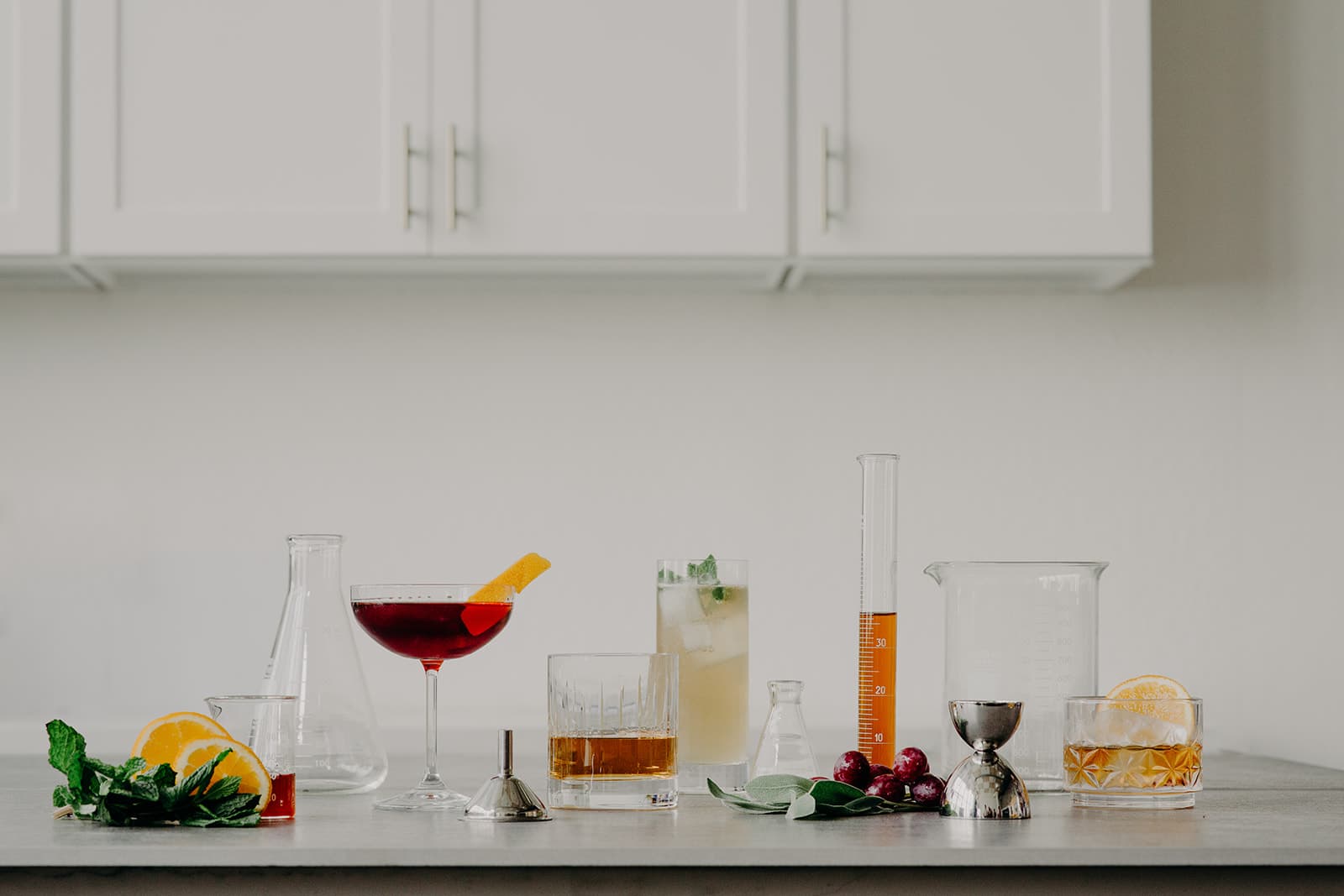 Introducing Glyph, the world’s first molecular “whiskey” made in a lab

When it comes to regulations, whiskey (as well as its Scottish and Japanese counterparts) stands head and shoulders above other spirit categories. There are strict definitions that mandate what can or can’t constitute as “whiskey”, and one of these conditions is that whiskey must be aged in casks.

Still, it’s a time where whisky makers are experimenting with different ways to age the spirit, whether it be finishing in beer-seasoned casks, or using soundwaves to intensify flavour. Given this zeitgeist, it’s about time someone dropped an unaged “whiskey” on the world. Enter Glyph, a synthetic spirit made entirely in a laboratory that claims to emulate the profile of a fine aged whisky.

Made by San Francisco producers, Endless West, this unusual permutation of a whiskey is made entirely from molecules. Naturally derived from plants and yeast, these molecules are then introduced to a neutral grain spirit, giving it the taste and purported richness of its cousin that has spent time in the barrel. Dubbed as “note-by-note production”, the composition of Glyph takes a mere 24 hours until it is bottled, deleting the bane of time that many conventional distillers are bound to. Endless West claims that while the process differs, the manipulation of molecules employed by the scientists behind the spirit makes Glyph “biochemically equivalent” to any whiskey on the market.

The resulting liquid claims to taste like vanilla, caramel and honey, along with touches of spice that mimics whiskies aged in charred American oak casks.

Glyph stands as a novelty for the alcohol industry at this point, teetering on the edge of being a disruptor thanks to the advanced process. Beyond time, it also eliminates the issue of waste associated with cask-ageing, since all spirits that mature in wooden barrels are subject to an evaporation rate of 2 percent every year.

The pressing question, however, remains. Can Glyph become the future-forward alternative to whisky production, or will this approach compromise everything whisky conducts itself to be? We’ll let the regulatory boards decide.