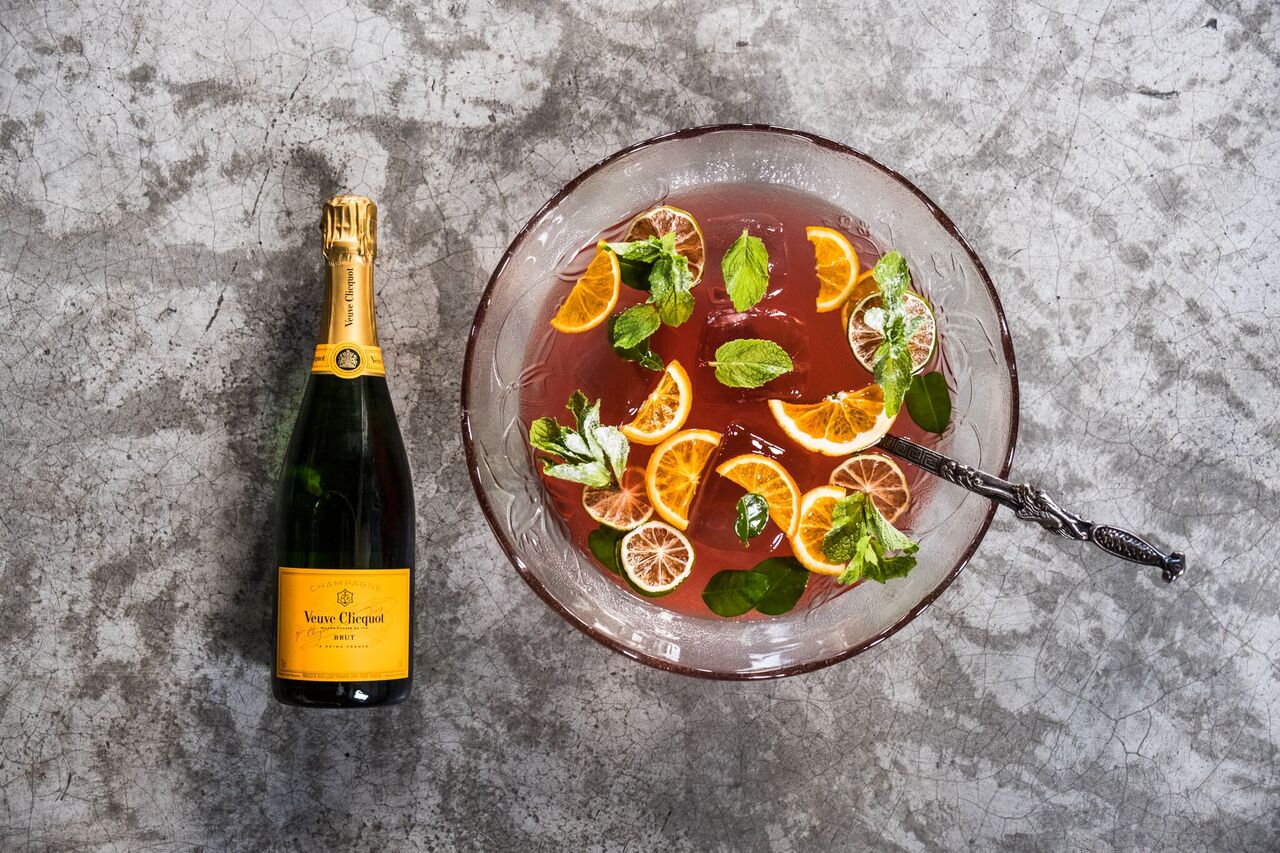 We’re in the thick of December, which means the drinks are coming, and the party invitations are stacking. Since ’tis the season of togetherness, hosting or attending casual get-togethers at home are integral to the holiday experience. Good food has always been essential party fuel, but alcohol remains the best propellant to really put you in the spirit of things, especially if it’s a family dinner. Trust us, it’ll help when you’re dealing with that one aunt who never fails to berate you into an existential crisis.

Alcohol-laden punch bowls are a fuss-free way to have a ready supply of cocktails for a large group while being able to subtly flaunt your mixology skills (even though you’ve just dumped ice and four ingredients into a large bowl and called it a day). As we believe in learning from the best, we’ve enlisted the help of the head bartenders from The Flagship, Sugarhall, The Library, and Nutmeg & Clove to come up with four easy punch bowl recipes you can easily whip up at your next soirée. Whatever your liquor or flavour preferences, we’ve got you covered.

Unless stated otherwise, pour all the ingredients into a large punch bowl and stir before serving. Each punch bowl serves 16 to 18 portions. 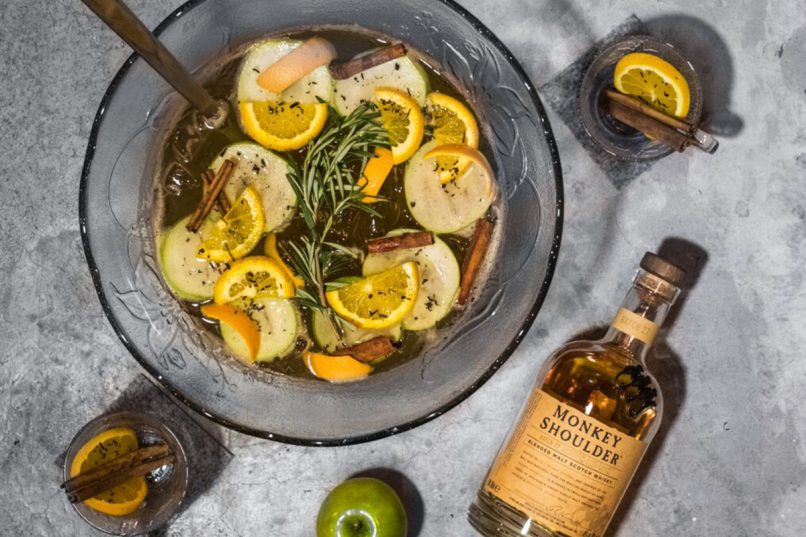 This warming punch bowl is a testament to Khoo’s experience at the Edinburgh Christmas Market, where the aroma and flavours of hot chocolate, mulled wine and a particular apple pie left an indelible impact on the bartender. The classic combination of chocolate and whisky is cut with the tart green apple juice, while the houjicha adds depth and smokiness. It’s the punch to make if you’re having an intimate party with loved ones — just turn the AC up, pull on an ugly Christmas sweater and have a cup of this in hand.

The Flagship is located at 18/20 Bukit Pasoh Road. 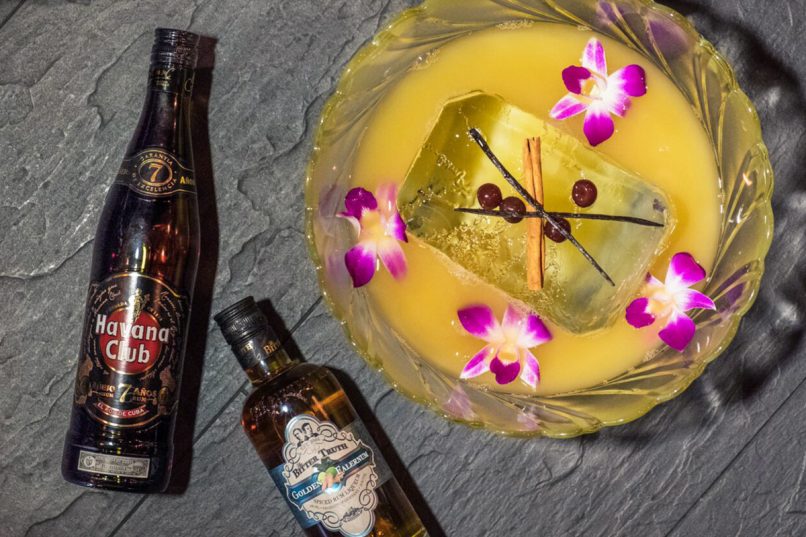 This tastes uncannily like spicy, syrupy Christmas cake thanks to the spiced rum, which is a no-brainer to make. Just add cinnamon, nutmeg, clove and a bit of ginger to a bottle of rum, and let it sit overnight or in a warm water bath for an hour. You can also cheat by getting pre-made spiced rum (no one’s judging).

Sugarhall is located at 102 Amoy Street. 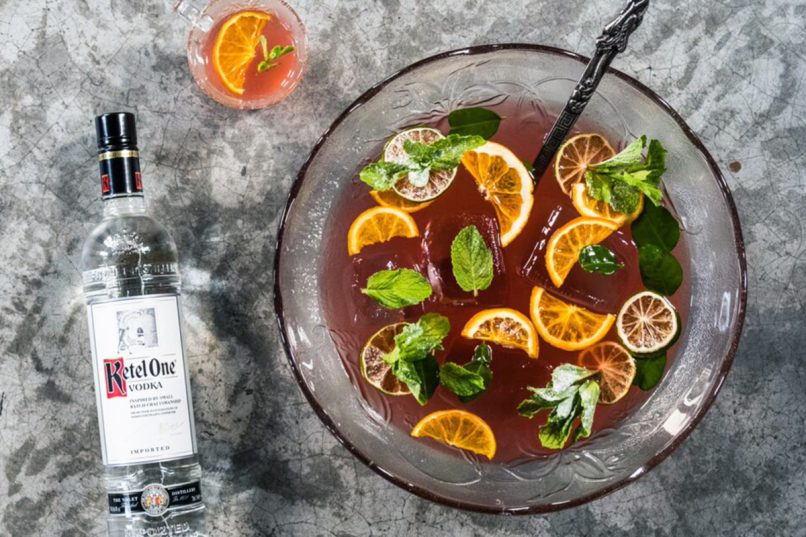 Nothing says “party” like a fizzy pink drink with champagne and vodka. Instead of spicy Christmassy flavours, this punch is a tart, summery punch bowl not amiss at the party table, thanks to the blazing heat we’re experiencing this December. If you’re looking for something with zero prep time and a quick crowd pleaser, this is the go-to. 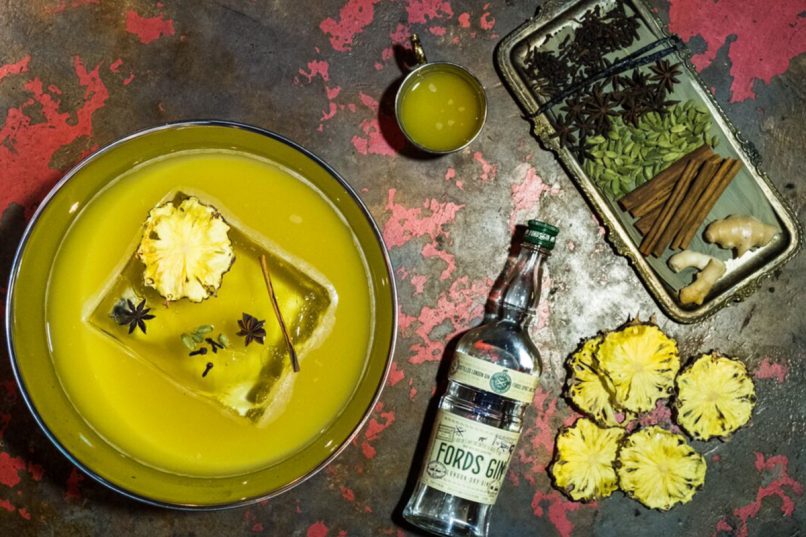 “We only get to eat pineapples once a year in Slovakia, during Christmas. When I see it on the table, that’s how I know it’s the holiday,” said Bursik, gesturing proudly to his pineapple pin when asked how pineapples and Christmas gelled together. Bursik’s punch bowl harkens back to childhood in his homeland, offering a different perspective on the flavours of the yuletide season.

To make spiced honey: Heat up 100ml of water with five pieces of star anise, three sticks of cinnamon, ten cloves, 30g of old ginger, five pods of cardamom, and 100ml of water in a pan for ten minutes, letting the spices infuse before straining. In another pan, boil the honey, lower the heat and let it burn slightly. It’s ready when it starts to smell like caramel and is amber gold in colour. Mix both liquids together and stir.

The Library is located at 47 Keong Saik Road.

Party Recipes The Library Sugarhall Christmas party The Flagship punch bowls nutmeg and clove
Beatrice Bowers
Features Editor
Beatrice Bowers writes about beauty, drinks, and other nice things. When not bound to her keyboard, she moonlights as a Niffler for novels and can be found en route to bankruptcy at your nearest bookstore. Don't tell her boss.
Drinks Beauty