Here’s why The Macallan Edition No. 2 is the perfect bottle for festive parties

Food & Drink
Here’s why The Macallan Edition No. 2 is the perfect bottle for festive parties
Share this article
Next article

Earlier this year, The Macallan Edition No. 1 strode out into the whisky market as a subtle reminder to the sherry-style eras past, with just enough currency to keep punters attracted. The seductively coppery expression was composed in eight different oak casks of American and European origin, resulting in a no age statement whisky that many connoisseurs loved. Made by whisky craftsman Bob Dalgarno, the Edition No. 1 began as a promising start to The Macallan distillery’s novel venture.

Chug forward a few months, and the Edition No. 2 is now taking the stage. The tawny sister to the Edition No. 1 surpasses the confines of its predecessor by being a bottled testament to not just Dalgarno’s personality, but that of the Roca brothers behind El Celler de Can Roca. The trio behind twice-awarded Best Restaurant in the World (and holder of three Michelin stars) have collaborated with The Macallan to construct a whisky that introduces Spain into the whisky’s Scottish DNA. A 48.2% ABV whisky, no less.

“By collaborating with the Roca brothers, we have combined our knowledge of whisky making with their creative culinary expertise. The result — a single malt that challenges expectations,” said Dalgarno when addressing the partnership.

As Christmas and New Year’s party invites come flooding in, or if you’re on the hosting end of one or two, there’s always the question of what one-size-please-all drinks there are in the market. The Macallan Edition No. 2 isn’t just the boozy embodiment of festive togetherness, but also a worthy splurge for celebrations to come. Here are four reasons this single malt release will make you the soul of the party. Christmas is typified by the sweet and spicy. Take a sip of the Edition No. 2 and you’ll be met with spices like freshly cracked black pepper and cloves melding with brown sugar, sherried raisins, citrus peel, chocolate and oak, before closing off with a dash of liquorice and a smidgen of green oak. It’s as if a spiced Christmas cake metamorphosed into a whisky, and we mean that in the best possible way. 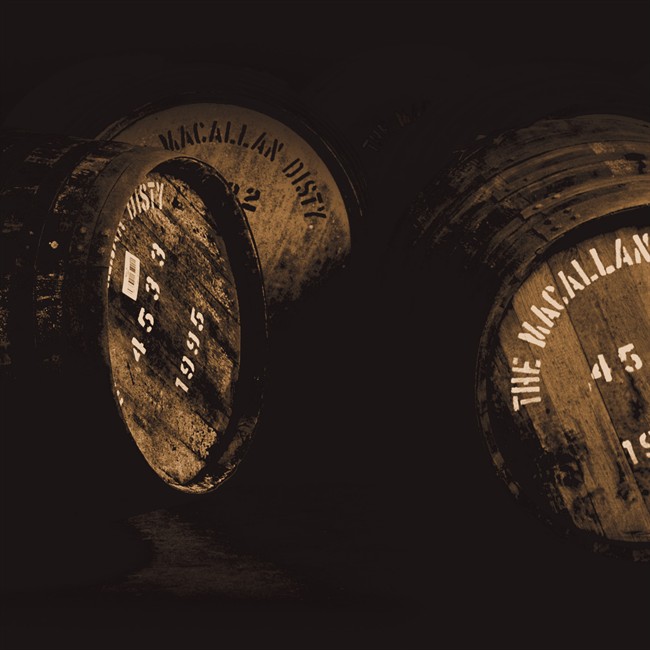 The seven casks behind the Edition No. 2 were sourced from four different Spanish bodegas: Diego Martin, Jose Miguel Martin, Tevasa and Vasyma. Each of the casks and their corresponding flavours were chosen to reflect the makers personally, like green wood and toffee from Diego Martin casks that resonated with Joan Roca’s passion for life. These are casks not typically used in other Macallan expressions, so you’ll be tasting a whole new breed. 3
It pairs well with food

With a sommelier, a chef and a dessert chef behind a whisky, you know food pairings come into the mix one way or another. The flavoursome spiciness of the Edition No. 2 lends itself well to hearty roasts and buttery mash that are the pillars of Christmas dinners, with the mellow sweetness elevating chocolate log cakes perfectly, particularly those with mousse or fudge. 4
Nothing better than an exclusive gift

Given the now-you-see-it-now-you-don’t carnival that was the Edition No. 1 release, getting your hands on an Edition No. 2 already spells a personal win. Few things spell sincerity like handing over that exclusive bottle to someone special for a gift, whether its a whisky enthusiast dear to you, or a boss you’re trying to nudge in your favour. We’re against bootlicking, but exceptional limited release whiskies are a whole other ethical ballgame. There are only 229,000 bottles released worldwide, after all.

Macallan Whisky The Macallan Whiskey Limited Edition Alcohol edition 2 booze
Beatrice Bowers
Features Editor
Beatrice Bowers writes about beauty, drinks, and other nice things. When not bound to her keyboard, she moonlights as a Niffler for novels and can be found en route to bankruptcy at your nearest bookstore. Don't tell her boss.
Drinks Beauty