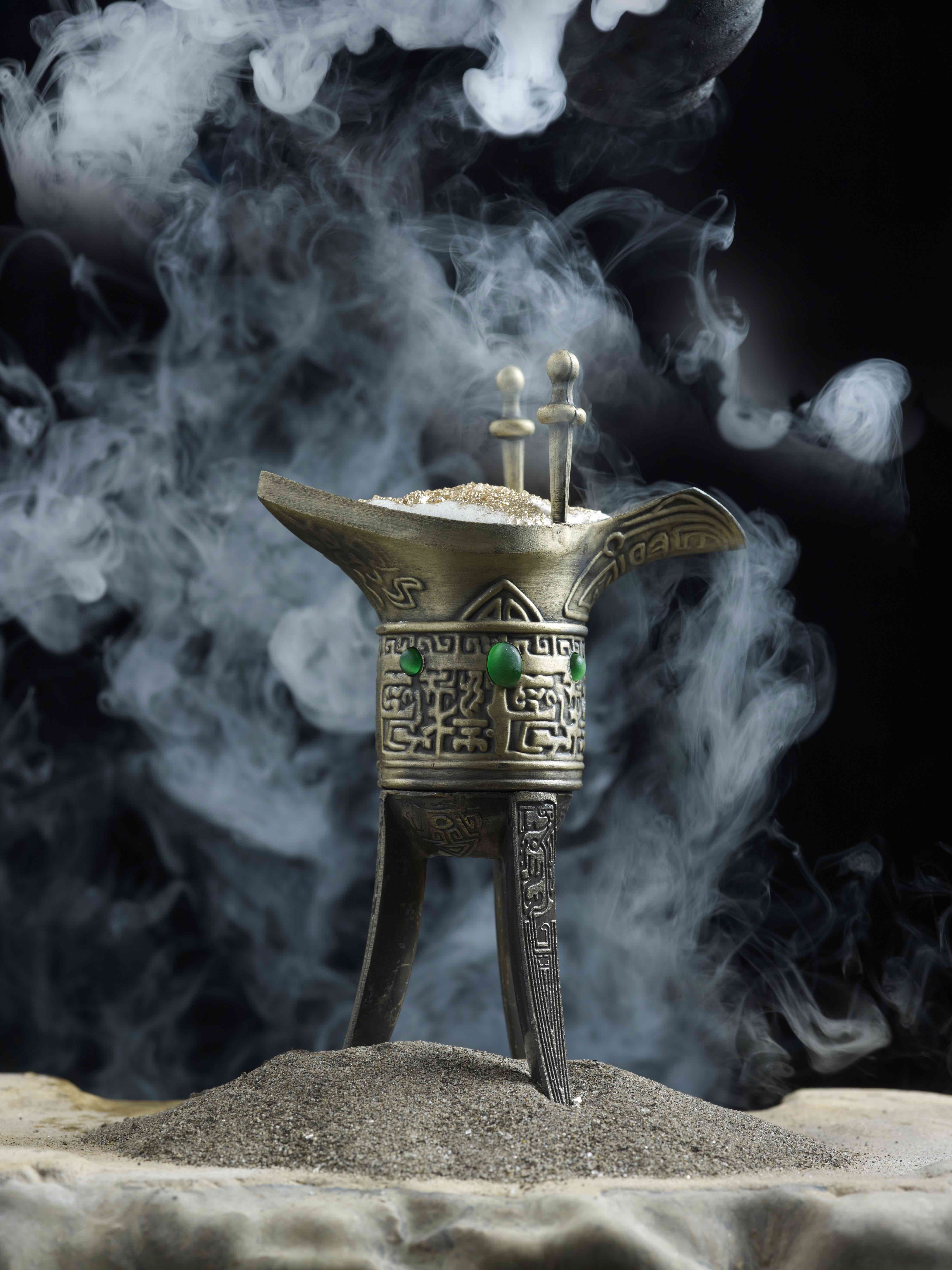 High spirits: New bars in Singapore to visit this January 2018

We are well aware Dry January is a thing, and we fully applaud everyone who puts themselves through this intensive period of alcohol abstinence. It’s not an easy feat, especially if you have to juggle a demanding social life and a job that requires you to drink.

While we’re filled with respect for the practitioners of Dry January, the rest of us lushes lying in the wagon’s dust can look forward to a number of new bars opening in Singapore. These include a nostalgic, adults-only wonderland (not dirty, promise!) in Clarke Quay, a homely tapas bar along Gemmill Lane, and a handful more to patronise.

One exciting establishment to launch in Singapore in February that we’ll tease to is a fresh concept by the Jigger & Pony Group, called Caffe Fernet. This is the sixth entrant to the group’s portfolio, and the largest one yet. The 130-seater Caffe Fernet will open at Customs House, next to the waterfront, and features a modern spin on Italian bites and cocktails. The restaurant-bar will be an all-day business, unlike the company’s other bars that run from evening to night. Caffe Fernet’s Bar Programme Director will be Aki Eguchi, formerly at Gibson, so expect polished aperitifs and spritzes at this joint.

With an anticipated beginning also comes a sad ending, as Crackerjack is slated to close its doors permanently in March this year. A statement by Proof & Co, its parent company, cited that the bar’s financial underperformance was its reason for closure, but the adjacent pocket bar, Junior, will remain open.

As you rush to Crackerjack to enjoy its cocktails before closure, here are some new bars to visit as well. 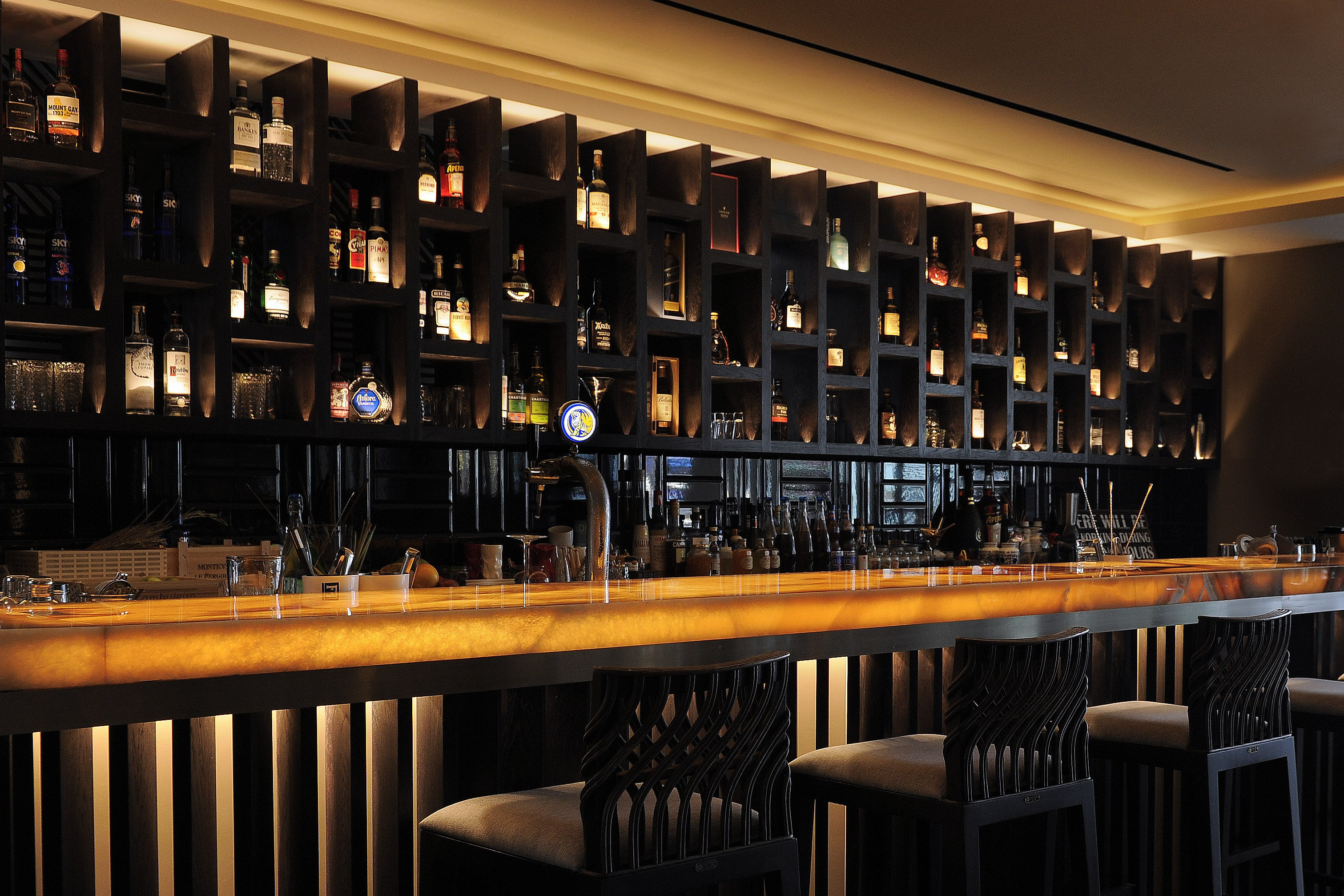 Elixir Bar has brought in a new head bartender, Vladyslav Buzko, and rebranded its menu with an apt alchemy concept. It is all about showmanship with Buzko’s cocktail list, which features boozy “elixirs” inspired by ancient mythology.

The 24 year-old wants to capture the attention of local drinkers with his otherworldly concoctions. These include a cheese, cognac and caviar drink, titled Jupiter, which is lit on fire for a bit of theatrics; or the Desire Potion, a candied mix of Sipsmith Sloe gin, vermouth, St-Germain and lime juice. Most of the elixirs lean towards the sweet side. If you’re not a fan of pizzaz, and just want a straight-up drink, we suggest going for the Signatures section of the menu instead. 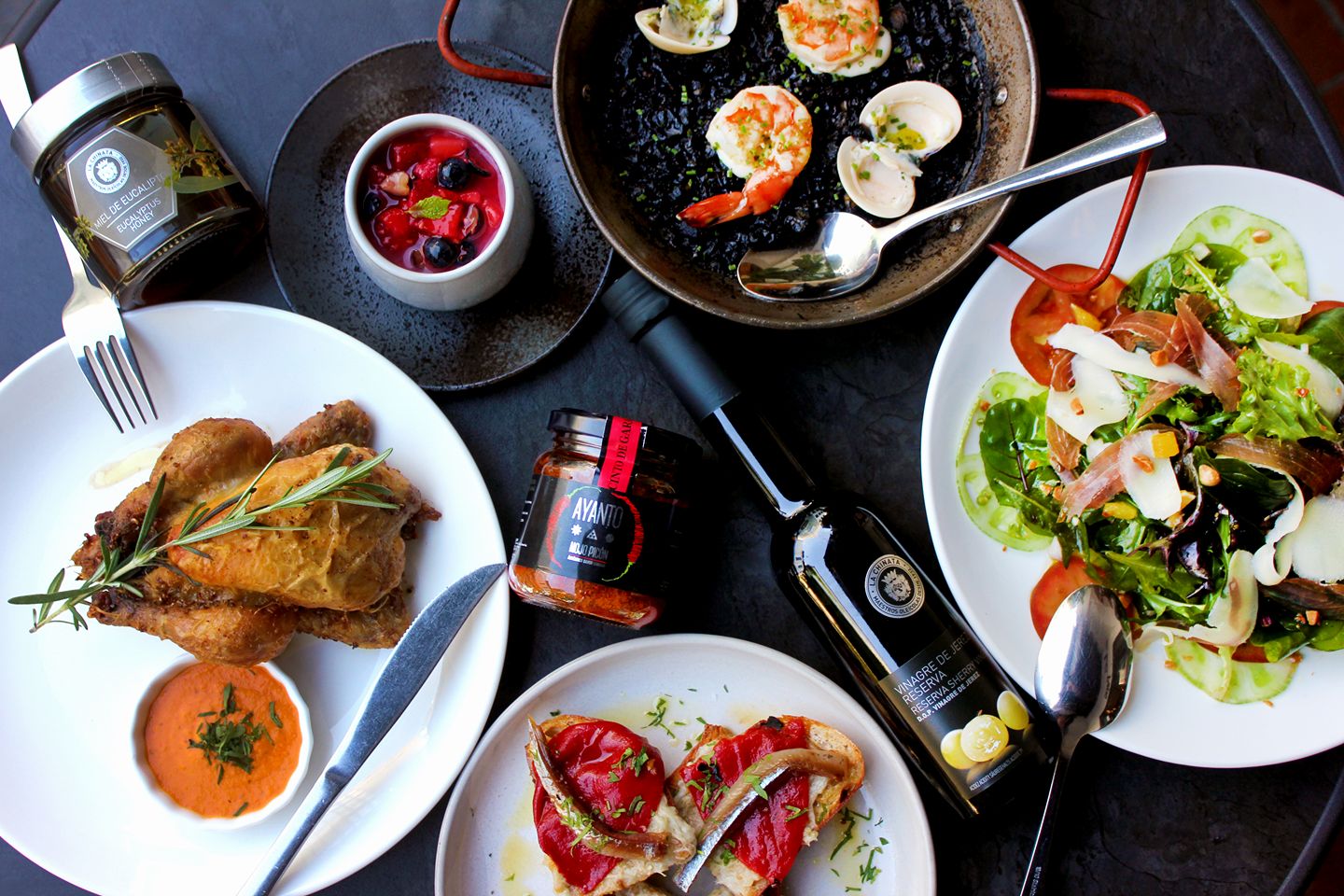 La Pepa is the latest tapas bar to enter the local dining scene, and is situated in a cosy nook on Gemmill Lane. Enjoy a fuss-free Spanish dining experience, with the paellas being a firm highlight, and a bottle of quality Catalan wine at the bar, and leave immensely satisfied. 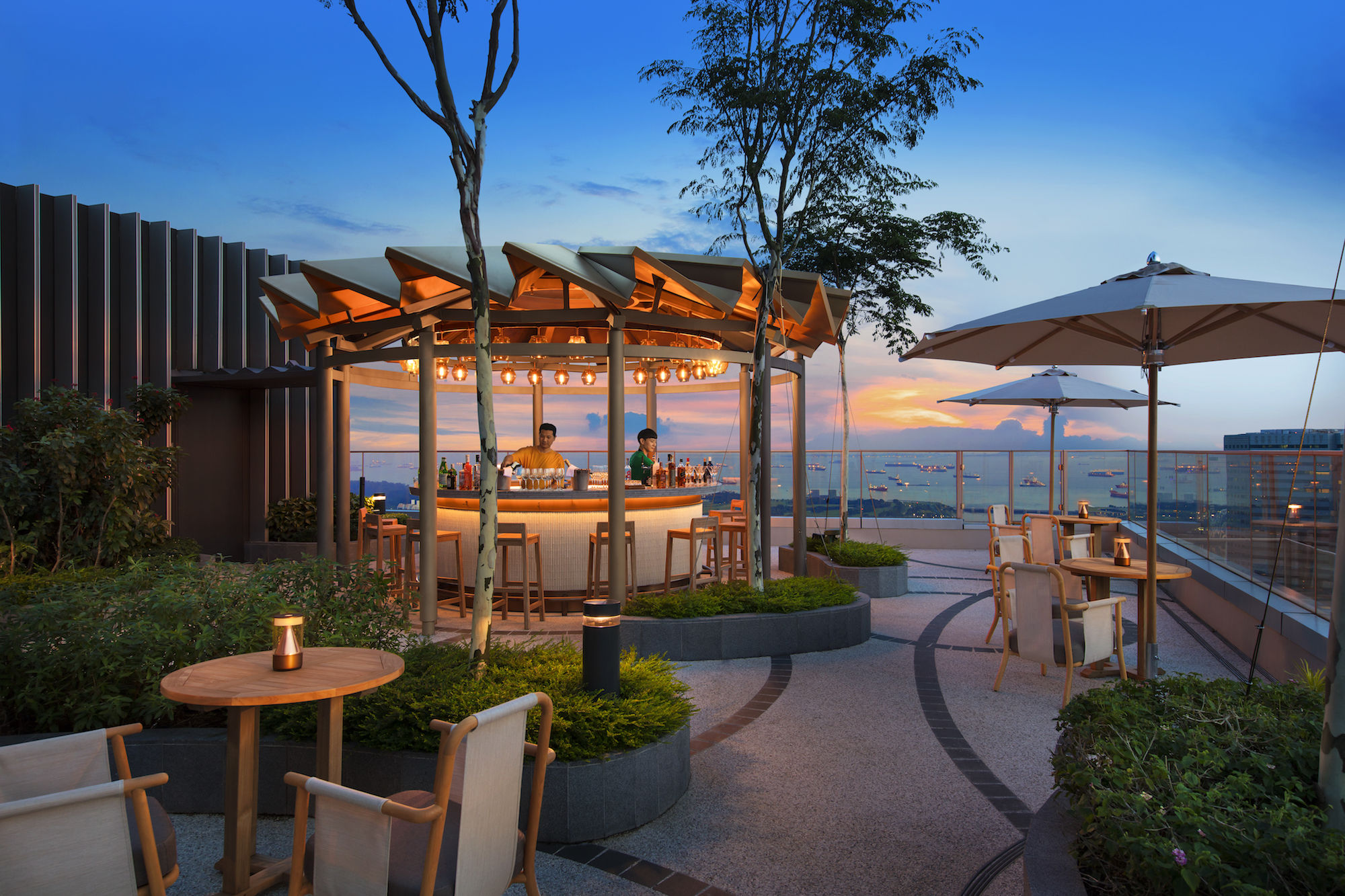 Fancy enjoying a drink in a romantic teepee at one of Singapore’s highest bars? Then a visit to Mr Stork is due. Located on the 39th floor of Andaz Singapore, this insta-worthy hotel bar features cosy huts designed by Andre Fu, and a bird’s-eye view of the cityscape, from Bugis to beyond. Don’t worry if you’re visiting with friends, or someone you aren’t that close to yet, as regular seating options are available around and at the bar counter. 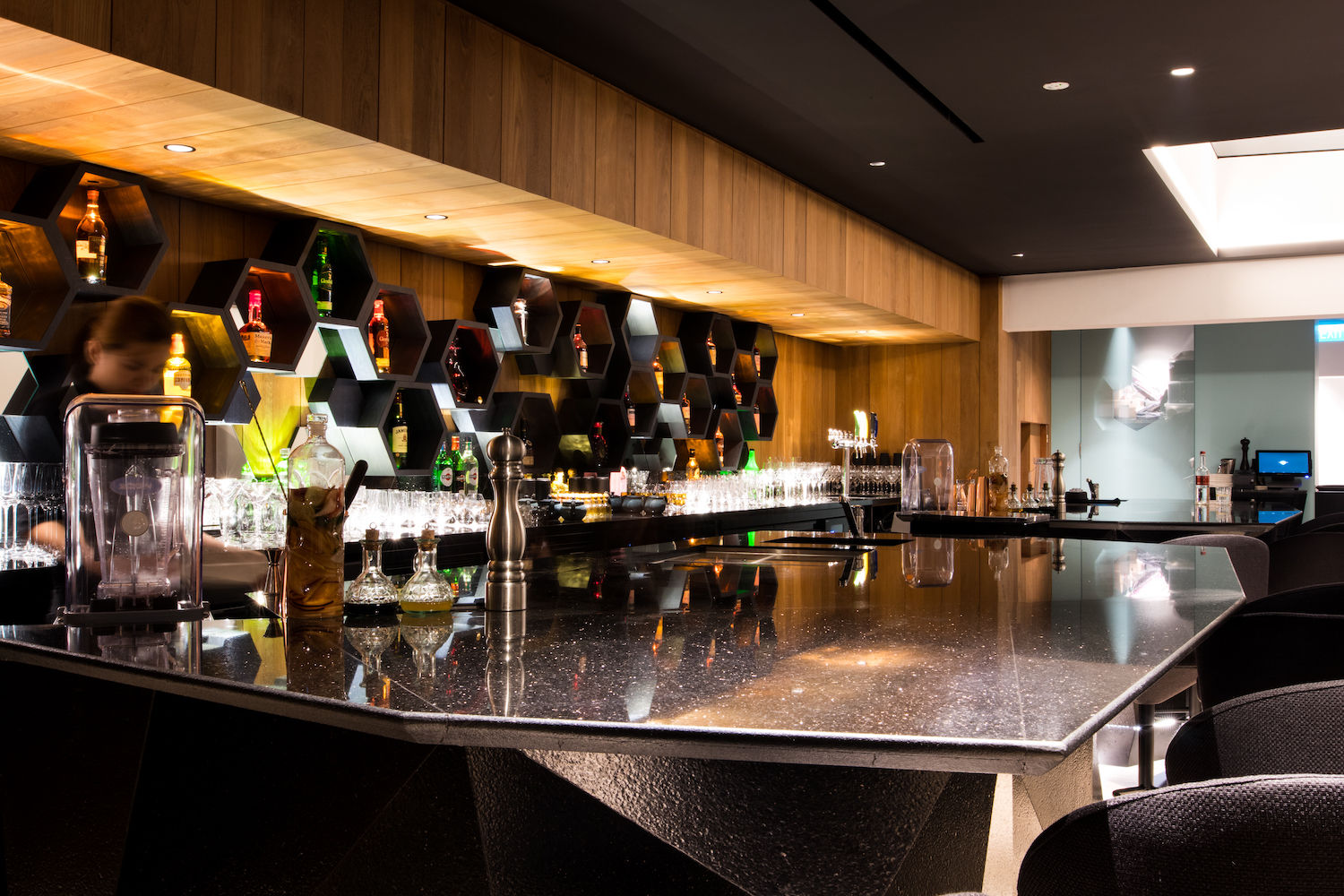 Formerly located at Marina Bay Sands, Caffé B has now moved to Club Street, occupying a 170-seater venue across two floors. The concept remains rooted in Japanese-Italian fusion cuisine, though the new location will see a revamp in terms of dishes, and the introduction of 10 new cocktails to the menu. The spacious bar is perfect for after-work drinks if you are in the area, or to host business meetings. 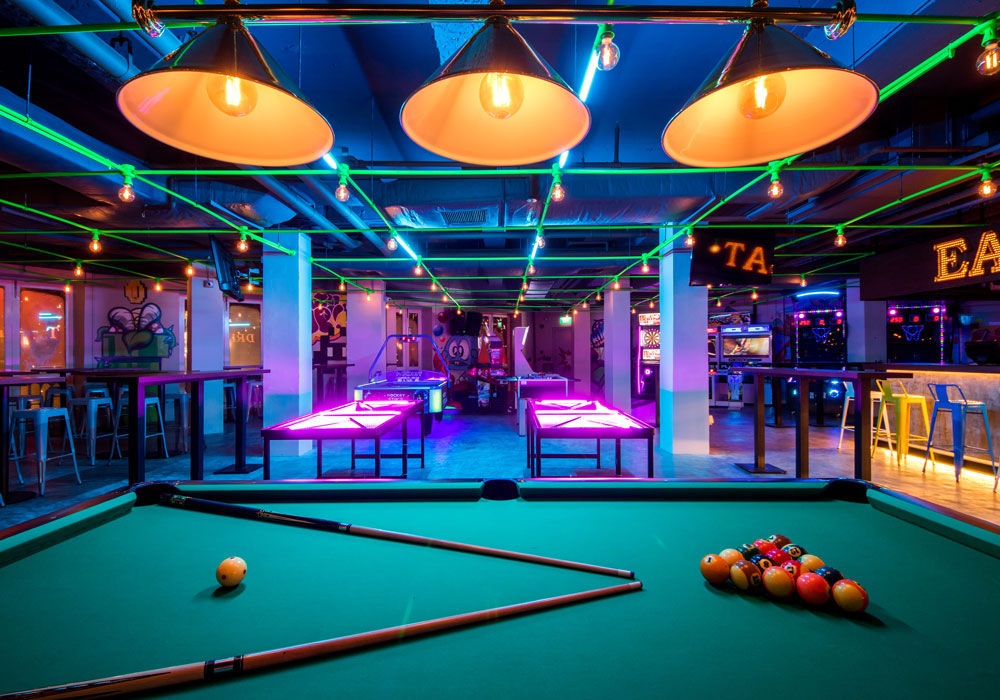 Level Up has garnered massive traction since it entered Clarke Quay. The games bar redefines the fun that comes with drinking by giving patrons the chance to play arcade games like Street Fighter, pool, foosball and more. Feel like a child again on its neon-lit premises. If you’re going with a big group, Level Up serves punch bowls to accommodate as well.

Caffé B Bars in Singapore New bars in Singapore high spirits new in cocktail bars in singapore cafe fernet elixir bar level up la pepa mr stork
Beatrice Bowers
Features Editor
Beatrice Bowers writes about beauty, drinks, and other nice things. When not bound to her keyboard, she moonlights as a Niffler for novels and can be found en route to bankruptcy at your nearest bookstore. Don't tell her boss.
Drinks Beauty
Sign up for our newsletters to have the latest stories delivered straight to your inbox every week.