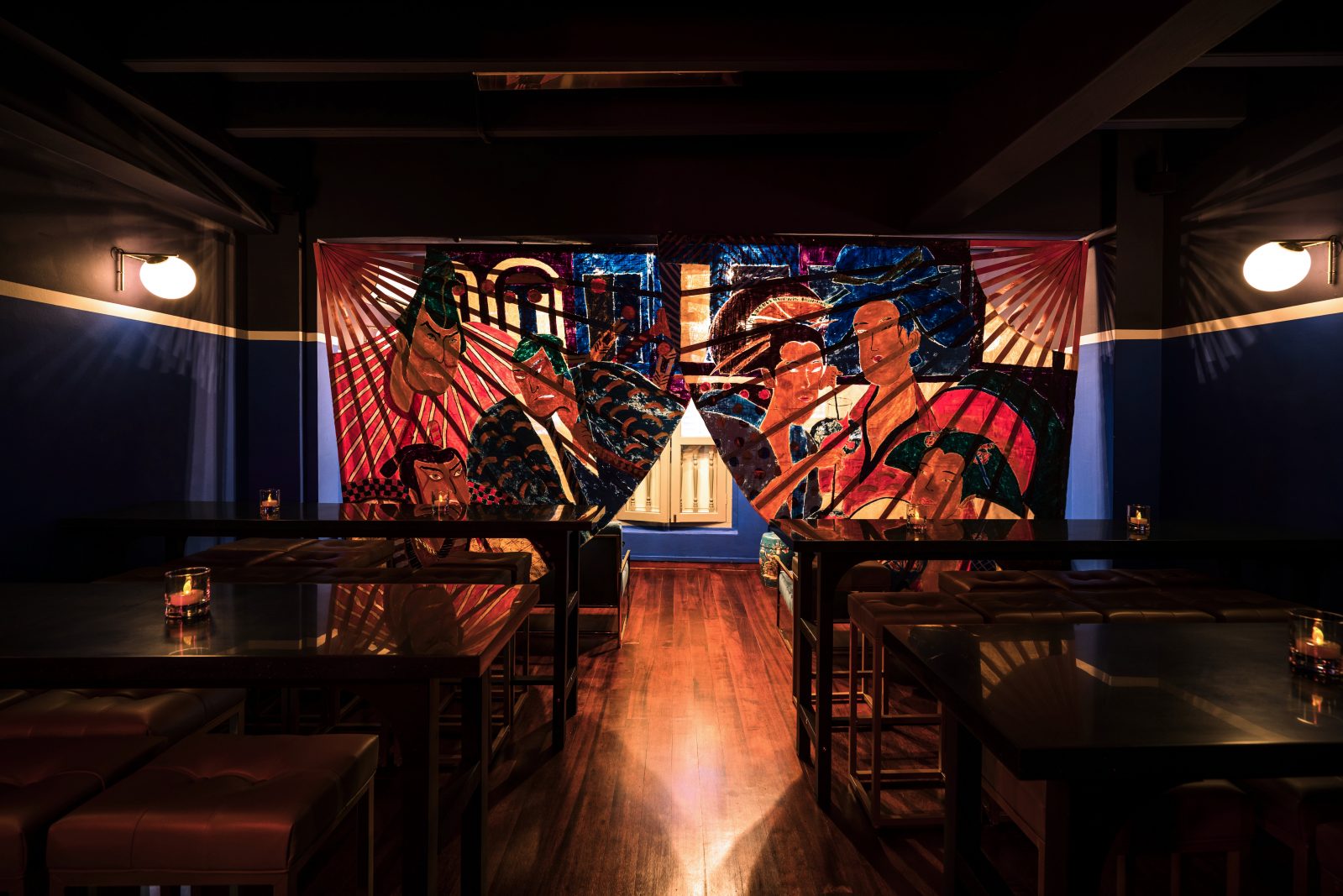 High spirits: New bars to visit in Singapore this March 2018

We’re a quarter into the year, and the local food and drinks industry is steadily revving up its gears for brand new things after the hectic festive season(s). The booze landscape is Singapore is abuzz with fresh happenings, such as the recent announcement that our city will be the first in the region to host the inaugural Asia’s 50 Best Bars awards ceremony.

Also, Singapore Cocktail Festival 2018 has officially been slated for 4 to 13 May, forecasting a season of alcohol-laden revelry as the island comes together to celebrate the craft behind mixed drinks (more on this to come soon, we promise).

While those bulletins offer much to anticipate, there are more permanent inclusions to zone in on with the handful of new bars that have opened their doors this month. From a vegan restaurant-bar that shares a space with a gym in the business district, to the return of The Library’s former head bartender, Adam Bursik, with a fresh cocktail concept, here are all the new bars to check out this month. 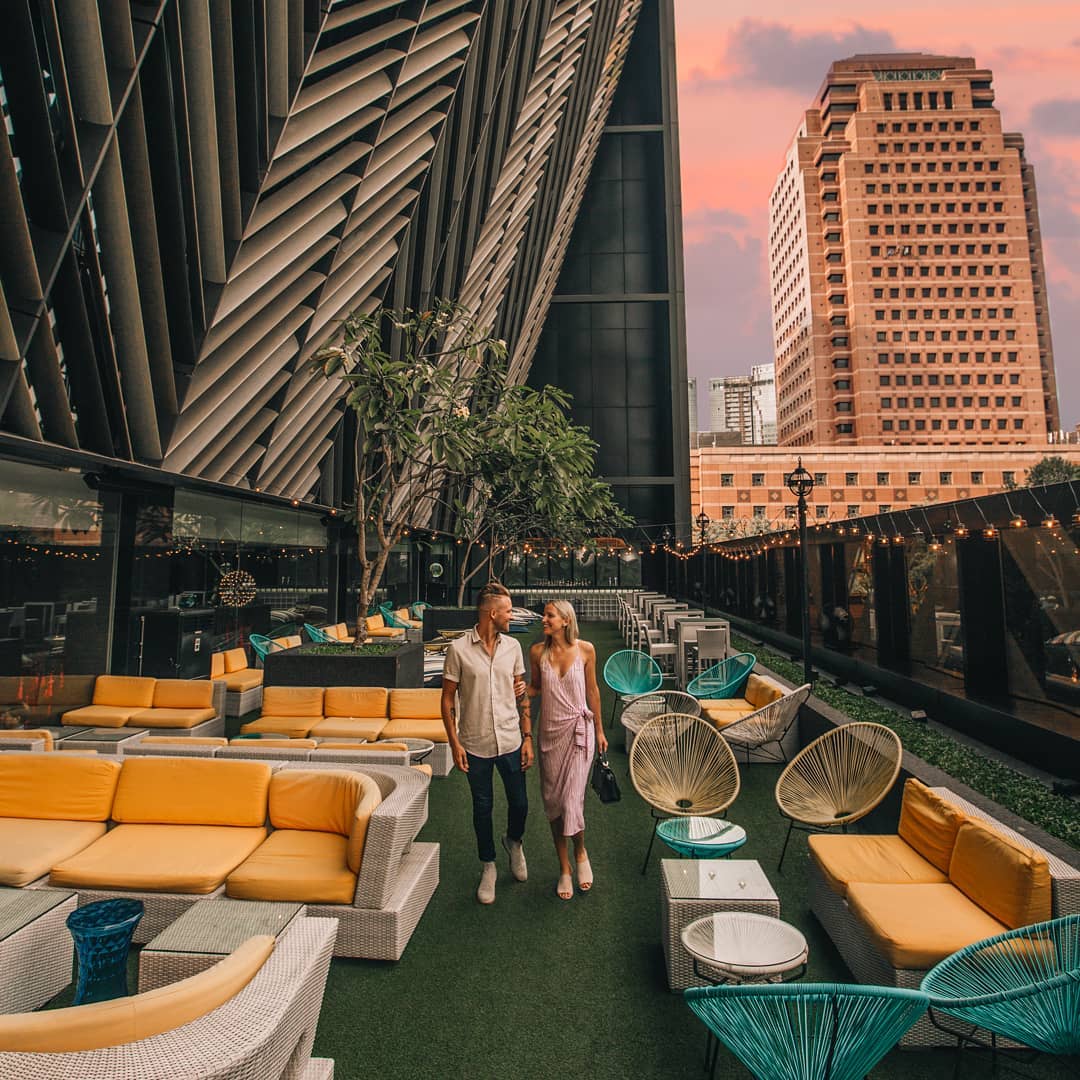 Though Bar Canary is not entirely new, the idyllic rooftop destination at Grand Park Orchard has gone through a facelift. The revamp features a tropical-style bar that aims to be your escape from the hectic city, with an updated menu of summery beverages and three Boozy Pops — a union between a cocktail and a popsicle, the latter of which is made exclusively for Bar Canary by local ice pop creators, Popaganda. 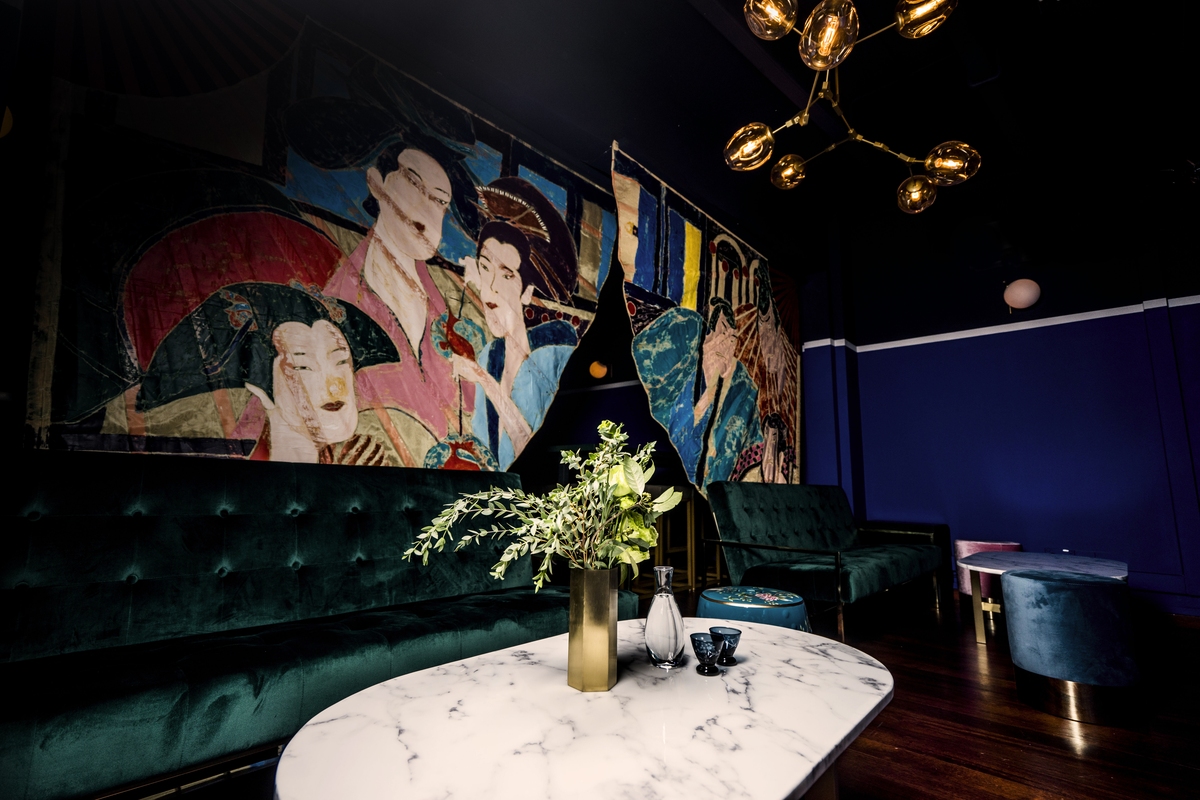 The latest addition to Telok Ayer’s medley of Japanese establishments is Kabuke, an intimate gastro-bar that puts a contemporary spin on izakaya bites and sake appreciation. Its healthy sake list features entry-level and ultra-premium options, pleasing both casual drinkers and enthusiasts. Helpful tasting charts are also added to the menu to ease the selection process. Enjoy your sake in bottles, or DIY a flight of three wines to indulge in a wider range. Power your drinking session with any of the mod-Japanese bites on the menu, like its takoyaki fries and decadent truffle gyuudon, or gun for the offbeat platter that pairs three sakes with curated cheeses. 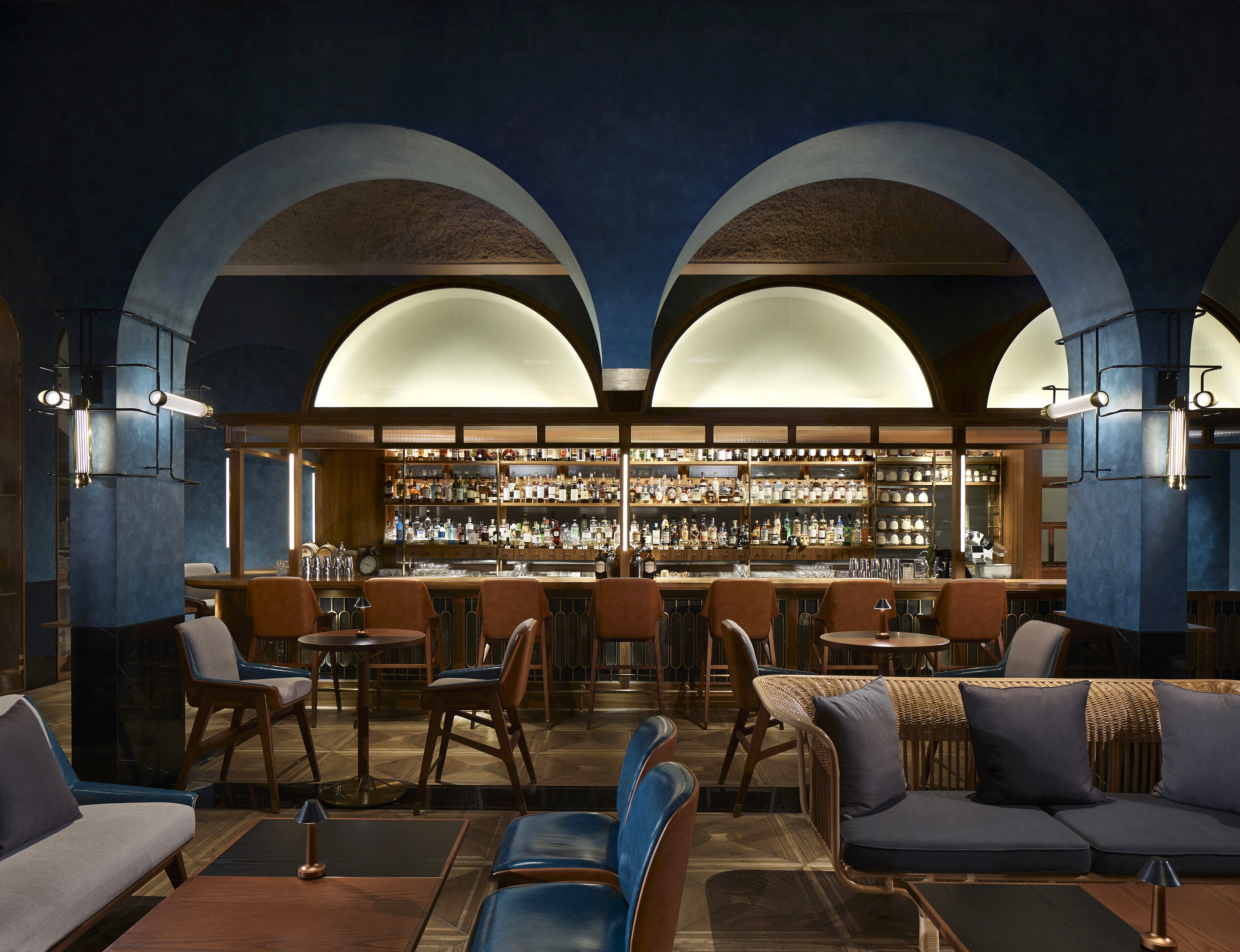 Origin Bar is head bartender Adam Bursik’s latest concept after the closure of The Library, one of Singapore’s pioneering hidden bars. Situated in Shangri-La Hotel, the moody cocktail establishment is modelled after an old railway station. Steeped in art deco splendour, Origin Bar houses a drinks menu that takes cues from the ingredients found in five different districts around Singapore during the colonial era. Asian spices and homemade preserves feature heavily in all the drinks, allowing each cocktail to stand as a testament to the dexterity of regional ingredients. Its mod-American bar snacks are exceptional too. Another gastro-wine bar rears its head in the Tanjong Pagar neighbourhood, this time with a decisive edge. Ma Cuisine is the union between hearty French countryside staples and a jaw-dropping cellar packed with 600 different labels of wines and spirits, including Asia’s largest port collection. The charming space aims to foster a love for wines in Singaporeans by offering the unexpected, be it a bottle of mellow Syrah sourced from a boutique Rhône producer or a rare Colheita port that has weathered decades. Read our full review here. 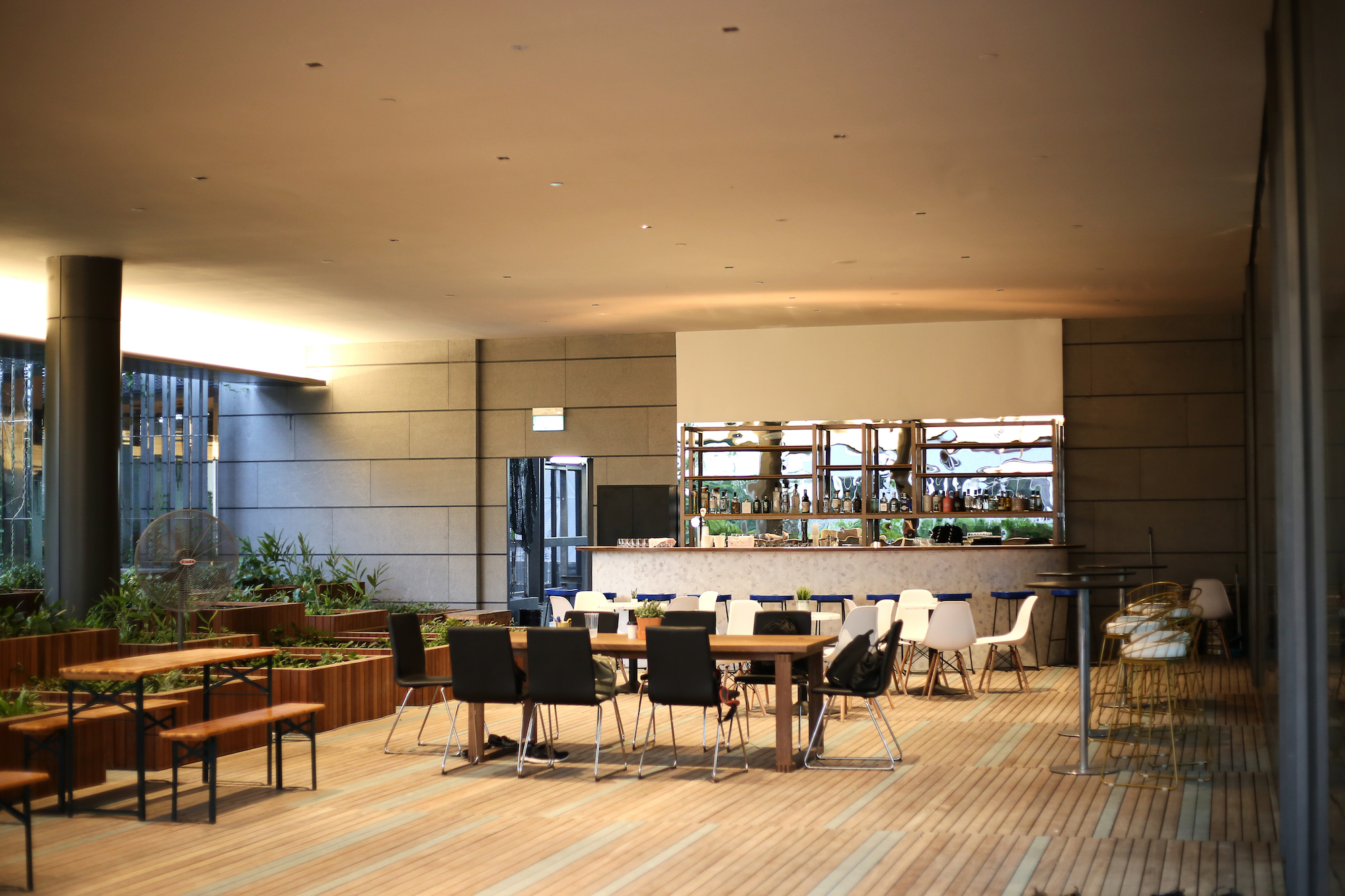 A gym and bar are concepts that don’t usually intertwine, until now. Hrvst is an alfresco vegan restaurant-bar that has opened within the premises of Kilter Avenue, a bodyweight training facility in OUE Downtown Gallery. With vegan cuisine prepared by two chefs of Michelin-starred provenance, and classic cocktails, craft beers and wines offered by the fully stocked bar, Hrvst offers motivation to hit the gym like we’ve never known before.