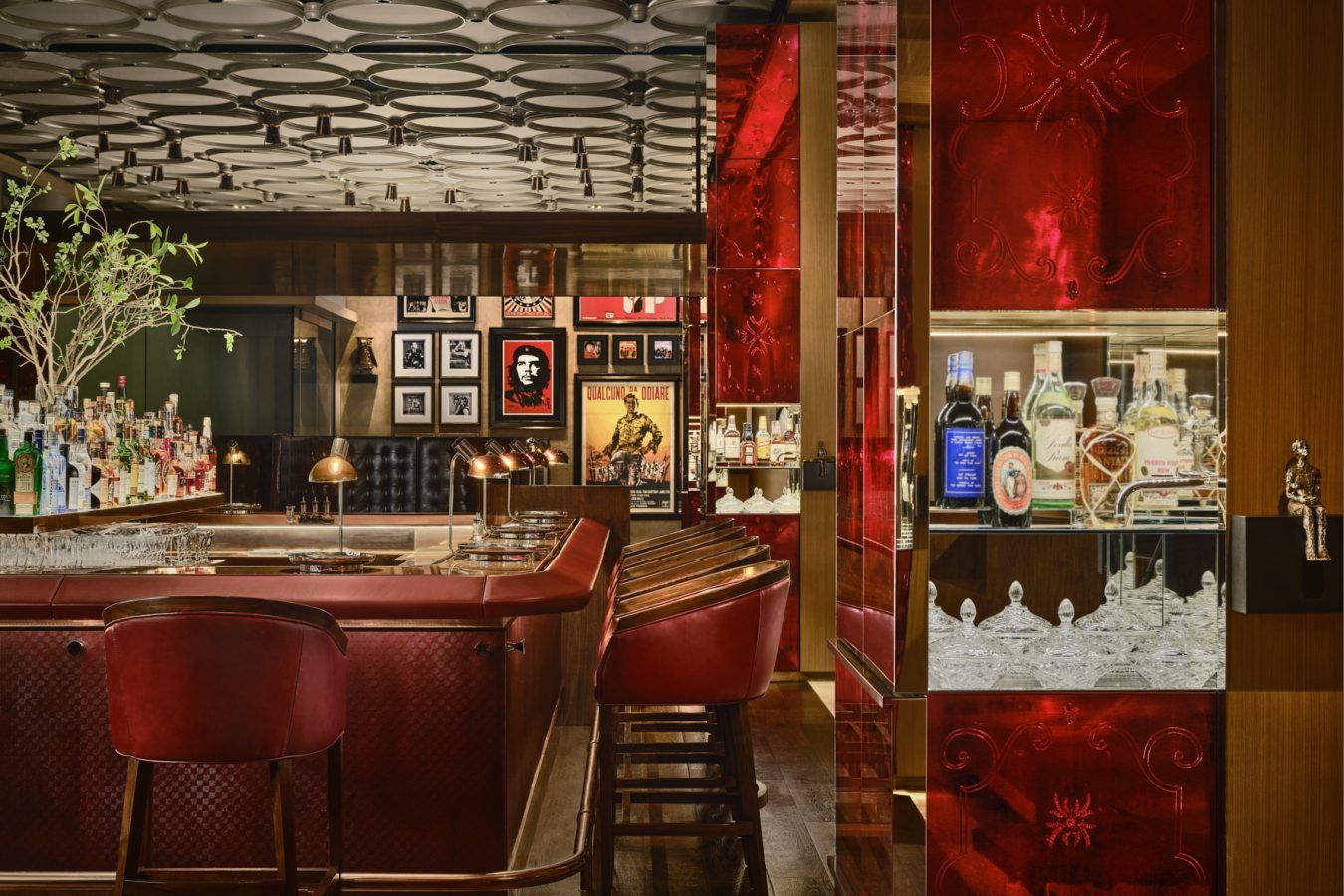 Opening a bar comes with a litany of procedures for getting it started, but for Martin Villareal, the launch of Republic in April 2021, right before Singapore’s second lockdown, brought something unexpected.

“My bosses asked me to make an SOP (standard operating procedure) to close the place,” the head bartender said. “It was the first time I had to do it for a bar opening. I was like, ‘Is there such a thing?’ ”

But barely a year after its debut, Republic has scored a place on the 2022 Asia’s 50 Best Bars list, an impressive feat in Singapore’s cutthroat bar scene. To Villareal, it’s also a validation of Republic’s efforts during a difficult time.

“It means our hard work has paid off,” he said. “It was very challenging facing an invisible enemy. So, we’re thrilled to be recognised.”

Part of The Ritz-Carlton’s East Wing, Republic was conceived as a cocktail bar that glamourises the 1960s. Working with bar consultants Proof & Company, the menu references fashion, music, and historical flashpoints in Singapore, the UK, US, and Italy through 20 cocktails, accented by an interior with countercultural imagery and seductive leather booths.

City Circuit, for instance, recall Singapore’s first grand prix in 1961, and Valentino Red nods to the Italian designer’s signature shade. In keeping with the theme, drinks are made the traditional way: shaking or stirring.

“Sous-vide is the most modern technique we use,” said beverage manager Konstantin Nemolochnyi. “If we are a 1960s bar, it would be weird if we used modern equipment like rotovap machines. We wanted to stay with the classic approach.”

In a literal nod to the generation, Republic has a collection of vintage spirits that they turn into historically-accurate cocktails. While the prices are not as archaic – they range from S$125++ to S$148++ each, the cocktails have proven popular among their guests. “They move so fast that we need to reorder new batches of spirits constantly,” Nemolochnyi said.

Perhaps the most antiquated is Republic’s punch bowls. Devised in collaboration with cocktail historian David Wondrich, the bowls are concocted according to ancient precedents, and are far from the gauche examples you might have had at a university party.

“It’s not just mixing everything together and calling it a punch bowl,” Nemolochnyi said. “There are two pillars that make punch, punch. One is oleo-saccharum, a syrup made by extracting the oils of citrus peels with sugar. The second is dilution, which makes everything work together.”

In the works are more vintage cocktails, which Republic plans to increase to around ten, and additional punch bowl variations. A new menu is also slated to be released around the fourth quarter of this year. While the concept will continue to revolve around the 1960s, they hope an evening there will be as remarkable as the era’s impact on society.

“Our focus is always ensuring that each guest has a memorable experience,” Villareal said. “Whether it’s a first date or a 20th anniversary, we want Republic to be part of that moment for them.”

Drinks Cocktails Hotels Bars
Jethro Kang
Jethro enjoys wine, biking, and climbing, and he's terrible at all three. In between them, he drinks commercial lagers and eats dumplings.
Sign up for our newsletters to have the latest stories delivered straight to your inbox every week.

How to properly store high-end whisky, according to an expert