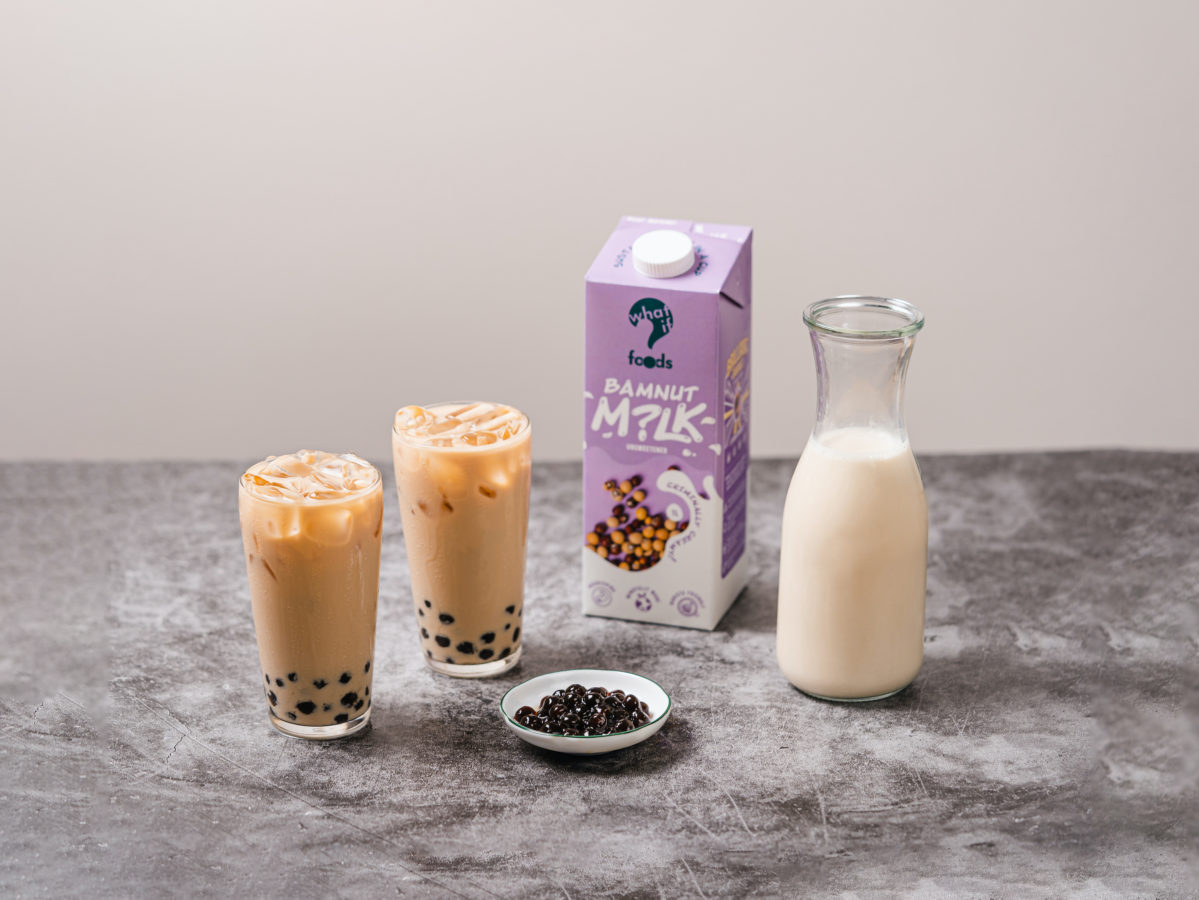 Plant-based milks are quite the rage now, but none have rivalled dairy milk in terms of creaminess. However, a Singapore company is banking that a new type of nut milk can convince people to make the switch.

Launched in September 2021, BamNut Milk is a plant-based drink by WhatIf Foods that’s designed as a healthy, environmentally conscious alternative to dairy. It’s made from Bambara groundnut, and when combined with coconut oil and shea butter, the sustainable foods company believes it turns their milk ‘criminally creamy.’ We want to provide “users with the full all-round milk experience,” WhatIf said in a statement.

If BamNut Milk lives up to its billing, it could be a hit for the small business. A 2021 Euromonitor report valued the non-dairy milk category in Singapore at US$14.8 million with an estimated volume of 8.2 million litres sold yearly. Milk alternatives also grew by 11.4 percent last year, the highest annual growth rate among drinking milk categories.

What is BamNut Milk made of?

Bambara groundnut is a legume native to West Africa. Named after the Bambara ethnic group, it’s grown extensively throughout sub-Saharan Africa as well as in Southeast Asia. The groundnut is rich in protein, amino and fatty acids, and micronutrients like B-vitamins, and is traditionally cooked and eaten whole as a snack, blended into porridge, or milled into bread flour.

WhatIf sources their Bambara groundnuts mainly from farmers in Ghana. The company declines to reveal how the milk is made, but says it involves selecting and grading the groundnuts, which are then cleaned and cooked. For every serving size of 250ml, BamNut Milk delivers 7g protein, 158 calories, and 5.8g of fat. In comparison, full cream cow’s milk contains slightly more protein and calories but 30 percent more fat.

All the benefits would be moot if the milk didn’t taste good. WhatIf sent us a sample and we tried it both straight from the fridge and heated on the stove. When cold, it’s gently sweet and tastes similar to wheat biscuit with a hint of walnut. Warming it amplifies the toasty notes. And yes, it foams up rather impressively. This isn’t full cream milk, but it’s close.

Whether this helps in convincing local shoppers remains to be seen. Consumers are mostly unaware of the groundnut, and the BamNut Milk’s small footprint means it cannot compete against multinational food companies. But WhatIf founder and chief executive officer Christoph Langwallner is optimistic.

“This opens up an opportunity for us to foster conversations on the issues with our food systems, the potential for regenerative agriculture, the Bambara groundnut, and the power consumers hold in defining their food futures,” he said.

Besides the groundnut, Langwallner is betting big on other regenerative crops. WhatIf is currently making instant noodles from moringa, a type of tree that’s fast growing and drought-resistant. Their soups and shakes contain purple yam called ube and lupin, a legume. Both plants also have the ability to revive nutrient poor soils.

Besides restoring the land, regenerative crops can help farmers lead better lives. WhatIf said groundnut farmers in Ghana are mostly women who grow it as an insurance crop in case their main crop fails. Creating a demand for these plants could simultaneously benefit them and the planet.

“By opening up a market, we can offer additional income to the farmers growing Bambara groundnuts on sandy lands that would otherwise be left unproductive,” he said.

WhatIf recommends you try BamNut Milk in wherever you currently use dairy, like coffee, tea, and cereal. They also have recipes online. The milk is for sale (S$5.90) on their website or at selected cold storage locations.