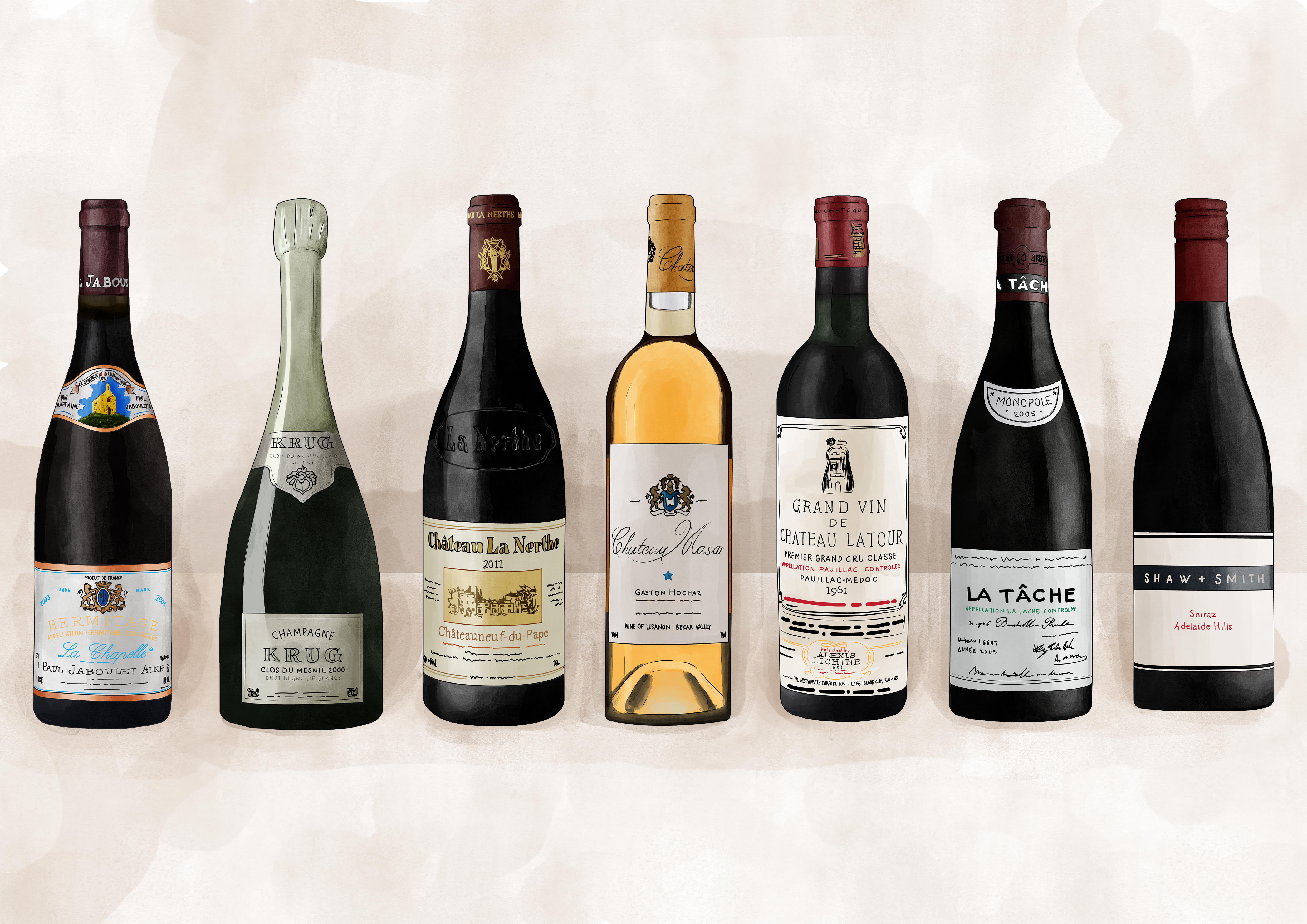 “Time is money,” is a phrase people often drop when attempting to quantify value, and there are few areas where it rings truer than with wines. Lengthy stretches of years knead away at a simple combination of grape juice and yeast to create a beverage that comes in infinite guises. So complex and alluring is this process that it is one of the reasons why wine will never be dethroned as a symbol of prestige. When you drink a glass, you are stomaching history. When you collect a bottle, you own a story of worth.

Amassing a wine cellar of your own appeals if you are devoted to the Bacchanalian nectar. If you have the means to begin lining your shelves from scratch, a fraction of the battle is won. The greatest challenge is knowing what you should collect, and that could leave you with more questions than answers.

To help you through the arduous journey of building a wine collection, we’ve consulted the Head Sommelier at Fairmont Singapore and Swissôtel The Stamford to take us through the vintages that ought to own a spot in your reserve. You may have seen Celine Chatte when dining at the one-Michelin-starred Jaan, where she has maintained the restaurant’s 200-bottle wine programme over the past year.

The Rhône Valley native has wine in her blood. Her passion came through in rapid-fire bursts during the interview as she scurried around the Jaan cellars, pulling bottles off the racks to highlight recommendations for our readers.

Her approach to wine collection is methodical. Chatte believes there are prized wines you buy to enjoy, some you buy to wow on a special occasion, and others that you treat like treasures or investments.

We gave Chatte three price points to work with — S$5,000, S$10,000 and an unlimited bank. With the figures in mind, she curated different tiers of vintages you should own. For serious oenophiles, buy more than one bottle each. 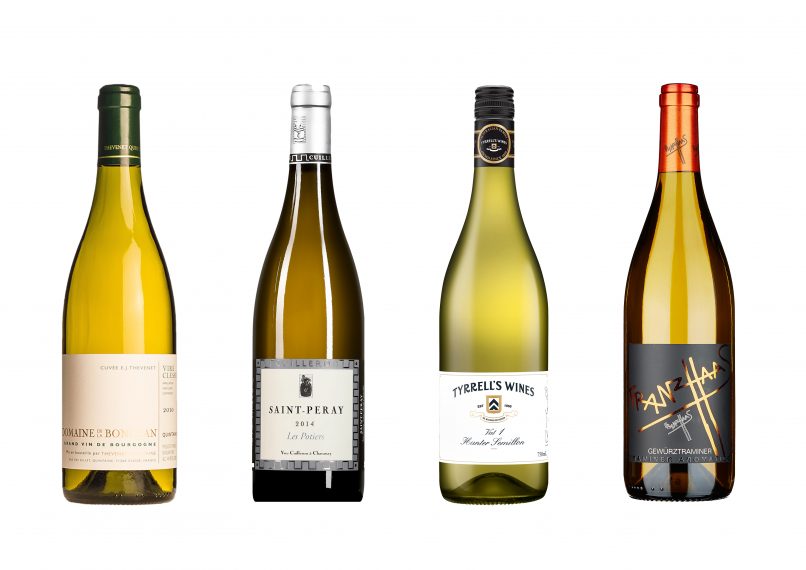 “This is a very cool wine from Burgundy. It is 100 percent Chardonnay, but the owner is a bit wacky, so he makes the wine with late harvest grapes that have some botrytis. It is a dry wine, but not overly so. It’s very round and rich, with some mushroom flavour coming through because of the noble rot. I have a few of these bottles at home, and I don’t share this wine with just anyone.”

“This is a wine from my hometown. Because it is made with Roussanne and Marsanne, then aged in oak, you get a very simple, well-rounded wine that is a great price for the quality.”

“Tyrrell’s is one of the oldest wineries in Australia’s Hunter Valley, and its Semillon is an icon. This is the 2010 vintage, an extremely buttery wine despite the fact that it has zero oak ageing.”

“You need a wine in your collection that can pair with spicier foods when you have guests over. This Italian wine from the North of Italy, made with 100 percent Gewürztraminer, is exactly that.” “This is a very famous Shiraz from Adelaide Hills. Sometimes, a Shiraz can be rich and overpowering, but this one from Shaw + Smith is medium-bodied, quite elegant and easy to enjoy.”

“I’m not very familiar with American wines, as everywhere I’ve worked, people don’t consume wines from that region much. Many people criticise wines from the U.S. as too strong and sweet, and how all American winemakers are trying to produce things that look and taste like a Cabernet Sauvignon. So, this Goldeneye was a great discovery for me. A very nice, mellow Pinot Noir.”

“This is a pure Gamay wine from Beaujolais. It is a picnic wine, with great texture and a long finish. Maybe I’m a bit too French, but this is the kind of bottle you bring to the table when you have people over, don’t have much to serve for food except cheese, so you put both on the table and call it a dinner.”

“This Bordeaux is extremely well-priced for its vintage. People always speak about Bordeauxs and covet them, but one of the major pitfalls is that wines from that region tend to be drunk too young. Because this is a 1996 vintage, it’s ready to go. It’s my kind of Bordeaux. I tell my suppliers to buy tons of this, and we sell a lot at Jaan.” “This comes from the Southern part of the Rhône Valley. Unlike your usual Chateauneuf Du Pape, this is a wine made with a blend of Grenache Blanc, Grenache Gris and other white grape varieties. It accounts for just one to four percent of the production of the winery, so it is quite obscure.

To tell you the truth, and I think I’ll get stoned for this statement, but I don’t care — I prefer white Chateauneuf Du Pape than red. It’s so full-bodied, but a nice acidity is maintained. So well balanced and beautiful.”

“This is from Lebanon’s famous Bekaa Valley winery, made with Obaideh and Merwah grapes. Some people say it is like a mix of Semillon and Chardonnay, a very, very, very dry style of wine.

It is not for everyone, and you need to have this with food. It is a cultural wine, so you don’t have to like it, but you should try it once in your life. It’s like listening to the Beatles — a touchstone.”

“Didier Dagueneau is one of the most expensive winemakers in the Loire Valley. In 2005, the patriarch of the family killed himself by crashing the plane he was driving, and that caused the wine to be even more sought-after.

Everyone speaks of this as a biodynamic wine, but it isn’t — it’s a precursor to the biodynamic style.”

“This Viognier wine has a monopole status, so it comes from an appellation only owned by one family. It is also the smallest appellation in the whole Rhône Valley, so when you drink this, it is like tasting a bit of the region’s heritage. There are very limited quantities produced.” 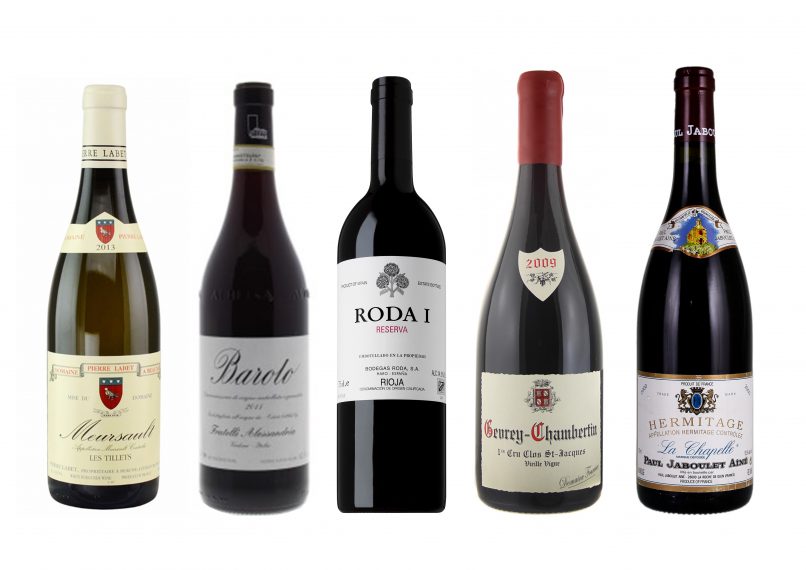 “This is a Meursault from Burgundy, made entirely with Chardonnay. A simple Meursault, and easy to drink.”

“This is a Barolo, so we are entering into a very pricey territory. The 100 percent Nebbiolo wine comes from Piedmont. It is a very fresh wine, a complete contrast to when people speak of Barolo and say it reminds them of headier notes like tar and roses. You definitely need some food to enjoy this.”

“A blend of Grenache and Tempranillo goes into this full-bodied Rioja. Roda is a fantastic winery, a lot of the wine is aged extensively in barrels, and then bottle-aged before sale.”

“This Pinot Noir is from the north in Côte de Nuits. They are one of my favourite wine producers, and what they have put out has gone through a significant change after the chief winemaker passed.

They used to make very big, full-bodied wines, which was trendy in the past, but now, with a new winemaker, the style has become much more useful.”

“This is a wine very special to me, as it is from my hometown, and the chapel depicted on the label is where I began and end my sommelier training. They are a heritage winery, one of the greats from the north in the Rhône Valley.” “Krug is a house that says it doesn’t have prestige cuvées, but if they did, it would be this. 100 percent Chardonnay grapes only from Clos du Mesnil are used to make this champagne. I’ve never tried this, but hopefully, I will be able to one day.”

“This Chardonnay is a premier cru from Burgundy. Henri Boillot is one of the best winemakers from the region. This white wine has a lot of texture, so it is advised to decant and let it breathe before drinking.”

“Everyone knows Domaine de la Romanée-Conti. This is the vintage of the century. I completely overprice this on the wine list, because I don’t want anyone to drink it too young, it needs another 10 years.” 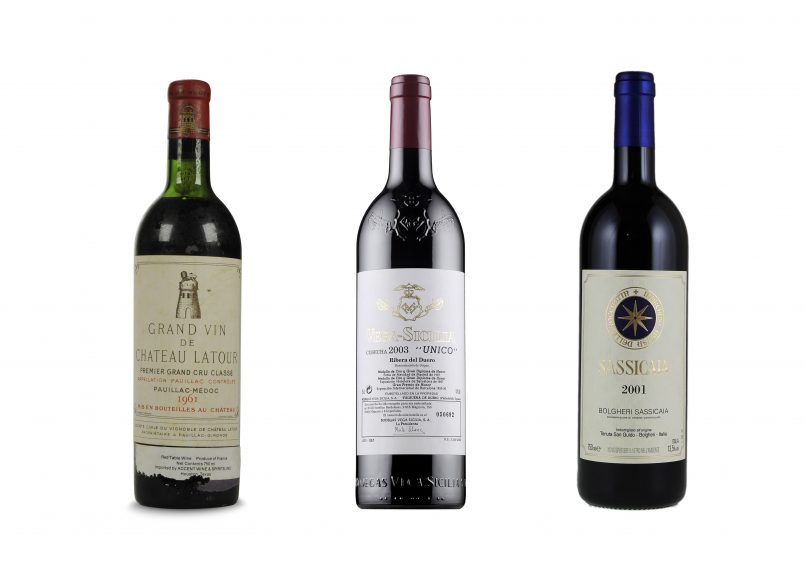 “The ’61 is one of the best vintages of all time, and it is a Latour spoken about everywhere. You’ve heard of it in movies, in conversations; even people that know nothing about wine can namedrop the Latour ’61. If you have this in your cellar, you own a goldmine.”

“This full Tempranillo is a highly prestigious Spanish wine — a worthy investment to make. You would not drink this every day, but I’m sure some people do.”

“You’ll need some prestigious Italian wines, so this one from Sassicaia is a great choice — it is the precursor to the super-Tuscan wines.”

Fairmont Singapore JAAN celine chatte celine chatte jaan how to build a wine collection how to build a wine cellar how to collect wines what wines to collect
Beatrice Bowers
Features Editor
Beatrice Bowers writes about beauty, drinks, and other nice things. When not bound to her keyboard, she moonlights as a Niffler for novels and can be found en route to bankruptcy at your nearest bookstore. Don't tell her boss.
Drinks Beauty