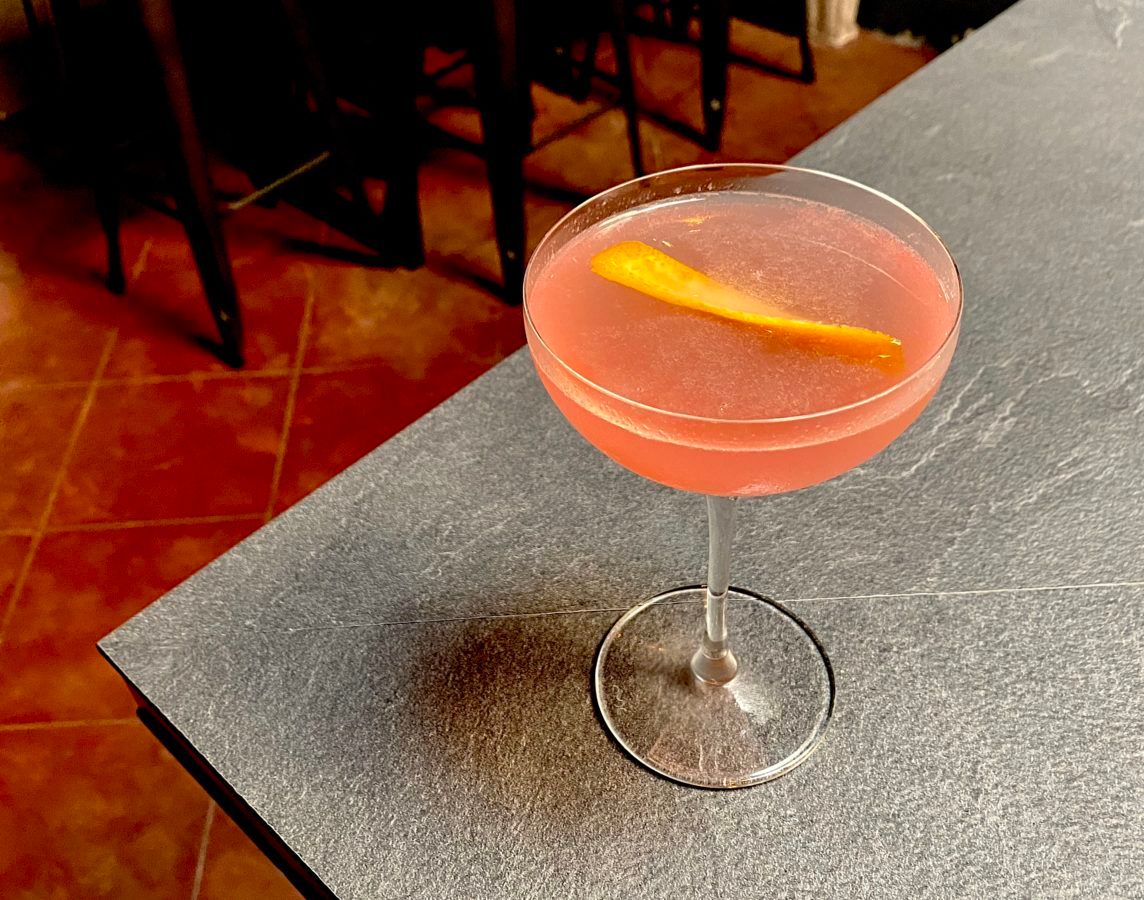 How to update the classic Y2K Cosmopolitan cocktail

Twenty two years on, Y2K is back with a vengeance, or so our June digital cover claims. And what better way to mark it than with the era-defining cocktail, the Cosmopolitan.

While the distinctly pink drink was born in the ’80s, it reached its peak at the turn of this century before slowly dying off. But we like to think of ourselves as tastemakers, however poorly that may be, which is why we turned to Singapore bartender, The Store cofounder, and former Tito’s Vodka brand ambassador Hirman Asnadi to recreate the modern classic and bring it up to date with a twist.

The Cosmopolitan can trace its rise back to 1980s San Francisco, when it was popularised at gay bars in the city. From there, it travelled across the country to Long Island Bar in New York, whose owner Tony Cecchini is widely credited for inventing the modern-day template of vodka, triple sec, cranberry juice, and lime.

But the cocktail really took off in the second half of the 1990s when it was regularly featured in the TV series “Sex and the City.” In the US, “everyone and their mom, tourists visiting, sorority girls, they wanted a Cosmopolitan,” Cecchini told Punch. It was a similar situation in Singapore. “I used to bartend at New Asia Bar (which opened in 2001), and it was mostly women who ordered the drink,” said The Store cofounder Joanne Kok.

By the late 2000s, the Cosmopolitan’s run was virtually over. It became derided for being too sweet and a lady’s drink: “I know less than ten guys who like a Cosmo,” Asnadi noted. Even the ever-reliable “Sex and the City” crowd began gravitating towards spirit-forward cocktails. “The last time I made one was ten years ago.”

When done well, the Cosmopolitan can be fascinating. It should be equally sweet and tart, said Asnadi, and using quality cranberry juice is key. Fresh lime juice is non-negotiable, and he adds either a touch of saline solution for viscosity or sugar syrup to enrich it, depending on who is ordering. “You have to read your guest and explore modifiers accordingly,” he said.

You might also like…
Food & Drink
Italian AF: 8 best bars for spritzes, negronis and other aperitivo cocktails in Singapore
Food & Drink
Four Seasons’ best bartenders in Asia on local recommendations and the best cocktails to order

The Cosmopolitan can also be remixed according to today’s craft cocktail sentiments. For Asnadi, this means swapping vodka for mezcal, a pat of Ancho Reyes chilli liqueur for “a bit of kick,” and rounded out with sugar syrup to create the Mezcopolitan. There is some bar-side pizzazz – the drink is topped with a smoke bubble, then popped with an orange peel – but it adds savoury depths of smoke and spice to the drink’s bright profile. More crucially, it allows the cocktail to reclaim its dignity. “We want the Cosmopolitan to be for advanced drinkers,” said Asnadi.

By Hirman Asnadi, The Store

Shake and strain into a cocktail glass. Garnish with an orange peel.

By Hirman Asnadi, The Store

Shake and strain into a cocktail glass. Garnish with an orange peel.

Drinks Cocktails Bars digital cover
Jethro Kang
Jethro enjoys wine, biking, and climbing, and he's terrible at all three. In between them, he drinks commercial lagers and eats dumplings.
Sign up for our newsletters to have the latest stories delivered straight to your inbox every week.