Hungarian wines are making a comeback after decades of decline

Wine is a universal language. Many parts of the world have similar words for what is essentially the same drink: Vino, du vin, wein — even in Japan it’s called wain. Yet there are exceptions. Only three European languages in the world has its own word for wine — all of which aren’t derived from Latin (vinum). The Turkish call it şarap and in Greece, krasí. The third language? Hungarian. For the latter, the liquor is called bor, a word with origins stemming back to the nomadic Huns who lived in the region around Eastern Europe, the Caucasus and Central Asia between the 4th century AD and the 6th century AD.

Perhaps language is an indicator of its history as Hungary was one of the first wine-producing areas in the world, dating back to the Roman times.

“Hungarian wine is very famous, especially Tokaj wine, which is a sweet dessert wine you can find in a few places worldwide,” said Hungarian Ambassador to Singapore, His Excellency Dr Istvan Szerdahelyi, “Hungary is home to many wine regions which produce white and red wines. We have traditional old Hungarian grapes as well as international grapes like Cabernet Sauvignon.”

“What makes Hungarian wines stand out are really the indigenous varietals that they still produce. These are truly unique to the country,” explained Vincent Tan, Odette’s head sommelier. “While many post-war countries have uprooted their own varietals to plant more high-yielding ones, Hungary has stood firm with their traditions and are able to offer a vastly different experience when it comes to their wines.”

Hungarian wines boast a long history — it’s said to be the oldest of the old world wines — a fact that escapes many today as the country’s viticulture has been under the radar. In fact, wines produced in the Tokaj region — known as Tokaji — holds the honour of being the world’s first appellation-controlled wine designated in 1737. That’s a full 120 years before Bordeaux.

By the 19th century, sweet Tokaji wine was one of the most important wines in the world, coveted by royal customers and noblemen from Ferenc Rákóczi II, Peter the Great, King Louis XIV, Catherine the Great and even Austrian composer Joseph Haydn. The latter received payments in the form of wine.

“Hungarian wines have been around since 1000 AD. It was most prominent between 1500 to 1800 — and was even ranked among the best wines in Europe, alongside that of the French and Germans. Even the word bor suggests that winemaking was introduced to the region by the Turks,” said Tan. “Subsequent invasion by the Ottomans ultimately introduced the Austrians as their liberator and co-monarchy, bringing with them settlers from Germany, Romania, Slovakia and Slavonia — which greatly enhanced their expertise in viticulture.”

“Unfortunately, winemaking has stalled since,” he added.

Indeed, the end of the century saw the decline of Hungarian wine — mainly due to two disasters that hit Hungary. The first, a price collapse that affected Hungary badly when American railway links made it possible for cheap American grain to flood the European market. It didn’t help that this coincided with the phylloxera epidemic that swept across Europe at the end of the 19th century, destroying vines throughout the continent.

While neither disaster fully lead to the decline of the wine industry, these setbacks were doubled when communism spread its red tentacles across the continent. Hungary counted 401 vineyard acres in 1910 as compared to 355 in 1900. The government took control of vineyards, favouring quantity over quality. This eventually lead to the disintegration of many of the country’s unique varietals and distinct quality of vinification. 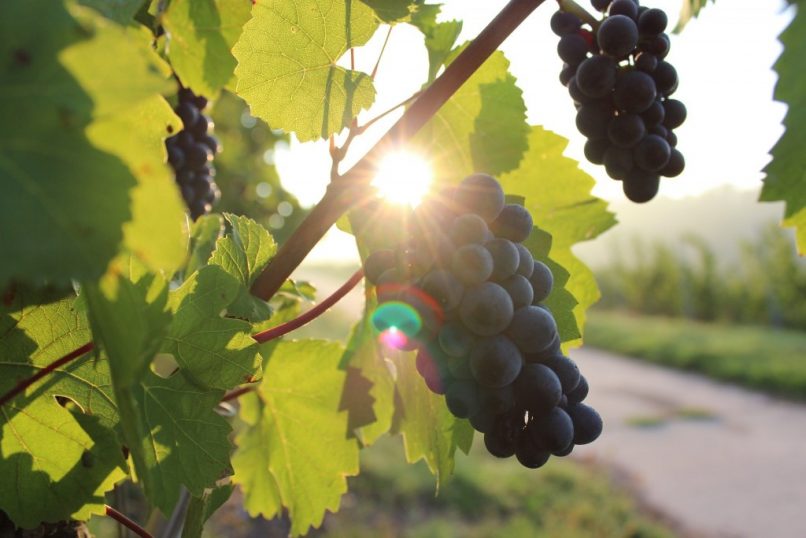 This is one of the reasons why Hungary’s wine reputation is almost non-existent, especially next to its European counterparts such as France and Italy. “Most people are actually surprised that we make any wine at all,” said Gábor Banfálvi, co-owner of Budapest culinary tour company Taste Hungary in an interview with Eater.

The most popular wine regions in Hungary

However, the past 20 years have seen Hungarian wines slowly making a comeback. While there are at least 22 historic wine regions in Hungary that extend to all four corners, the most prominent ones are the Tokaj region, Eger region and Villány, Hungary’s most southern wine region.

Out of which, the Tokaj region in northeastern Hungary is the country’s most famous and first delimited wine region in the world — with viticultural traditions dating back at least 1,000 years.

The vineyards in this UNESCO World Heritage Site are planted in fertile soil below a large extinct volcano and the foothills of the Zemplén mountains — boasting all the makings of a world-class wine region. From its mixture of loess and volcanic clay soil to its microclimate and indigenous grape varieties, these factors contribute to the distinctive personality of its wines. In fact, the region’s most famous wines are some of the world’s greatest dessert wines.

“This wine has an amazing gold-amber colour, honey, pruned apricot aromas, with some honey and citruses on the palate,” said Bánfalvi. “It has a beautiful creamy texture and can be aged for centuries.”

Tokaj wines, while not as popular here, have been introduced in fine-dining restaurants in Singapore. “I believe that Tokaj is a very good example of a great wine perhaps deserving much more exposure in the world. As a dessert wine, it is really well balanced, with great acidity balancing the sugar,” said Tan. “While most would struggle to finish more than a glass of dessert wine, a Tokaj is much more palatable and can be enjoyed without the usual cloying sensation.”

“It is a wine that we feature on our menu pairings at Odette, as I personally would love to introduce Tokaj to more people. For example, we pair it with our Lemon T’art, a dessert that is relatively tart and thus stands up well to the sweetness of the wine, which is also similar in structure due to its acidity,” he added.

The vineyards of the Eger region, approximately 97 kilometres east of Budapest are also just as prized. They are best known for the ubiquitous Bull’s Blood, made out of a rich blend of native and classic grape varieties — namely Kékfrankos, Kadarka, Zweigelt, Cabernet Franc, and Syrah, though each winemaker will have his or her own combination.

This wine was invented in the early 20th century by Jenõ Grüberc — with no actual blood infused, despite its menacing name. “Grüberc came up with the name and the idea of creating a blend that is better quality than the individual wines that go into it,” said Bánfalvi. “I think he must have just thought it was a catchy name, it reflecting the proud history of Eger and the qualities of the wine at the same time.”

At 14 percent alcohol, Bull’s Blood is rich and powerful — great for those who prefer stronger wines.

Is there a demand in Singapore?

Ask around, or even go to a bar, and most people wouldn’t be able to name a Hungarian wine — other than perhaps, a Tokaji. Even more surprising when one finds out that Hungary produces high-quality whites and reds.

“The whites of Hungary, with its freshness, would actually be great with our seafood-led cuisines. With proper introduction, I believe people would be more than open to trying them — if we could only have more people bringing them into the country,” said Tan, “In recent years we have seen much wines from Croatia, Slovenia and even the Middle East appearing locally, so there is definitely the possibility.

“If you go to speciality shops, you can find Hungarian reds and whites as well,” he added. Perhaps a testament to the increasing popularity of Hungarian wines in Singapore is the launch of stores such as Monarchs and Wines, who are dedicated to bringing and introducing an exclusive range of Hungarian wines to the market in Asia. Even Wine RVLT, Singapore’s first natural wine bar, has a selection of Hungarian reds available for customers who want a first taste.

Here’s where you can start

If you want to delve into the world of Hungarian wines, start with the most common ones, such as Bull’s Blood and Hetszolo — an estate dating back to 1502 that is currently owned by the Reybier Family, the names behind Cos d’Estournel in Bordeaux. The latter is recommended by Tan, who described it as “extremely well balanced in terms of sweetness and acidity.”

“Another prominent one is Diznoko, arguably one of the oldest names in the region, and has been regarded as one of the First Growths since the 1700s,” added Tan.

For something more sophisticated and refined, try the 2007 Essencia by The Royal Tokaji Wine Company, described as the rarest dessert wine in the world. It is best served as a digestif served by the spoon, complemented by a canapé. “Yes, it is a sweet wine, but taste it and you’ll be addicted for life,” Bánfalvi said.

Whether the popular Tokaj or more underrated Hetszolo, Hungarian wine is definitely a provocative and unique choice to bring out to guests. “[It] is something we’re proud of. It’s very special,” said Ambassador Szerdahelyi.