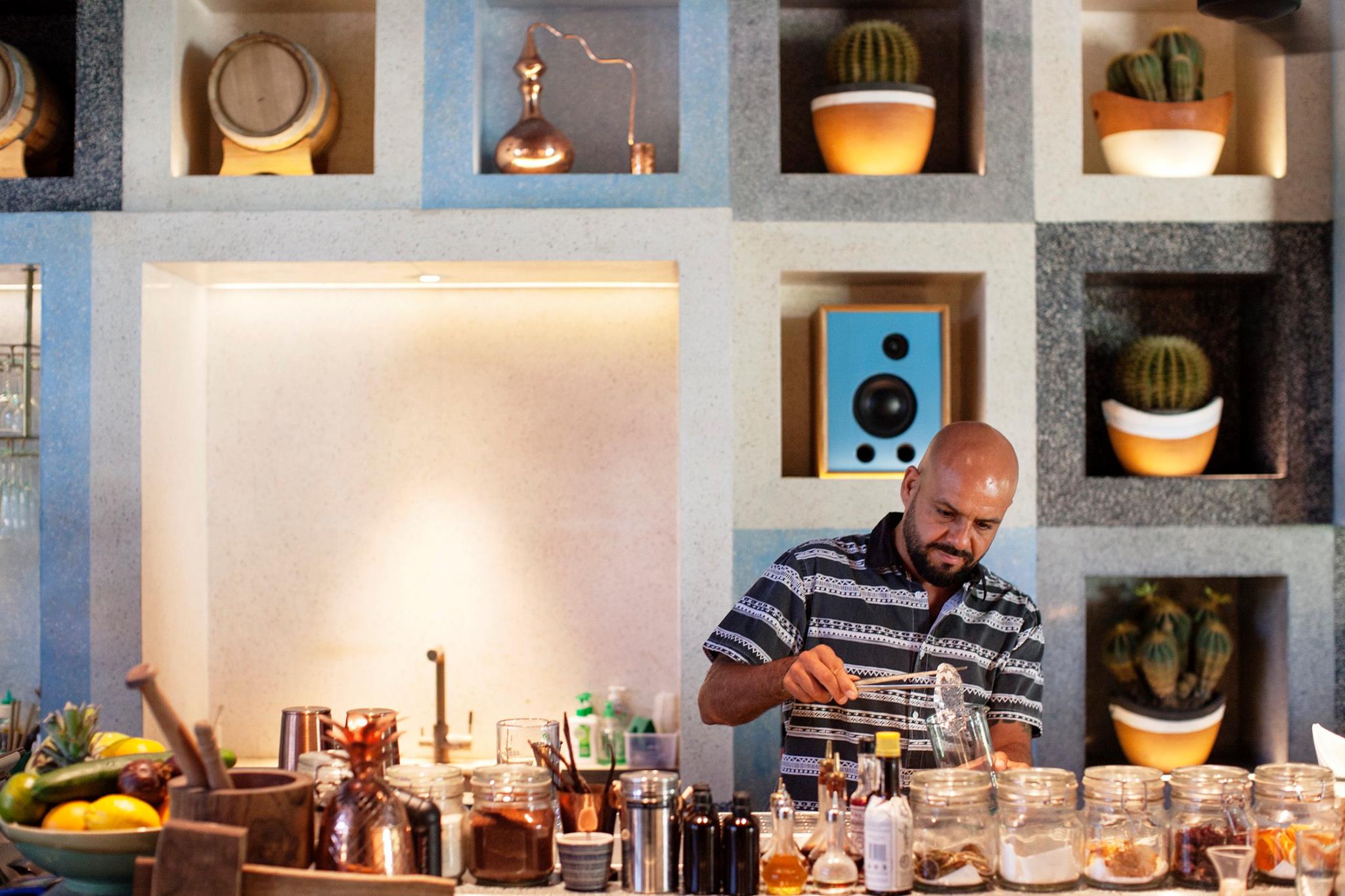 If there’s someone who knows his drink inside out, it’s mixologist Dré Masso. The 40-year-old is Director of Mixology at hospitality group PTT Family (which operates Potato Head Folk here and Attarine in Jakarta) and has spent the last two decades working in nightspots across Indonesia, London and Singapore. He’s also the author of Classic Cocktails at Home, a newly released book containing some 50 cocktail recipes.

With his wealth of experience in spirits and mixology, Masso is the perfect person to consult for bar recommendations. So we did just that. Spanning Bali, Jakarta and our little red dot, here are six of Masso’s favourite drinking spots.

Launched last December, Baker Street Social is the first late-night speakeasy to open in Bali. True to its Prohibition-era concept, the bar carries no signboard on the outside and is surreptitiously tucked away on the second floor above a barber shop and café.

With its dark interiors, opulent candelebras and mural of the Virgin Mary, this Jakarta speakeasy is an intimate space with a dash of gothic glamour. It serves up Tiki cocktails and South American-inspired bar bites.

Masso’s go-to drink there is the Jaliscoffee, which combines coffee and tequila — his favourite spirit. Lola also scores bonus points for its excellent jazz music, which provides the perfect soundtrack to a laid-back night of revelry.

This New York speakeasy made waves earlier this year when news broke about its debut in Singapore. The local outpost is situated along Amoy Street and marks the bar’s first venture outside of the Big Apple.

Masso is a fan of the Singapore outlet and dubs it “a bar made by bartenders, for bartenders”. His usual orders include its whisky-based Old Fashioned and its signature Manhattan, which comprises rye whisky and Italian Vermouth stirred with Orange Curaçao and dashes of Angostura Bitters.

Opened by Masso and the PTT Family, this cocktail bar is located at the lobby of Katamama hotel in Bali. The establishment also functions as a training space for bartenders and conducts masterclasses for hotel guests.

Masso suggests stopping by the bar on Friday nights, which are dedicated to showcasing Negroni cocktails. Akademi’s Negroni is aged for 30 days in an oak barrel, resulting in a smokier flavour that tastes divine over ice.

Set in a refurbished shophouse along Bukit Pasoh Road, this Japanese Ginza-style bar is a sleek venue decked out in wood panelling and leather seats, which Masso proclaims “the most comfortable bar stools in the world”.

The establishment specialises in bespoke cocktails and offers an extensive range of premium Spanish sherries, French Calvados and Armagnacs, and rare vintage rums. If you can’t decide, get Masso’s usual: A Dry Martini.

This soon-to-open two-storey restaurant in Bali offers hearty bowls of ramen with various broths and toppings. After filling your stomach, head upstairs to its bar for tasty cocktails and Japanese craft beers such as Hitachino Nest Beer.

Masso has had a sneak preview of the place and recommends its signature Eastern Paloma cocktail, which is a blend of Kakubin whisky, tequila and homemade grapefruit soda. Now you know just what to order when Mad Ronin opens its doors on September 2.